The Gila River Indian Community held a Special Election on several proposed constitutional amendments to the GRIC Constitution on May 3. The proposed amendments were based on recommendations from the Tribal Constitution Reform Project as a way to pursue self-determination through the reconstruction of its Constitution (adopted in 1960) to better suit the Community.

In order for the results to be valid, the Special Election needed 30 percent of 6,463 registered voters to participate—approximately 1,939 voters. The election did not meet this requirement. According to the results of the vote, certified by the Community at the second regular monthly meeting of the Community Council held May 18, 1,118 ballots were cast. The vote fell 821 voters shy of the 30 percent.

When voters went to the polls on May 3, they were posed with five questions for “Yes” and “No” votes on changes to the GRIC Constitution.

According to the official results, voters voted “Yes” on Questions 1, 3 and 5, and “No” on Questions 2 and 4. The three “Yes” votes were for changes to Article VI-Qualifications (Question 1), Article IX Vacancies (Question 3), and Article III-Membership and Article XV-Powers of the Gila River Indian Community (Question 5).

Even though the most recent GRIC Constitutional Amendment Election is over, Community members still have the chance to make their voices heard at upcoming amendment elections, which will cover a variety of important issues facing the tribe.

A decision by the Community Council will determine when the next Constitution Amendment vote will take place. 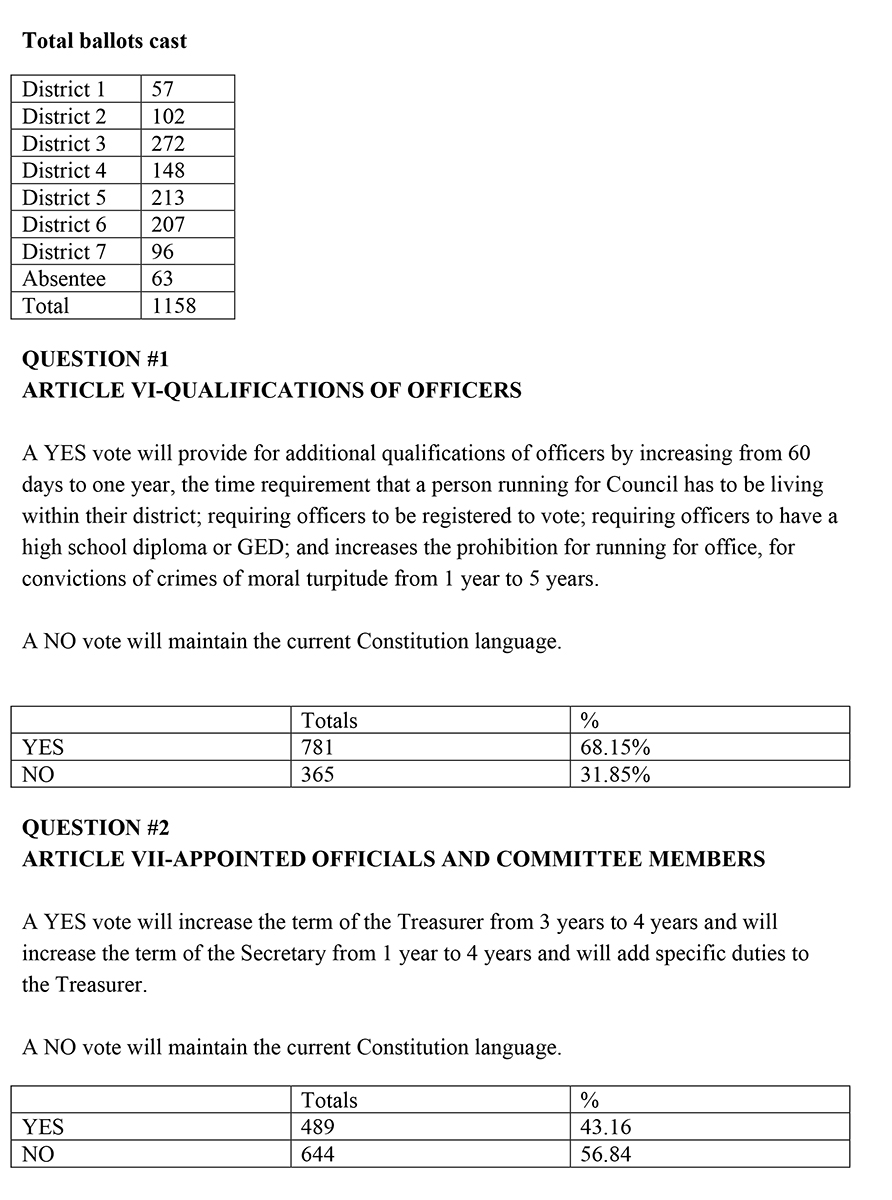 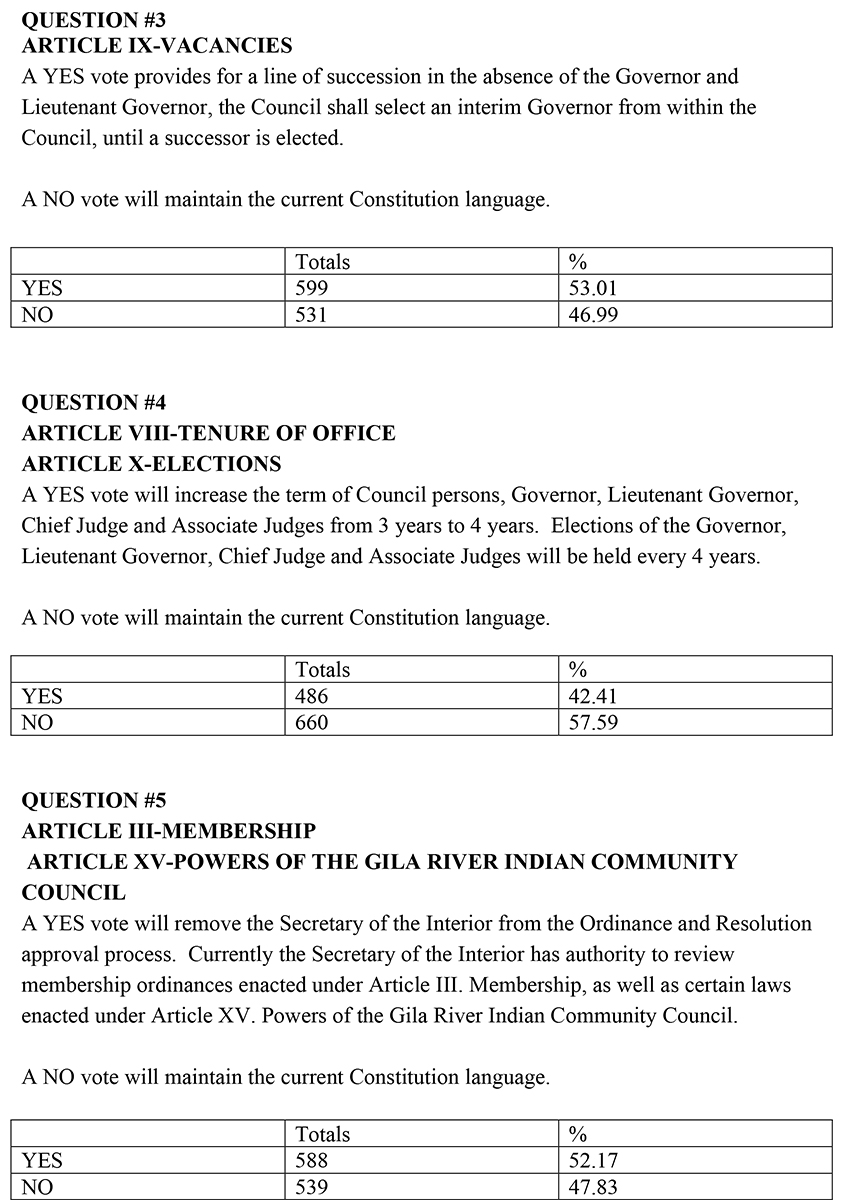