The world is full of people telling you what to do and advertisers telling you how to be, but the youth of this generation are on a mission to shape their own future.

The theme of the 26th Annual Gila River Youth Conference, “Shapeless,” is a nod to the idea that individuals don’t fit a mold, and, with the right encouragement and opportunities, the youth are free to define themselves.

“We are many shapes and colors, and just one shape doesn’t define us,” said the Youth Conference Female Co-Chair Autumn Cooper (District 4).

The Gila River Youth Conference is hosted by the Akimel O’odham/Pee Posh Youth Council every year, but it’s not just for youth council members.

For the second consecutive year, the Gila River Youth Conference was held at the UltraStar Muli-tainment Center in the Ak-Chin Indian Community. UltraStar is a family-friendly center with fun activities like bowling, laser tag, pool tables, and arcade games.

The conference is a place for the Community’s teen crowd to make new friends and learn new things.

This year, workshops included Remains of our Ancestors, by Edie Thomas, where students learned about the Akimel O’otham from archaeologists perspective, and Eth Jeved (Our Land), a presentation by Culture Coordinators Anthony Gray and Tammy Histia about the “geographical knowledge of our ancestors through stories, songs, and memories,” according to the instructors.

Culture classes were a major part of the conference this year. “There was pottery; we had a language class; we had the history; and gourd making,” said Enrique Holguin, the Youth Conference Male Co-Chair. “Then the culture night. We have it every year, but this time we actually all came together as four tribes, our sister tribes.”

On the evening of the last day, the youth held a culture night. All four of the O’otham sister tribes came together to sing traditional songs and wrapped the room in a social circle dance.

Other workshops had students discussing sex education, suicide prevention, conquering obstacles, leadership, health, empowerment, financial management, and many other life-skills that adolescents rarely have the opportunity to discuss openly.

Basketball slam-dunk artist and international star Kenny Dobbs offered a dose of inspiration and left the students awestruck with his story and b-ball skills.

The Phoenix native and Choctaw Nation citizen spoke about his faith and cultural pride while stressing the importance of gratitude and never giving up, then he gave a demonstration on the blacktop basketball court.

“He came from a really bad background…and that’s something that we can relate to,” said Holguin. He said Dobbs is an inspirational figure and shows that by seizing opportunities and fighting bad influences, you can shape a better future for yourself.

“My favorite thing from this year’s conference was a presenter that we had,” said Sarah Francisco (District 6). “Her name is Matika Wilbur and she spoke on what it means to be indigenous to her.”

Wilbur (Swinomish and Tulalip) is a world-famous photographer. She has been photographing indigenous people for years and spoke to the youth about her latest effort, Project 562.

“Her whole thing is she shows what she values through photography. … She wants to kind of break the stereotype of what it means to be Native American.”

Francisco said she was inspired by the courage it took for Wilbur to strike out on her own, despite the challenges.

“She took a really huge step in doing that, but look where she is now. [Don’t be] afraid of what comes next, just go for it if you feel it’s right and just do it if you’re passionate about it.”

The Youth Conference is also a place for the Youth Council to recruit and vote-in new representatives. Youth from all seven districts attend the conference and are encouraged to vote for their respective district reps.

The conference ended on a high note with chicken scratch music from D Faktion Nyne. 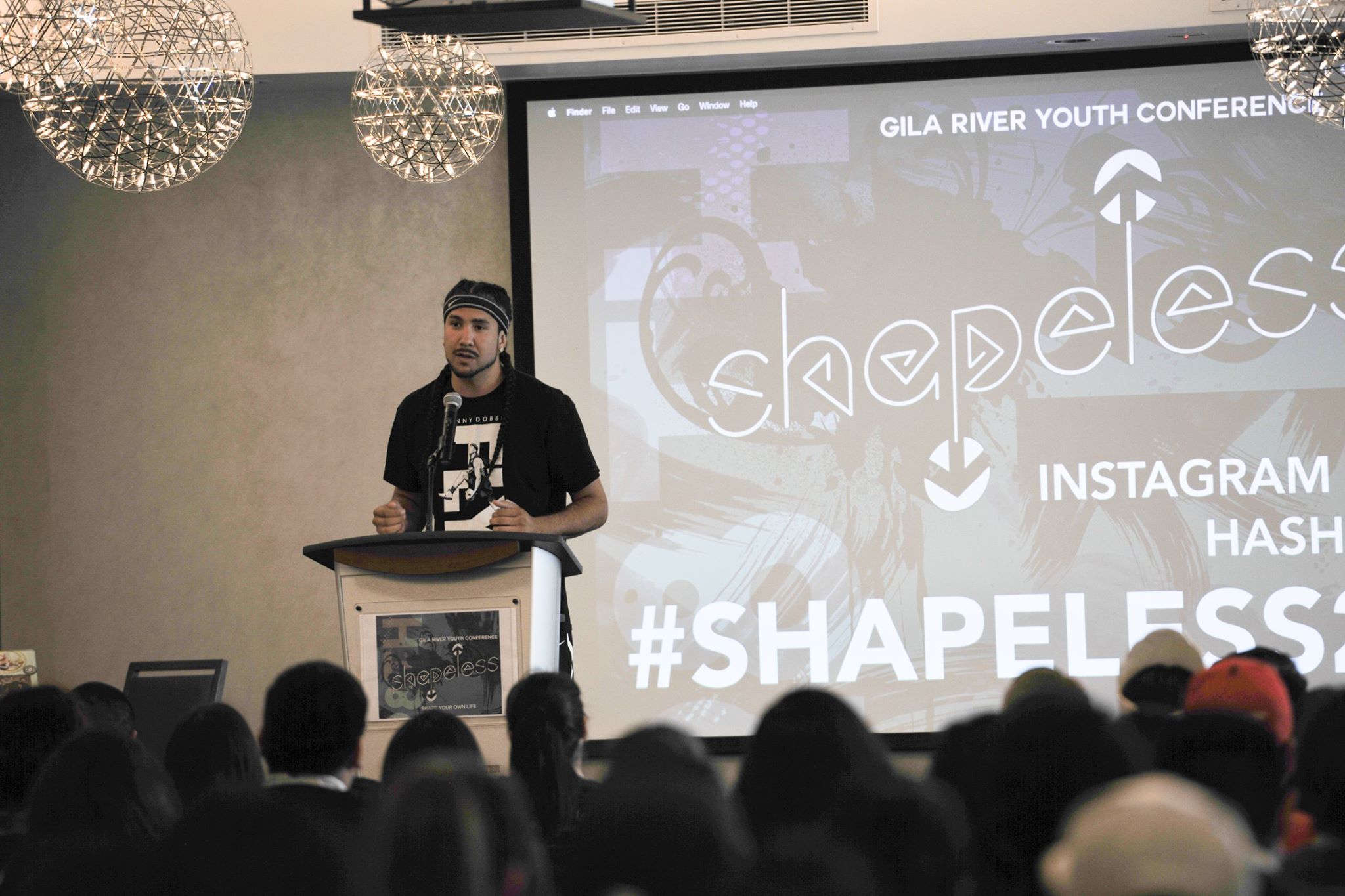 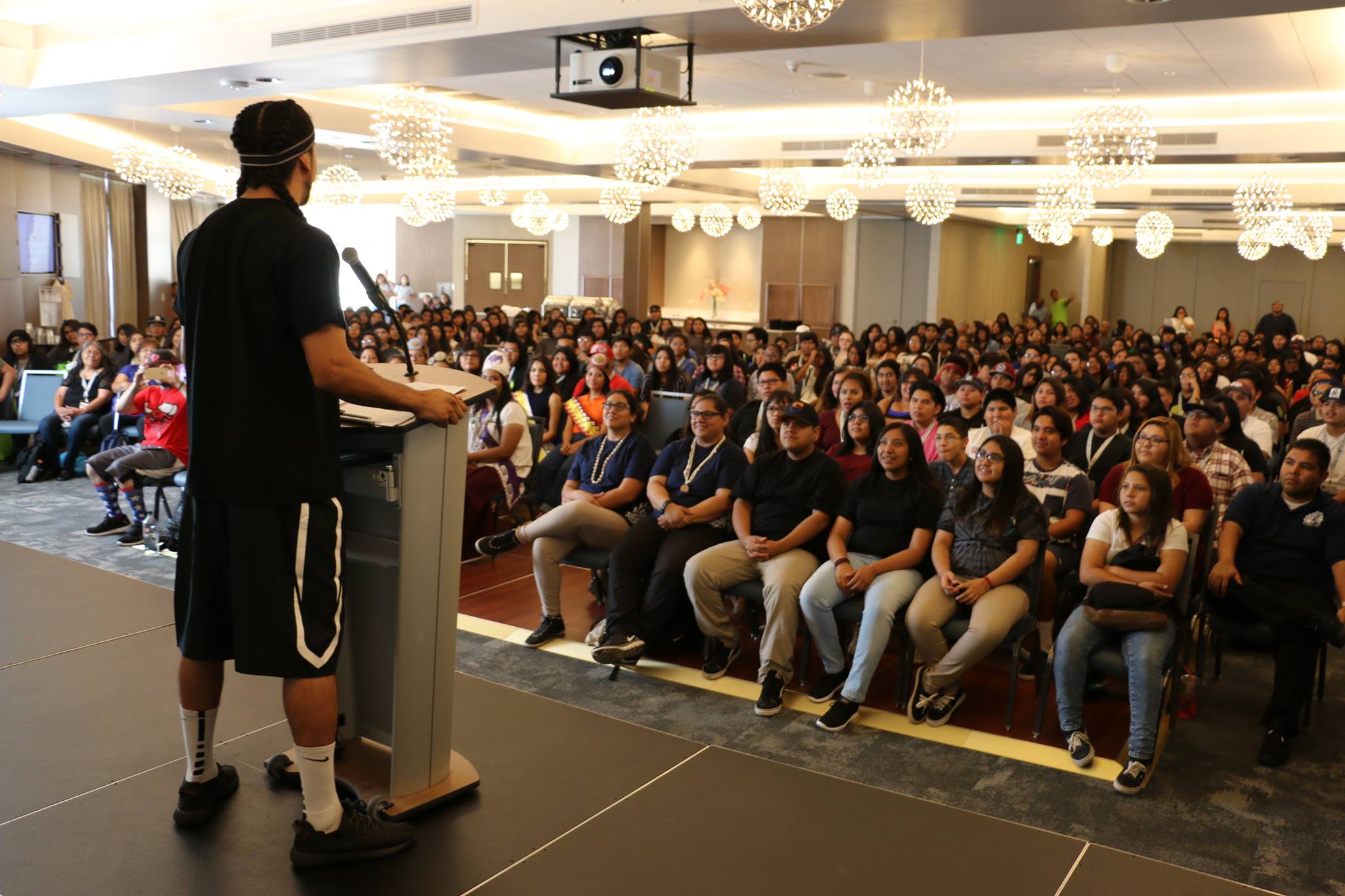 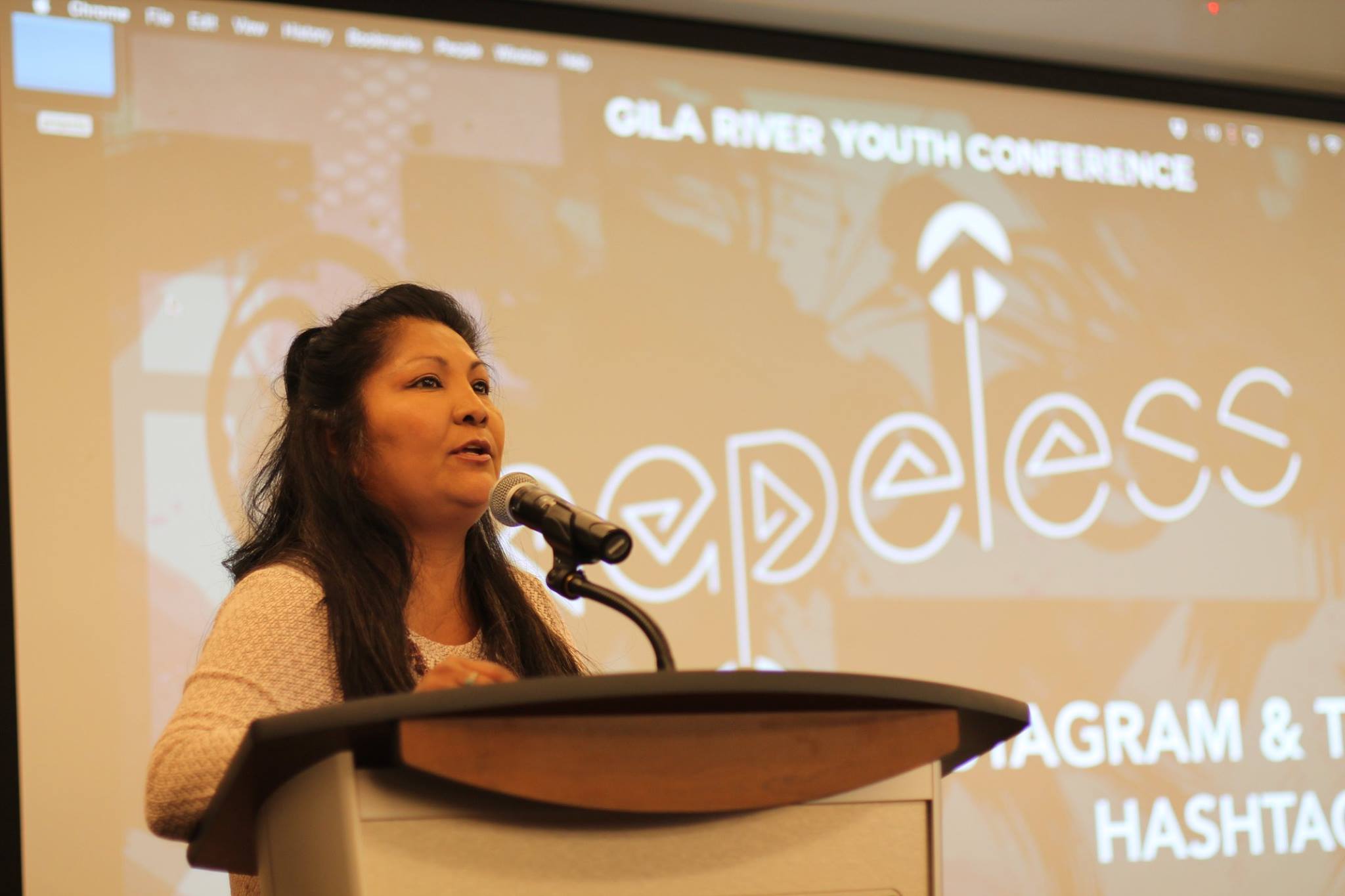 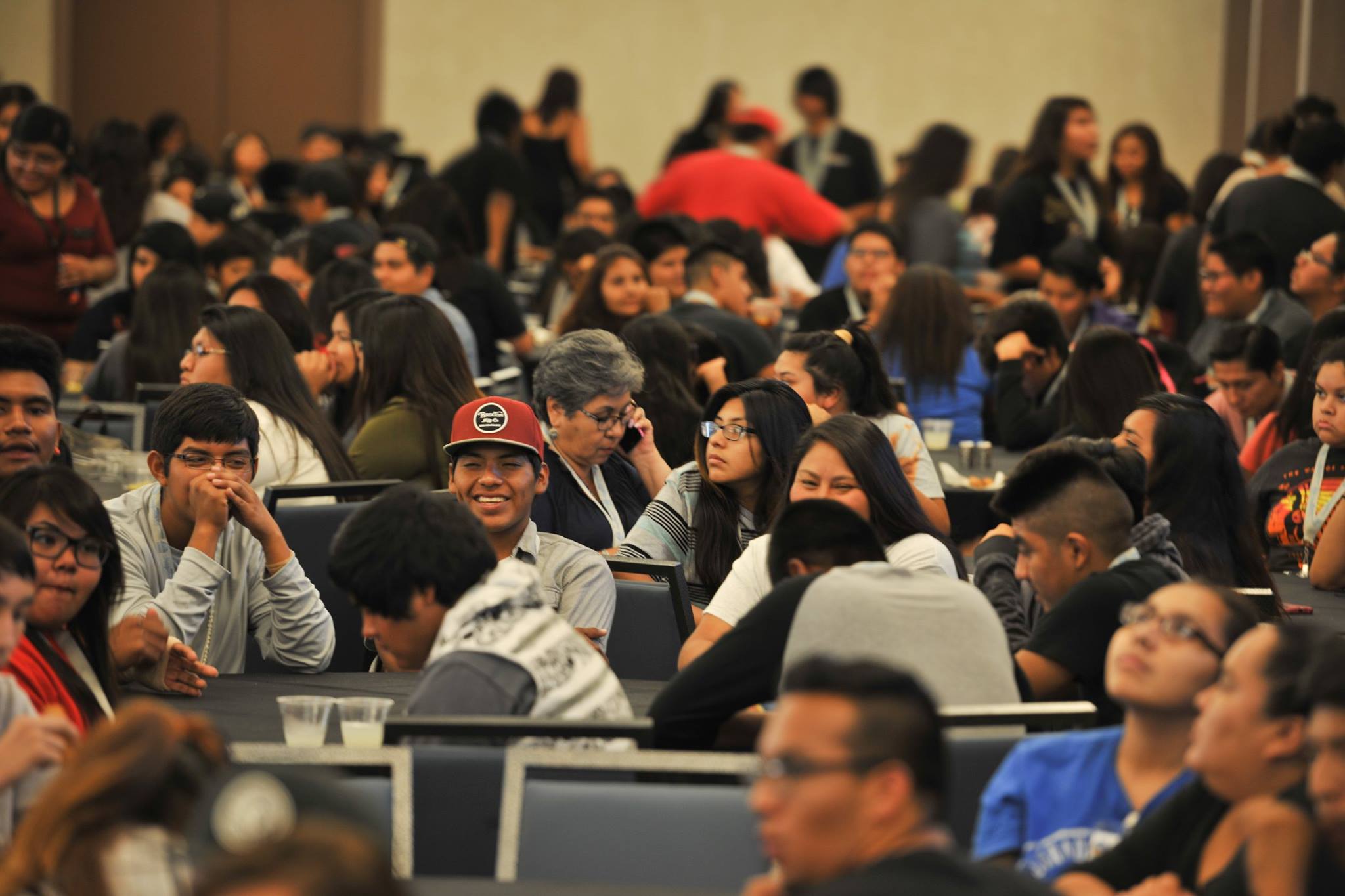 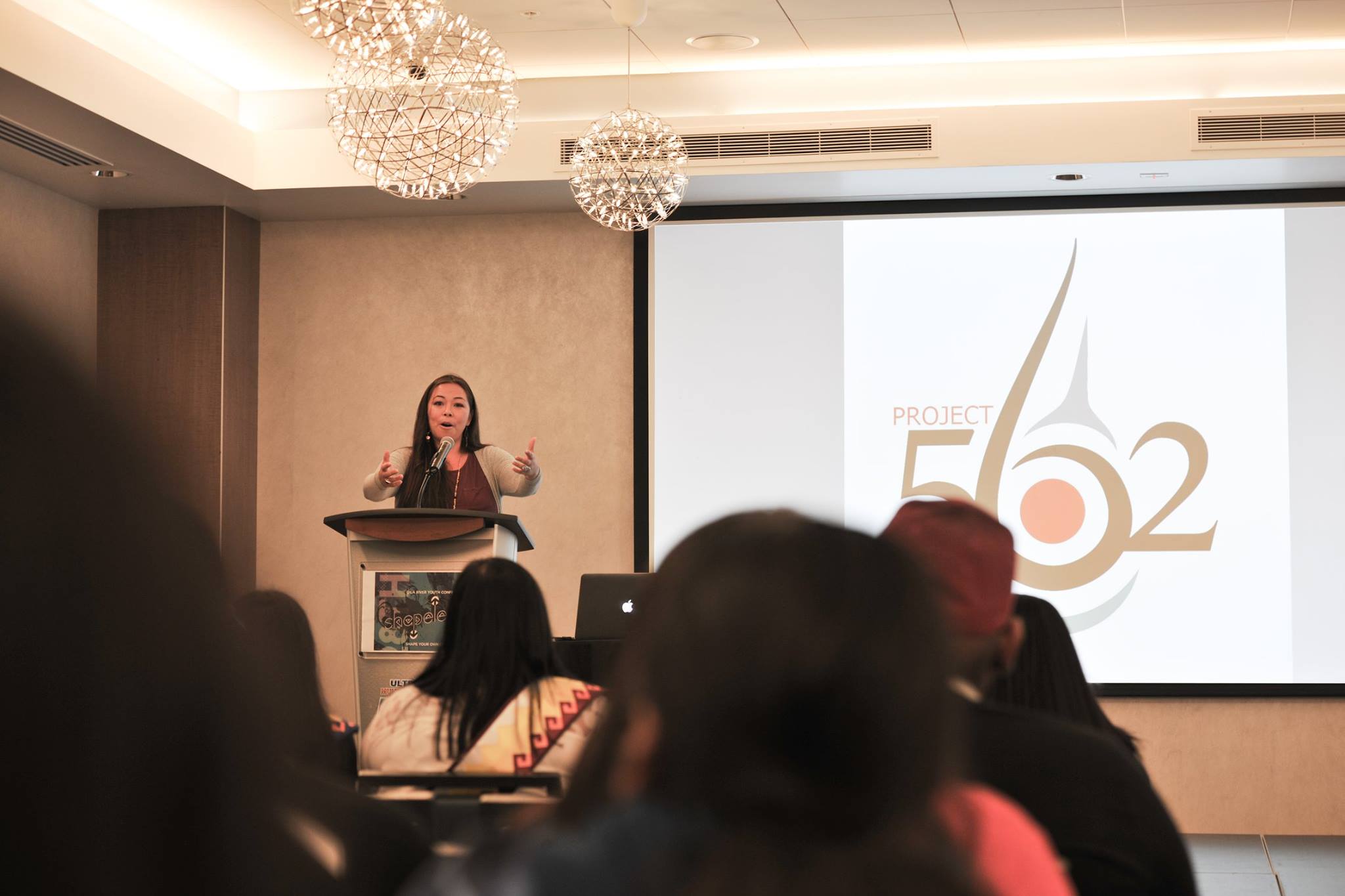 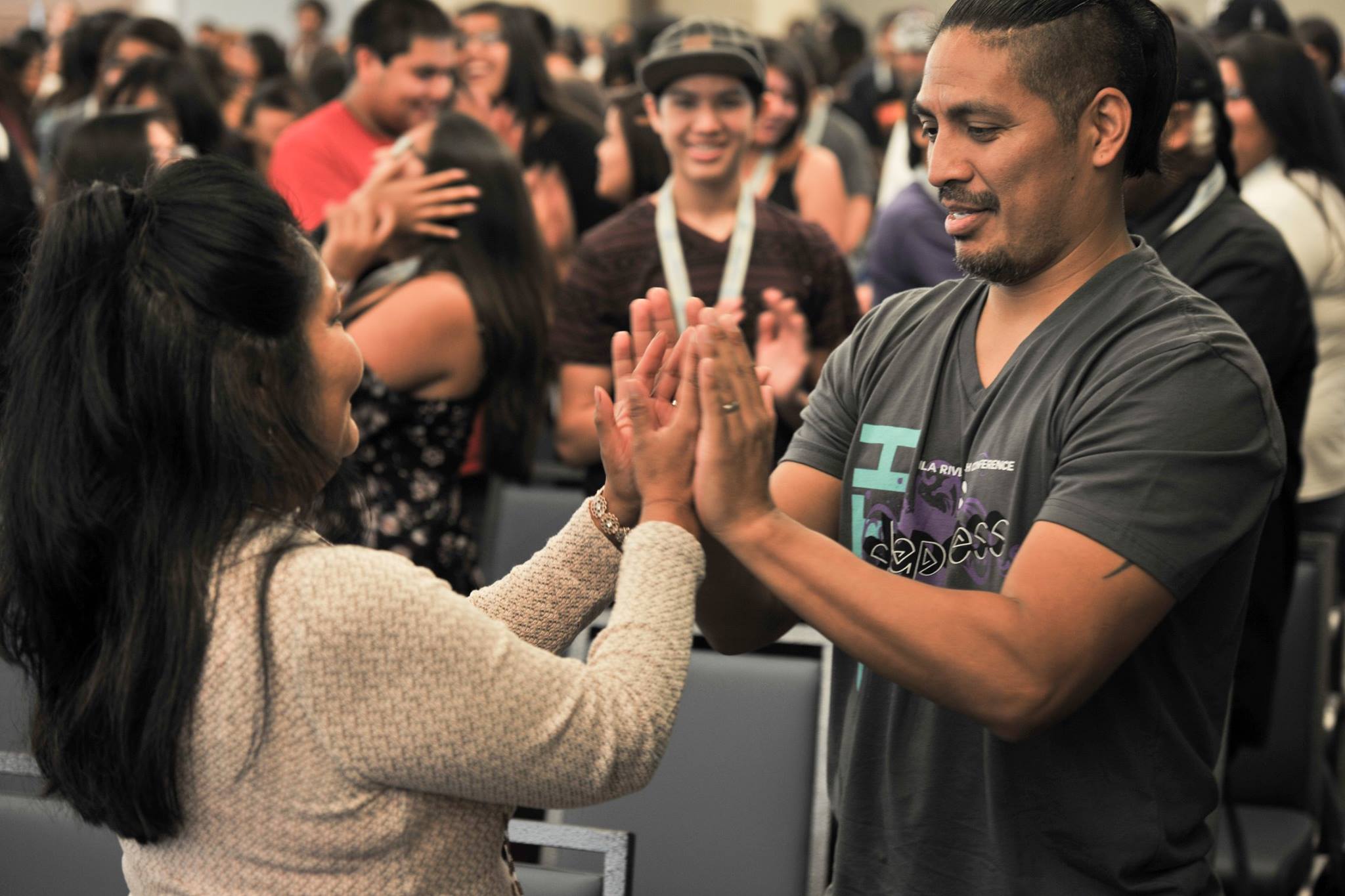 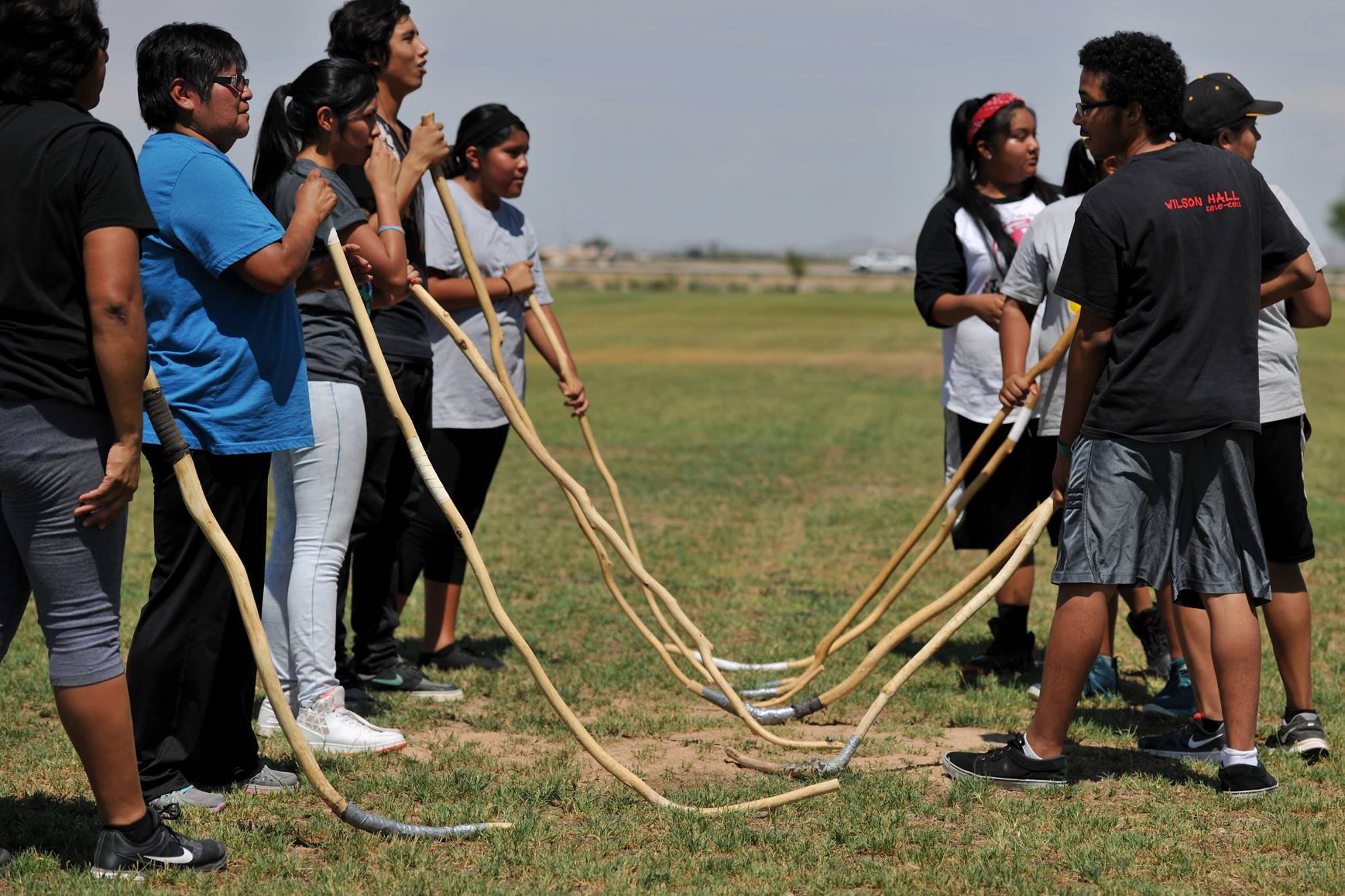 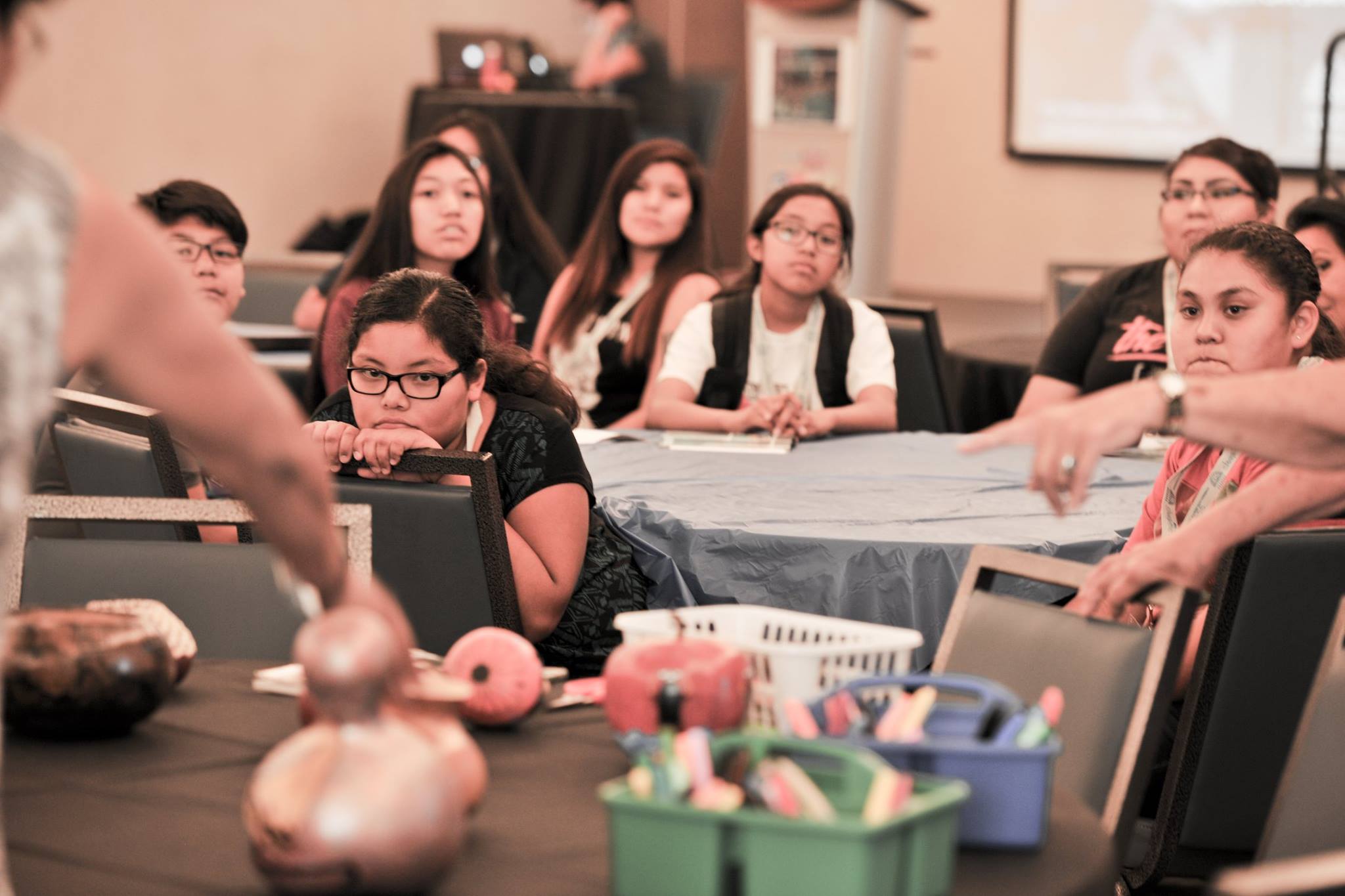 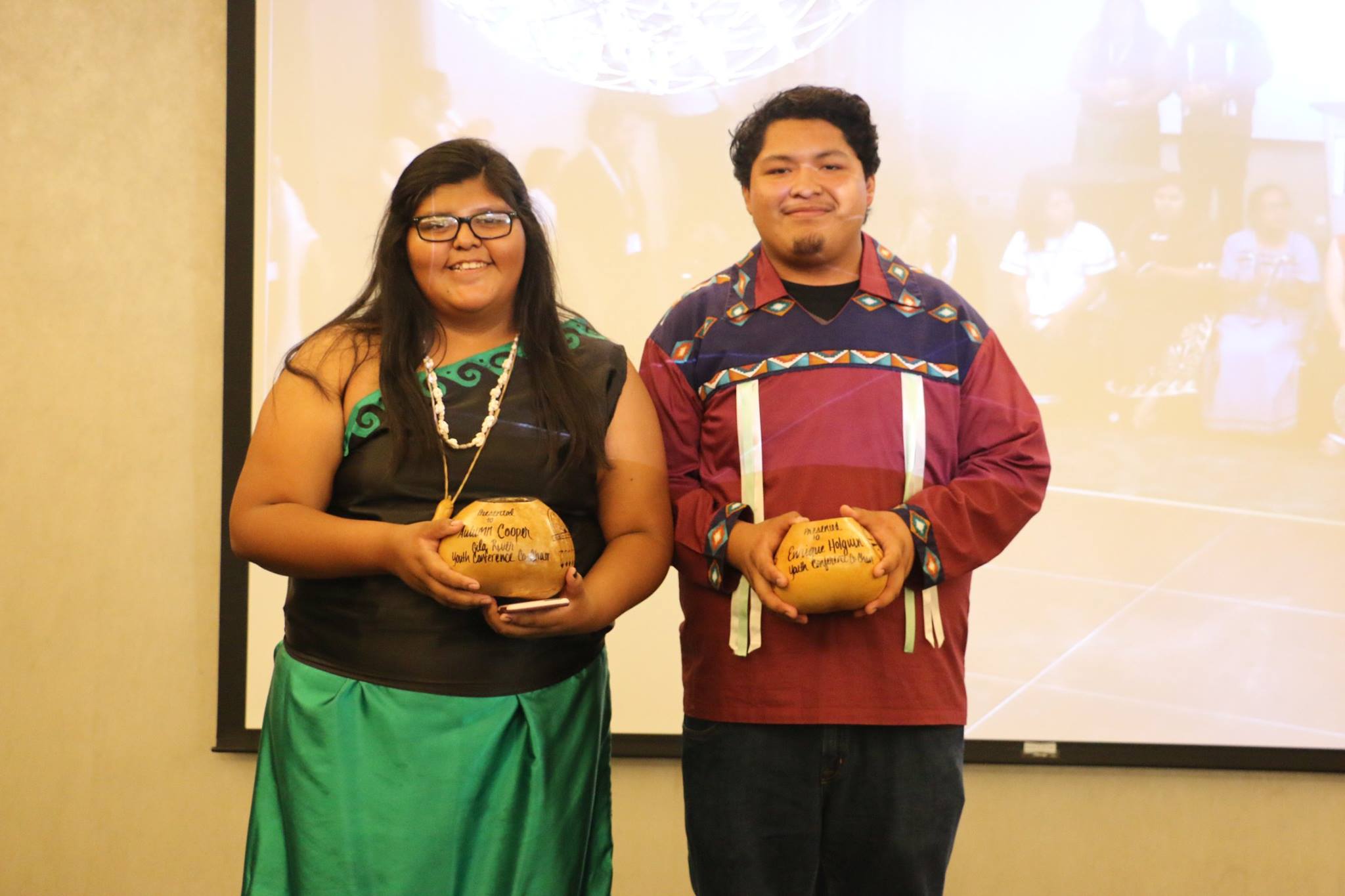 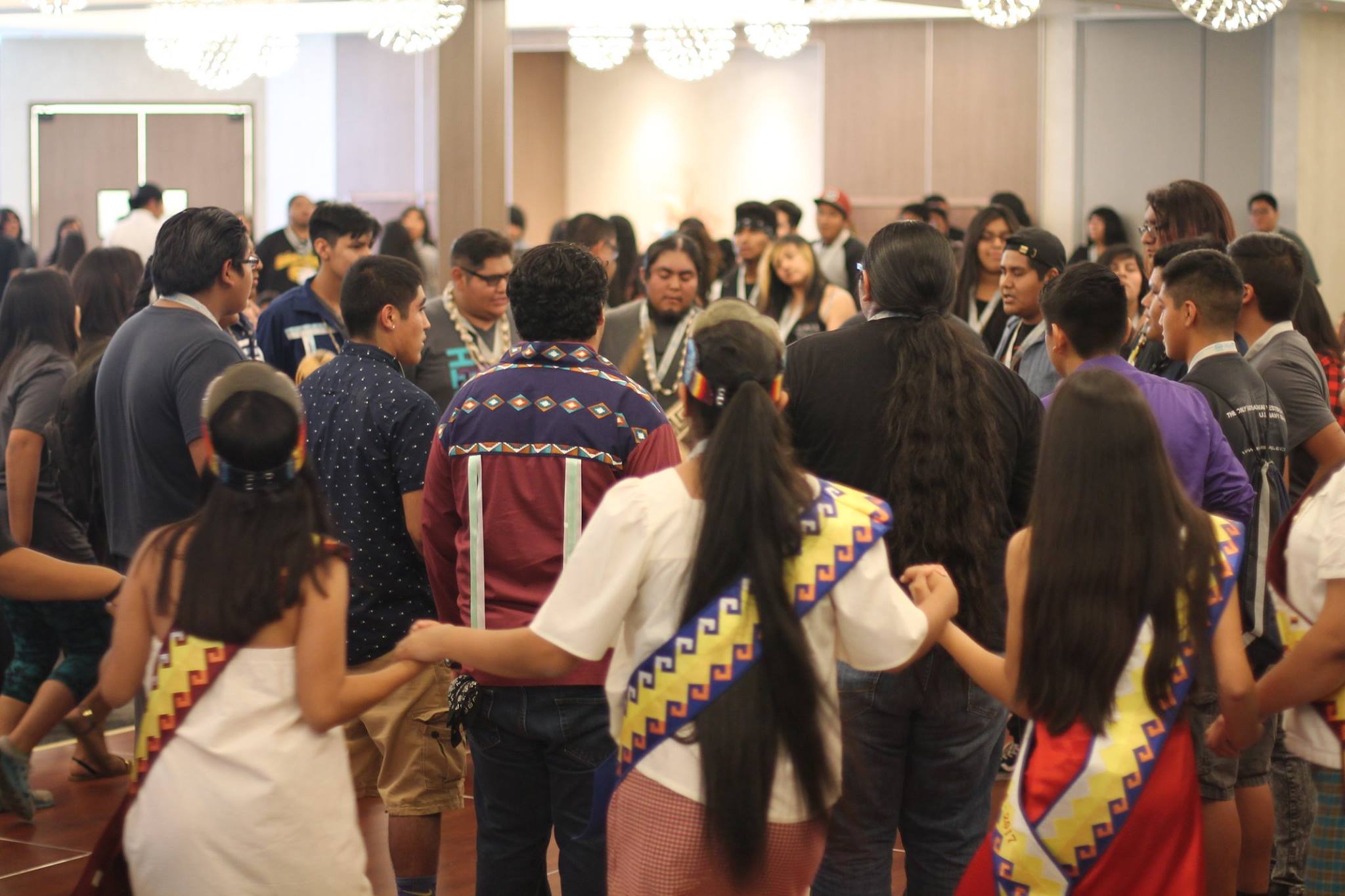 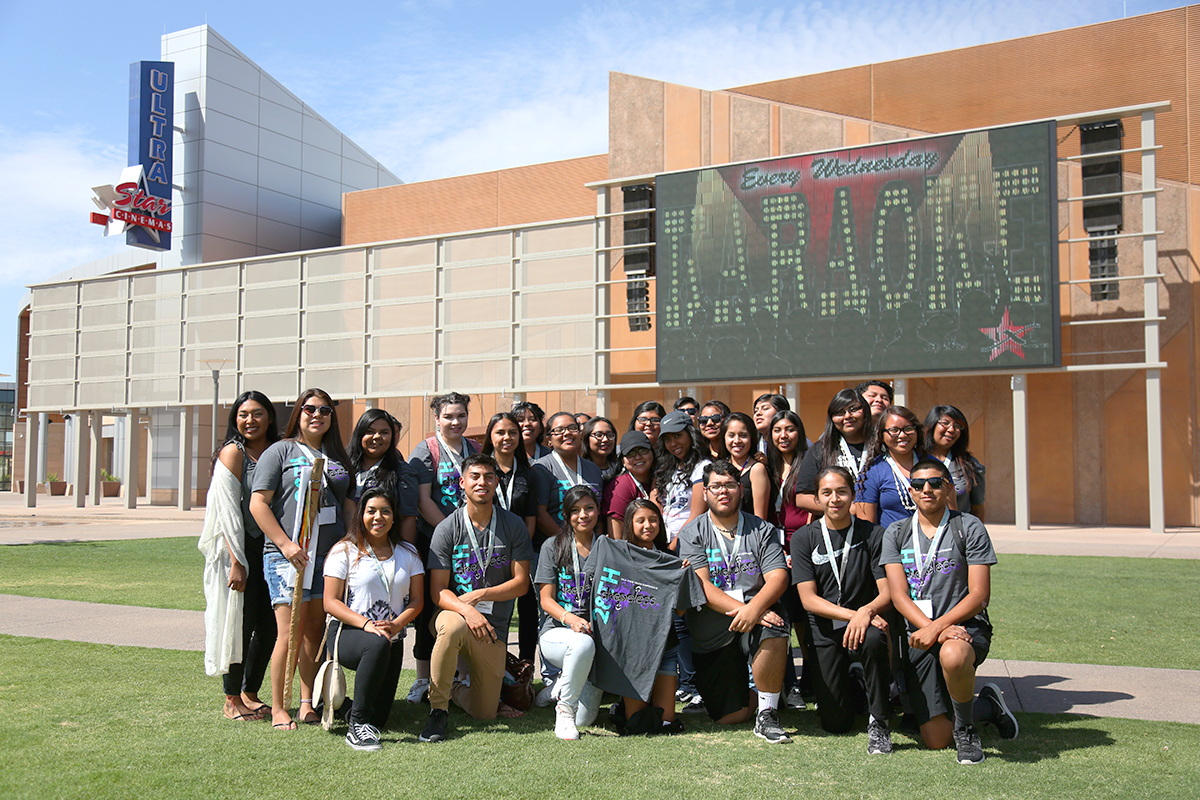