Fifty-six Sacaton Middle School students sat in the center of the school’s gymnasium, on the evening of May 18, nervously awaiting their promotion from the 8th grade, and beginning their journey into high school.

Many of the students nervously tapped their feet and wrung their hands, while a few smiled, and others shed tears. But even though many of the students were anxious and quite possibly a little frightened, they were all the center of attention for hundreds of proud parents, friends, and staff who came to witness the momentous event.

Principal Phillip Bonds took to the stage, asking the students to set their expectations high in life, to follow their hearts, and choose their friends wisely as they move forward through life.

“Members of the Sacaton Middle School Class of 2016, real success in life requires respect for and faithfulness to the highest of human values,” said Bonds. “These being honesty, integrity, self discipline, dignity, compassion, humility, courage, personal responsibility, courtesy, and most of all, human service.”

Following Principal Bond’s speech, guest speaker Gila River Indian Community Children’s Court Judge Jay Pedro, stepped up to the podium saying that it was his distinct pleasure to be at the promotion for two reasons. One, that he was an alumni of the school, which at the time was called Pima Central School, and two, that his mother Henrietta Pablo had been a teacher at Sacaton Elementary School for many years.

“At one time, I was a Sacaton Brave just like you,” said Pedro. “And tonight, I am proud again to represent the colors blue and gold.”

Pedro emphasized that while the students achieved an important goal by completing middle school, it was vital to begin their journey into life on a positive path. He asked the students to do this by thanking their lifetime teachers, their parents and family members, who, he said, will continue to teach them as they move forward through life.

“Tonight, in honor of your accomplishment of finishing your middle school education, your parents are proud of you, your families and I am proud of you. Now you will take the next step in the educational process, high school. You might find high school a little different than middle school, it might seem complicated at times, it might seem overwhelming at times, but you can get through it.” 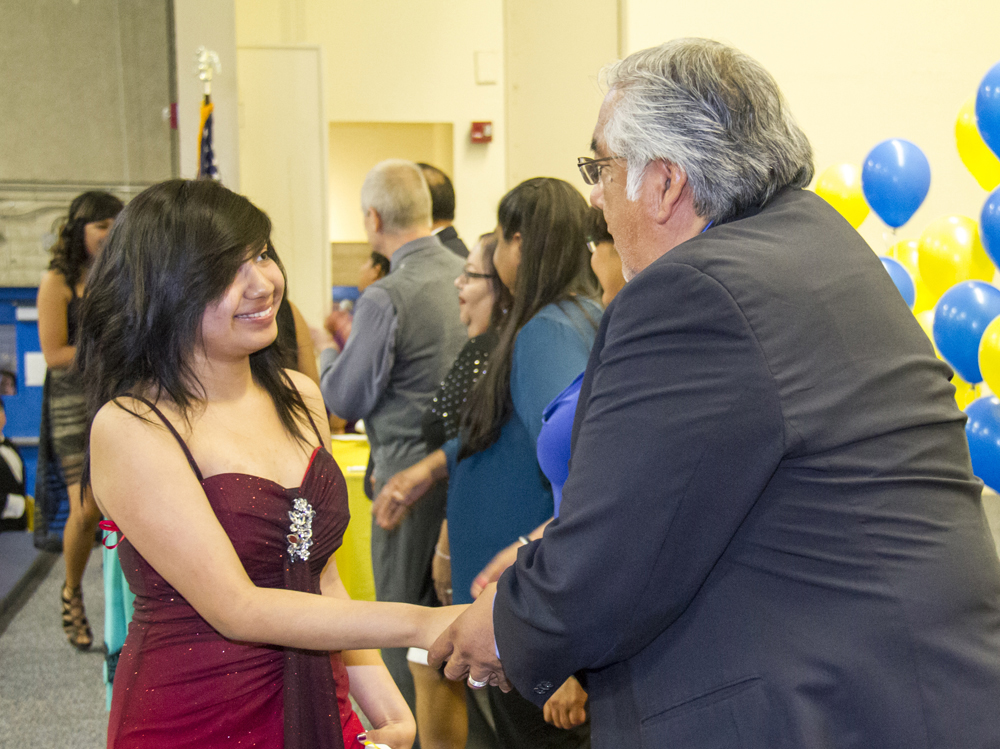 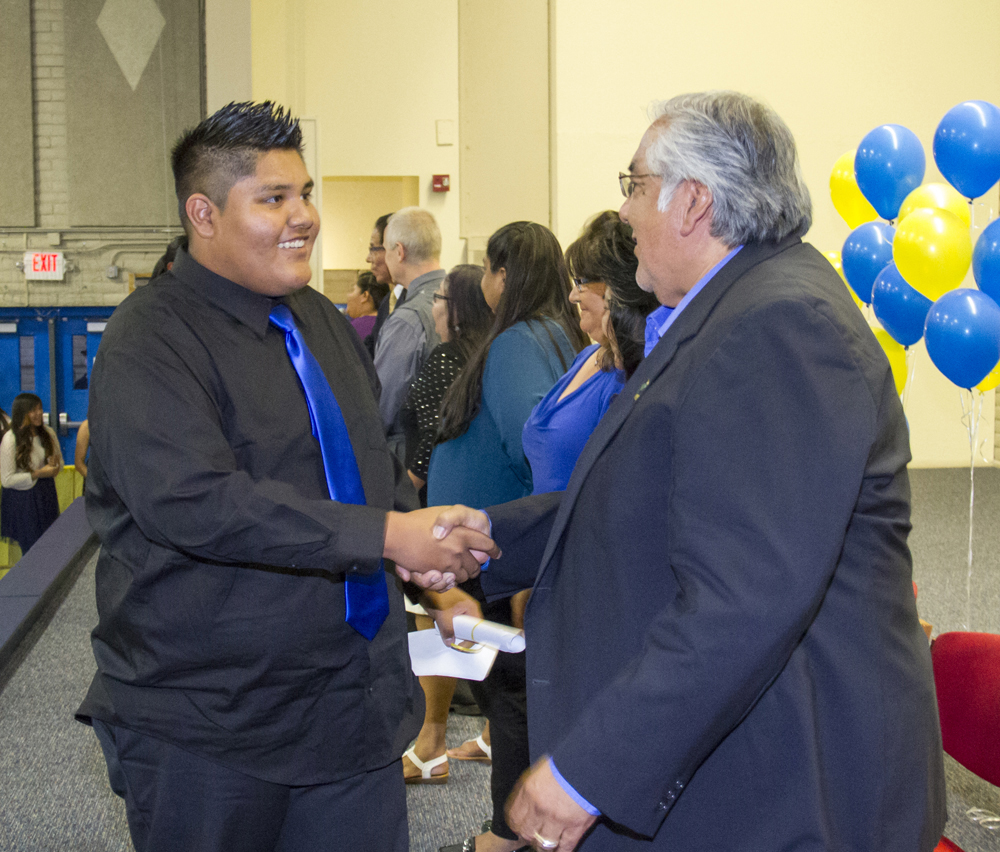 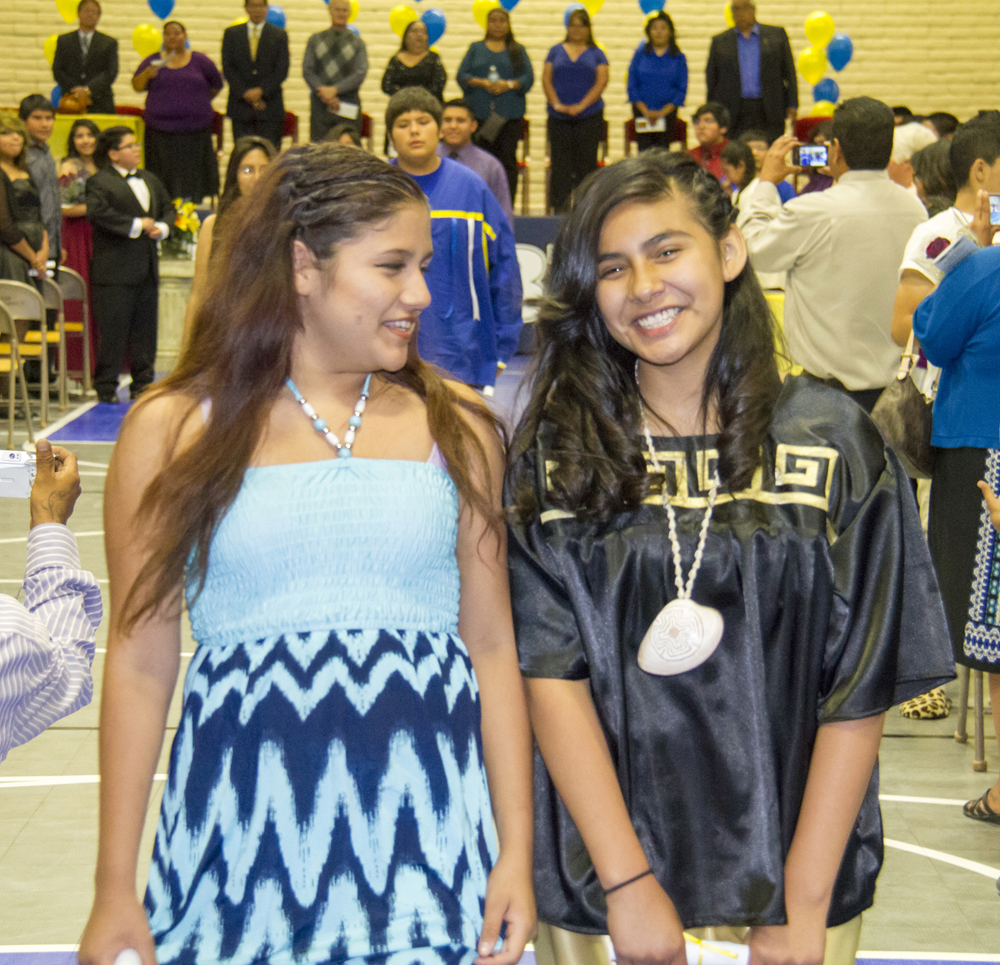 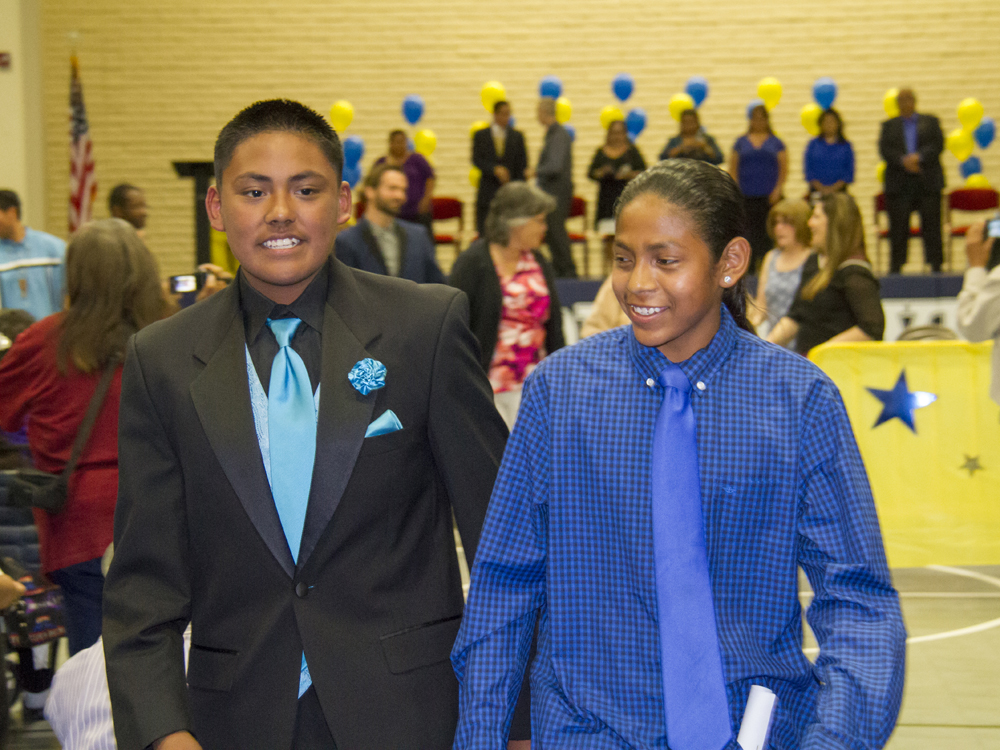 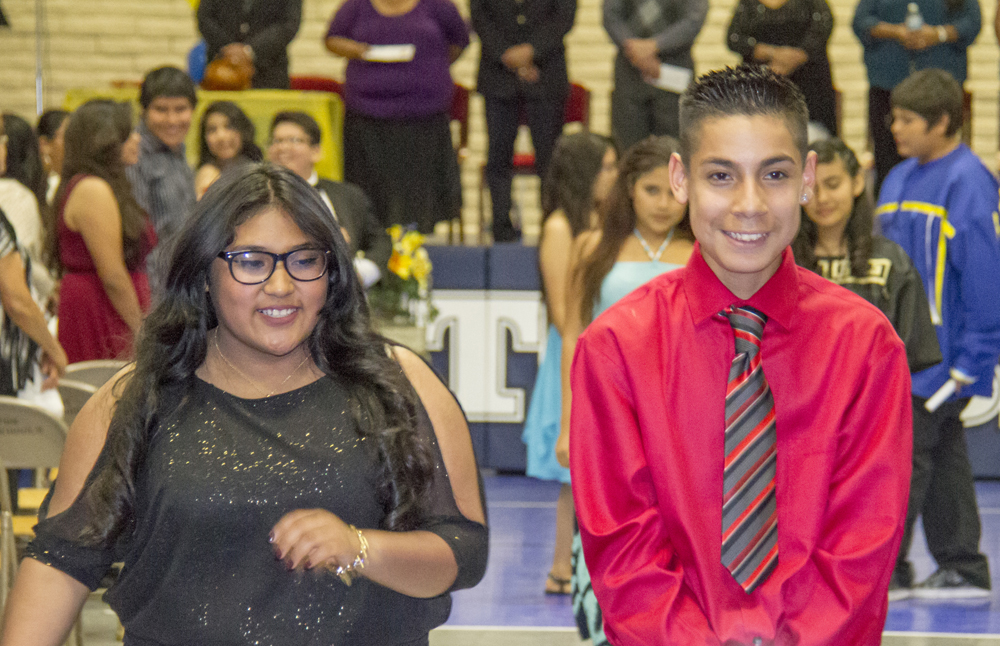 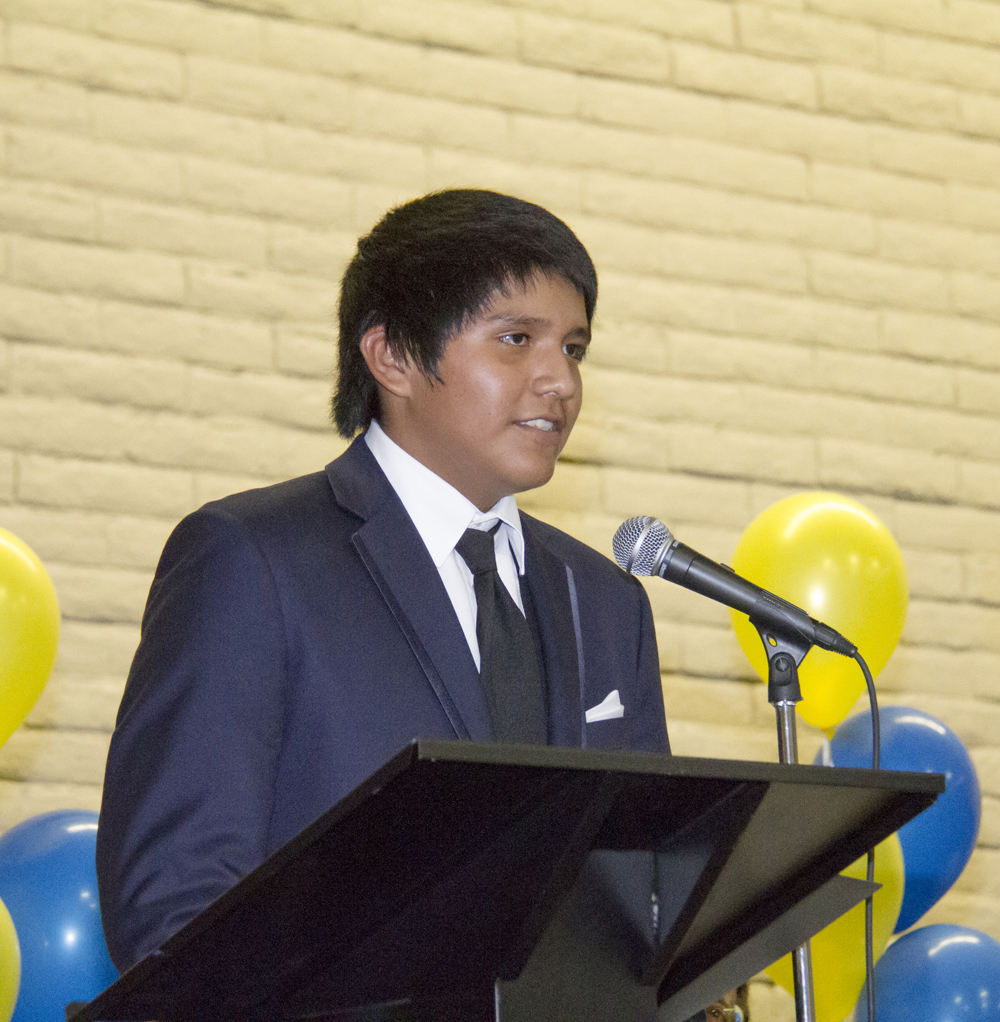