In a weekend full of carnival rides, live music, greasy foods, and horse-riders, the cultural circle is surrounded by serenity and is always one of the most popular corners of the Mul-Chu-Tha Fairgrounds. It is a space for people to share their culture through traditional songs, dances and other customs and presentations.

One new event to the Mul-Chu-Tha festivities was a 270-mile group run that began in Hopi Land and ended in the Sacaton Fairgrounds cultural circle.

The group consisted of Native and non-Native runners from Arizona, New Mexico, California, and Hawaii, but mostly from the O’otham, Hopi and Tewa nations. The long-distance relay was organized by Adrian Hendricks, aka Jivik Siiki, and took the group less than three days to complete.

“Traditionally, the O’otham are a running people,” as are the Hopi, said Shannon Rivers, who blessed the runners with shegoi at the finish line. “[This run illustrates] the connection between our people.”

“Mulchutha originally means ‘a time of the races,’” said Hendricks. “So we’re trying to re-instill that understanding, [and regain] that connection.” 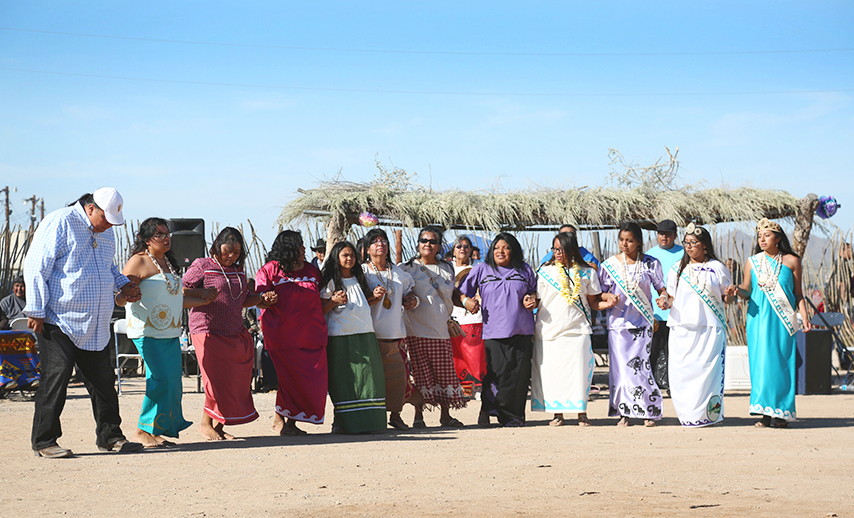 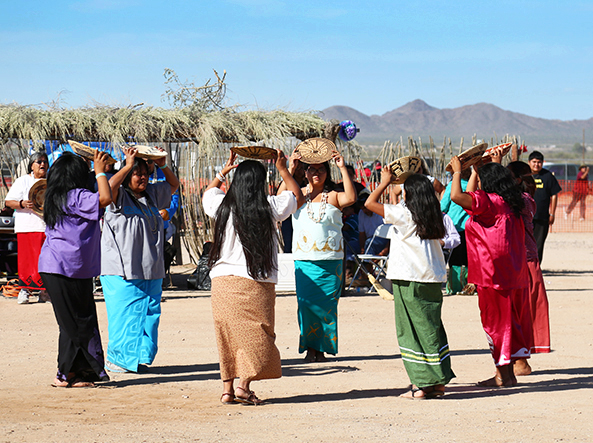