Last November when the Community broke ground on the 140,000-square-foot Southeast Ambulatory Care Center healthcare facility, an official name had not yet been selected, but on April 28 the new name was unveiled: Hau’pal Red Tail Hawk Health Center.

The logo, with various tints of red and orange will become the symbol of the new GRHC Hau’pal Health Center.

GRHC employee and emcee Bob Pablo spoke about new health center’s name and how it signifies the sacred values of the Community.

“The red tail hawk is traditionally held in high honor by the Community members, spiritualist and traditional healers,” said Pablo.

GRHC Graphic Designer Paul Molina from the District 7 Maricopa Colony talked about the work that went into selecting the official name for SEACC.

“It is a privilege to create [this] image for my Community and I hope you enjoy this as much as I did creating it,” he said.

In the Hau’pal’s mouth a shegoi branch is carried, represents the kind of healing the new health center will provide to its patients.

He said that it is representative of the strength of the Community and of the people that serve them at GRHC.

Pablo said that many of the large raptor’s features are symbolic of the Community’s ability to bring healing, hence the use of their feathers during ceremonial practices and blessings.

Lt. Gov. Monica Antone said caring for our people is something the Community values and has been the priority set by administrations, adding that the new Hau’pal Health Center is a continuation of that tradition.

She said individuals like former Gov. Mary V. Thomas and Viola Johnson, “Helped work through our trials and tribulations to have our own healthcare service provided to our Community members.”

Lt. Gov. Antone said that as the leader in tribal healthcare, GRIC has an important responsibility to serve the Community’s sister tribes and the huge population of Native Americans residing nearby.

GRHC Board Chairman Myron Schurz was happy to see the new Hau’pal logo officially unveiled, because it indicative of the Community’s vision to be a regional healthcare provider for the urban Native population.

“Gila River Health Care has an inclusion model and as we move toward 2018, we work hard to improve access to care,” he said.

Gov. Stephen Roe Lewis said, “It is a new era of healthcare for [our] Community.”

He said that two things should be taken away from the opening and naming of a the new Hau’pal Health Center. One, it is a demonstration of the Community’s progress towards self-governance and secondly, it shows how successful the collaboration has been with the federal government over critical issues like healthcare. 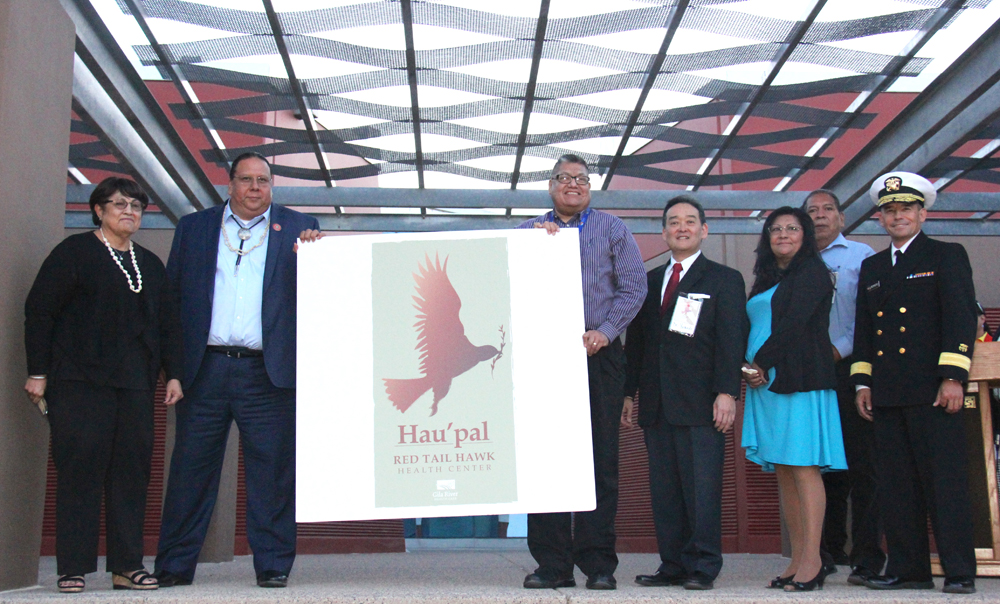 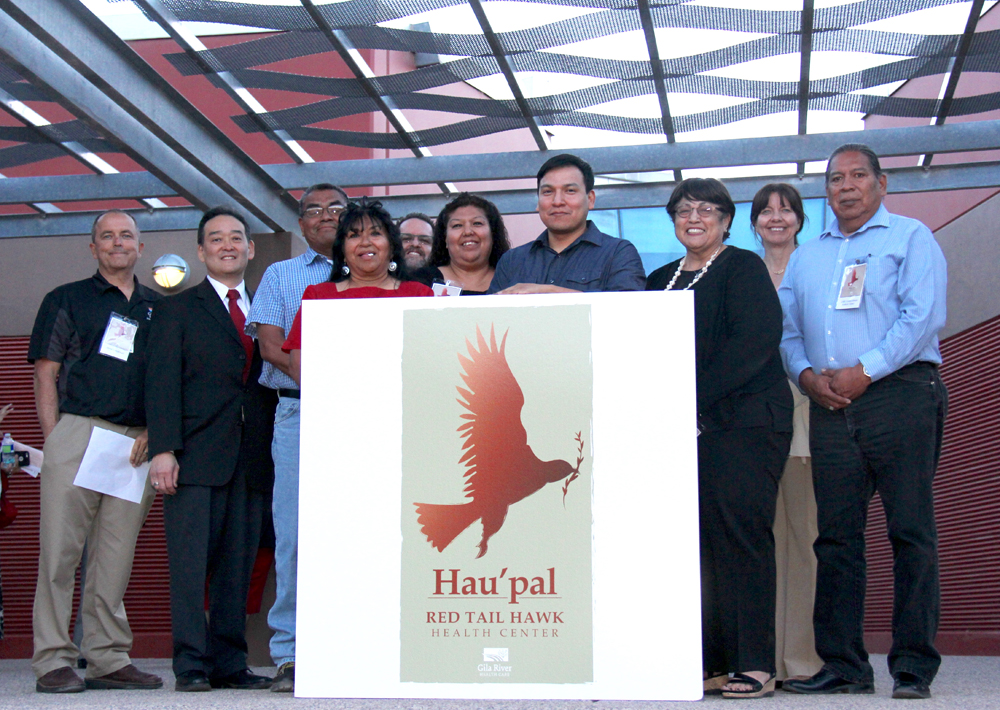 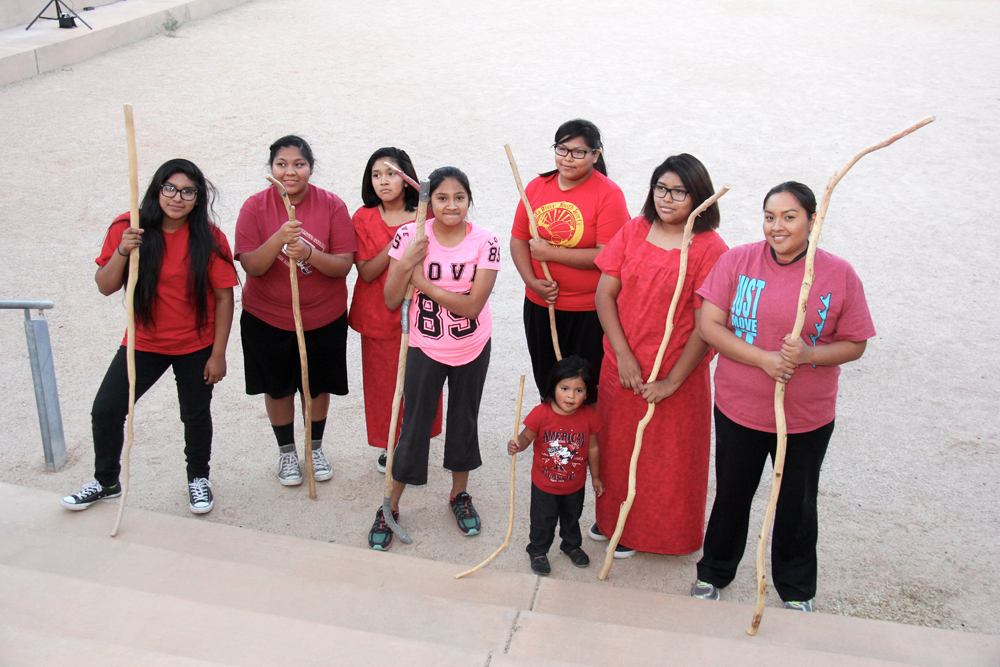 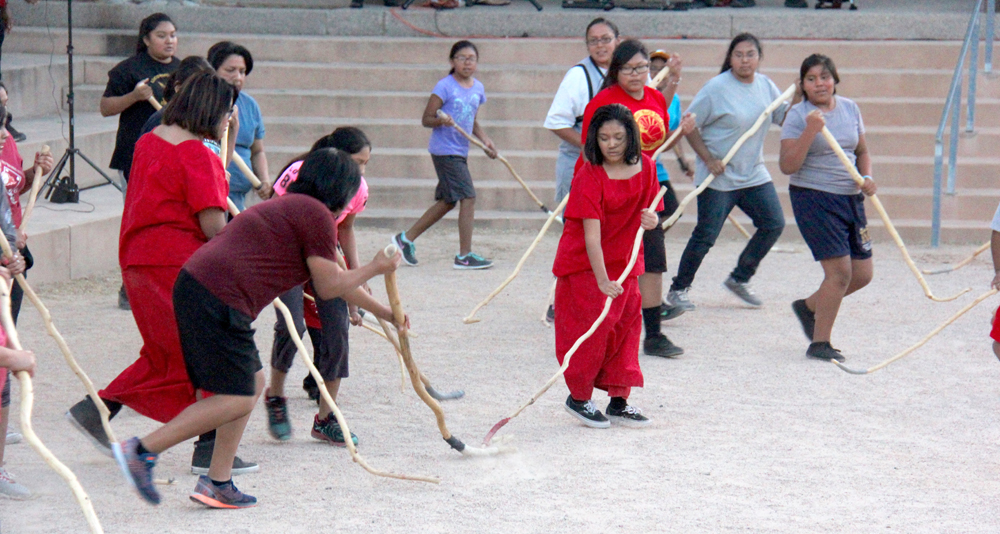 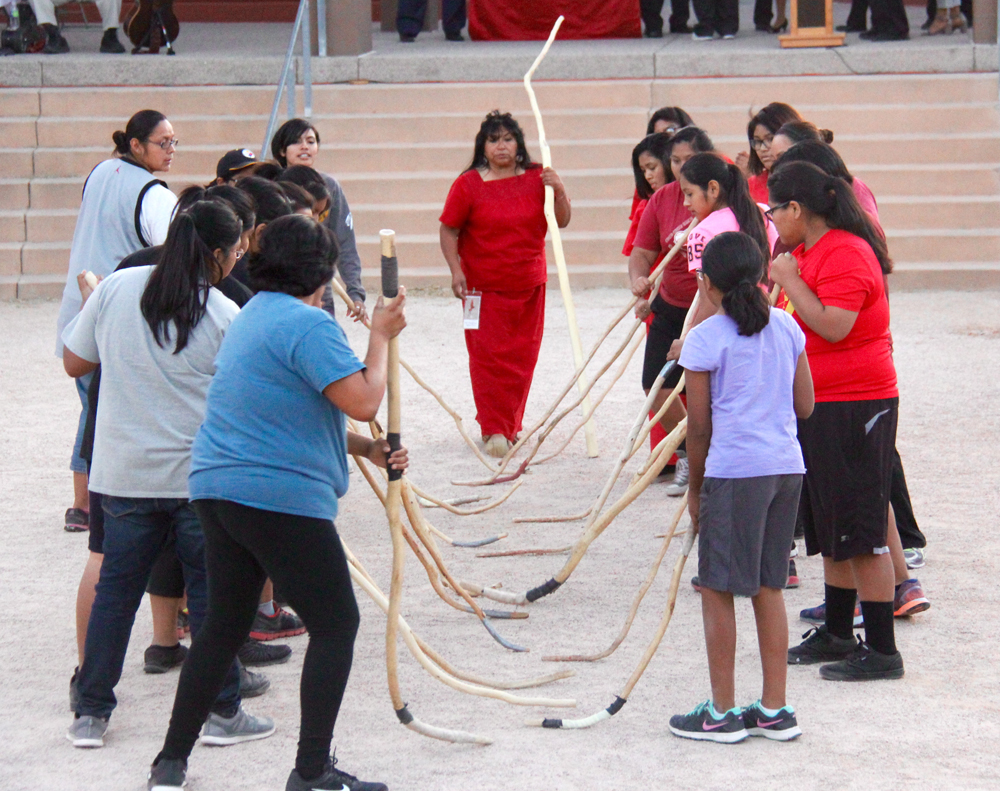