Growing the Legacy of Native American Leadership in Science and Technology

Gov. Stephen Roe Lewis gave a welcoming address to a group of representatives from Arizona State University and the Intel Corp., in Chandler, Ariz., on Oct. 5.

According to an Intel Corp., press release, “Intel hosted a Native American event in collaboration with the National Center for Women and Information Technology and Arizona State University American Indian Policy Institute on Oct., 5, which is aimed to engage key leaders in academia, government, tribal nations, non-profit organizations and students.”

“As technology changes, our world changes,” said Gov. Lewis, “Subjects like Science, Technology, Engineering and Mathematics are important to [our] tribal nations to compete with the outside world and to protect our natural resources.”

He said the Community is one example of the need to have qualified Community members in positions that will help manage its water resources, like hydrologists and water engineers, which rely on math and science.

The meeting helped establish relations with tribal communities to offer opportunities in partnering with ASU and Intel to promote Science, Technology, Engineering and Math with Native American students.

“We aim to produce actionable steps for increasing Native American student participation and retention in science and technology,” said the Intel press release.

In closing his remarks at the meeting Gov. Lewis, called upon the younger generation of Community members and Native Americans from other tribes to go into fields heavily based on STEM related subjects.

During a National Congress of American Indians workshop called the “STEM Initiative for Indian Country: Developing a Tribal Workforce for the Future,” leaders continued the discussion held at Intel about developing tribal workforces around science and technology.

Vice-Chairperson for Gila River Telecommunications Inc., and Gila River Utility Authority Chairman of the Board, John Lewis said, “These programs not only benefit the Gila River Indian Community, but other tribal communities, which may not have the resources to do these types of things in-house.”

He emphasized the importance of working cooperatively with organizations like ASU, Intel and the Inter-Tribal Council of Arizona help expand opportunities for those tribes wanting to get STEM based fields.

John said there is a sense of motivation that comes from the problems that are faced in Indian Country that influences the Native youth, because it fuels the interest on the technical aspects of an issue that impacts people and the environment. 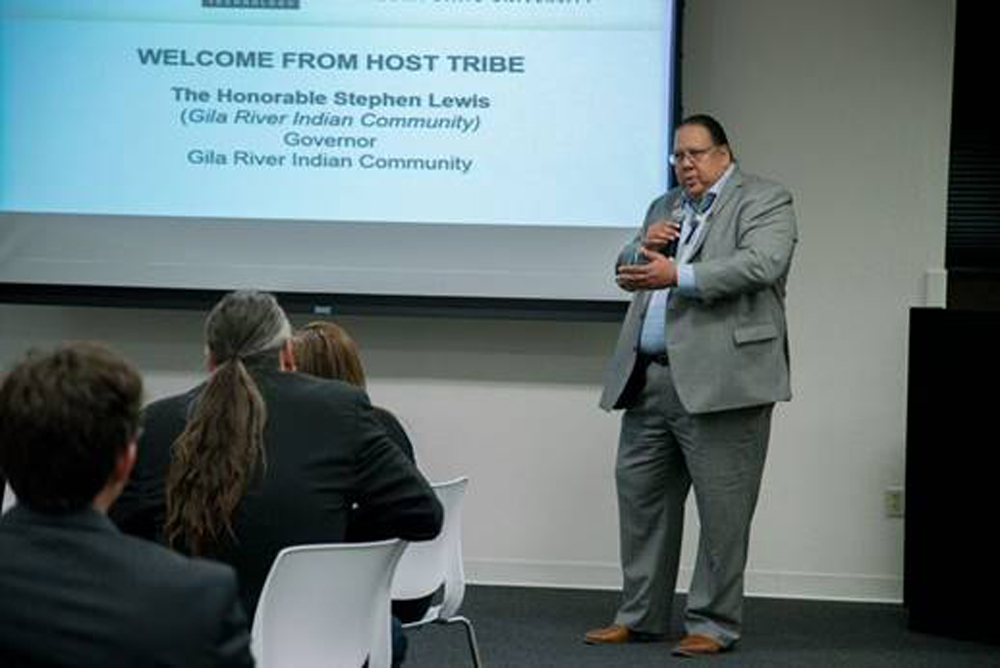