On Oct. 9, 2016, Gov. Stephen Roe Lewis participated in a water rights implementation panel at the National Tribal Water Summit, which was sponsored by National Congress of American Indians, the Intertribal Council of Arizona and the Native American Rights Fund. The following are excerpts from the remarks Gov. Lewis provided at this panel and have been edited for brevity.

For those of you who are not familiar with the Gila River Indian Community, we are located south of the Phoenix metropolitan area. For generations the Gila River sustained us and we were very successful and self-sufficient farmers, but soon after the Civil War, non-Indians upstream of the Community began to divert Gila River water eventually depriving the Community of water to support the Community’s agricultural economy, and causing dramatic and detrimental changes to our diet and culture.

The Community fought for over 100 years to get its water back, and finally in 2004 Congress approved our water settlement when it passed the Arizona Water Settlements Act. Under the water settlement the Community agreed to forego some of its rights and claims to Gila River water in exchange for guaranteed delivery of affordable Central Arizona Project (CAP) water through the CAP.

Goals of the Settlement and Early Challenges & Opportunities

The primary goal of the settlement was to bring back farming on our lands, which is culturally important to the Community.   But there was also a desire to restore the Gila River.

The rehabilitation of our canals will not be complete until 2030, so much of our CAP water was going to go unused by us, and be used by others with no benefit to the Community. So in 2009 the Community developed a plan to use its CAP water by storing it off reservation to create long-term storage credits. These long-term storage credits are paper water rights that can be marketed and transferred in a manner that is much more lucrative than long-term leasing.

In addition, the Community began plans to develop an on-reservation storage facility that would achieve two goals:

The Community has developed and is now operating a recharge facility on our lands that involves direct delivery of CAP water into the Gila River to recreate the natural flow. Under this project we can create long-term storage credits that can be marketed, recharge our aquifer, and create a vibrant riparian ecosystem within our reservation.

One of the implementation challenges we have faced was an EPA rulemaking at the Navajo Generation Station (NGS), which is a large coal power plant located near Page, Ariz. on the Navajo Reservation. Although our settlement provides funds to subsidize the costs of delivering CAP water to the Community, the Community is responsible for the energy charges to deliver CAP water.

NGS is partially owned by the United States, and the federal share of NGS supplies approximately 95% of the power to deliver CAP water to the Community, and given our entitlement of CAP water we are the single largest NGS power customer.

In 2010 the EPA began to propose rules that would require NGS to install and operate environmental controls that would significantly increase the cost of CAP water. The emissions controls at NGS threatened to render CAP water unaffordable, and even threatened to shut down NGS, which would have had a negative impact on the Community in excess of $2 billion.

From the Community’s perspective these emission controls would be comparable to the original wrongs done to the Community when non-Indian farmers upstream on the Gila River diverted the flows of that river to the point that it stopped running.

Given the uniqueness of NGS, a number of stakeholders developed an alternative rule that was adopted by EPA. This alternative took a phased approach to installing emission controls and allowed for the plant to remain open so that a glide-path to alternative energy supplies for the CAP can be developed to ultimately replace NGS.

From the Community’s perspective this was not a perfect solution. We continue to struggle with the rising cost of CAP water that is largely driven by energy costs. These costs have forced the Community to scale back the scope of agricultural revitalization.

Starting in 2014, we began confronting numerous issues related to the Community’s increased water use as a result of the water settlement. The rising cost of CAP water made the prospect of its continued use for irrigation on the reservation economically difficult, if not impossible.

In response, we developed a plan to address these issues and ensure two important goals:

On Sept. 16, 2015, the Community Council approved the Five Year Water Plan. Under the Plan the Community will use its water marketing proceeds to fund a Permanent Water Fund. The sole purpose of this fund is to create enough income to cover the annual budget deficit associated with our water costs. 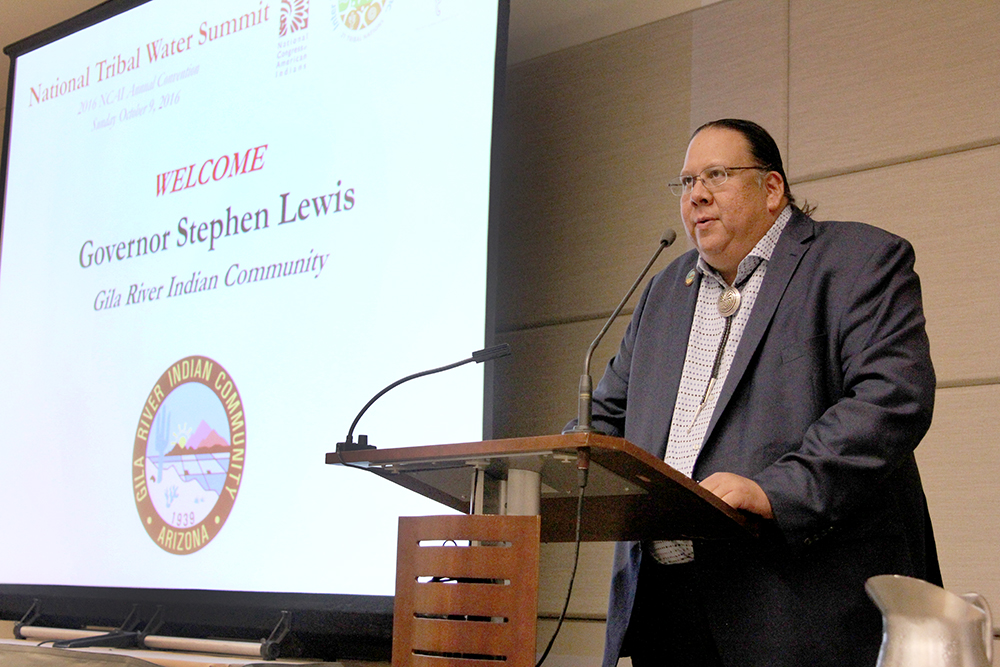