It’s been 100 years since the National Park Service was created by President Woodrow Wilson to care for some of the country’s oldest and most cherished landmarks.

Today, the NPS has over 412 national parks throughout the Nation and attracts over 275 million visitors each year.

To celebrate the milestone, staff at the Casa Grande Ruins National Monument held an informal birthday celebration touching on the history of the NPS on Aug 24.

Within the network of the parks system, the Casa Grande Ruins National Monument stands as one of the most unique sights because of its cultural significance to the O’otham tribes of Arizona.

For the people of the Gila River Indian Community, it is a historical link to the Huhugam, an industrious people that once settled along the Gila River and across central parts of the state.

Called the “Great House,” or Sivan Vahki, it is the most prominent structure built by the Huhugam about 700 years ago.

According to a Casa Grande Ruins National Monument press release, the site was established in 1892, well before the creation of the NPS, and joined the parks system in 1918.

The park holds the honor of being the first pre-historic reserve that was, created by President Benjamin Harrison, who recognized the importance of protecting the site.

“Interestingly enough, Casa Grande ruins is older than the NPS. It was brought under federal protection before it was a national park,” said Dave Carney, NPS Chief of Interpreta tion and Education.

Today the park receives over 75,000 visitors per year and serves as a gateway into the past, a reminder of the people that once inhabited the land.

Park Superintendent Karl Pierce said that the NPS would not be possible without the interest of the public and that the citizens of the nation are equal stakeholders in preserving the future of the national parks.

He said the responsibility to preserve sites of historical and cultural importance is not only for individuals who travel to the park today, but for those who lived in the past and those who have yet to be born.

“[We] have a responsibility and when we make decisions regarding management of places Like Casa Grand Ruins National Monument, we have to take into consideration the needs and desires of those future owners, because they have an equal stake, an equal share as those of us living today,” said Pierce.

After his remarks, a decorated cake commemorating the centennial achievement of the NPS allowed the attendees to indulge in the occasion.

Carney said that the birthday celebration isn’t the only thing lined up this year and there will be an American Indian festival on Nov 19.

“We are bringing back the American Indian arts festival and that will be a whole day event that will take place here…it’s one of the larger events at the Casa Grande Ruins,” he said.

Caption: The Casa Grande Ruins National Monument is one of 412 national parks that attract a total of 275 million visitors each year. On Aug. 24 a celebration was held to recognize the National Park Service’s 100 years in existence. 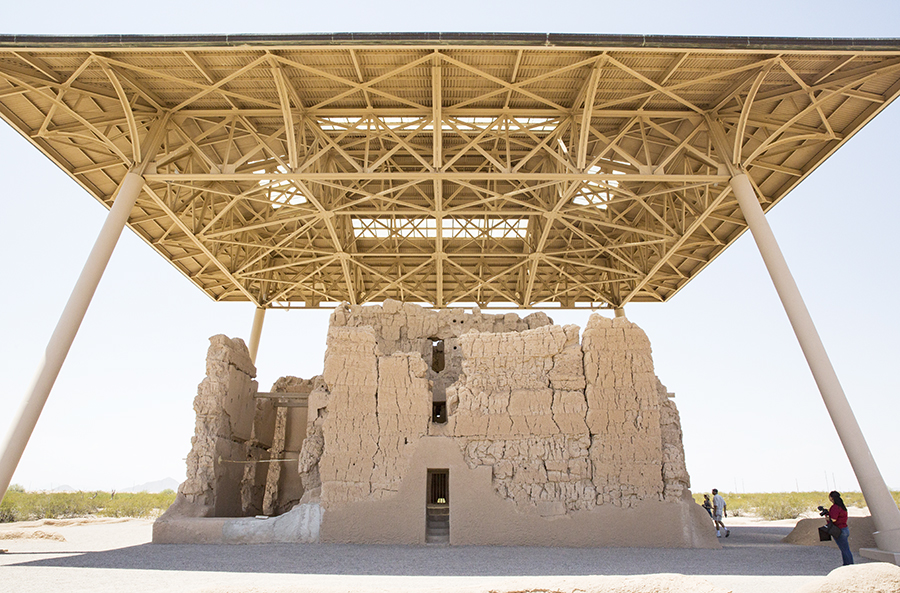 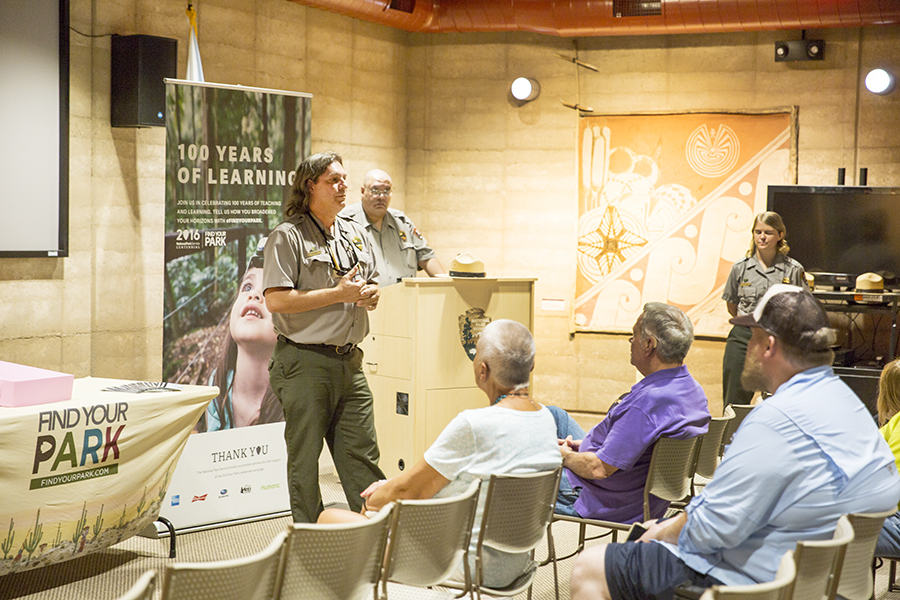