Workshops focus on translating cancer info into the O’otham language

The Native American Cancer Prevention program at the University of Arizona, in partnership with the Tohono O’odham Nation, presented their findings at the Milagritos: Small Miracles in Health, Science and Education workshop series on March 1.

The Improving Patient Care by Developing a Tribally-Driven Patient Navigation Program is about tailoring cancer information in the O’odham language.

Mary Koithan, U of A Associate Dean and Community Engagement professional, who oversaw the O’odham translation project on the TON, assisted with the project.

“We had a lot of fun working on the translation project and it was even more beneficial to learn the cultural traditions and language of the Tohono O’odham people,” said Koithan.

Project Investigator and Project Manager for the TON Cancer Program, Janelle Jensen, worked closely with the T.O. translators to develop the information videos in the O’odham language.

“We determined that a lot of cancer educational materials that we have should be translated into O’odham, so they can better understand what is happening within their body,” said Jensen.

She said the process started by looking at some of the most common forms of cancer on the TON and then developing videos around topics like breast, ovarian, colon and stomach cancers.

Jensen sought out fluent O’odham speakers from across the TON, who would want to be part of the translation project.

Jensen said, “Luckily enough, [we] found some very willing people who work within the health department that knew of speakers that would be able to volunteer as translators,” she said.

Volunteer O’odham translator, Priscilla Lopez, said the groups biggest hurdle was trying to determine how to write each word in O’odham.

After searching through O’odham language books to assist in describing specific forms of cancer became difficult, the group decided to focus on a narrative approach to translating the information presented in the videos.

“We all came to the same conclusion and said ‘you know what,’ a lot of O’odham cannot read O’odham, so [we] should focus on translating it by speaking it,” said Lopez.

The finished product is a series of videos that average five minutes in length and cover symptoms, examinations, diagnosis and treatment.

They explain where the cancer is located within the body and the risk factors associated with the disease.

Translator, John Havier, who grew up in a family of O’odham speakers, said he knows of various dialects used across the TON that sound different, but have the same meaning.

Getting the translators together was a challenge, because each of them were active in their community. Jensen said that a lot of weekends and after hours work was done to get the project completed.

Once the translation was recorded, it was imported to video, which covered 35 cancer overviews and required the translators to look at rough cuts of the product to ensure everything was in alignment.

The videos were shown to various focus groups and have been pilot tested through the Tohono O’odham Cancer Partnership.

Koithan said they plan to work with Tohono O’odham health care to get the videos shown on the closed circuit television network in waiting rooms and through the TON cancer program.

Havier spoke about his experience working on the translation project and what it means to not only educate his fellow members on topics like cancer, but also the continuation of the O’odham language.

“Nobody else is doing anything of this kind out there, nobody is willing to do it, and nobody knows the language,” he said.

Koithan said there are plans to distribute the DVD’s through the TON cancer program and then work their way to other outlets on the Nation, and that it can be used as a template for other tribal communities to take on similar initiatives.

“I think when we did some evaluation component of the project, it demonstrated that we have taken a respectful approach in terms of language, in terms of culture, and being sensitive to people’s views on using the O’odham language in improving health literacy,” said Koithan. 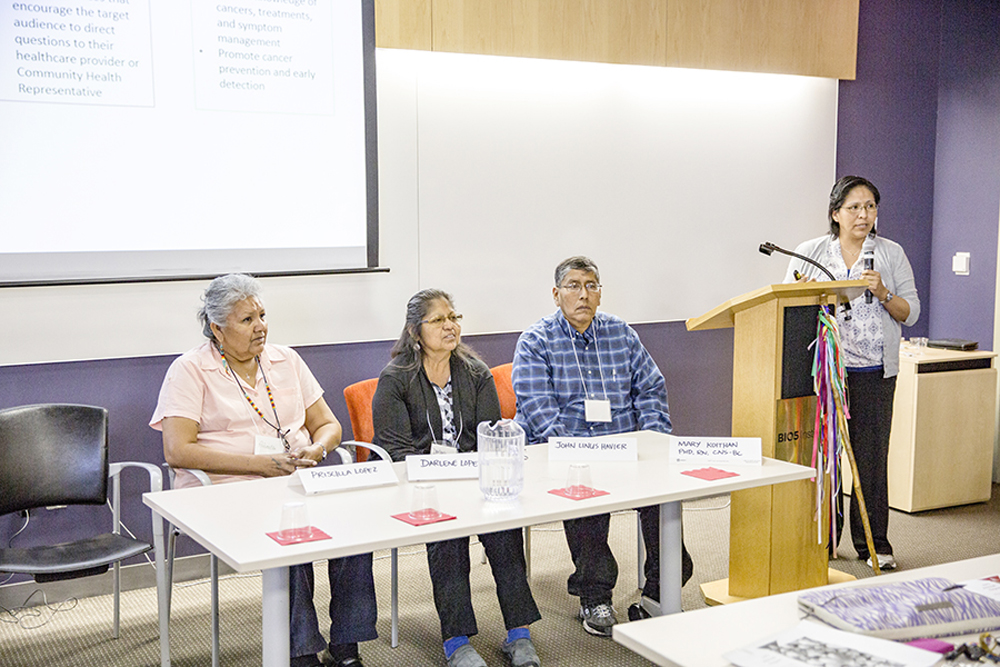 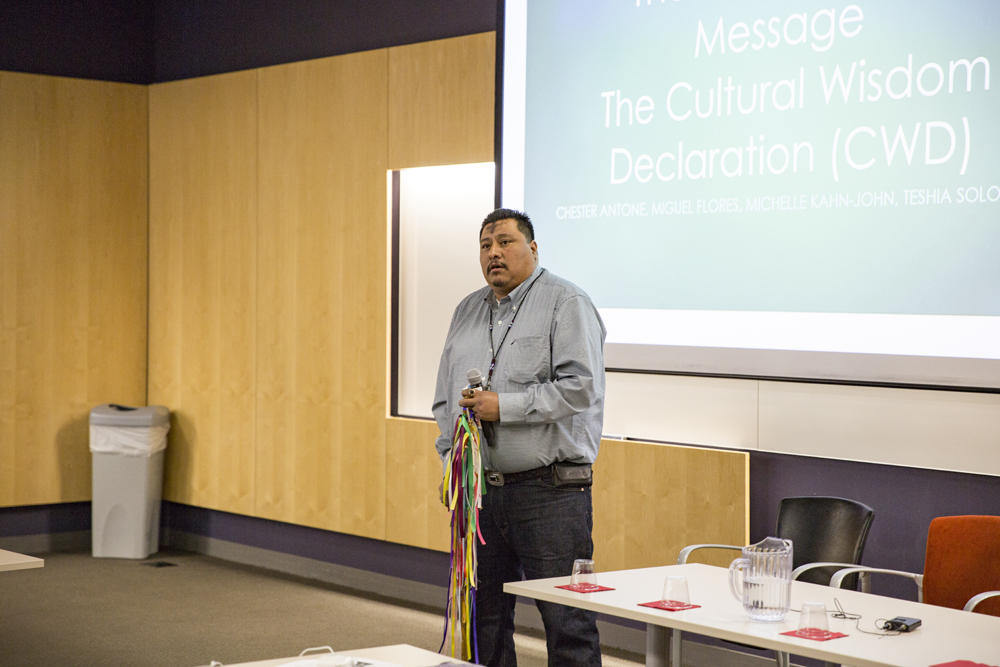