Aug. 12 will go down as a special day for Autumn Cooper. Before the game between the Arizona Diamondbacks and the Chicago Cubs on Aug. 12 at Chase Field officially began, Cooper, president of the Akimel O’odham/Pee-Posh Youth Council (AOPPYC), casually strolled toward the pitcher’s mound with over 40,000 fans watching to throw the ceremonial first pitch to Diamondbacks shortstop Nick Ahmed.

Of the 290 pitches thrown during the game, it was Cooper’s first pitch that will be remembered for a long time by her family. “We’re very proud,” said Joe Cooper Jr., Autumn’s father. While Cooper was initially shocked to learn that she would throw out the first pitch, her family put this milestone into perspective. “We told her she deserved it,” said Joe.

Cooper, District 4, has been president since Oct. 22, 2016 and the 20-year-old wasn’t alone with Joe, mother Frederica and brother Derek watching nearby. “I’m glad that they’re here to support me,” she said.

Being on a baseball field isn’t new to the Coopers. Autumn played softball, her brothers play little league and her dad Joe, who is an AOPPYC alumni, is a coach with the Gila River Bears little league team. The Bears have been successful in the Diamondbacks annual Native American little league tournament, the Inter-Tribal Youth Baseball Invitational. The Bears came in second in the Single A Division Championship at this year’s tournament.

Cooper, who currently attends Chandler-Gilbert Community College, has settled into her role as president since she was sworn in 10 months ago. Initially, the gravity of holding the highest post in the AOPPYC seemed intimidating, but those nerves allowed her to represent the Community and be a voice for the young GRIC members.

Cooper walked away from the mound with no regrets. “I think I did pretty good,” she said about her throw. Even Nick Ahmed was impressed. “He told me, ‘good job.’”

The D-backs dropped two of three in their home-series against the defending World Series Champion Cubs, but with Cooper on the mound for the first pitch, the D-backs mustered a win and managed to take a six run lead. Closer Fernando Rodney gave up two runs in the top of the ninth, but newly acquired reliever David Hernandez came in the game to record his second save of the season. 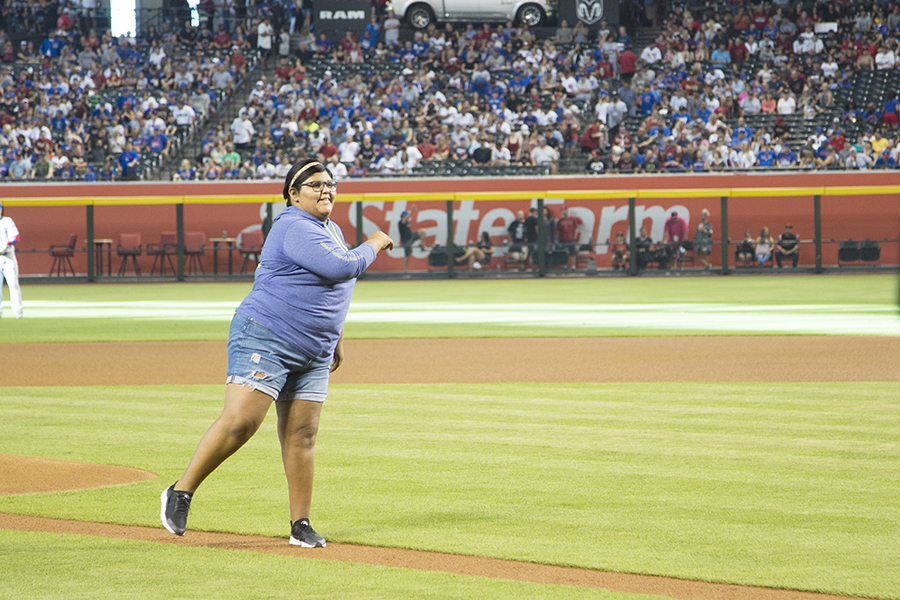 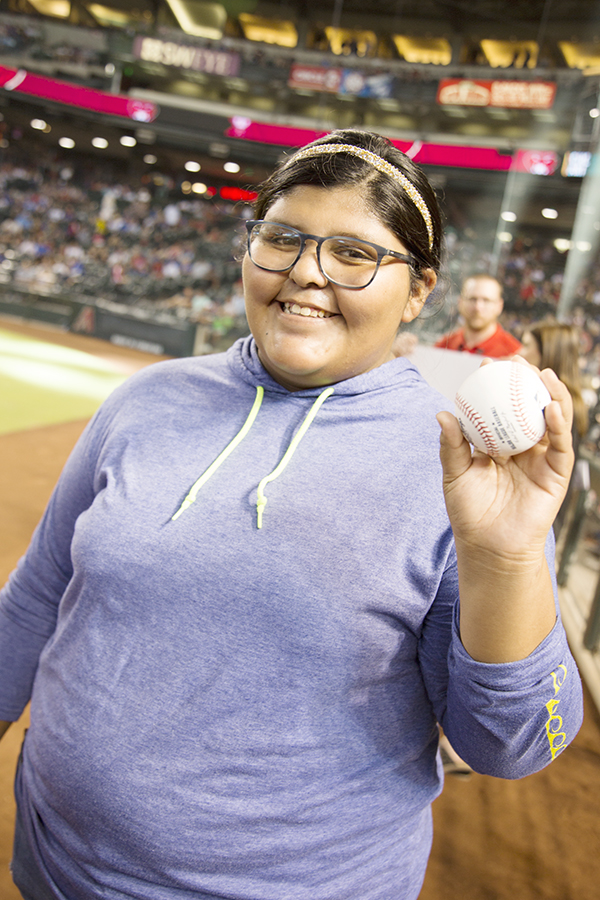