Governor's Employee of the Year announced at Mix & Mingle

Leading up to the final employee event of the year, the suspense was high, as many Gila River Indian Community employees eagerly awaited the announcement of the 2017 Governor’s Employee of the Year.

The annual GRIC employee Mix & Mingle event brought together employ ees from various departments to revel in the fruits of their labor at the Main Event in Tempe on Dec. 4.

For many GRIC employees, it is a chance to meet one another and share stories and jokes and enjoy a lunch of hot dogs and hamburgers to fuel their excitement, before taking to the bowling lanes and arcade games for a fun-filled afternoon.

Among the employees who attended, there was a select group of GRIC employees that were awarded throughout the year as the Governor’s Employee of the Month.

Each of the GEM’s were eligible for the top award and have displayed several qualities that are demonstrated through their tireless work out in the field or in the office.

Gov. Stephen Roe Lewis was present to lift the veil of suspense, but not without praise for each and every employee’s dedication to the job and to the Community.

“This is just a little bit of what we do to show our appreciation for each and every one of you,” said Gov. Lewis.

He said, “It’s good to see all of the different departments come together. It’s good to see some of you employees as well who are out in the field. Those who don’t have nine to five jobs, but have a duty to be on call and to have you be able to come out here.”

Before concluding his remarks, Lewis spoke about the importance of improving employee satisfaction and recognition and that he and his administration are working to improve the atmosphere for GRIC employees.

In leading into the announcement of the employee of the year, Lewis said the person being nominated was someone that has committed themselves to serving the Community’s children and bringing a sense of protection to those that are the future of GRIC.

She said that being an SRO is a role that goes beyond being an officer, but a mentor and motivator for the students that she interacts with on a day-to-day basis.

“I feel part of the Community and I love what I do, working in the schools, teaching our youth how to avoid getting in gangs, the drug scene, the violence that goes on, and just helping them.” 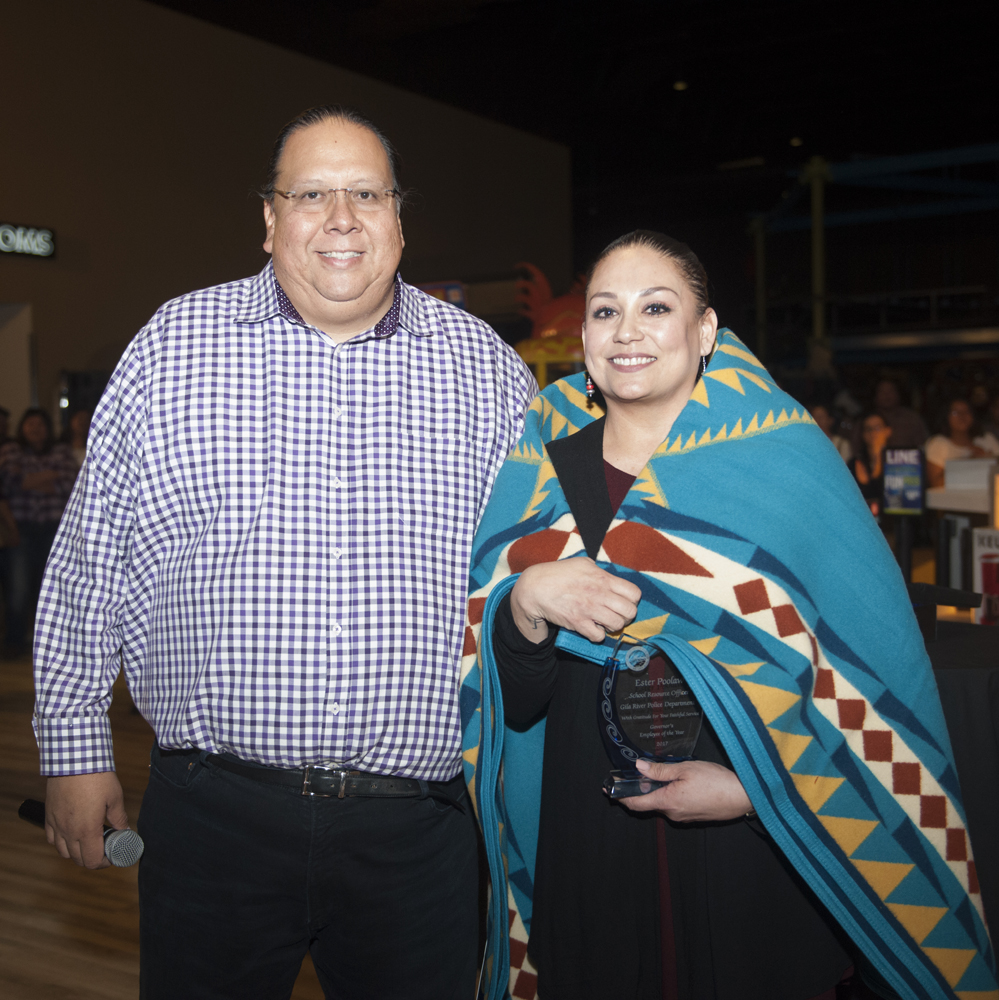