The strength of a community is its children, and the direction those children lead their community in the future is rooted in their education.

The future of the Gila River Indian Community is already being sown in the tribe’s youngest generation and the Tribal Education Department (TED) believes literacy is key to future success and has begun implementing an ambitious plan to put 100 books inside 80 percent of homes in the Community with young children.

The plan is called Growing Readers and Developing Leaders (GRDL), and is an effort to jumpstart children’s interest in reading, which has been found to have a profound impact on a child’s academic and future success regardless of nationality, education level, or parents’ economic status.

According to the 20-year international study “Family Scholarly Culture and Educational Success: Books and Schooling in 27 Nations,” children growing up in homes with 100 books or more have three times the chance of completing the ninth grade as those from bookless homes.

The plan, which began on Oct. 1, 2016 and is funded by the Native Youth Community Projects (NYCP) grant, is a community-wide initiative aimed at changing the culture of literacy and communication within GRIC.

John Molina, TED Project Manager, said the Community has been identified as a book desert, meaning people do not have access to literature like they would in other communities. He said the four year NYCP grant will allow TED to implement their plan, which is made up of four goals, and will distribute tens of thousands of books into Community homes.

The first goal is to change habits of reading in the Community and give families tools to further their own education with literacy.

“Currently we have book distributions going on in every district,” Molina said. “We are aiming to put 100 books in 80 percent of the homes with young children under six.”

He said during their first book distribution this past March, they gave out 1,300 packets containing 10 books each, which comes to a whopping 13,000 books. The 9-page books are illustrated and written with simple phrases that are either descriptive or tell a short story. More distributions are currently underway and planned for the future.

Unite for Literacy, the organization contracted to print and assist in the development of books, also helps Community members create their own short stories using local landmarks, traditional culture, and slice-of-life tales from tribal members.

DeAnna Ringlero, TED Literacy Coordinator, who works with families at the literacy sessions, was also one of several Community members to create their own book. Her book, “Let’s Skateboard” tells a short story about skateboarding and her own family.

“It’s something relevant in the Community right now,” she said. “My kids skateboard and my husband skateboards. The book is about helping, trying again, promoting our community, and healthy things that you can do outside with your family,” she said.

So far nine books have been created by Community members, with more on the way.

The second half of the first goal is hosting family literacy sessions to teach parents how to engage and support their child’s development. These sessions are being taught by Southwest Human Development, which specializes in the development of young children.

We want them “to be self-directed reading, to further their own education with literacy,” said Molina.

“The family literacy gatherings and the book distribution are both aimed at putting books in their homes and giving the people in those homes all the tools they would need to interact with their children.”

The second goal of the GRDL plan was to establish a demonstration preschool classroom at Blackwater Community School, that utilizes a literacy focused curriculum and print rich environment to demonstrate how well the new system performs when compared to traditional academic formats.

“Really what we want to do is (to see) how great these families are doing, look how much these kids have grown by having exposure to books, and lit erature, and communication with their families,” said Molina. “We want to point to that Blackwater classroom and say, look at the benefits of this sort of structure in the classroom, look at the benefits of the curriculum, of a print rich environment, and be able to apply some of those things to other preschool classrooms,” he said.

The third goal of the plan has been to engage kindergarten through eighth graders in STEM (Science, Technology, Engineering, and Math) print rich activities that support self-directed reading habits outside of the classroom.

“Sometimes it is creating a landform model and showing water that sits in a lake is ground water (in another area),” said Molina. “So, if you pollute the ground, the pollutants are going to get into that water. They are meant to be engaging activities to get kids curious and make them want to further their own education,” he said.

Almost 600 Community students took part in STEM based activities during the summer.

Fredrick Poitra, TED Assistant Director, said the current contractors and consultants already working with them will provide professional development to all K-8 teachers in the Community.

“The K-2 (grade) teachers are going to be meeting in the same room and talking about best practices in the classroom that relate to literacy, same thing with the 3-5 (grades) and the 6-8 (grades),” Poitra said. “All teachers will be involved and in the end, they are all going to get eight hours of specific training in literacy and 21st century learning in the classroom, what you should do, what you shouldn’t do, all based around literacy.”

The end goal of the GRDL plan is by the end of four years to change the culture of literacy and communication in the Community, to get parents who don’t read to their children to begin picking up books and reading bed time stories, to engage their children with simple conversations on a daily basis, and provide an education format focused on literacy.

Isaac Salcido, TED Director said the GRDL plan is a massive undertaking and nothing like it has ever been attempted, but they are confident their focus on academic achievement through literacy education will produce results.

“Right now, we know that Community members don’t have a lot of books in their homes, and they don’t read to their kids regularly, so ultimately at the end of four years, we want to change that paradigm,” Salcido said. “Success isn’t going to be that we distributed 100,000 books, the success isn’t that we train 50 teachers. Success is how many people changed. What cultural shift can we point back to on October 1, 2016, when the grant started, and say this is where it began.” 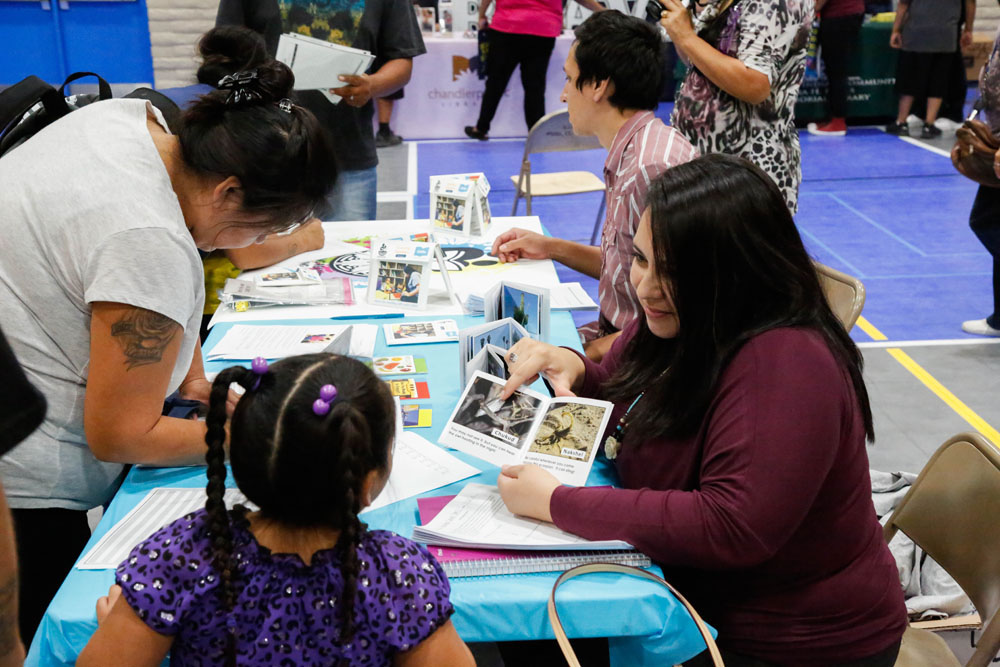 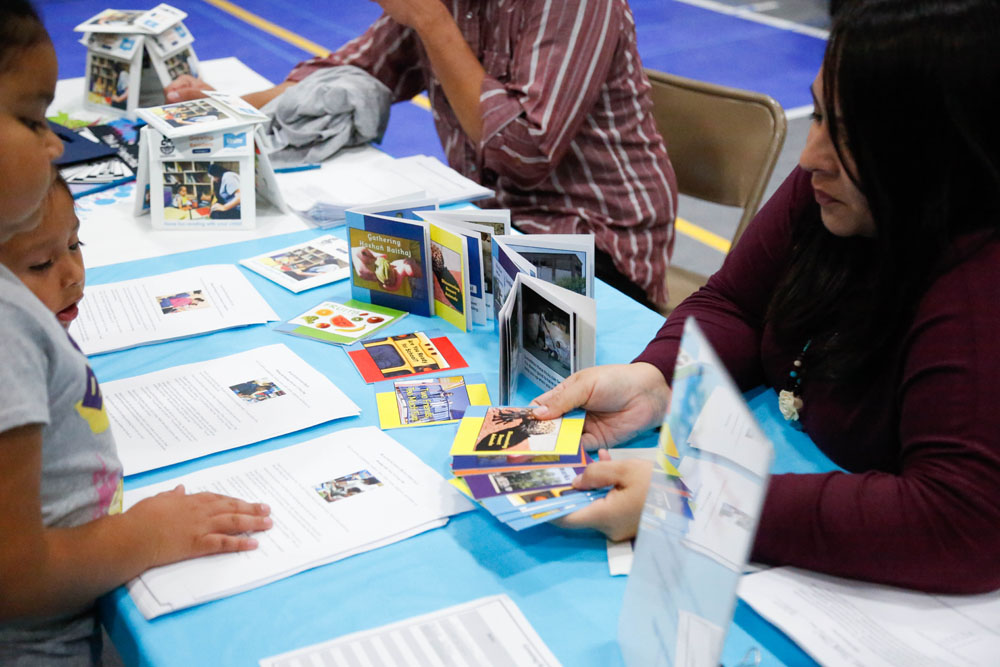