It has become one of the nation’s largest public fundraisers, bringing individuals, groups and organizations together to give their financial support during the Arizona Sports (98.7 FM) and KTAR (92.3 FM) Give-A-Thon for Phoenix Children’s Hospital on Aug 16-17.

This year, Gila River Gaming Enterprise made a special donation during a live broadcast of the Give-A-Thon on Aug 17.

GRGE joined other local organizations in manning the phones as the flood of individuals called in to make their donation.

Presenting the check donation was Vice President of Corporate Marketing Dominic Orozco, who said that the enterprise has been a partner in giving to PCH during the Give-A-Thon for the past four years.

“We have a really giving heart within the enterprise and we are so happy to do this, it is an amazing event,” said Orozco.

The duo, joined by Pamela Hughes and Bruce St. James from KTAR, spoke over the air about the harrowing stories of children that receive the highest standard of care, because of the fundraiser.

PCH Manager of Corporation Development Debbie Stantus said the Give-A-Thon is one of the biggest public fundraisers across the United States and has developed partnerships with generous organizations like GRGE.

“They do a lot to contribute back to the community and always participate every December during the ‘Ignite Hope Candlelight Walk’.”

In that event, individuals and groups walk around the PCH holding artificial candles to give hope to the young patients that family and strangers are there to support them on their path to recovery. 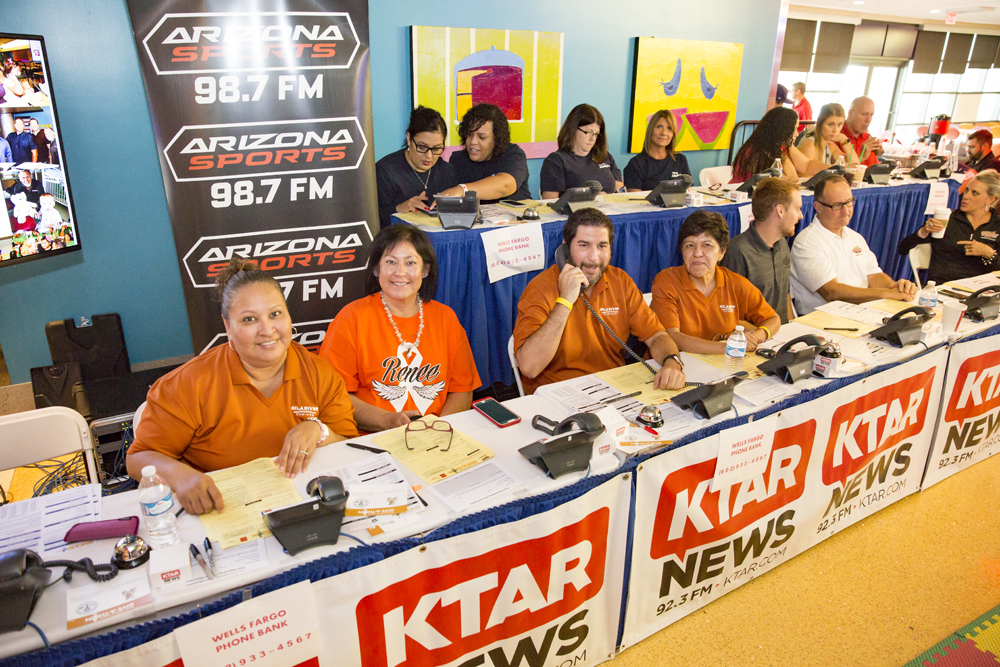 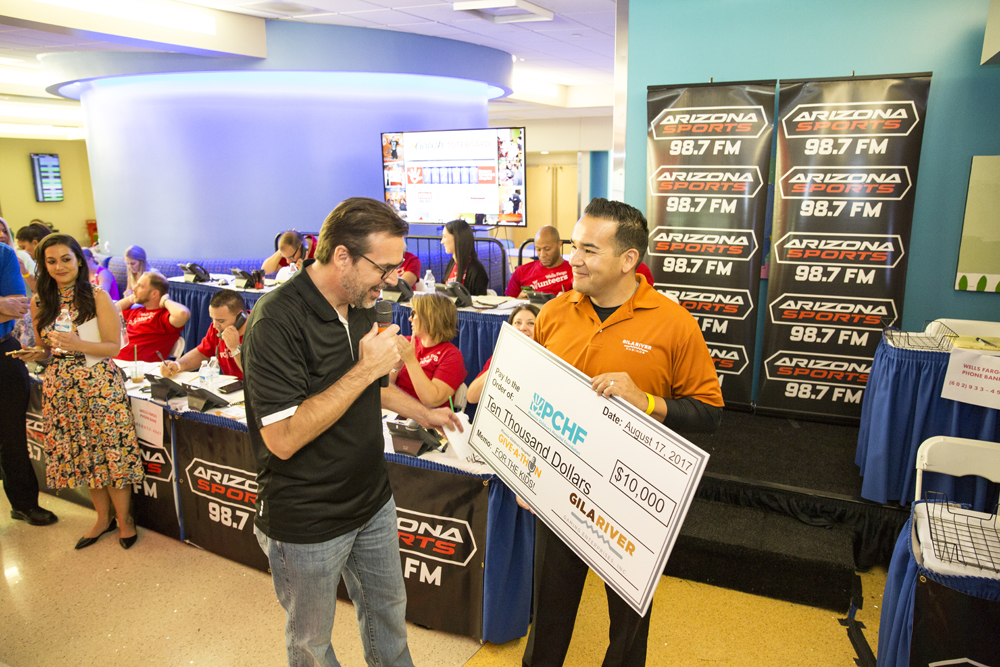