In the early morning hours, a 5K run and 2-mile walk started the fun filled day of events that would last from sun up to sun down.

People lined up along 83rd Avenue for the parade to see the various entries make their way toward the District 7 multipurpose building.

The parade consisted of veteran organizations from across the Community, school marching groups and Lt. Gov. Robert Stone. This year’s grand marshal was Irving Jenkins of District 7.

Underneath the large ramada, attendees heard about the history of the treaty of peace.

In 1863, a truce was brokered between five tribes: Akimel O’otham, Maricopa Yuma, Hualapai, and Chemehuevi to exercise peace over the region.

The treaty was established to provide a safe passage for settlers moving into or through Arizona, who were prone to attacks from hostile groups.

In addition, vendors and Community departments provided informational booths for the visitors.

In the afternoon a horseshoe tournament, DJ entertainment and several traditional dancers performed to cap off the evening.

At the north end of the park a skate competition was held for Community youth. 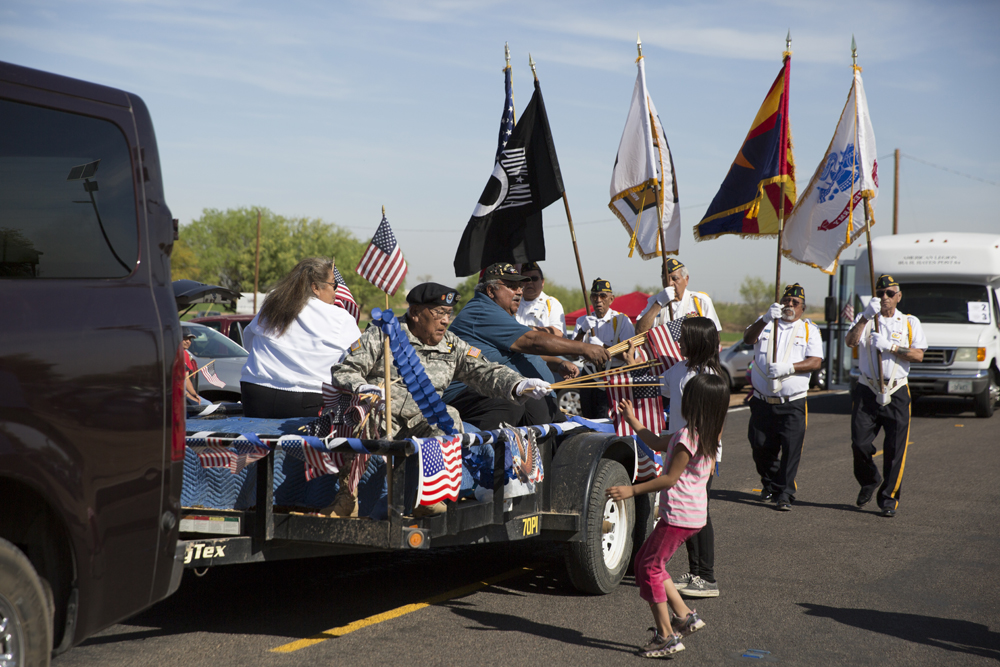 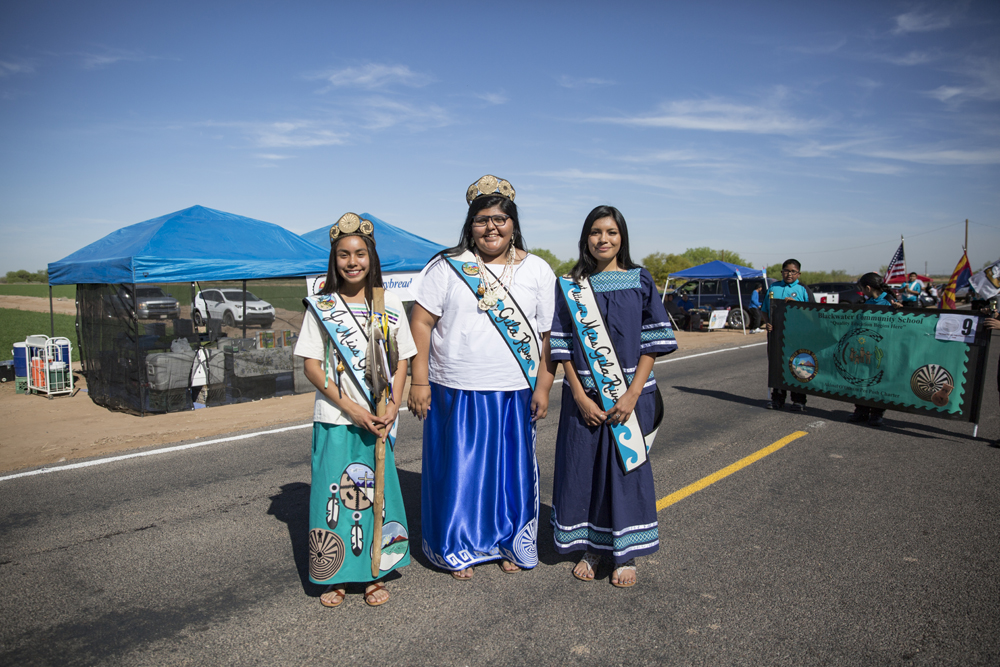 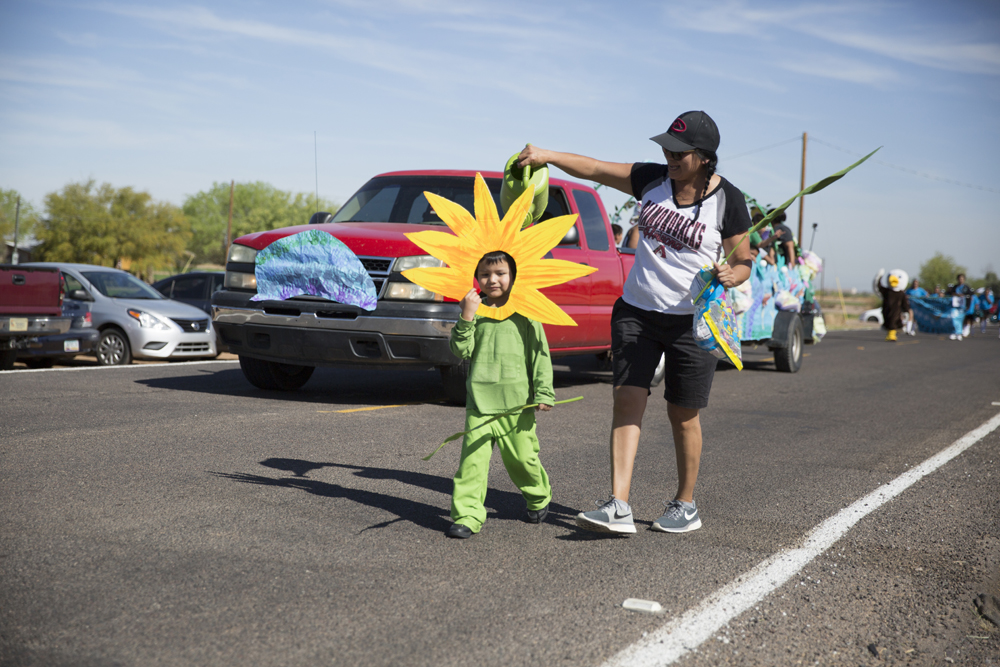