At the center of each district of the Gila River Indian Community is a service center, which in their humble beginnings started with a large hall and offices that housed staff delegated to different tasks and services.

With the New Year comes the realization of dreams as the District 4 Community broke ground on a new multipurpose building on Jan 12.

In front of a large size saguaro cactus, 10 nickel-plated shovels were dug into the ground, it signifies the new addition to the district and the culmination of ideas presented through years of planning that are now on the cusp of becoming a reality.

Today, what were then called service centers, have grown larger and have become even better equipped to handle the tasks of providing services to the Community members that utilize the facilities for various needs.

District 4 service center coordinator Christopher Mendoza greeted members from the district that have waited for the time when they would see a new multipurpose building after years utilizing the old service center located in the village of Stotanic.

“This is something that the Community envisioned years ago of what the people wanted to see and have in their district,” said Mendoza, “Now we are here today for the groundbreaking of the new multipurpose building.”

He said throughout the years of planning and meeting by stakeholders, the ideas of what could go into the new multipurpose building went back and forth and set the foundation for what would become the new facility when it is completed.

At the groundbreaking, conceptual art was displayed showing the various rooms and recreational areas such as an outdoor pool, indoor track and basketball court.

Among them are a senior lounge, dining room, multipurpose room, community kitchen and a whole host of comforts to bring a home atmosphere to the two-story facility.

The general contractor, Arviso-Okland Construction will be responsible for erecting the 48,470 square foot facility.

This year, Okland Construction will be celebrating its 100th year in building, making the project a significant milestone for the company.

Mendoza said, “We have a lot of people that I would like to acknowledge, because without their involvement, we wouldn’t be having this groundbreaking today.”

With the groundbreaking of the new multipurpose building, many District 4 members can now rejoice and have something they can say they helped plan.

Community spiritual caretaker Tim Terry offered a blessing on the land that will be the site of the new multipurpose building.

Terry said, before anything is done to the soil, it is customary for the people to ask for permission from Mother Earth to ensure that it will bring prosperity to its intended purpose.

He said the land has many meanings that go all the way back to the Community’s ancestors and that it is more than soil, but the history of those that came before us.

“It is important that we remember why we do these things for the land that we are on,” said Terry, “It is really important that we take care of the earth [here] before we build anything to bring positive things…. knowing it has a unique purpose of serving the people in a good way.”

Lt. Governor Robert Stone was present to add remarks to the morning’s program.

“We thank all of those people involved in the project…It’s a community decision, it’s the people’s decision and to finally get where we are today breaking ground on this new facility,” said Stone.

He said the new multipurpose building is a positive sign for the members of District 4 and all the services that will be available to them.

“The whole purpose of a community is to have our leadership and to have our people work together over various things, including a building, which I see is a community coming together,” said Stone.

District 4 Council Representative Pamela Johnson hearkened back to her childhood growing up with her grandparents on the Tohono O’odham Nation in times when infrastructure and amenities were limited.

She said communities like GRIC have come very far and is a blessing to see vital pieces of infrastructure become a reality for the people.

Several other guest speakers echoed the same enthusiasm for the new multipurpose building.

From former Lt. Governor Monica Antone and past District 4 council representative John Antone, each recognized the individuals that had a part in helping shape the projects key elements.

Monica said the district has come together to from the executive committee, elders and former council representatives, they all played a crucial role that led to breaking ground on the project.

John said in retrospect to the plans he sees today, they have come a long way from what was envisioned by several years ago, while he was on tribal council.

Monica said its about a district coming together to bring something that will benefit everyone in the Community. 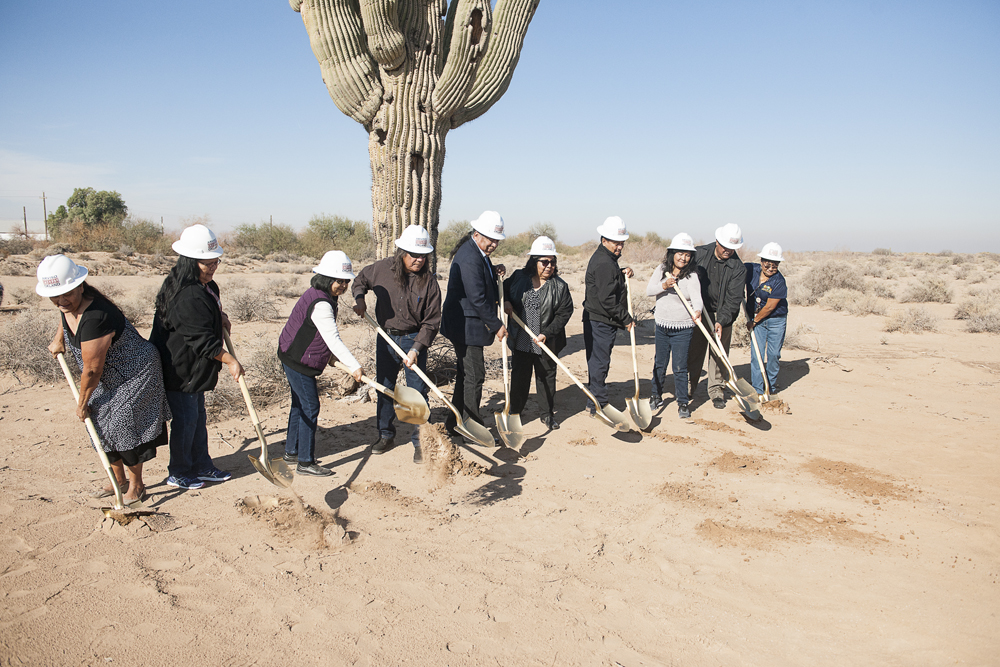 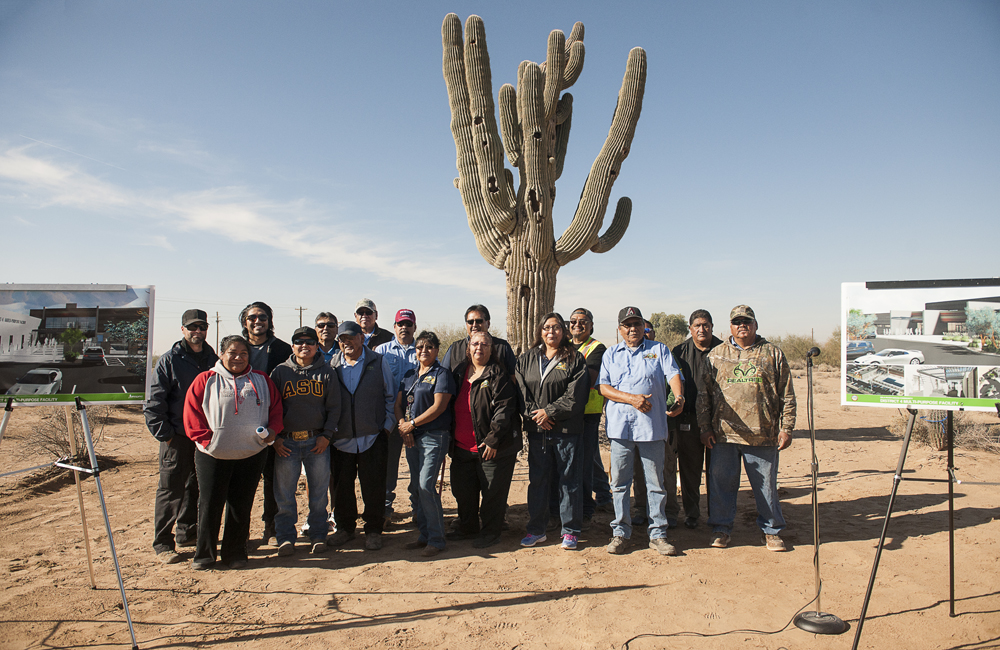 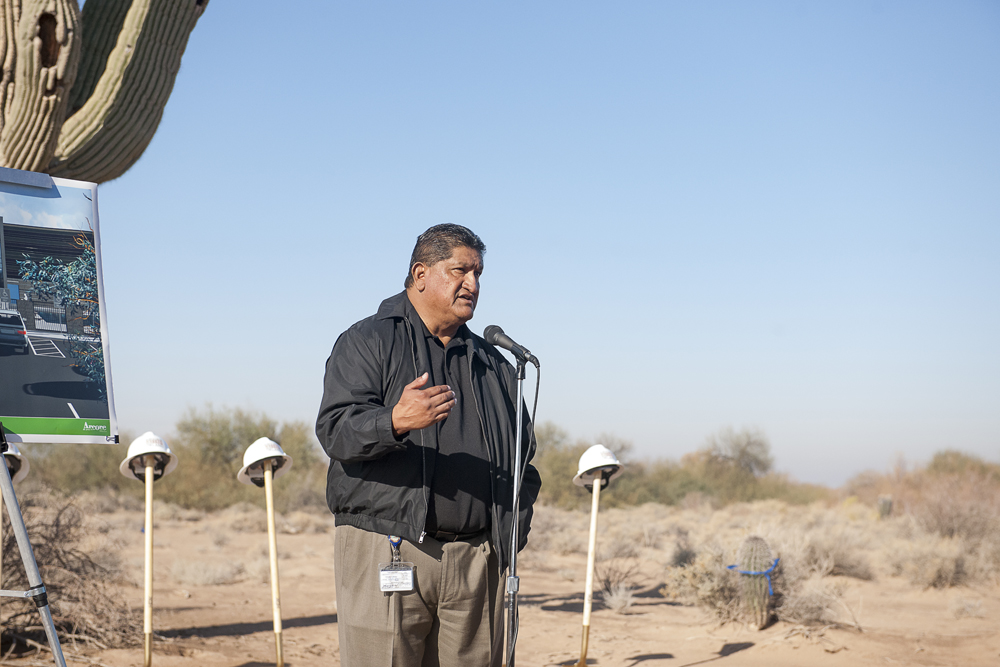