Desert Vista High School junior and community member Lee Nasewytewa competed at the Nike Cross Southwest Regionals this past November in the large school open division race. He finished eighth with a time of 16:00, his finish opened up an unexpected door to the Wings of America National Team.

“I feel good and feel like I am going to have a lot of fun,” said Nasewytewa of the opportunity. “It is pretty cool that I made it. It’s good to see your training pay off. The results when you do good is worth it.”

After his regional finish, Nasewytewa headed to Portland, Oregon in early December to compete in the Nike Cross Nationals with his Ahwatukee team. His team was the first Arizona team to ever qualify for nationals. The team finished eighth out of 22 teams.

During his regional race, the director of the Wings of America watched as Nasewytewa led the race and stayed competitive in the leading pack. The director left a flyer with one of Nasewytewa’s teammates with information on the organization.

According to their website, Wings of America has a vision to build healthy Native communities with youth running initiatives, inspired by the cultural, spiritual and competitive legacy of Native runners. Wings empowers Native youth and their families.

With Wings of America, Nasewytewa will train for the junior race at the 2018 USA Track and Field Cross Country championships held in Tallahassee, Fla., in February. In high school, the cross-country races are 5,000 kilometers but in the junior race the distance increases to an 8,000 kilometer race.

Nasewytewa has adjusted his training to help his strength and endurance to make the adjustment of an added 3,000 kilometers.

He will be representing the Gila River Indian Community. He is joined by six other Native American runners representing the Colville Confederate Tribes, Navajo Indian Tribe, Hopi and Sisswton Wahpeton Oyate.

Nasewytewa has been running competitively for the last six years, starting his career as a sprinter. He switched over to distance running when he was 12 years old. His path to running came from his father.

“Every time he goes to the line I get scared like I am the one racing,” said Steven. “I try not to feel that way so he doesn’t get nervous. It’s exciting and to tell you the truth, he is a little bit faster than I was at his age.”

Steven hopes that Lee is able to take in the lessons from his coaches as he makes the jump to a further distance and his training changes. From a father’s standpoint, Steven wants to make sure Lee doesn’t over train because his son is young and has such a bright future ahead of him.

His son first amazed him when he won the sprinting races with Native Exhilaration, winning the 100-meter, 200-meter and 400-meter dashes. Little by little, Steven tested his son with harder workouts and each time, Lee responded to the challenge.

In addition to being a runner for Desert Vista High School’s cross country and track and field teams, Lee is an honor student who takes rigorous honors classes but maintains his great grade point average. 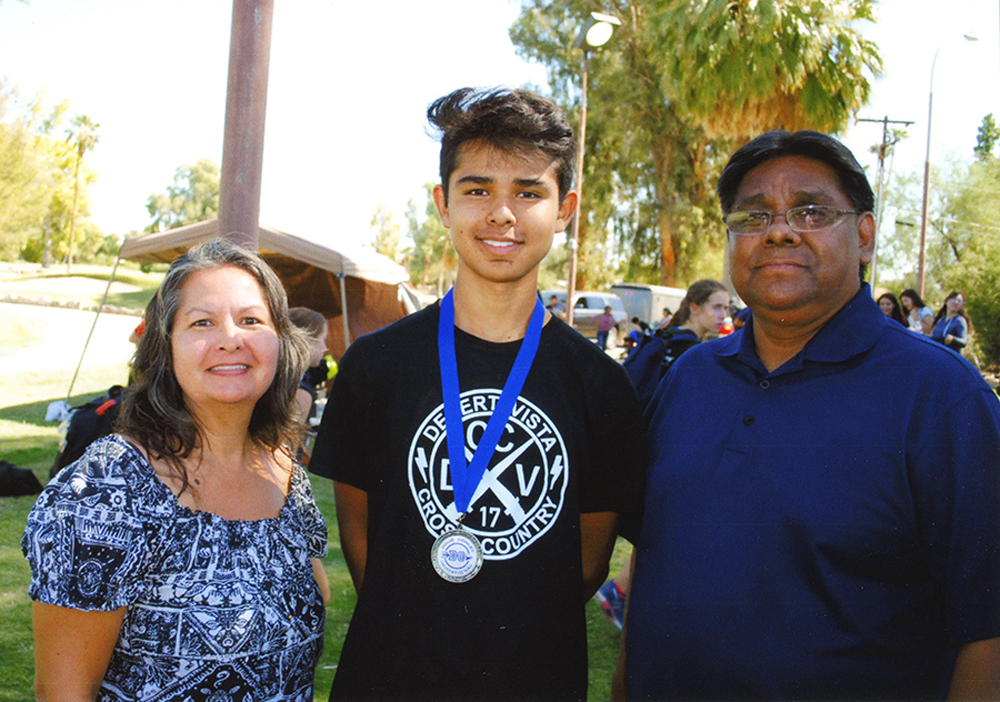 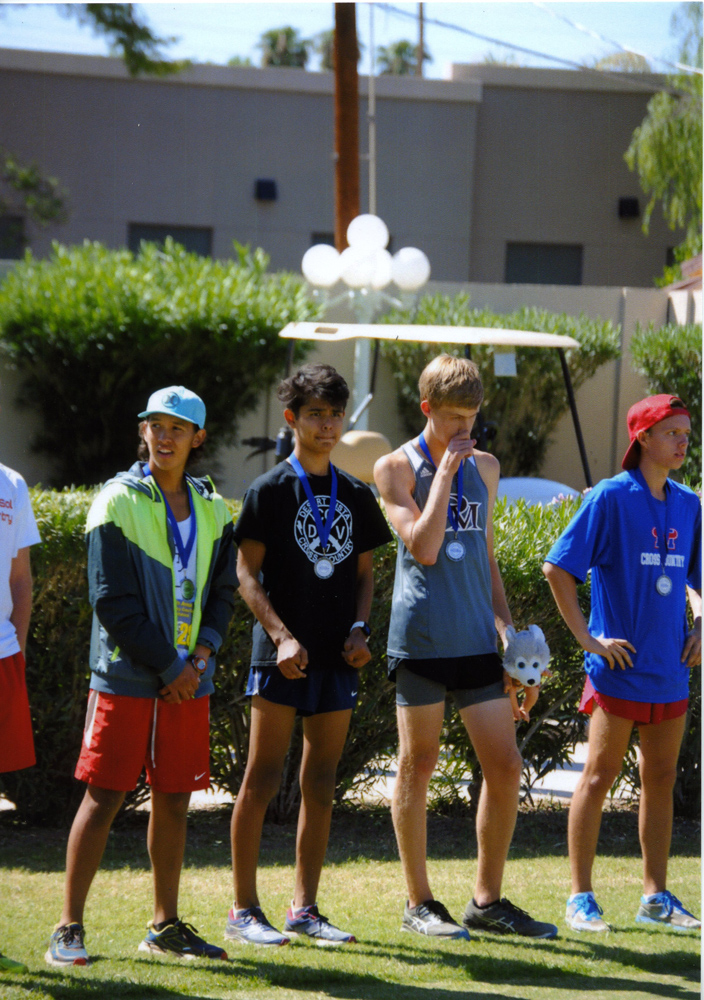