On Friday, July 26, District 4’s new service center hosted the WIOA Banquet recognizing the 119 participants in the Summer Youth Worker Program. The event highlighted outstanding participants and employers while also demonstrating various aspects of what they learned over the seven weeks. Lt. Gov. Robert Stone spoke and said he was happy to see the support of the families in attendance.

“Do the best you can do because hard work should be given 24-hours a day 365-days a year.” Stone encouraged them to take advantage of these programs and to continue on their path and find a place within the Community when they become adults.

Three of the employment programs were highlighted during the banquet including the Film 101 class, the Culinary 101 Program and the cadet program.  Edit Box hosted the Film 101 class of students and premiered their 15-minute film project called, “An Elders Past.” The Culinary 101 Program, led by Alyssa Dixon, showcased a video highlighting the youth and also served a Pima corn cake drizzled in mesquite syrup. And lastly, the Public Safety’s First Responder’s Cadet Program, comprised of Fire, EMS, and Police, demonstrated various speed skill drills vital to their field.

Officer James Milano said of this year’s 16 students and Public Safety Program, “We are known as the fun program but it is serious fun.” Officer Milano shared that their program is para-military style, with marching and physical training every day during the program. They work in supervised but strenuous scenarios learning first-aid, CPR, fire turnouts, and fire weapons. It was also announced that the Public Safety Program will now be year around. 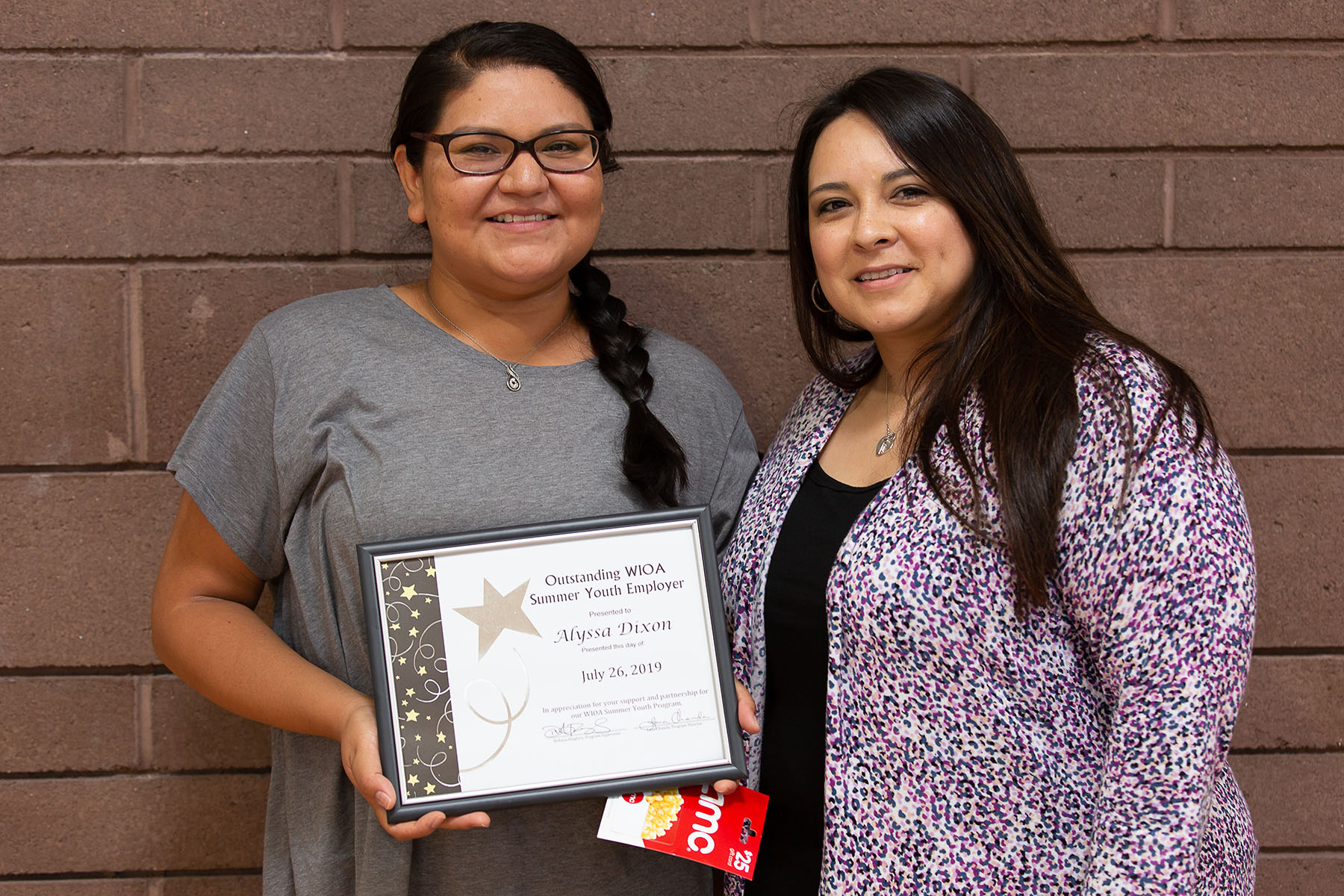