The Feb. 12 meeting began with the youth and Gov. Lewis discussing education and their plans for the future, but quickly shifted when, unbeknownst to the youth, Mrs. Obama walked in and asked to join the meeting.

“I thought it was just a regular roundtable,” Erica Dawahoya, 19. The youth were under the impression that the meeting would include a guest, but it came as a shock when the former first lady entered to room. “My mind just went blank,” Dawahoya said.

Charisma Quiroz, a student at the University of Arizona from District 1, was also invited to the meeting to discuss education.

“I really had no idea that Michelle Obama was going to be here,” she said.

Mrs. Obama was joined by Valerie Jarrett, former advisor to President Barack Obama, as part of her Reach Higher initiative, which was launched in 2014 to inspire every student in America to pursue higher education.

For the visit, Reach Higher partnered with Yoobi, a stationery and school supply company, to donate school supplies to the 900 elementary and middle school students in the Community.

Local news outlets were also present and covered the first part of the meeting as the students introduced themselves to Mrs. Obama. The media was then excused while the meeting continued in private.

“My impression of her was that she’s a smart and confident woman who is a role model to me,” said Cardona. The youth described their experiences in education to Mrs. Obama and she encouraged them to reach their goals.

Mrs. Obama also revealed her own struggles as a young woman, according to  Gov. Stephen Roe Lewis, who said the former first lady bonded with the students.

Mrs. Obama presented the youth with autographed copies of her book, “Becoming,” and tickets to her appearance at the Comerica Theatre in Phoenix for “An Intimate Conversation with Michelle Obama.”

After the meeting, a message was posted to Mrs. Obama’s official Instagram account, @michelleobama, that said, “Today I sat down with several young people from the Gila River Indian Community in Chandler, Arizona, home to the Akimel O’otham and Pee Posh tribes. To me, these students are living proof of the power of resilience. No matter what they’re facing, no matter their circumstances, they get up every day believing that they can make life better for themselves, their families, and their peers. I believe in them, too—and I hope you do as well. This isn’t the last time we’ll hear from Samaira, Andrew, Adam, Charisma, Daniel, Karissa, and Erica. #ReachHigher.” 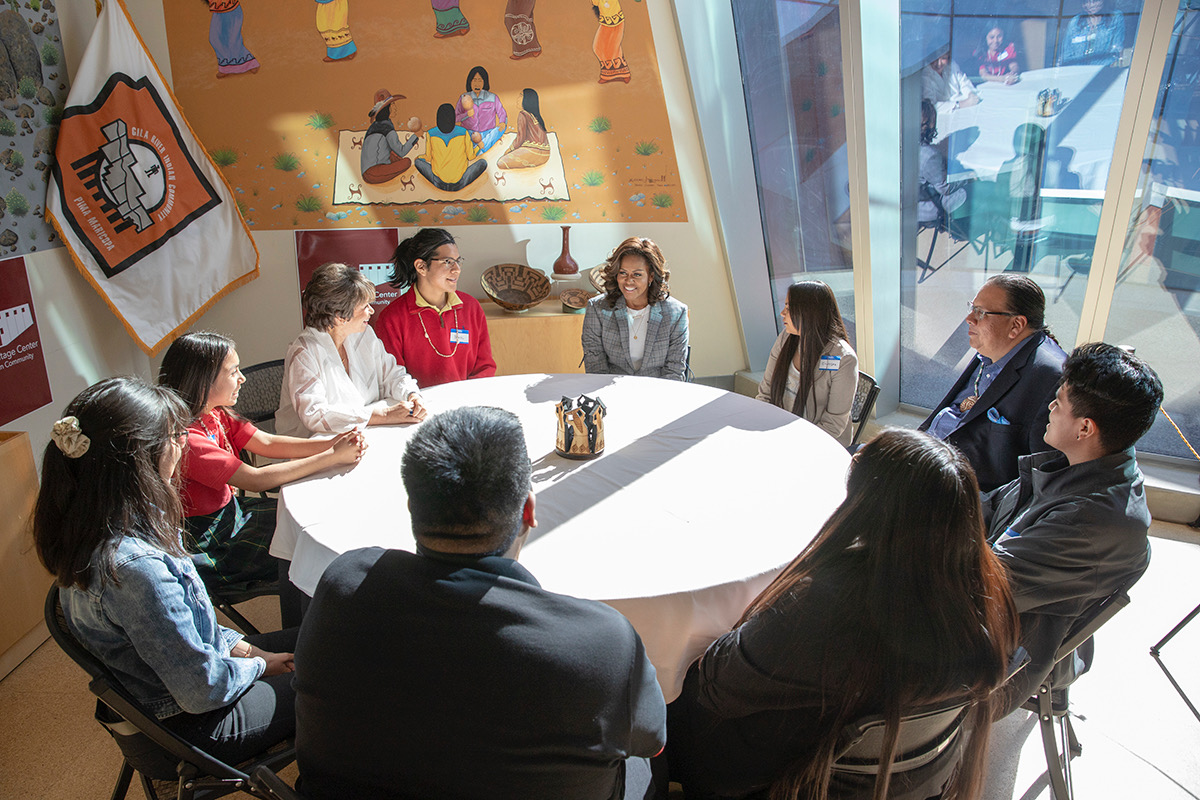 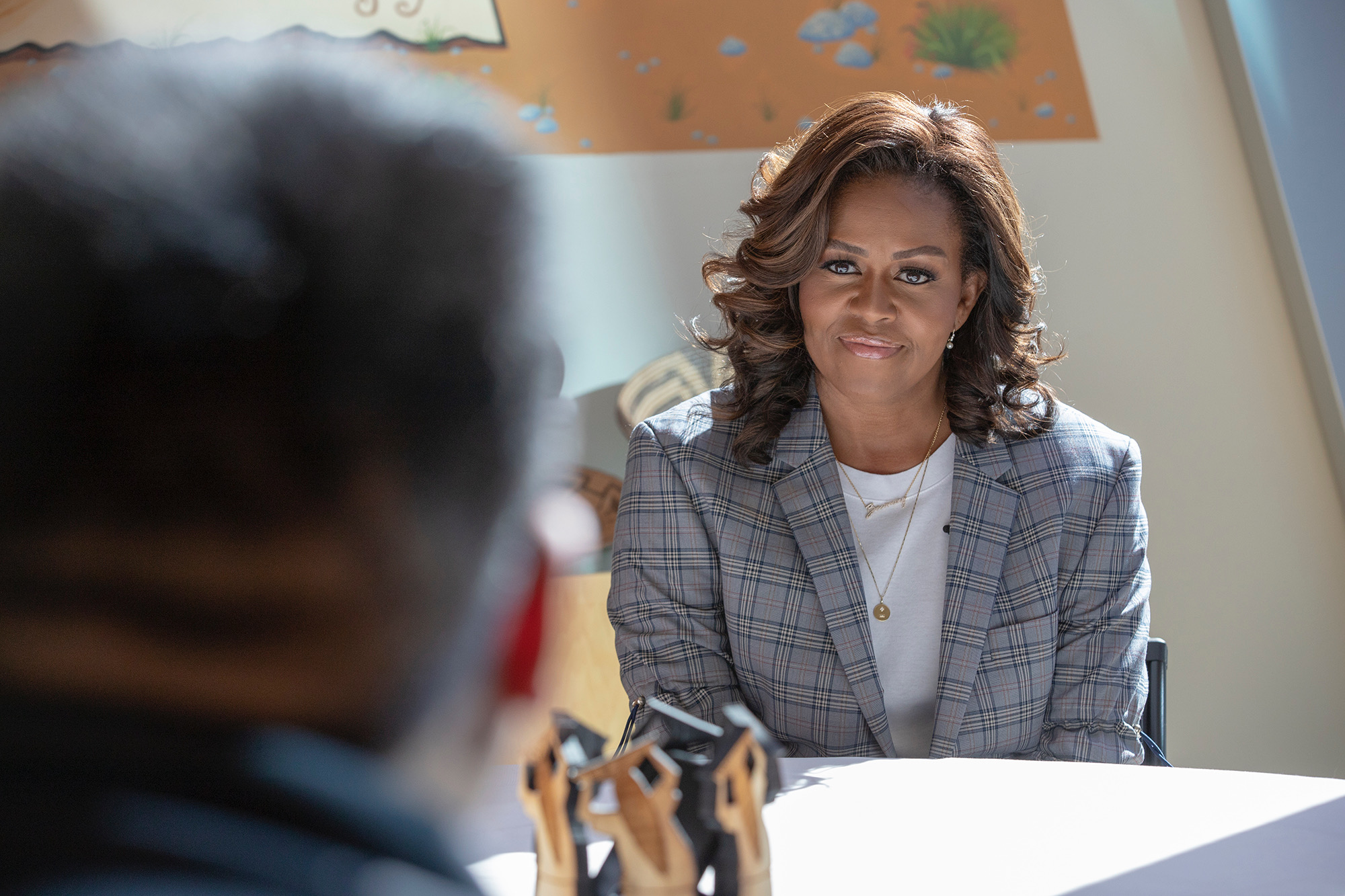 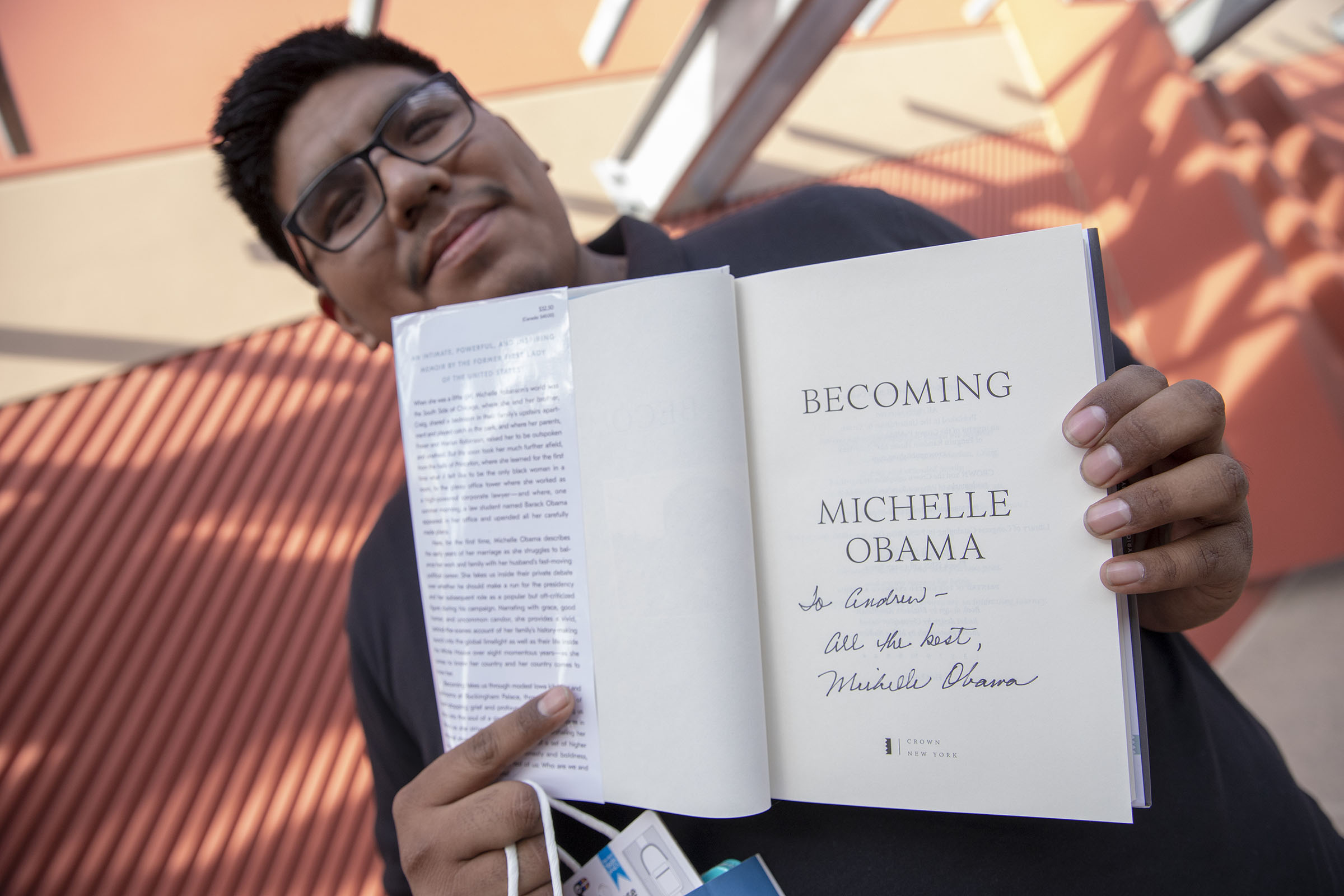 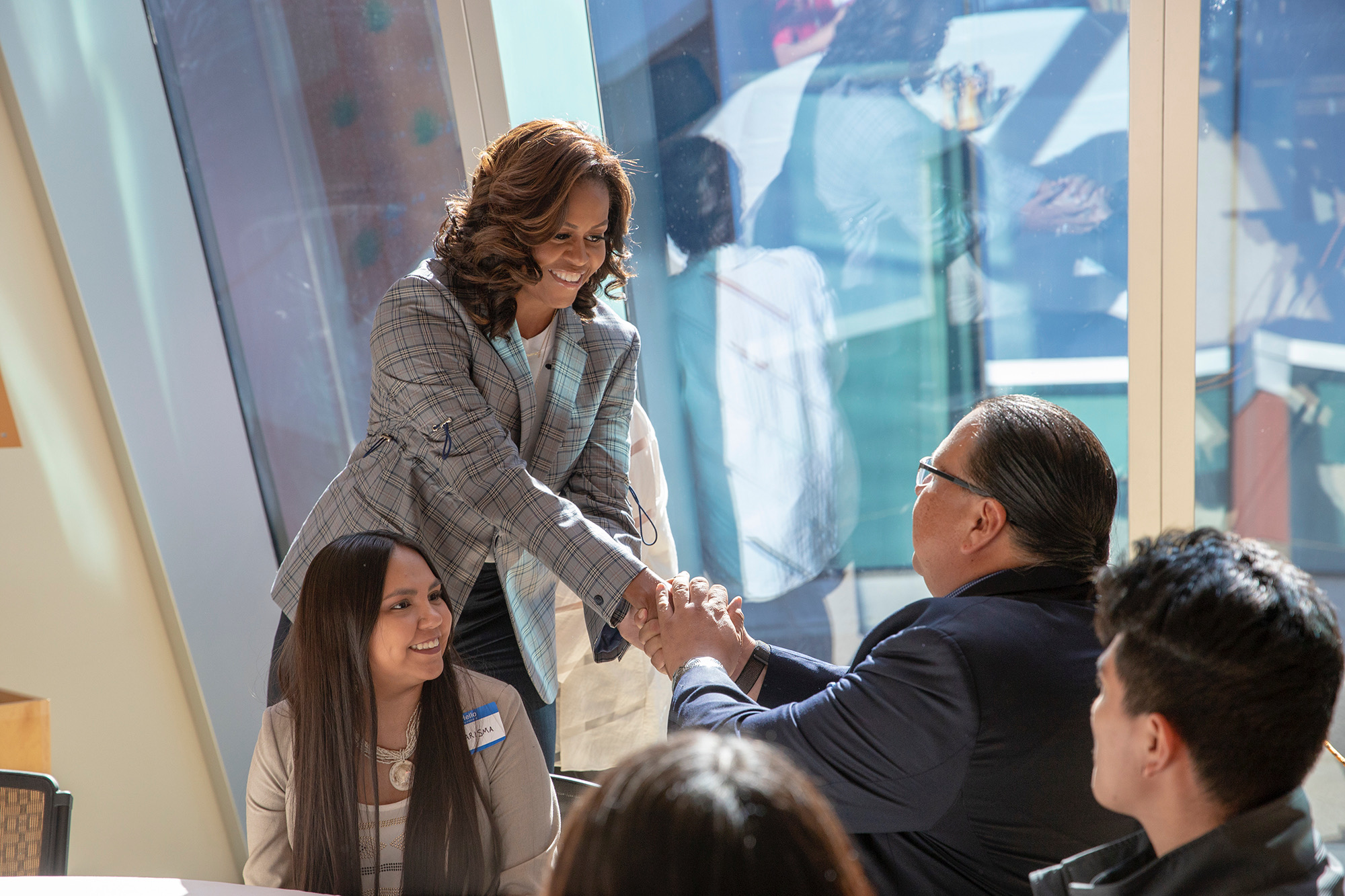 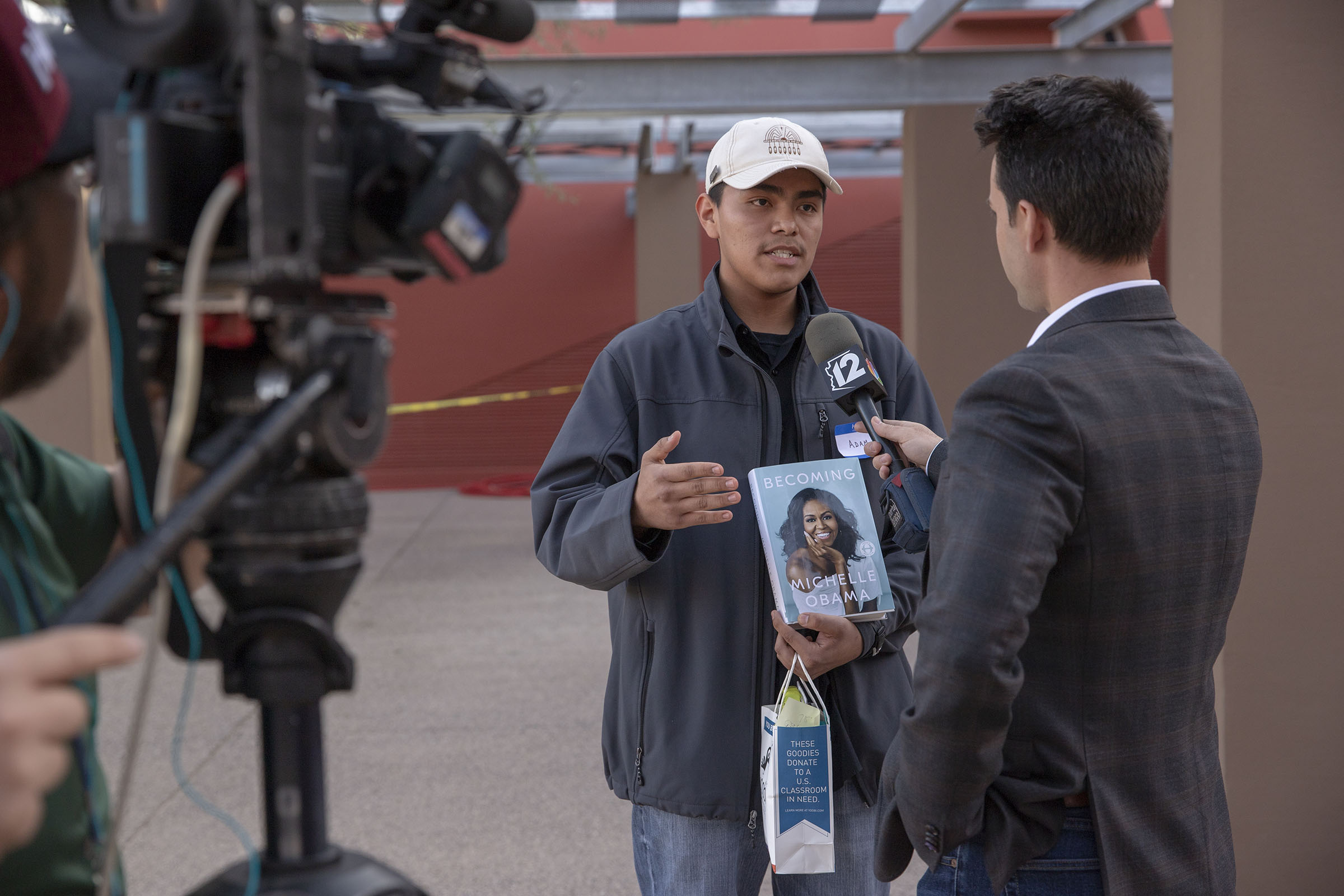 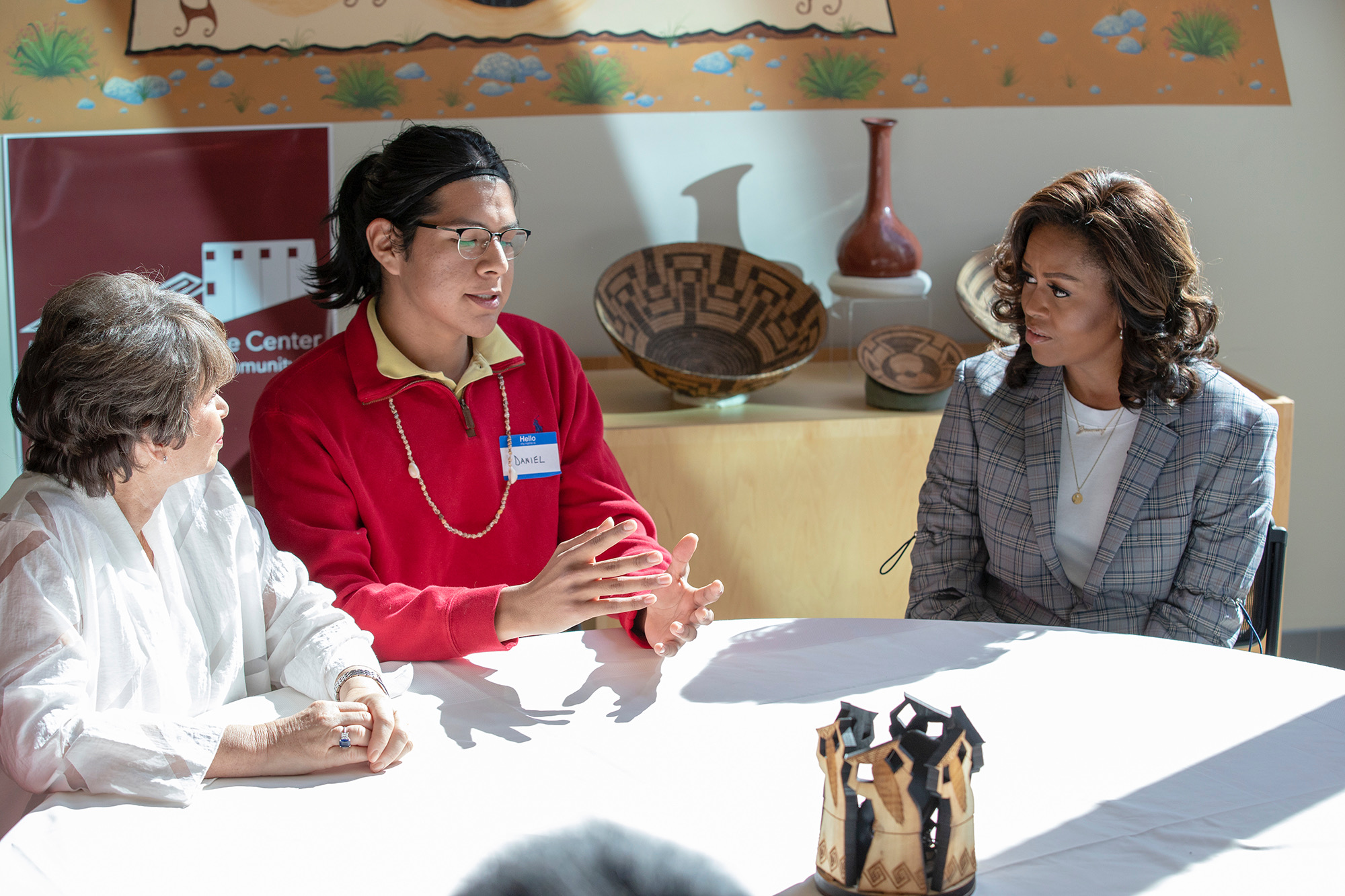