On the eleventh anniversary of the signing of the Arizona Water Settlement Act, the Gila River Indian Community honored past and present leaders at the 2015 Water Rights Celebration.

At the Rawhide Western Town Frontier Hall on Dec. 10, the festivities highlighted a mixture of culture, history and the current state of GRIC’s water plan.

In his address, Gov. Lewis emphasized GRIC’s efforts to reclaim their water rights. “It’s important to talk about our story, both historical and contemporary.”

Gov. Lewis also outlined the establishment of a permanent water fund that will allow the Community to utilize Central Arizona Project water in a financially responsible way.

Lt. Gov. Antone hinted at the many possibilities that are afforded to tribal members that will be the backbone of GRIC’s water infrastructure as projects get underway.

“The future of the Gila River Indian Community is bright, when you look at the many benefits Community members have because of the water rights settlement,” she said.

Former Gov. Donald Antone Sr. said there was a lot to fight for when the Community was working to obtain its water rights.

“I learned the traditional issues as well as the modern issues,” he said.

After the formal program, singers gathered outdoors on the lawn where many participated in social dances. The event closed with a chicken scratch dance provided by the Two Rivers band. 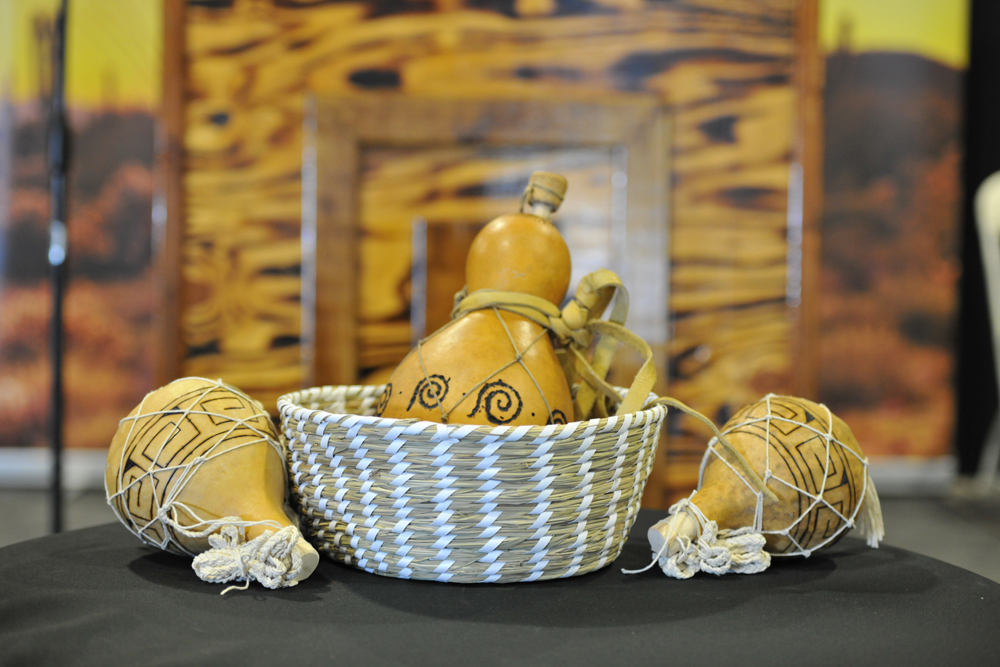 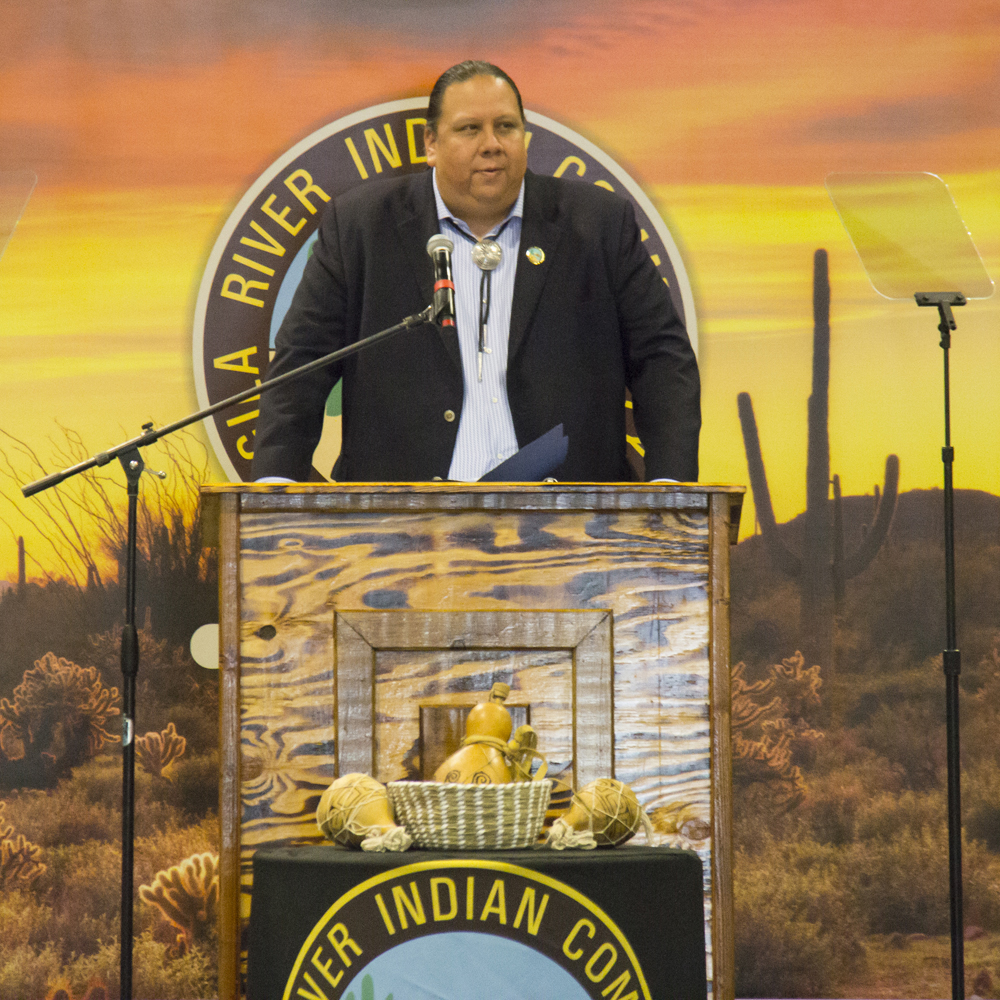 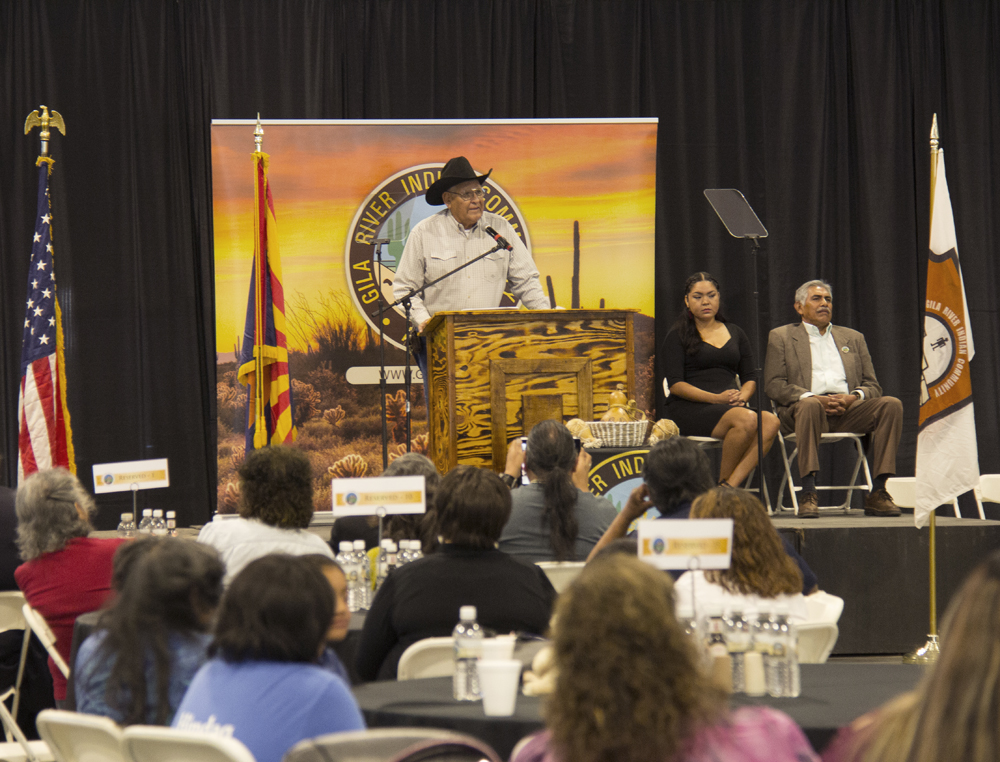 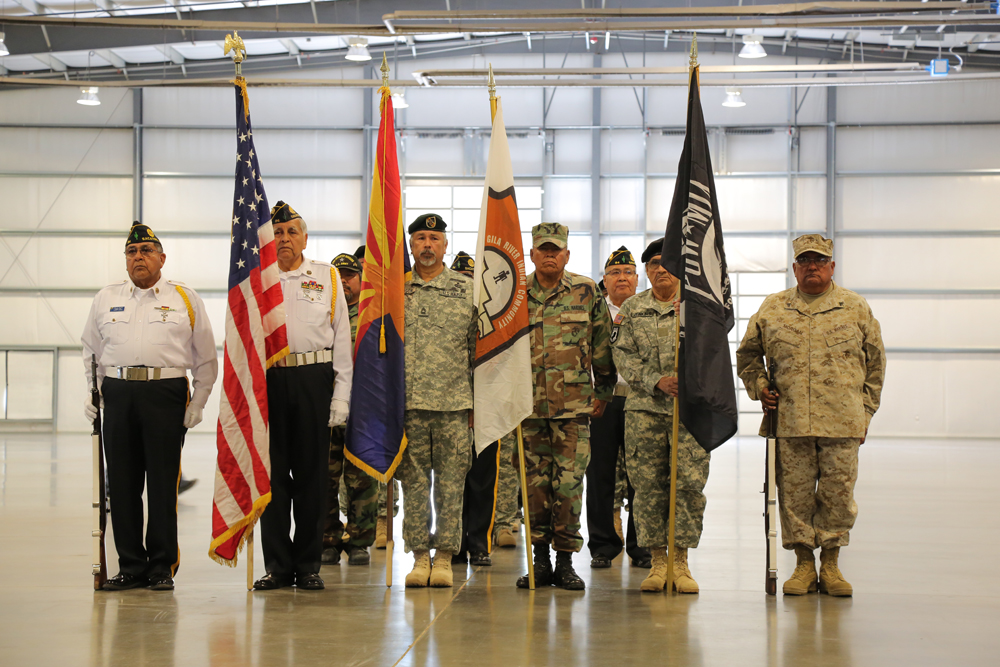 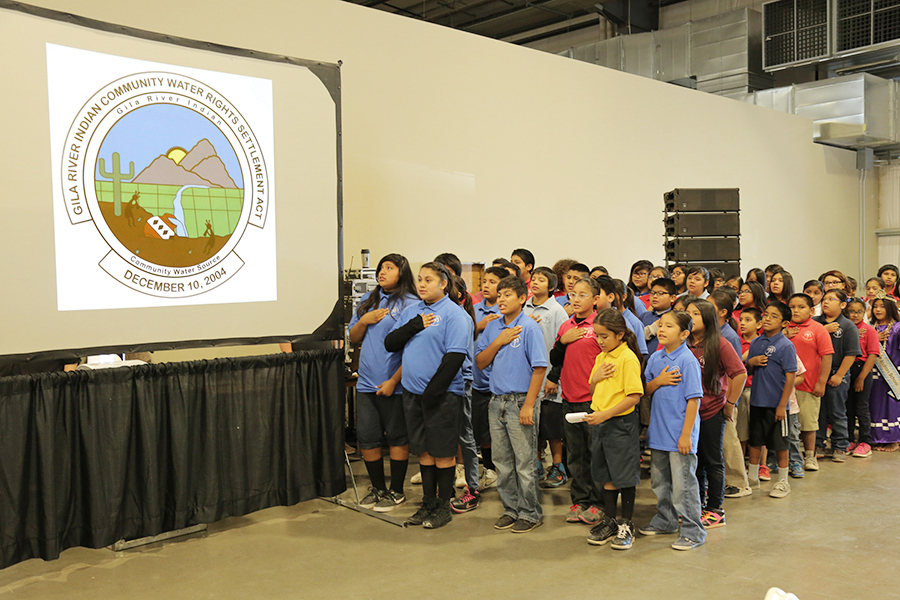 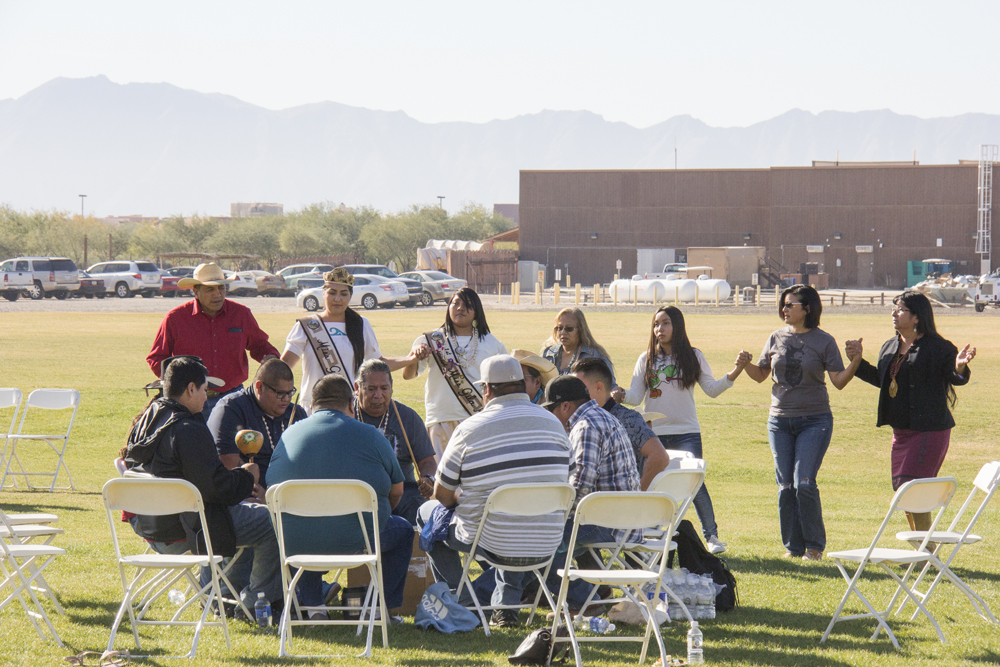