Cancer is a disease that affects everyone, from the youth to the elderly, and has become a growing issue within the Gila River Indian Community, which is why hundreds of Community members came out to the 7th Annual Cancer Awareness Day on March 19, to educate and support one another by sharing their own personal experiences with the deadly disease.

The event, organized by the Westend Health Committee was held at the Boys & Girls Club – Sacaton Branch. The program began with an early morning 3-mile walk/run that sent participants throughout the streets of Sacaton. Shortly after, Community members streamed into the club’s gymnasium, where they received an event T-shirt and visited informational booths covering a variety of health related topics.

Gila River Indian Community leadership was fully represented at the event with Gov. Stephen Row Lewis, Lt. Gov. Monica Antone, and Council Representative Carolyn Williams sharing their own experiences with the disease and how it affected their own friends and families.

Keynote Speaker, Virginia Warren, Office Chief for Arizona Cancer Prevention and Control, spoke on how poor lifestyle choices aided in the growth of cancer and stressed the importance of screening for the disease.

During her speech, Warren emphasized that while many women regularly see their doctor, men tend to put off seeing their health care provider the most. She urged women in the audience to encourage the men in their lives to see a doctor and get screened, especially if they are experiencing chronic symptoms.

Several Community members, who are currently battling cancer, took to the stage and talked to the audience about their own hardships and how the disease affected their lives.

“It is inspiring,” said Devin Pablo, Community Health Education Specialist for the Gila River Indian Health Department, “because here are these individuals who are battling cancer, who have battled cancer, they still have joy in their lives, they are not taking it as something that is going to conquer them, they still have that positive outlook in life, they can still laugh and go on.”

And while the event was held to support Community members in their own struggles with cancer, whether a personal struggle or family member stricken with the disease, it was also to educate and promote awareness.

“That’s one of the major goals of the event,” Pablo said.

“[It’s] to open eyes and minds to get them to look at [cancer] in a different way and say ‘Wow, I could be at risk’,” Pablo said.

“It is different when you haven’t had it yourself or if you have never been affected by it.” Which is why they started this annual event, he added, because cancer is more prevalent than people realize and it is important to raise awareness about this disease.

According to the American Cancer Society, one in two men and one in three women are at risk for getting cancer with more than 1 million people being diagnosed with the disease every year. The Arizona Department of Health Services’ Cancer Prevention and Control recommend both men and women follow these five steps to protect themselves and their families.

Additionally, men and women are at risk of developing different types of cancers at varying stages of life. To the right are two charts explaining what to look out for, as a man or woman, during your next doctor’s visit. 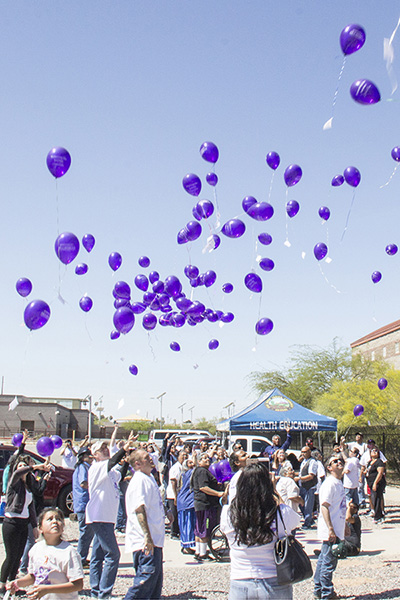 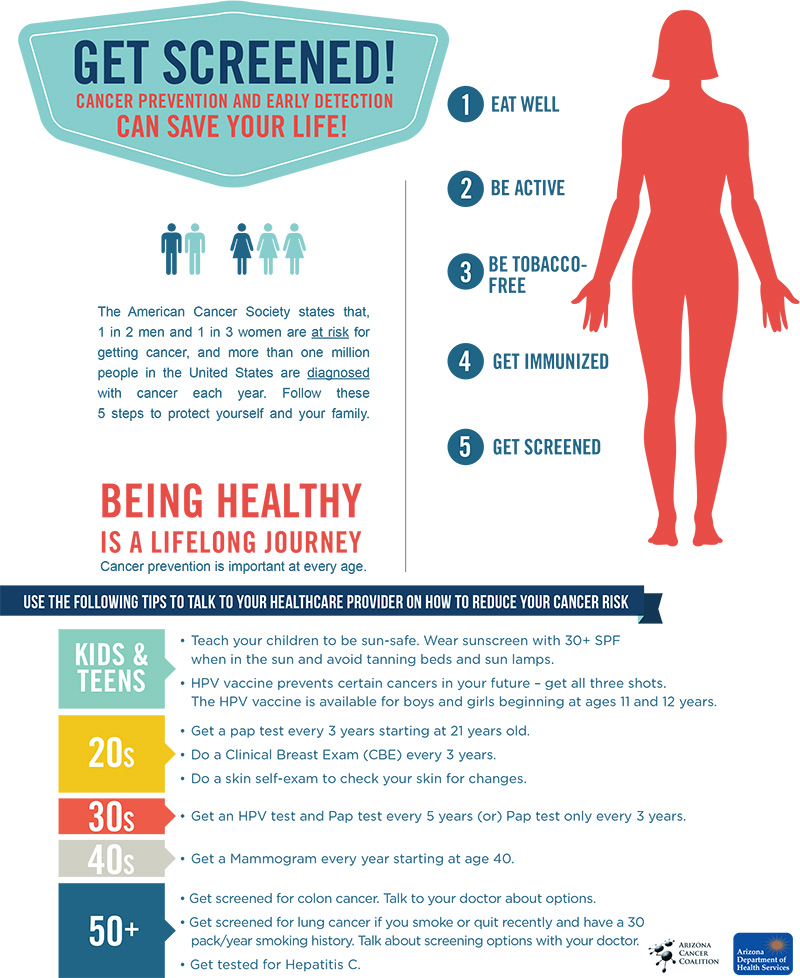 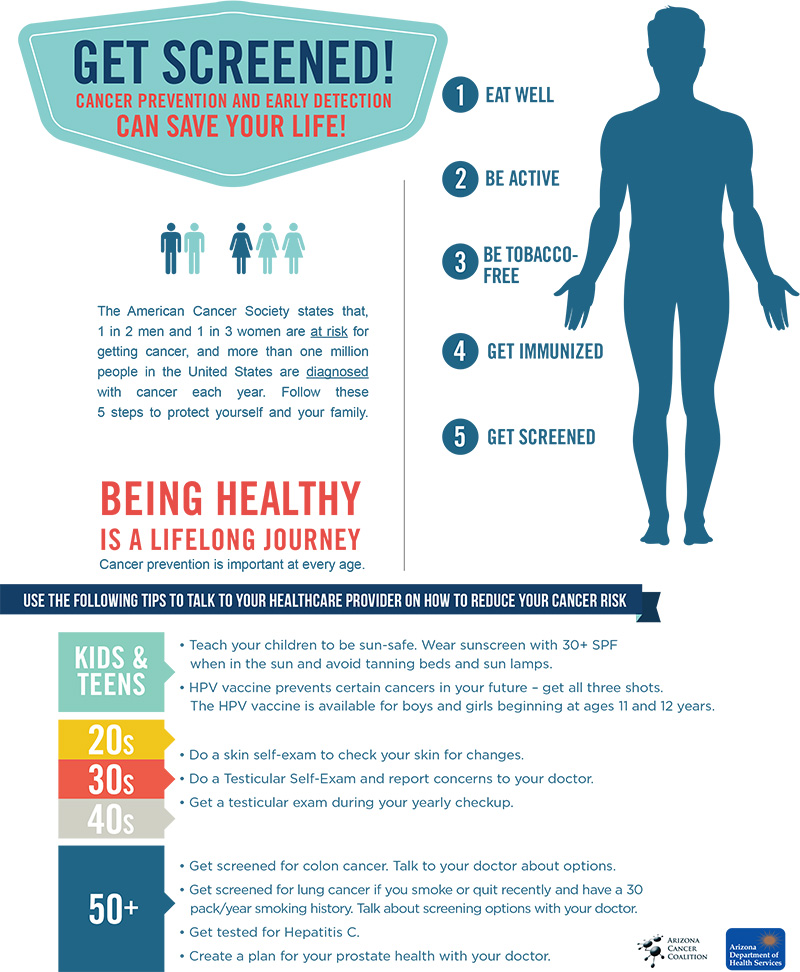