For decades, two Gila River Indian Community skateboarders have been slashing and carving their way through the Community’s seven districts, always on the lookout for the next great skate spot. But as the years have passed, Paul Molina and Reuben Ringlero have lessened their skating excursions and become more interested in hosting skate competitions for the future generations of the Community.

The duo’s commitment to holding skate competitions over the past decade has led to them becoming fixtures in the Community’s skate scene, which is why the two came together this spring to put on the Spring Break Skate Contest at District 7’s Pee-Posh skate park on Mar. 18.

The skate contest was sponsored by Elemental Awareness Foundation, which provided skate boards and prizes for the participants. The District 7 Recreation Program provided food and drinks for the event.

The contest attracted 20 skaters who were split into three groups, the 7-to 9-year-old, 10-to-15 year-old, and 16 and up divisions. Each skater was allowed two one-minute performance runs that were scored by judges.

While all skate competitions pit each skater’s skill against one another, the atmosphere of the events is always one of positivity, community, and fun. And for Ringlero, emcee of the Spring Break Skate Contest, the sport is more than just preforming kick-flips and ollies, it’s about community.

“The purpose of the skate contest is to get the kids to come out and show their skills,” said Ringlero. It also keeps them out of trouble and focused on something they are passionate about. It keeps them thinking about skating and training for the next competition, and through the years we’ve seen these kids get better and better,” he said.

Molina, owner of Seven Layer Army Skateboards, believes that skating is more than just a sport, it’s something that allows people to tap into their creative side.

“Skateboarding in general is…really independent,” he said. “It’s not an average sport, it is more individualistic, it’s being yourself and [it’s creative]. These skate competitions are just another way of us expressing ourselves and watching other kids express themselves,” he said.

As the sun dipped below the horizon and evening turned into night, several Community skaters were awarded skateboards for winning their age division and all participants received prizes as well.

In the end, the skate competition brought out the next generation of Gila River skaters to participate in a healthy and fun activity, instilling camaraderie and community in a supportive environment.

“You have to experience it,” said Ringlero. Once people experience a competition, they say “Wow, what an amazing community event, with a positive atmosphere!” Ringlero said.

That’s what motivates me to continue putting on these competitions, he said.

Molina and Ringlero will be hosting two more skate competitions, a Five Tribes event on April 9 in District 7 at the Pee-Posh skate park, and a Go Skateboarding Day event in District 3 on June 21. 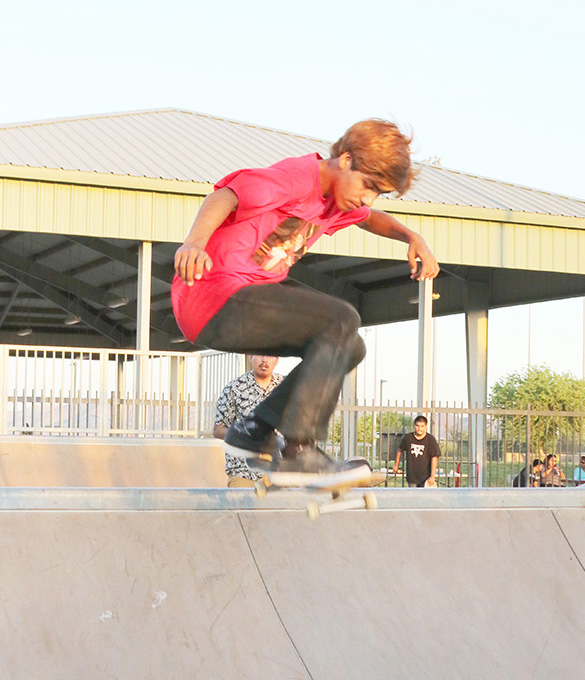 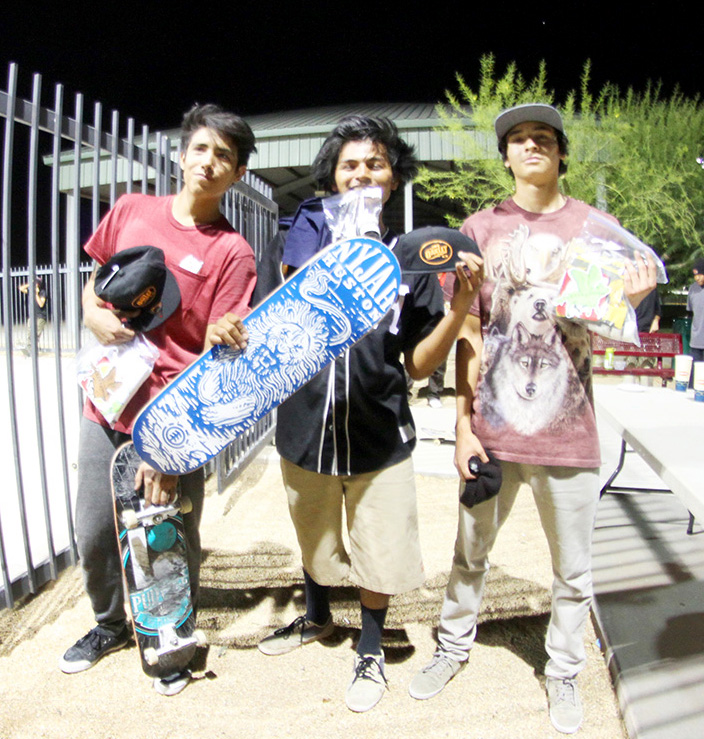