Legendary Major League Baseball announcer and professional baseball catcher Joe Garagiola passed away at the age of 90 on March 23.

Garagiola, who is a member of the MLB announcer’s Hall of Fame, was not only a local legend for announcing Arizona Diamondbacks games, he was also a close friend to St. Peter Indian Mission School in Bapchule, who contributed his time and efforts to the school over the years.

An example of those efforts was Garagiola’s assistance in acquiring a new bus for the school in 2012. According to a Nov. 12, 2012 Gila River Indian News article “Joe Garagiola, Sr. visits St. Peter,” the school’s former bus was aging, had no air conditioning and would frequently break down. Once Garagiola found out about the less-than ideal conditions of the older bus, he sprung into action, reaching out to his contacts and other schools. The brand new bus was delivered to the school on Oct. 18, 2012.

Garagiola, who has been a long-time supporter of the school, said of the Community.

“It’s easy to make a connection with the people here at Gila River because they’re all good people.”

And it was only just recently that St. Peter Indian Mission School teachers and staff sang happy birthday to the baseball legend on his 90th birthday inside the school’s church on Feb. 12.

The passing of the baseball icon not only affects Community members and the St. Peter Indian Mission School, it also weighs heavily on the baseball world as a whole.

Garagiola’s family said in a statement:

“Joe loved the game and passed that love onto family, his friends, his teammates, his listeners and everyone he came across as a player and broadcaster. His impact on the game, both on and off the field, will forever be felt.”

According to arizonasports.com, the family is asking that instead of sending flowers to mourn Garagiola, donations can be made to St. Peter Indian Mission School or charity organization, the Baseball Assistance Team. 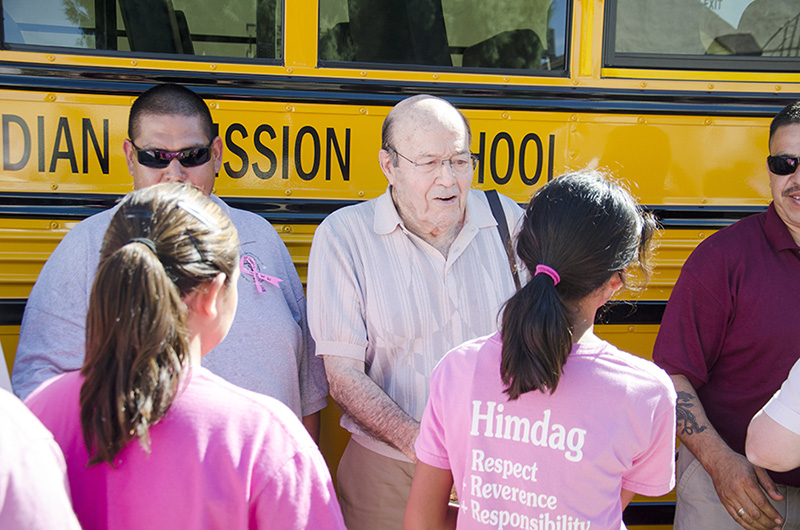