Hundreds of extravagant lamp structures will fill the parking lot of Rawhide Western Town from Nov. 18, through the holiday season to Jan. 30, 2017.

The U.S.-Chinese Cultural & Educational Foundation partnered with the City of Phoenix, the City of Chandler and the Wild Horse Pass Development Authority to bring one of the largest Chinese lamp festivals in the country to Rawhide.

“The Lantern Festival is a Chinese festival celebrated on the fifteenth day of the first month in the lunar Chinese calendar. It marks the final day of the traditional Chinese New Year celebrations,” said the hosts in a memo. “The lantern festival was meant to celebrate the ‘declining darkness of winter.’”

The organization said, “The lanterns can symbolize people letting go of their past selves and getting new ones… In ancient times, the lanterns were fairly simple, and only the emperor and noblemen had large ornate ones.” But today, lanterns have been modernized and embellished.

The lantern festival has traveled to more than 21 cities around the world since 2002. According to the Foundation, 90 percent of the high-tech LED lanterns are produced in Chengdu City, China, which is a Phoenix Sister City partner.

In recent years, the festival has been hosted in the United States in Louisville, Atlanta, and Houston. Over 300,000 guests are expected to visit the lantern festival in Gila River this year.

At an opening event on March 22, WHPDA Assistant General Manager David White thanked the Foundation for working with GRIC and said the event has the potential to positively impact the economies of, not just the Community, but all of the greater Phoenix area.

Mr. Junying Zhu, Board of Directors of the Chinese Chamber of Commerce, added, via a translator, that he hopes the festival will be an opportunity for cultural exchange.

Afterward, the Hashan Kehk Basket Dancers shared a bit of O’otham culture and a dancer from China performed a traditional Chinese dance.

Be on the lookout for more information in the GRIN and online. Visit the festival’s website at www.lightsoftheworld.net or search “Lights of the World Lantern Festival” on Facebook. 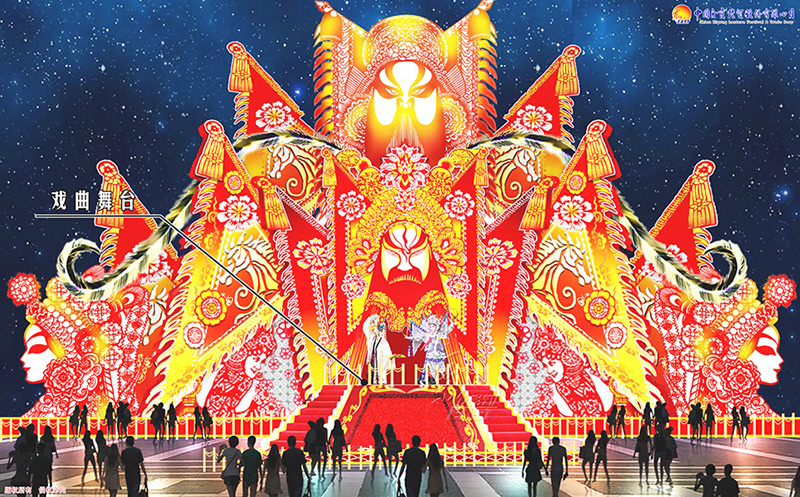