In an effort to bring clear and concise information to the Community about the May 3 special election ballot, the Gila River Indian Community held informational meetings for employees and Community members, April 4 and 5, with help from the Communications and Public Affairs Office (CPAO), Tribal Elections Office, Office of the General Counsel (OGC), and the Legislative Standing Committee.

GRIC employee meetings were held at the Governance Center in District 3 and at the Boys & Girls Club – Komatke Branch in District 6.

District meetings were held at Districts 2, 3, 4, and 5 in their respective Service Centers. Information was also presented to Community elders at the Elderly Concerns Meeting, April 13, at the District 2 Multipurpose Building.

An additional meeting will convene at the District 6 Service Center on April 18 at 7 p.m.

Councilwoman Jennifer Allison, who answered questions about the special elections ballot during the informational meetings, said “I want Community members to have this information.” Allison understands it can be difficult as a worker or parent to find the time to go through this information in detail, which is why every Community member who attended a special election ballot meeting was provided with a voter guide explaining in straightforward and detailed language each proposed constitutional amendment and how voting “Yes” or “No” would affect the current constitution.

Community members also watched a video summarizing each of the five questions in the sample ballot, which cover all seven of the proposed amendments. The video urged voters to participate in the special election because if less than 30 percent of registered voters ( approximately 1,800 voters) take part in the election the ballot will be deemed invalid.

During the meetings, Community members raised a variety of questions about the special elections ballot.

Additionally, every GRIC registered voter was mailed a voter guide.

For more information about the special election’s ballot, view an informational video at www.gricnews.org or call the Communication and Public Affairs Office at 520-562-9715. 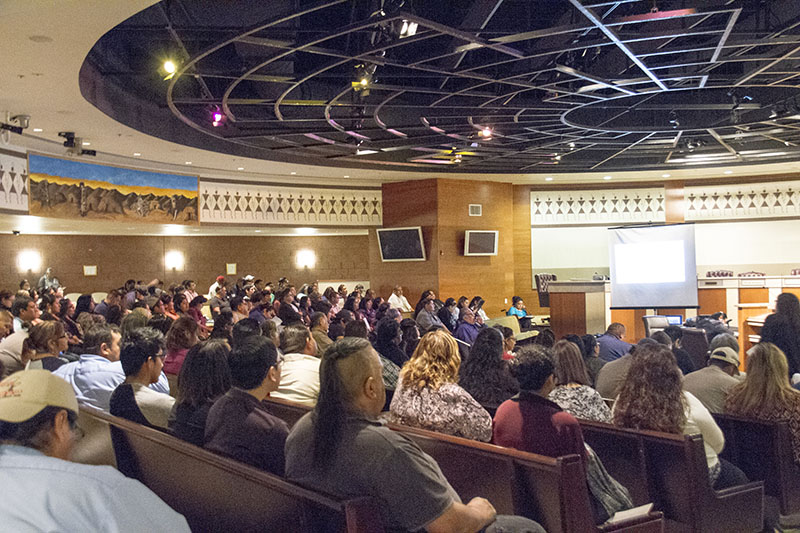