The hannam bloom early in the spring, so you want to go out a week or two before the equinox, in early to mid-March, to pick the Cholla buds just before they open, when they are swollen and bright pink.

The O’otham word hannam refers to both the Cholla cactus and the flower bud that it produces, which makes for a good snack when properly prepared.

Last week on April 5, a group from the Huhugam Heritage Center invited me out to the Santa Cruz area to pick hannam with them and some culture teachers from the area, and while we were a little late for prime picking time, we were still able to find a few late-bloomers.

In the rocky foothills of the Sierra Estrellas, with the sun rising in a haze to the east, the crew picked hannam for hours and produced a bucket-full of the prickly buds. In peak time, only a couple pickers could produce three times that amount in a single hour.

On that Tuesday morning, each of us wandered the desert, inspecting every Cholla we laid eyes on for the succulent green sprouts. To detach the bud, simply grab and twist.

Our tools? Metal kitchen tongs and plastic baskets. I had to ask, “How did they do it a long time ago, before modern tools?”

Culture teacher Joyce Hughes said, traditionally, O’otham made tong-like tools out of va:pai (Saguaro cactus ribs) to pick the hannam and probably used tightly woven baskets to carry their loot. As a child, she would pick hannam with her grandma, mom, aunties and sisters and they would use tin buckets.

There are many ways to cook and eat hannam. It’s good pickled or roasted, in salads or eaten individually. Historically, the O’otham would harvest the Cholla in the spring, roast them, let them dry out, and store them for food for the following winter.

After picking, the HHC team dug a pit in Hughes’s back yard to pit roast their treasure.

To roast hannam, first dig a pit. Line the pit with flat rocks and build a fire, then let that fire burn down to coals. Next, line the pit with leaves from a bush called chuk sha’i (seepweed), place the hannam in the pit, cover them with more chuk sha’i and bury the whole thing. Let them roast for 24 hours. The next day, remove the hannam from the pit and lay them out to dry on a metal screen like a window screen.

“A lot of the stickers will have cooked off,” said Ernestine Nelson a culture teacher from Santa Cruz, “but there will still be a lot on there so as they’re drying, just get a stick and roll them back and forth on the screen and the screen takes the rest of the stickers off.” A long time ago they likely used a loosely woven basket to remove the stickers, she said.

Nelson said, “It’ll last forever once it’s dry.” After storing the hannam to dry, you can boil them and eat them or you can make a stew with other vegetables. “And they also [used to] make it into a porridge,” Nelson said. “There are a lot of different ways you can eat it.”

The Huhugam Heritage Center plans to store the hannam they harvested for an event this fall. In October, the Community is going to host the 2016 International Conference of Indigenous Archives, Libraries, and Museums. The HHC will use the opportunity to share this part of O’otham culture with people from other tribes.

Next year, the Huhugam Heritage Center hopes to have large groups of Community members out picking hannam with them. I am looking forward to getting out there again. 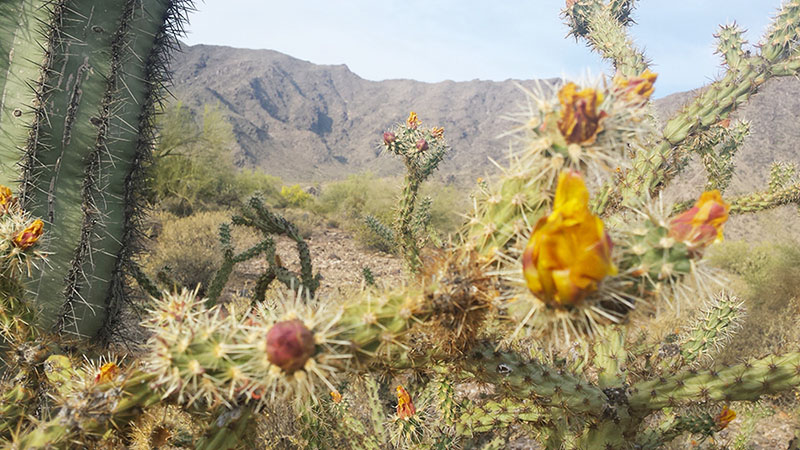 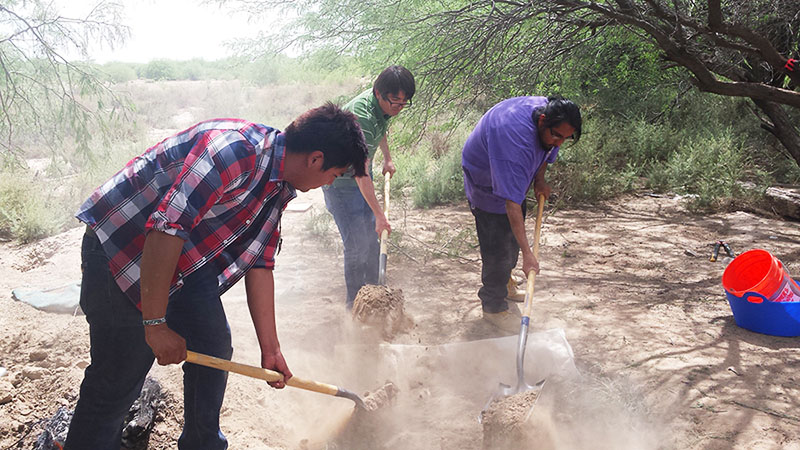