Two Community members will soon be entering one of the most renowned and competitive cheerleading championships in the United States, suitably named The Summit. With less than 10 percent of All Star Cheerleading teams earning a bid to The Summit, competition is extreme.

Luckily for team Frenzy, who earned their bid to The Summit on March 6, they are in good hands with experienced cheerleading coach Sonja Leuvano and passionate squad member Bianca Hernandez.

The squad of ten will travel to Tampa, Fla. on April 27, where they will compete against up to 300 other cheer teams from across the country. The Summit is a three-day event and if team Frenzy can make it past day one, they have a good shot at bringing home championship rings.

To understand the importance of what The Summit is to both Leuvano and Hernandez, one must understand a little about Leuvano’s relationship with coaching cheerleading and Hernandez’s lifelong dedication to the sport.

Luevano, who owns Revolution Cheer Company in Casa Grande and manages over 70 youth and staff, explains that her foray into cheerleading began when her daughter showed interest in the sport.

Leuvano then began teaching at the recreational level and found she was good at coaching, which led her to coach at the high school level. However, teaching only high school aged cheer squads left Leuvano with a feeling that something was missing.

“I missed being able to do that with little kids too, and not just high school cheerleaders,” Leuvano said. “That’s how Revolution Cheer developed, I wanted to be able to coach little kids and big kids, so All Star Cheerleading is that exactly.”

Under the tutelage of Leuvano is Hernandez, a lively 17-year-old girl from Sacaton who is currently a senior at Casa Grande Union High School and has a penchant for mathematics, cheerleading, and spicy foods.

Of the three, however, cheerleading has been a lifelong endeavor.

“I’ve been cheerleading since I was five-years-old,” said Hernandez. My mother used to be a cheerleader and she got me into the sport. She was also my cheer coach, Hernandez said.

There are four aspects to cheerleading, said Hernandez, stunting, tumbling, dancing and jumps. Stunting is my favorite, she said.

Stunting, in the world of cheerleading, is the act of building performances that display a cheerleader’s skill level, such as building a pyramid. A cheerleader, who is referred to as a base, holds another cheerleader, known as a flyer, lifting and holding them or even throwing them high into the air.

“I think [stunting] shows the strength you have as a person, it makes me feel powerful. I have the ability to lift up a girl by myself. I am a single base and I can lift up one our flyers by myself,” she said. “I feel like am pretty strong compared to most football players who throw a two-pound ball across a field.”

In the end, both Leuvano and Hernandez have been preparing for this event for many years and look forward to competing in the prestigious cheerleading competition. And whether the team makes it to the last day of the competition or is sent off the mat on day one, both women will continue onward with their passions, just as they always have. 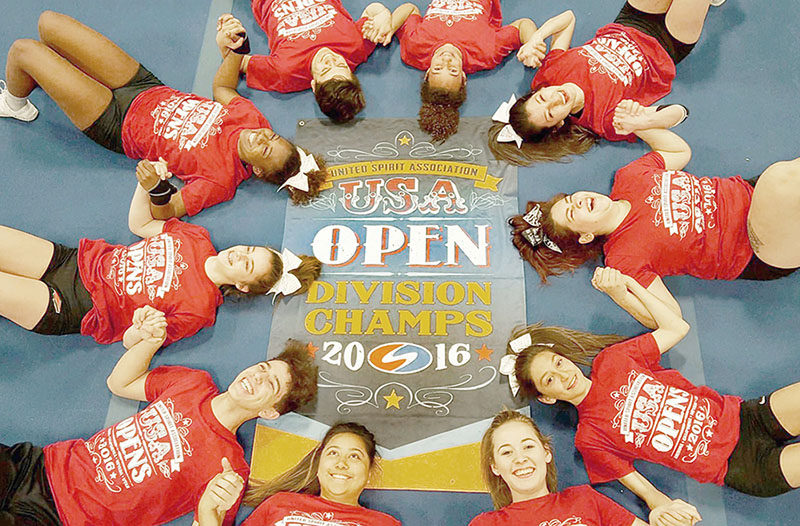 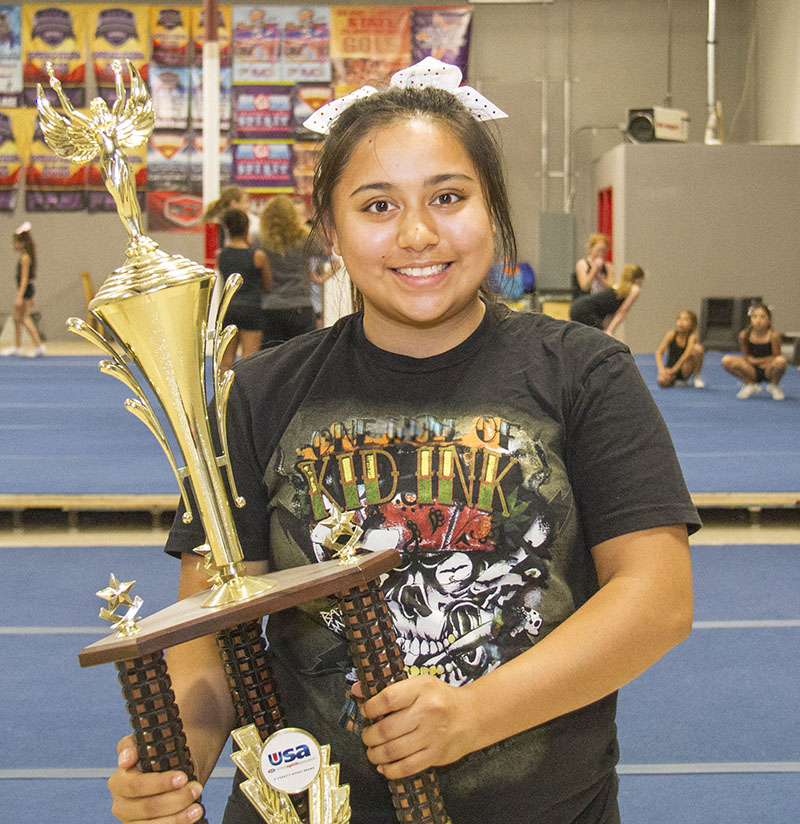