Eziquio Monarrez buried his nose in a new book – Goosebumps: Welcome to Dead House by R.L. Stine. The Boys & Girls Club – Sacaton Branch recently received a large donation of books, among them several stacks of Goosebumps. Monarrez, 9, said he likes to read, play baseball and learn about cowboys from the Eyewitness book series, also from the donation.

“We have our library, but we have a lot of older books so it was good to receive new books to replace some of the old ones that we needed to rotate out,” said B&GC Youth Development Director Soyet Antone.

Thanks to a generous donation from the Phoenix Indian Center, the B&GC library got a healthy boost, as did the Ira H. Hayes Memorial Library, the Boys & Girls Club – Komatke Branch, GRIC Residential Programs for Youth, and a number of schools in the Community.

It all started with a sixth-grade student from Phoenix.

Sophia Koss, a student at Rancho Solano Preparatory School, loves to read and is learning what it means to help others.

Koss organized a book collection as part of a National Junior Honor Society community service project, and collected more than 1,700 books from her classmates at school, her peers in her karate class, and people at her family’s place of worship.

Koss said in an interview with inthezona.com that she was inspired by the stories of Malala Yousafzai, who fought for girls’ education in Pakistan, and Iqbal Masih, who was not allowed to go to school in Pakistan because he was sold as a child laborer.

Meanwhile on the other side of the world, Koss wondered how she could help students like her pursue education in her state.

“I thought that reading during the summer is a very important way to keep kids engaged and excited about learning,” she said. “The Phoenix Indian Center helped me distribute the books to local Native American kids living in Phoenix, and also some kids living [on] reservations.”

The Phoenix Indian Center accepted the truckload of books from Koss and distributed them to Native American communities within the valley and across the state.

Tollackson said helping Koss distribute the books was a rewarding experience. “It’s just really nice to give a kid a book, isn’t it? It’s an unexpected and wonderful thing...and every kid that gets a book gets really excited about it.”

For the Sacaton Boys & Girls Club, the timing of the donation could not have been better. The branch started a new book club for the students this summer, which meets weekly. It is open to students of all ages, and contributes to the organization’s goal to continue children’s education to bridge the summer gap between school years.

“Being able to maintain their reading level during their book club…throughout the summer is great,” said Antone. The new books have definitely contributed to that. 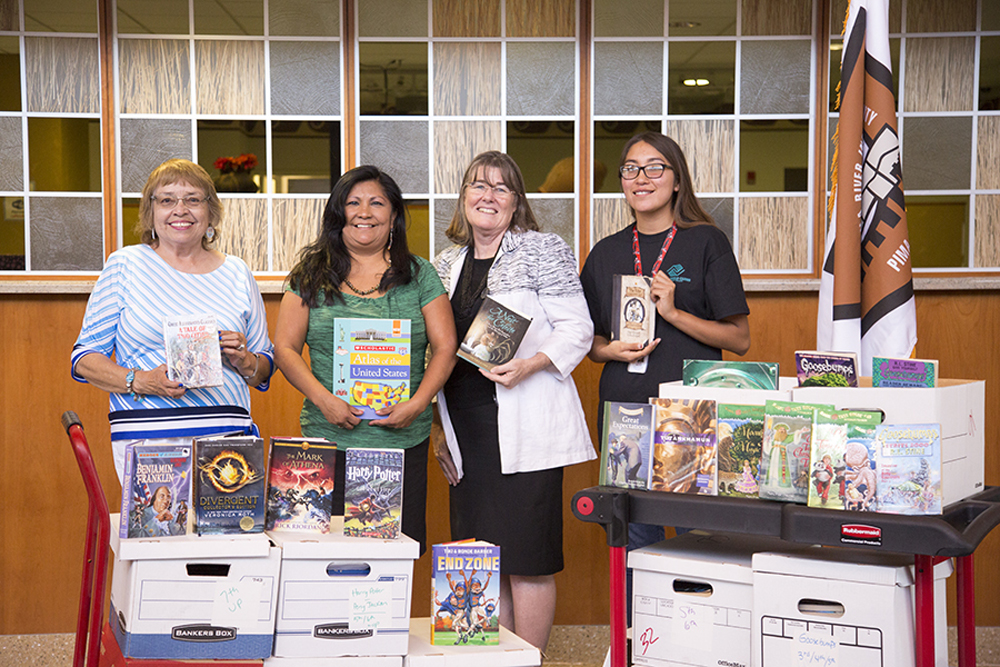 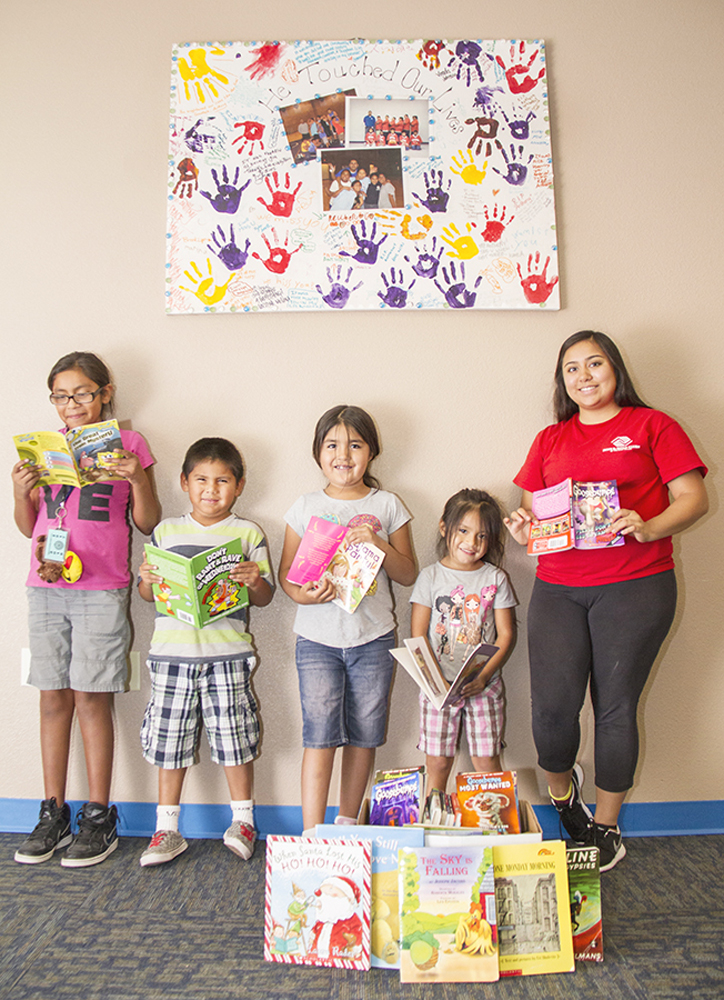 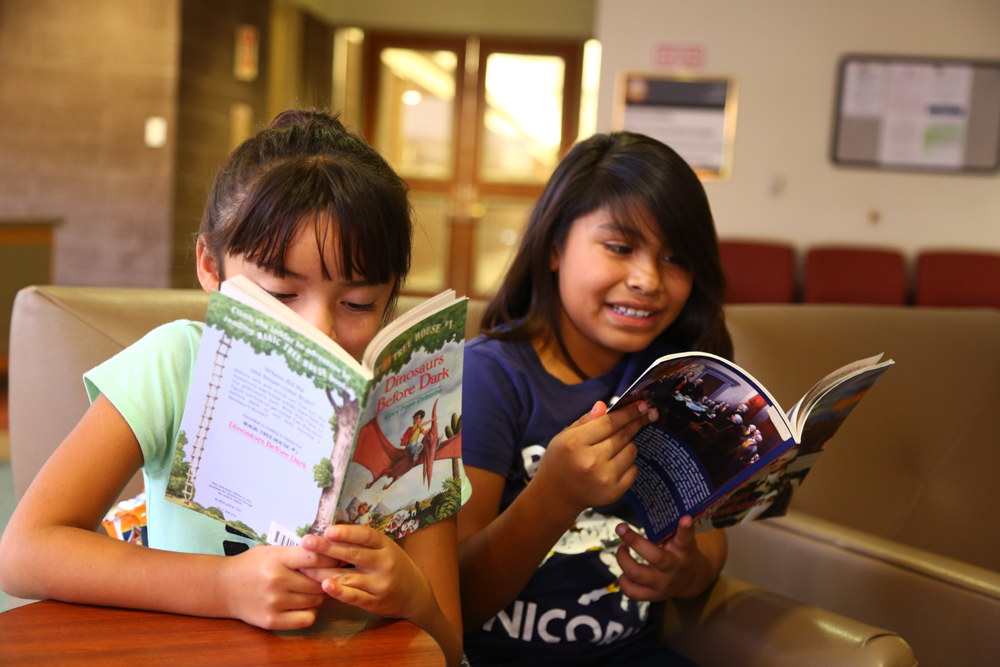 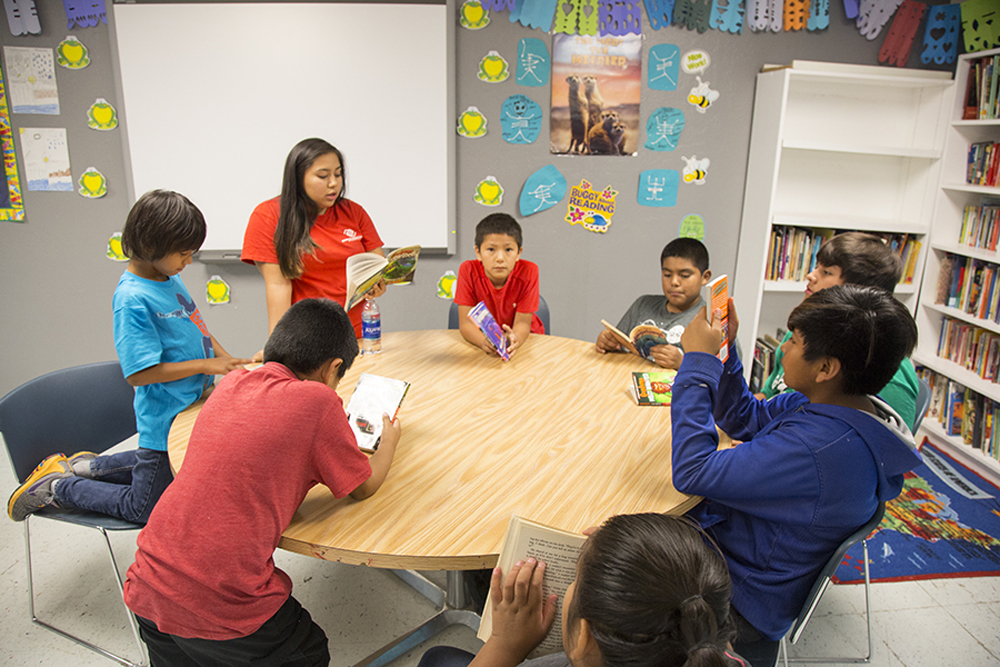