Twenty-six students from the Community made a historic trip to Huntsville, Ala. to attend the U.S. Space & Rocket Center’s Space Robotics Academy and Aviation Challenge camps on July 18-22.

It was the first time in the center’s history to host a large group of Native students from a tribal community.

The center is dedicated to space exploration and features a vast display of rockets and spacecraft for students and visitors to see.

The GRIC students joined students from across the country and world from the United Kingdom, Taiwan, China and Dubai.

Space camp emphasizes math and science through its curriculum, which includes robotics and engineering.

The space camp keeps pace with the changing landscape of advancing robotics technology, which will need a younger generation of robotics engineers.

For some of the students, attending the camp is a big deal, because it gives them a look at what is needed to pursue a career in space exploration and technology.

Nick Lewis (D3) is one of those students that has aspirations of working in the robotics field.

He said being a part of the Sacaton Middle School robotics program allows him to get a better understanding of his true potential to create something that is more than just a toy.

Anthony Antone (D4) said, “The most important thing I came here to learn about was on teamwork and leadership.”

At the other end of the center’s campus the AC program educates high school students about the elements of flight and what information is needed before they take to the virtual skies.

They receive an extensive overview of learning how to fly aircraft like the F/A-18 Hornet (a carrier based attack jet) and plan out their flight simulator missions.

The flight simulator serves as the backbone of the curriculum, because it gives the students a chance to apply their flying knowledge.

Many different mission profiles are used to get them familiar with flying under diverse conditions both day and night and against simulated opponents.

Outdoors, they learn how to follow a predetermined course using a map and compass to navigate, which is the most important element of survival for an aviator that has to eject from their aircraft.

The structure of AC is similar to a Junior Reserve Officers Training Course unit and is meant to introduce students to a life in the military.

Hamilton High School junior Peter Antone (D4) said, “AC has taught me how to bond with other people you don’t even know. Once we started to do certain challenges and objectives together then you slowly become a team.”

He said that many of the things he learned while attending camp helped him understand how much preparation goes into getting a fighter jet off the ground and landing on a runway.

Iwalani Stone (D2), a freshman at Arizona State University Preparatory Academy in Casa Grande, said that it was neat to form friendships with new people from around the U.S. and the world over the course of the camp.

One of the highlights of their week included a controlled descent from a high-rise tower via a zip-line onto the man-made lake at the AC facility.

While on their spare time the SRA students had time to explore the nearby exhibits at the Davidson Center for Space Exploration, which includes a full scale mock-up of the Saturn V rocket, which was used to launch Apollo missions to the moon.

Other attractions included a Mars climbing wall that simulates traversing the Red Planets rocky terrain and the Space Shot, a tower that launches riders 140 feet up in 2.5 seconds.

At the end of their stay the SRA and AC students were treated to a graduation ceremony and awarded a certificate of attendance by retired space shuttle astronaut Robert Lee Gibson.

As a final requirement, the SRA groups were graded by their instructors on the performance of their robots in a series of tasks.

The students had to navigate a course and to earn points to determine which group won the robotics challenge.

Adrian Mungia (D4) said that he learned a lot about programming and mathematical equations. He wanted to attend the SRA program and the space camp to work on the robotic exercises.

Another student, Heather Anton (D3) said, “I get to build and program a lot of stuff like making robots…I like building then I like programing them.”

She said many of the tasks involved programming the robots to pick up objects like a ball or what is also referred to as an artifact.

For some of the students that attended SRA, their dreams are becoming a reality as they immerse themselves in the field of robotics, which could lead to bigger opportunities ahead. 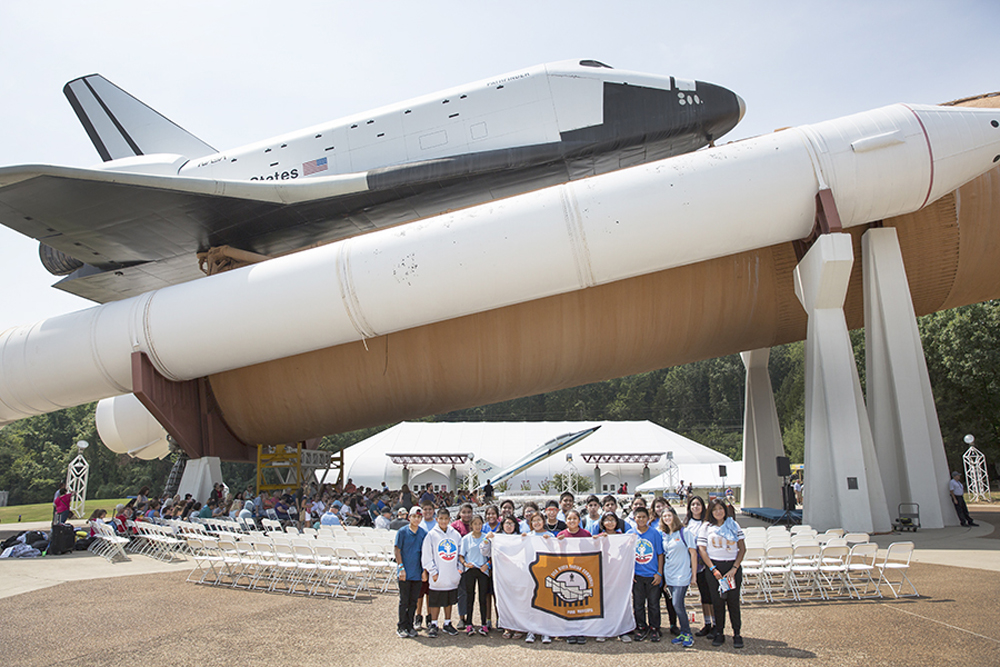 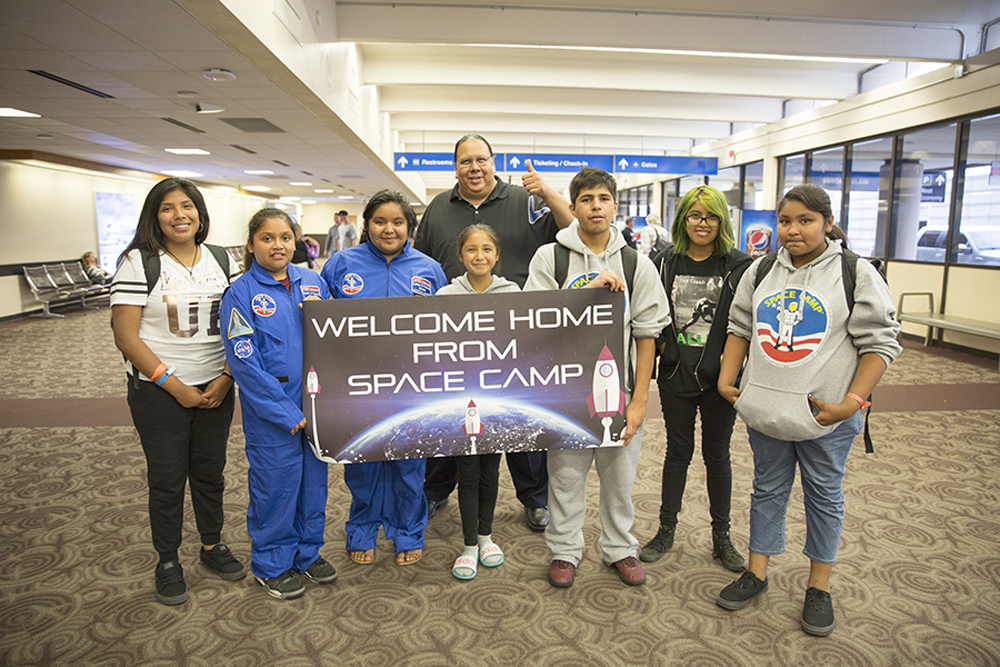 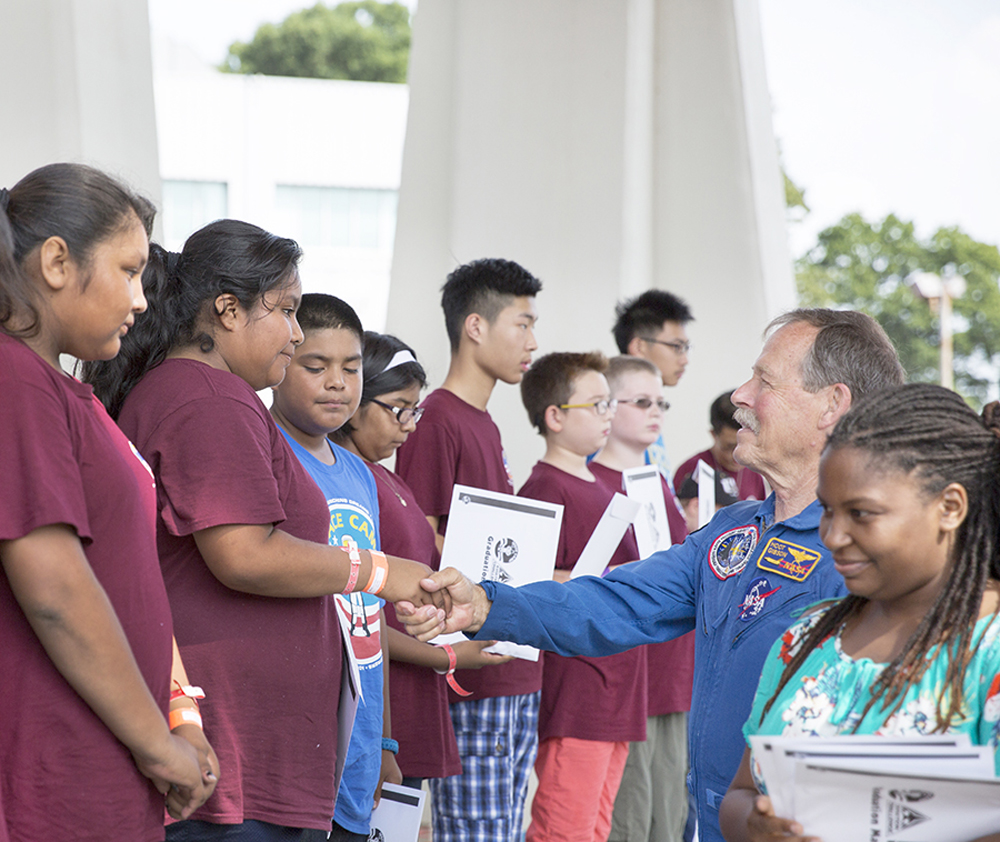 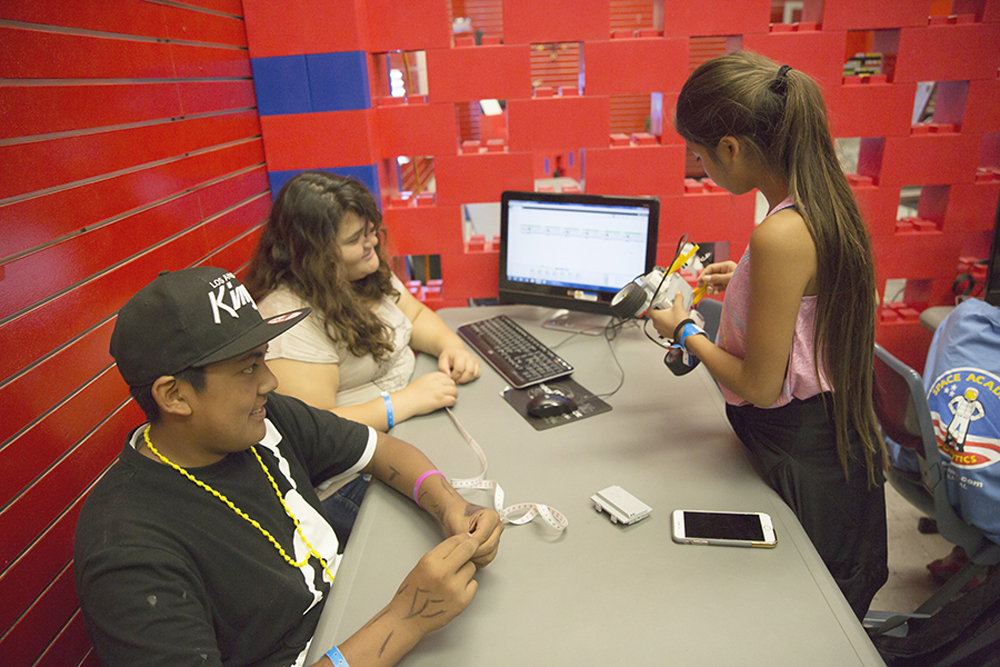 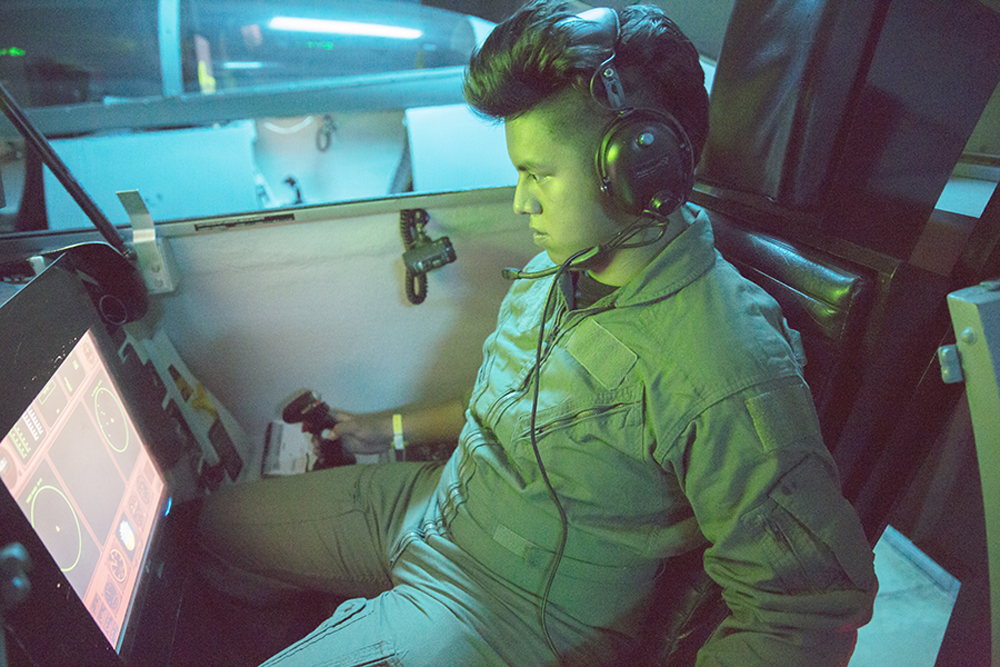