GRIC Judge Dallas DeLowe, D5, opened the program with a prayer after a brief moment of silence.

The war in Vietnam ended in 1975, and when those brave men and women returned home to U.S. soil, they didn’t receive the proper treatment they deserved. Many years later, a long overdue applause echoed through the service center properly welcoming Community veterans back to Gila River.

“We wanted to honor and commemorate the men and women who had served during this time. My AmeriCorps partner, Wesley, and I had come up with the event knowing it to be the 50th Anniversary of the Vietnam War,” said Jackie Setoyant, AmeriCorps – Veterans Serving Veterans member and co-coordinator of the event.

Veterans from all branches of the military and their families were treated to a morning of food, speakers, entertainment and raffles throughout the day.

“I feel very proud and honored to be among [the Vietnam veterans] – simply for the fact that we weren’t quite given the welcome. But, in its own way, that makes [this event] very special and gives us our strength to use our experiences,” said DeLowe.

Army Veteran Leslie Jackson reflected on how the Vietnam war affected her family. Her father, the late Harlan Jackson, USMC, served six years in Vietnam. She shared fond memories of her father, even expressing the behavioral effects of war which later became evident as Post-Traumatic Stress Disorder. The late Marine wasn’t able to get the help he needed before he passed, but Jackson remains hopeful for other veterans. Her message to other veterans: “We are here for you. You are home for a reason. You are home to help us understand.”

Gov. Stephen Roe Lewis and Lt. Gov. Monica Antone also spoke to the crowd of 100-plus guests. In addition, Gov. Lewis shared the efforts his administration is working on to develop better services in the Community for veterans by next year.

Along with a line of speakers, veterans resource information was also available. Arizona Department of Veterans’ Services Officer Ken Madrid, with American Legion Post 8, was on site to answer any questions veterans had about veteran benefits and disability claims. Jim Sylvester and volunteers from Hiring/Helping/Honoring Our Heroes of Pinal County (HOHP) were also handed out information and giving tours of the Eagle One Veterans Outreach mobile unit parked outside the service center.

Rowe and Community member Brenda Robertson also performed musical tributes. Before singing Toby Keith’s “American Soldier,” Rowe recited a poem her brother, a Vietnam combat veteran, had written. Robertson picked up the guitar and paid tribute to her brother and all veterans by performing an original song she wrote about the war.

“It was long overdue,” said Rowe on the welcome home gathering.

AmeriCorps – Veterans Serving Veterans program service members Setoyant and Wesley Rhodes, USMC, coordinated the gathering as part of their service project in the Community. Setoyant and Rhodes worked together to gather donations.

“The weeks leading up to the event were a little hectic, but all the hard work put forth in this effort had paid off ten-fold in the end. I am truly grateful for all those who had took time out of their day to help celebrate a great group of individuals in our community. Thank you sincerely to everyone who had a helping hand with this event,” said Rhodes.

All veterans who attended received a battle cross lapel while family members received an “I Support Veterans” lapel pin. 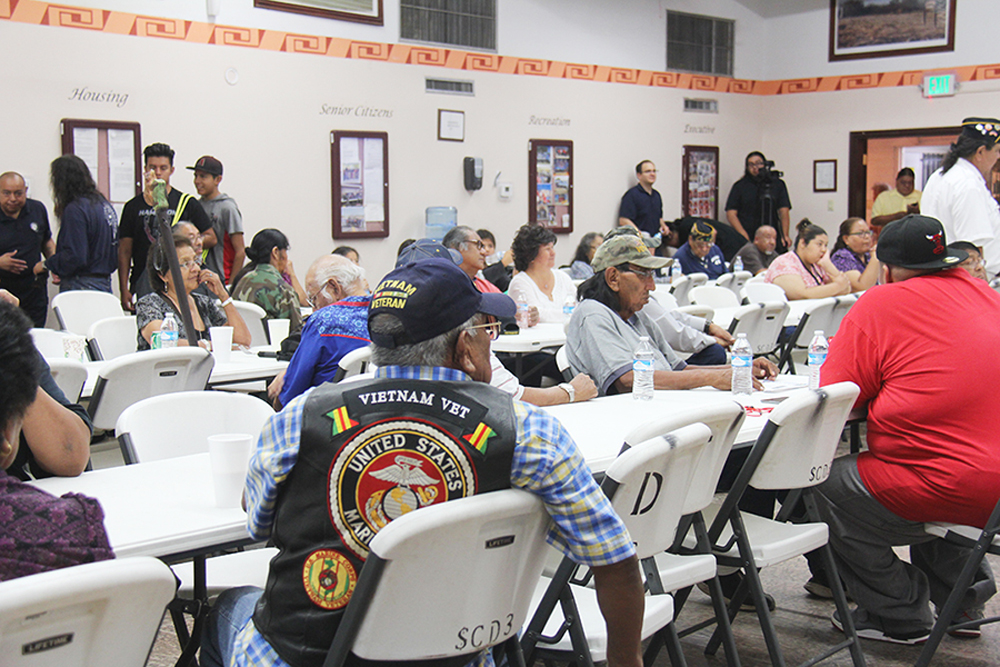 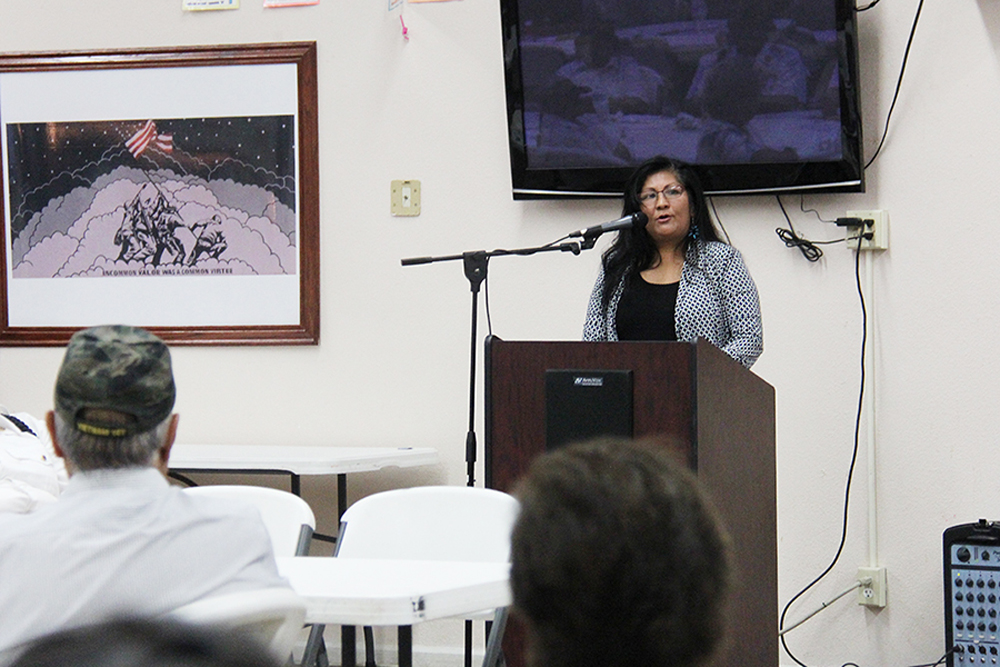 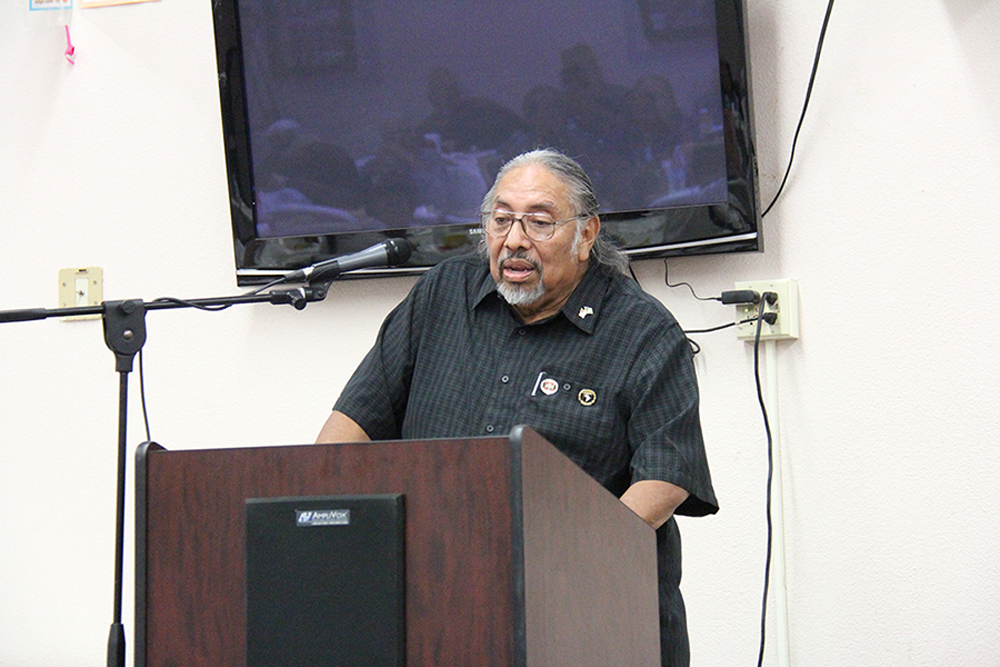 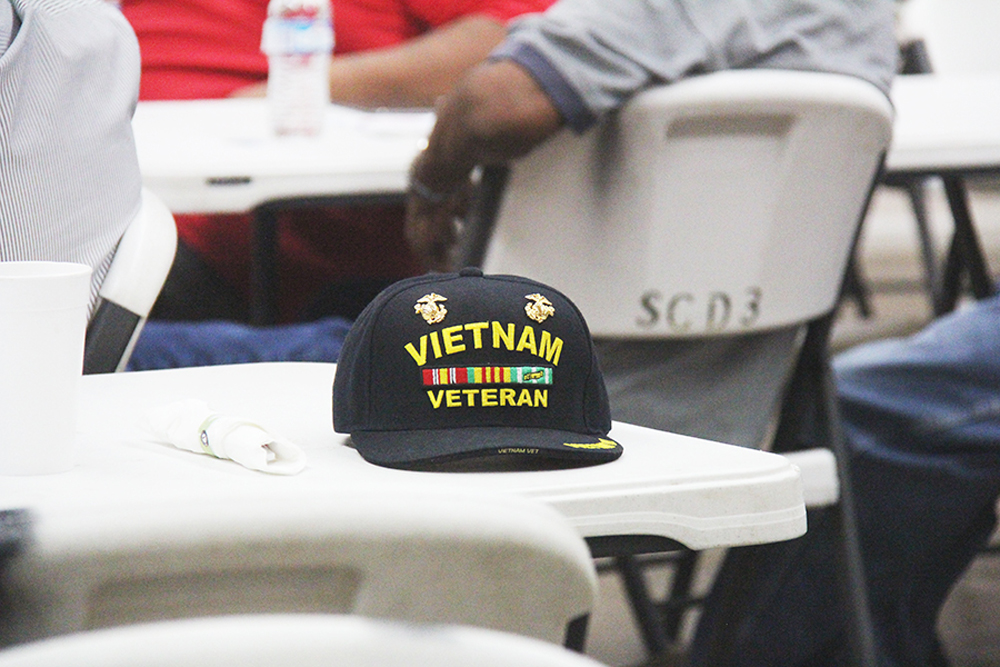