While many nine-year-old boys spend their afterschool hours watching cartoons or playing the latest video game, Casa Blanca fourth grader Tavaris Wright is practicing his sidekick and dreaming of earning his orange belt in karate.

Wearing a white karate gi with a yellow belt wrapped around his waist, Wright can usually be found at the District 5 Multipurpose building, training in martial arts with a group of other like-minded youth at the bi-weekly karate class

“We were here for the science fair, looking at all the experiments that all the kids had done, and to check out my son’s. He happened to see [the karate students] in the play area doing karate and he wanted to see what was going on,” said Hoover. He walked right into the class and asked if he could join, and they said yes, she added.

Ever since then Wright has been a karate machine, launching kicks and throwing punches, while using the correct technique, in order to move up to the next level in rank.

Wright said that learning karate has been fun and while he has been learning self-defense, he has also gained self-respect and learned more about responsibility.

“It has been a learning experience,” said Hoover. “They teach him that it is OK if they make a mistake, to just keep trying until they get it right. It is also teaching him self-respect and…discipline. It’s been very good…it is benefiting him a lot,” she said.

Even though learning how to kick, punch, and perform combinations is the main goal for many martial artists, one of the fundamental aspects of karate is a set of guidelines called Dojo Kun, which apply at all times, during practice and in everyday life.

These five principles are an important part of karate and integral in Wright’s martial arts education.

The five principles are as follows:

During each karate class, instructor Jenifer Tull-Gauger, a fifth level black belt from East Valley Martial Arts, teaches her students to perform specific sequences of movements, known as kata, that represent offensive and defensive postures in karate. At the end of each practice session she has her students memorize and recite the five principles of Dojo Kun.

“The five Dojo Kuns, that is the most important thing that we teach,” said Tull-Gauger. They were written by martial arts master Kanga Sakugawa to teach people how to use the karate martial arts in a responsible manner, all-the-while improving their lives, she said.

“I feel it is my moral responsibility today, if I am going to teach somebody how to fight and how to hurt somebody, I also need to teach them how to prevent that and how to use that as a very last resort,” she said.

Like all karate students, Wright started off as a white belt and began to memorize the moves for the next rank, the half-white half-yellow belt.

Hoover explained that in order to move up a rank her son had to be able to perform all the correct movements. When he was ready, they traveled to the East Valley Martial Arts main building where judges would pass or fail him.

He felt that he wasn’t ready for some time, said Hoover. “Finally he talked to me and said the he was ready to try for the next belt and I told him to remember if you don’t pass, that’s ok because you can always try again.”

It was during Wright’s attempt at obtaining the half-white half-yellow belt, that he surpassed everyone’s expectations.

“We were both shocked and surprised because the next belt that he was going to go for was half-white half-yellow,” said Hoover. “And then when they came out that is when they bumped him up to the next color, which is yellow.”

Last August, Wright earned his yellow belt, making him the first in his class to move up to that rank. The transition was a surprise to both him and his mother, because in order to receive a yellow belt, he had to completely skip over the white-yellow belt rank, a rare accomplishment.

Wright, who is passionate about karate, now has his eyes set on the orange belt.

“The next belt I have to learn is orange [and] I think it will take a little while to get better,” he said. He’s learning self-defense, getting good exercise, learning martial arts, and best of all, having a good time, and he wants other Community youth to join in on the fun.

Everyone needs to learn how to move their bodies, Wright said. “They’ve got to exercise. I don’t want to be lying around watching TV or playing video games. I want everybody to get out and exercise.”

Currently, there are two karate classes being taught at the District 5 Multipurpose building. The Little Dragons class is for younger children and the Ninja Warriors class if for older children and adults. For more information about the karate classes contact the Vah Ki Recreation Department at (520) 315-3441. 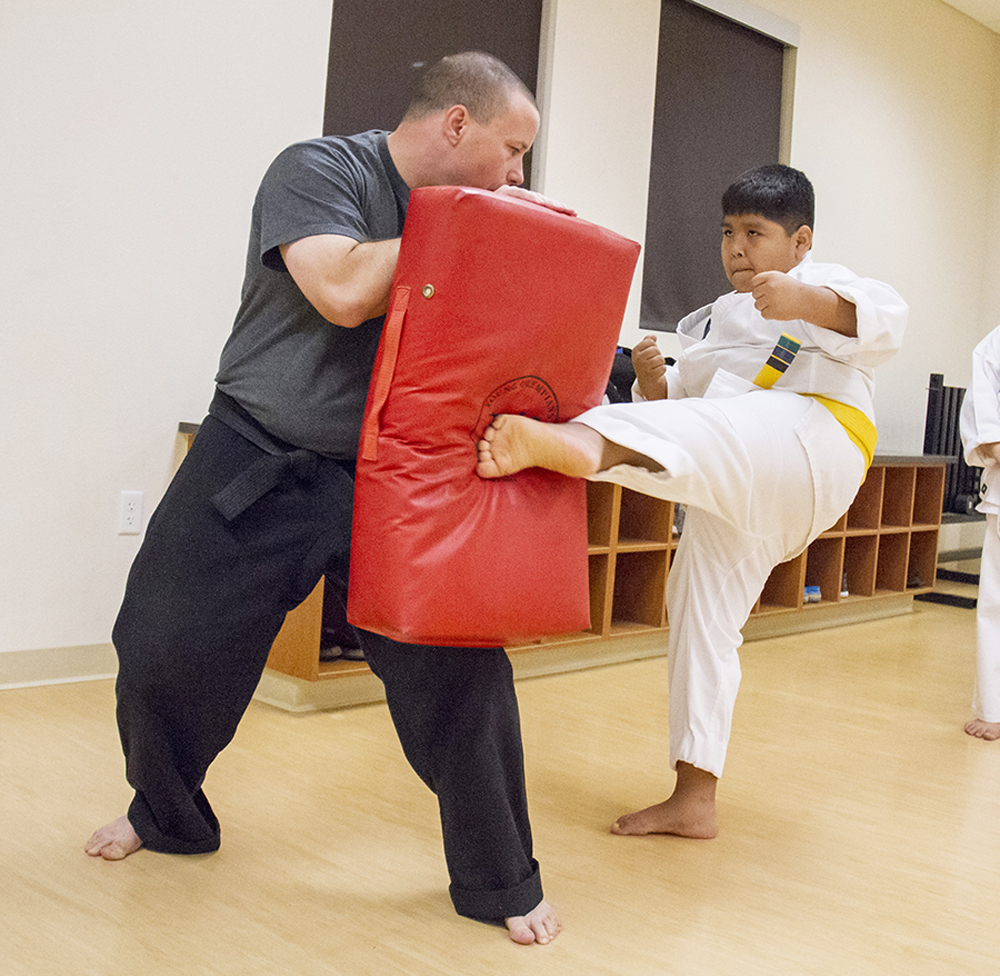 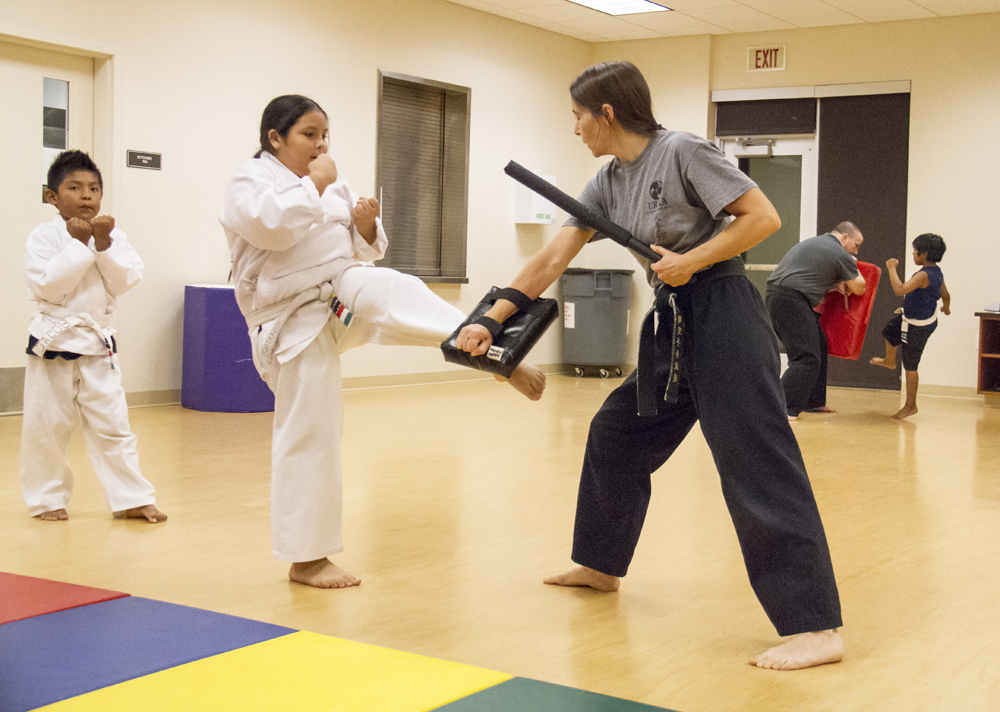 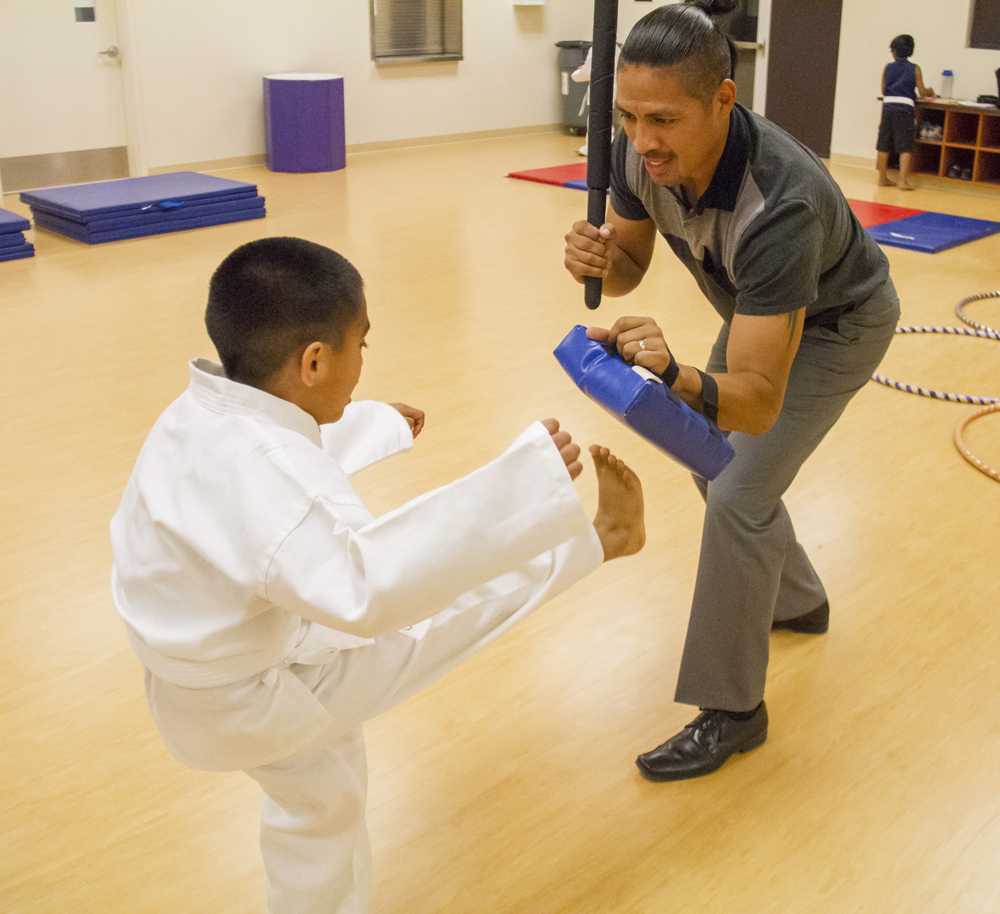 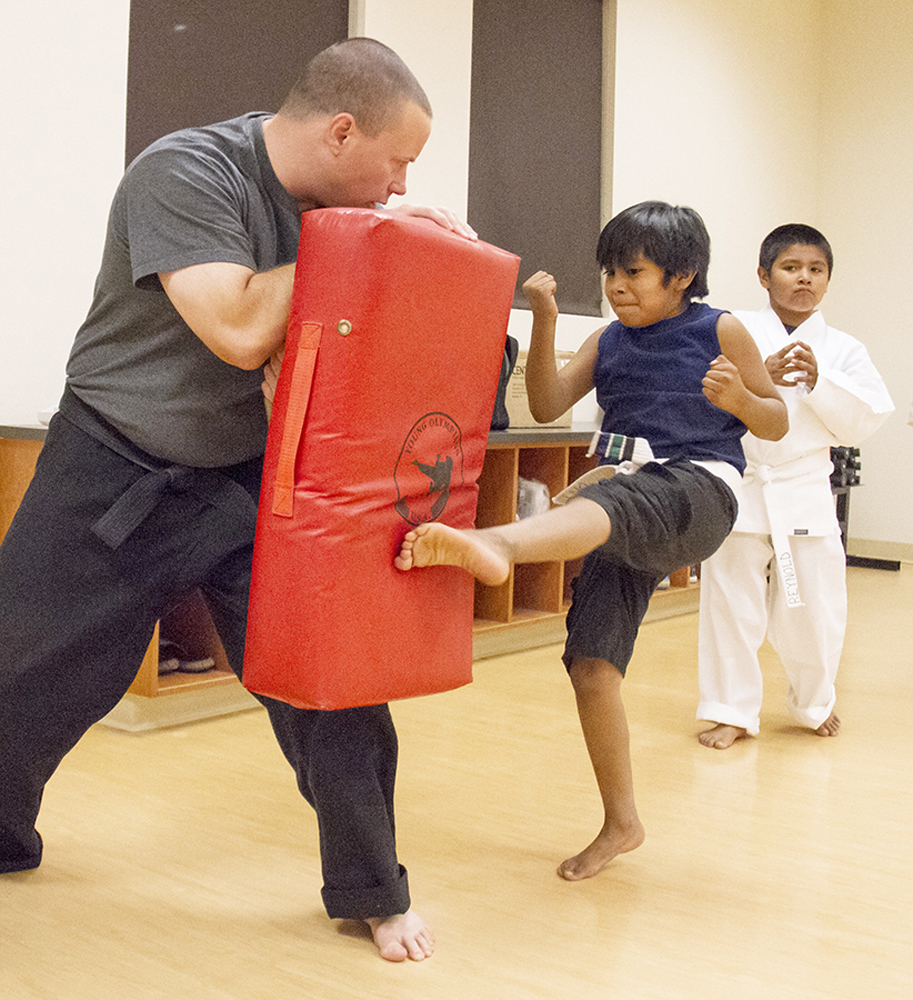 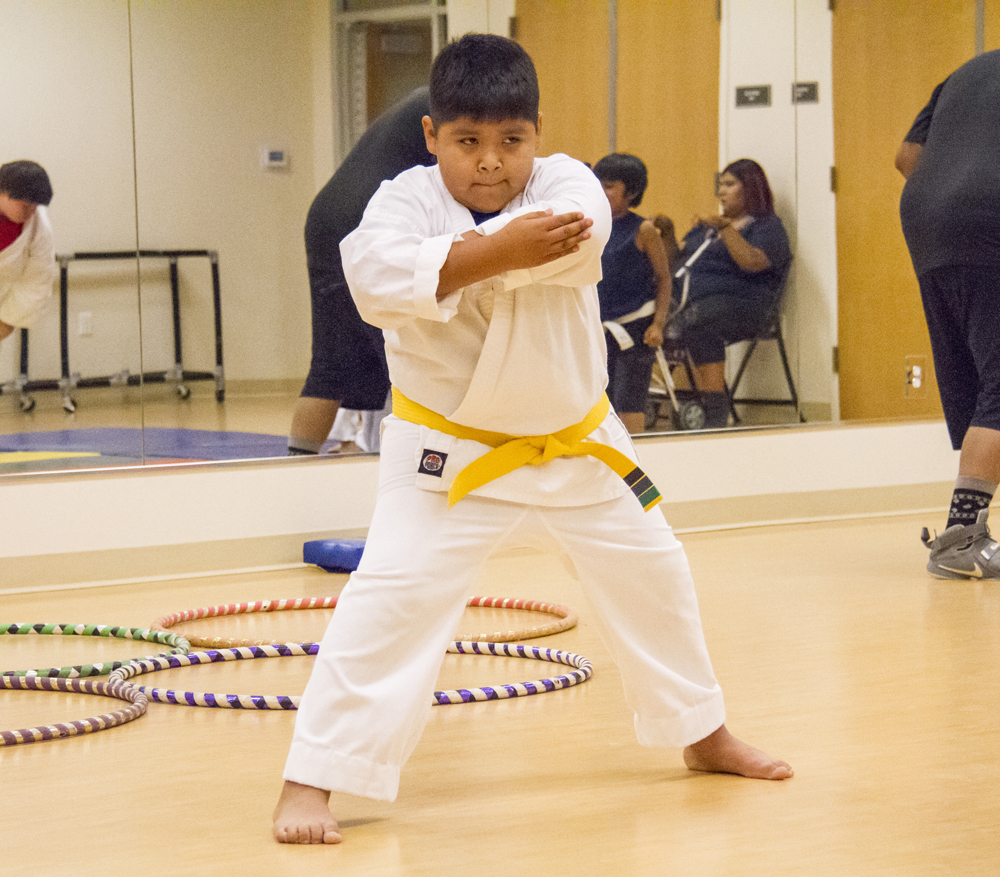