On a brisk November morning over 300 Gila River Indian Community elders and Vietnam veterans were celebrated at the 21st Annual Elder Day held at the Rawhide Steakhouse on Nov. 18. The theme of the event was “Honoring Vietnam Veterans 50th Year.”

Masters of Ceremonies, Tony and Joe Davis, got people laughing, joking that for entertaining the large crowd, they would accept payments in the form of money, Christmas wish list purchases, and even car rides.

In honor of the Community elders and Vietnam veterans, GRIC leadership, Gov. Stephen Roe Lewis and Lt. Gov. Monica Antone each took to the stage at the center of the Rawhide Steakhouse, to say a few words honoring the two groups.

Gov. Lewis took to the stage saying Community Elders were being honored, in part, for their knowledge of Akimel O’otham and Pee Posh cultures, passing on traditions, and past accomplishments that helped build the Community.

To continue honoring elders and solidify that tradition within the Community, Gov. Lewis made a surprise announcement, declaring the month of November “Elders Day Month.”

“I, Stephen Roe Lewis, Governor of the Gila River Indian Community, do hereby proclaim November as Elders Day Month, to have a special day where all elders can gather to be honored, and to socialize with all attendees,” said Gov. Lewis.

After talking about the importance of elders’ contributions to the Community, he discussed the event’s theme of Vietnam veterans. He said that many veterans of the Vietnam War had stories of valor and sacrifice, but when they left the war, they weren’t properly recognized and welcomed home.

“I know many of you and I’ve spoken personally to you and heard your stories. One of the sad things…is that when you came home you weren’t properly recognized…and I want to continue to welcome you home.”

“So for all of you Vietnam veterans here, welcome home…each and every one of you,” he said to a resounding applause.

As Community elders and veterans enjoyed breakfast at the Rawhide Steakhouse, Lt. Gov. Antone said she was proud to have been part of the Community’s very first Elder Day celebration 21 years ago and thrilled to still be taking part in the tradition.

“I remember when Elder Day first came [to] the Gila River Indian Community,” said Lt. Gov. Antone. At that time, she had been an intern for the late Mary Thomas, who initially established the annual Elder Day celebration, she said.

“It’s an honor to be here to cherish each and every one of you because we look up to you, we commend all of the things that you have done for our Community,” she said.

Shortly after, Vietnam veteran Everett Stone Sr. stepped up to the stage and talked about his life’s journey. From growing up under the little mountain of Gila Butte, receiving a high school education in Casa Grande, to the battlefields of Vietnam, Stone recounted his colorful and often tragic experiences.

He said after high school, the United States Marine Corps. sent him to boot camp in North Carolina, then shortly after, to the Demilitarized Zone in central Vietnam.

They were sent to the frontline, he said, where his position was eventually overrun and he was captured. He spent the next 13 months in a Prisoner of War camp 45 miles north of Hanoi.

He said that he still experiences flashbacks of the war and tries to keep busy to keep from thinking about those days. But, these are just some of the things that all veterans are going through, he emphasized.

“These are some of the things that I went through and some of our veterans are going through now,” Stone said. “Some of you went to battle. Fought the enemy hand to hand, some of you stayed in the states or other countries, but you served your time when you were called.”

After his speech, Stone received a standing ovation and was presented with a hand carved wooden plaque by Elder Concerns Group Chair, Marlene Norris. 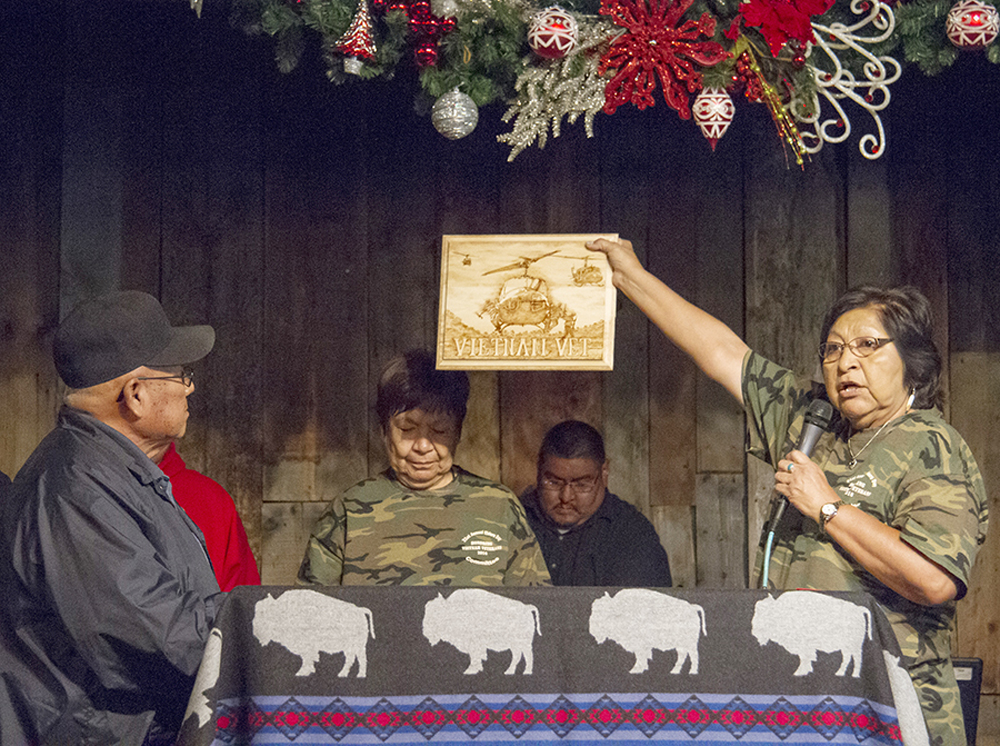 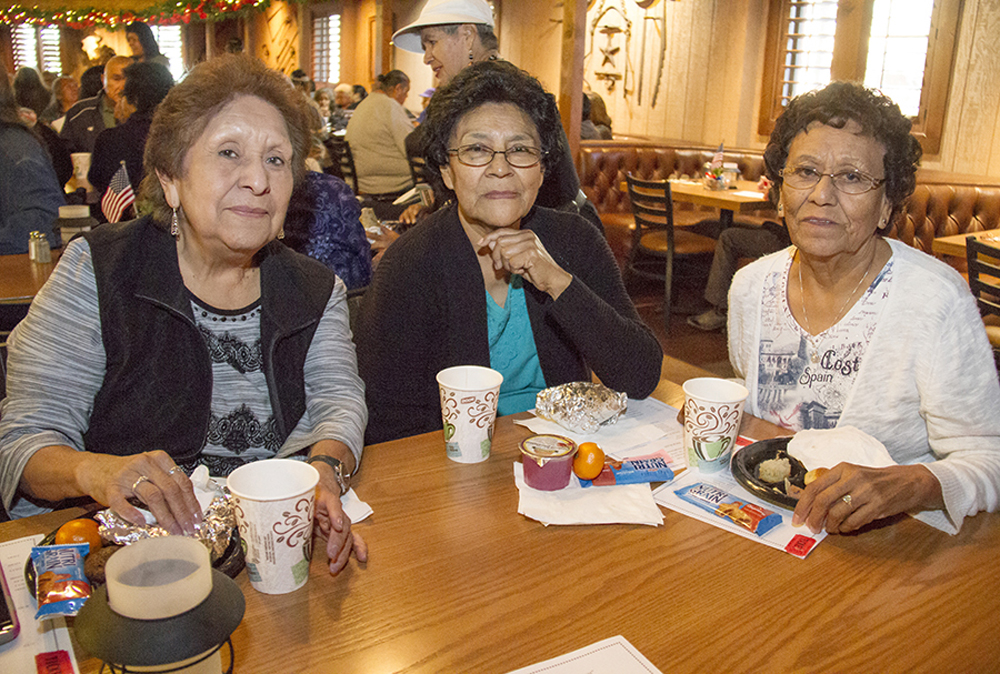 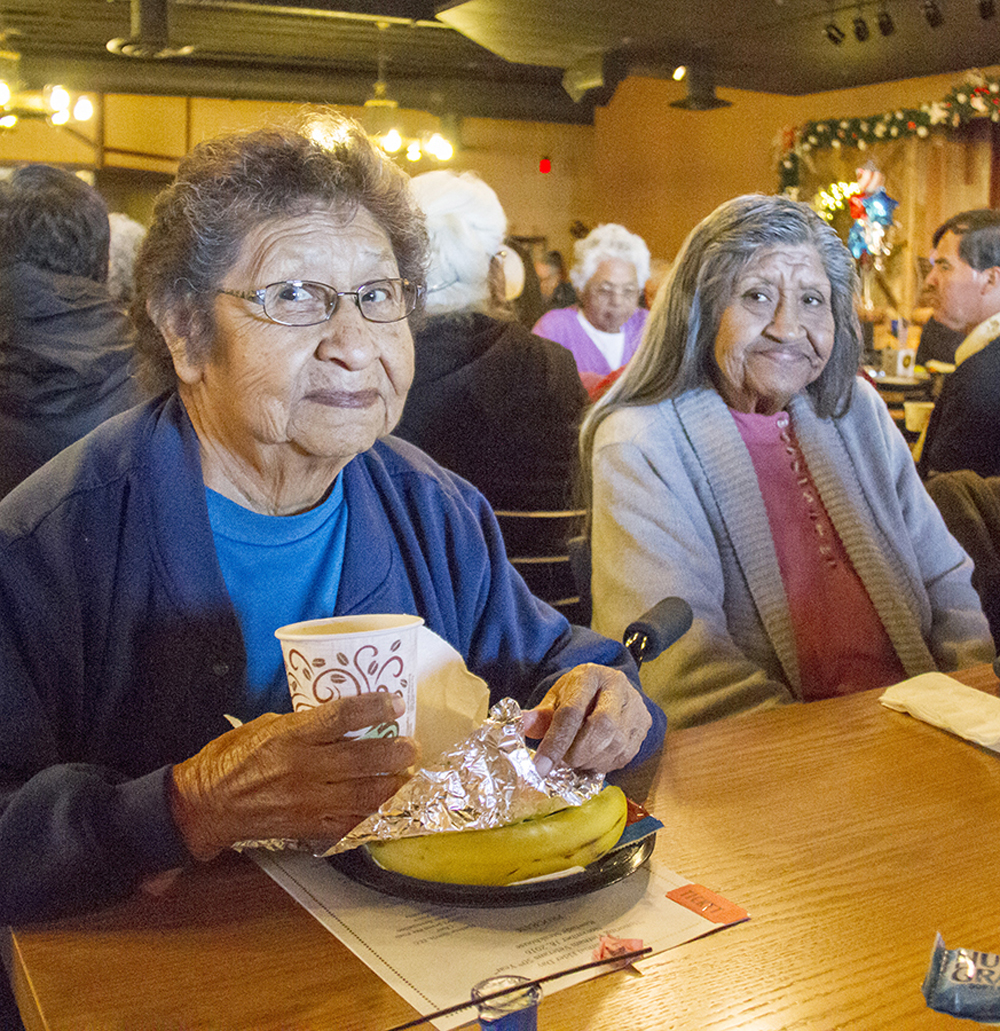 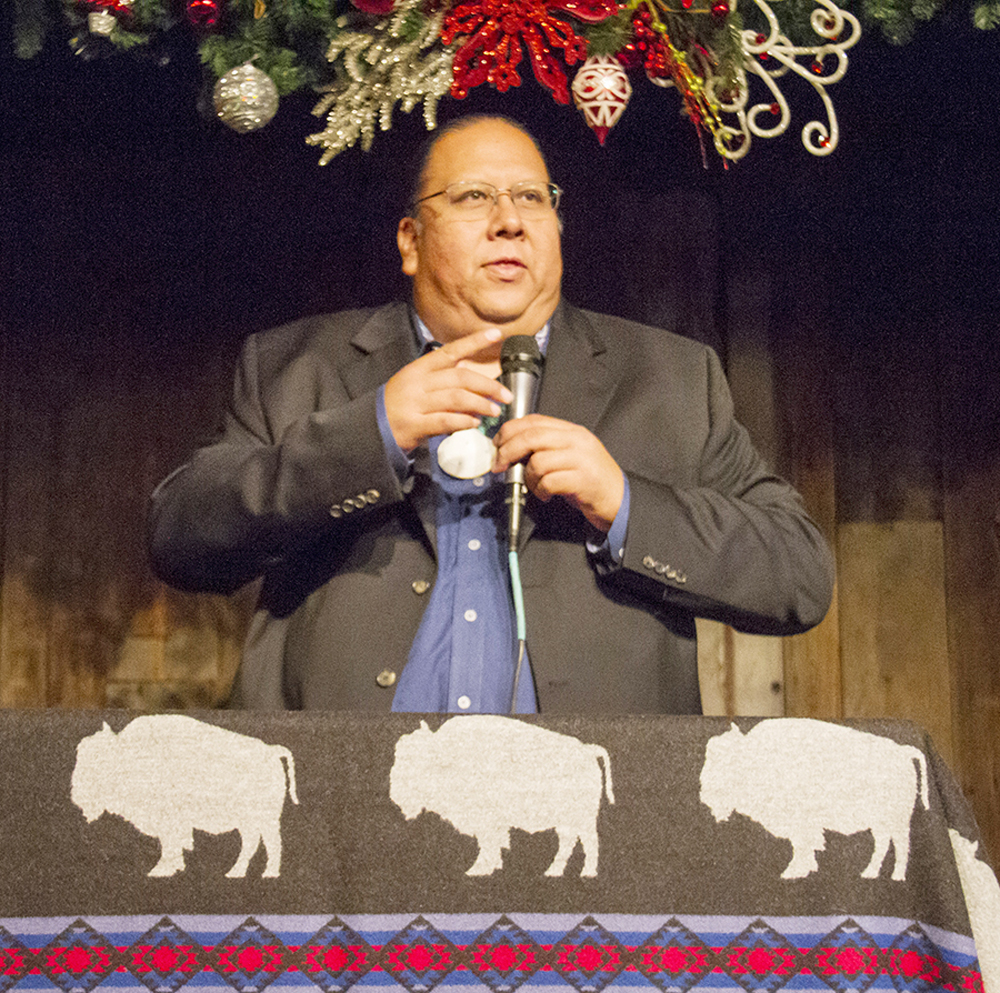 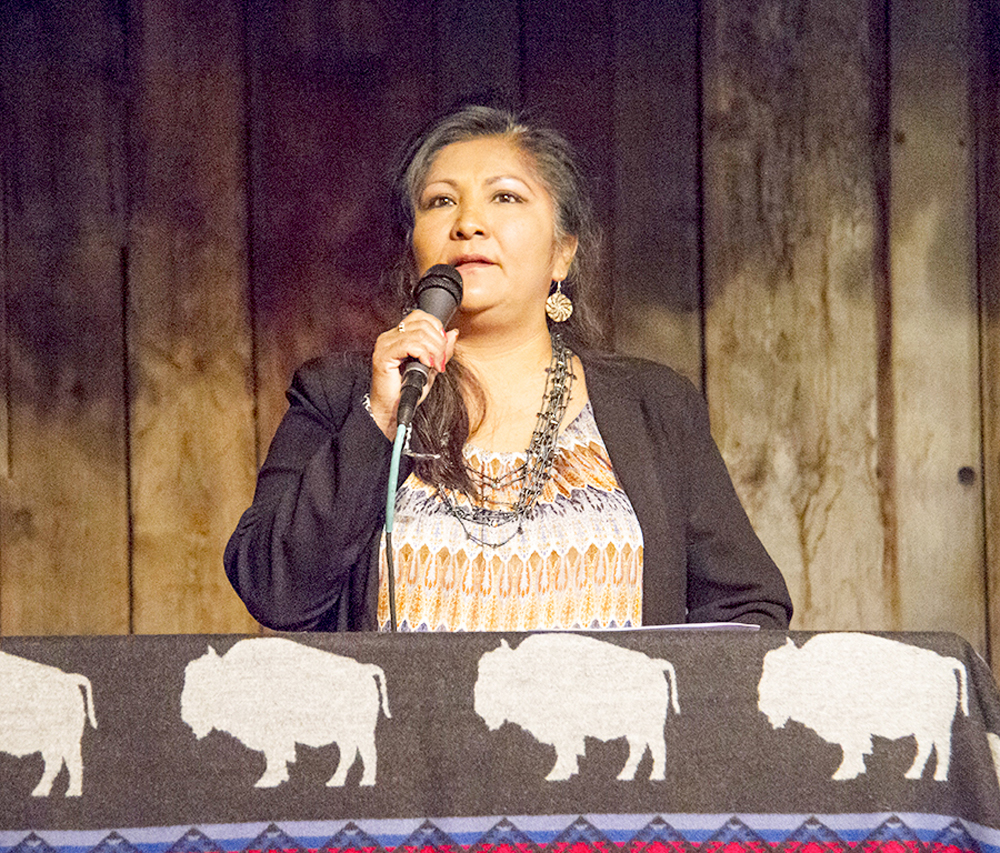 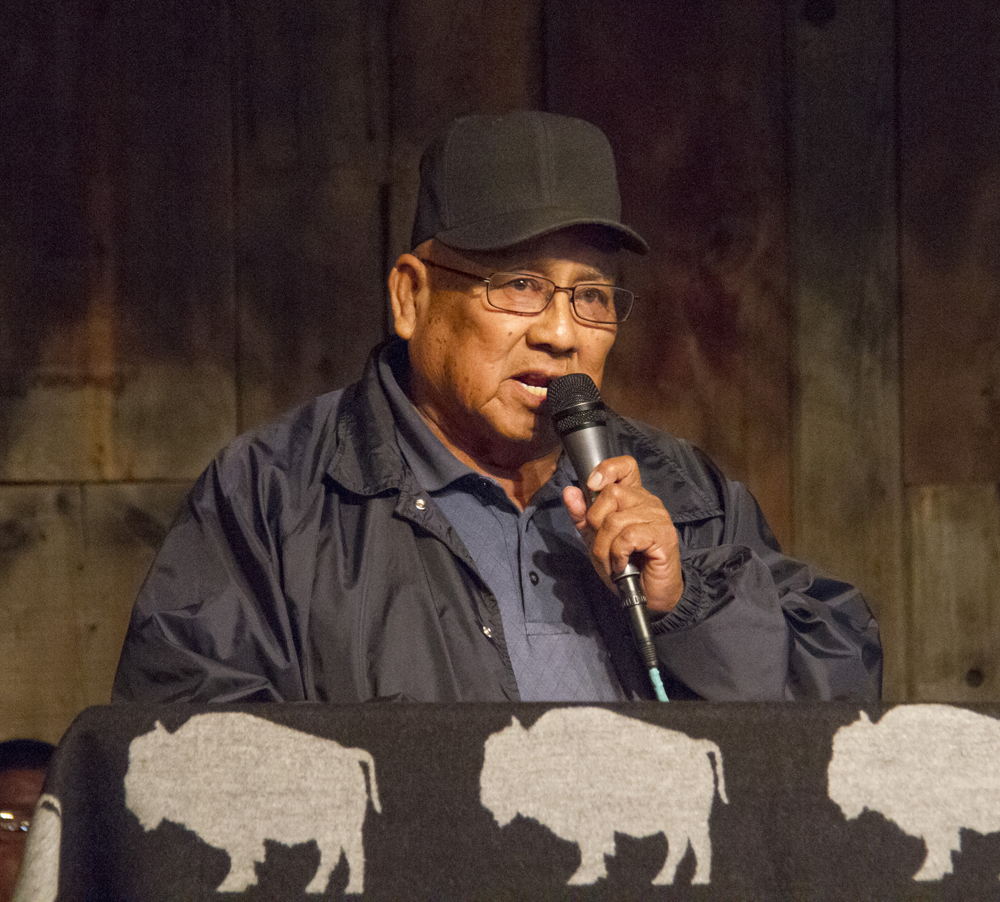 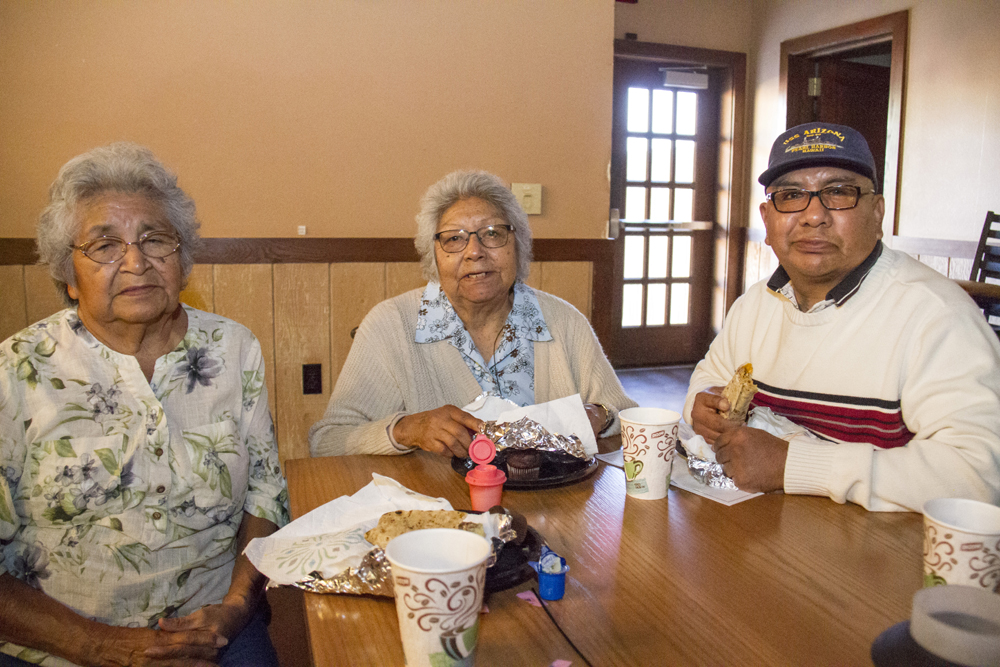 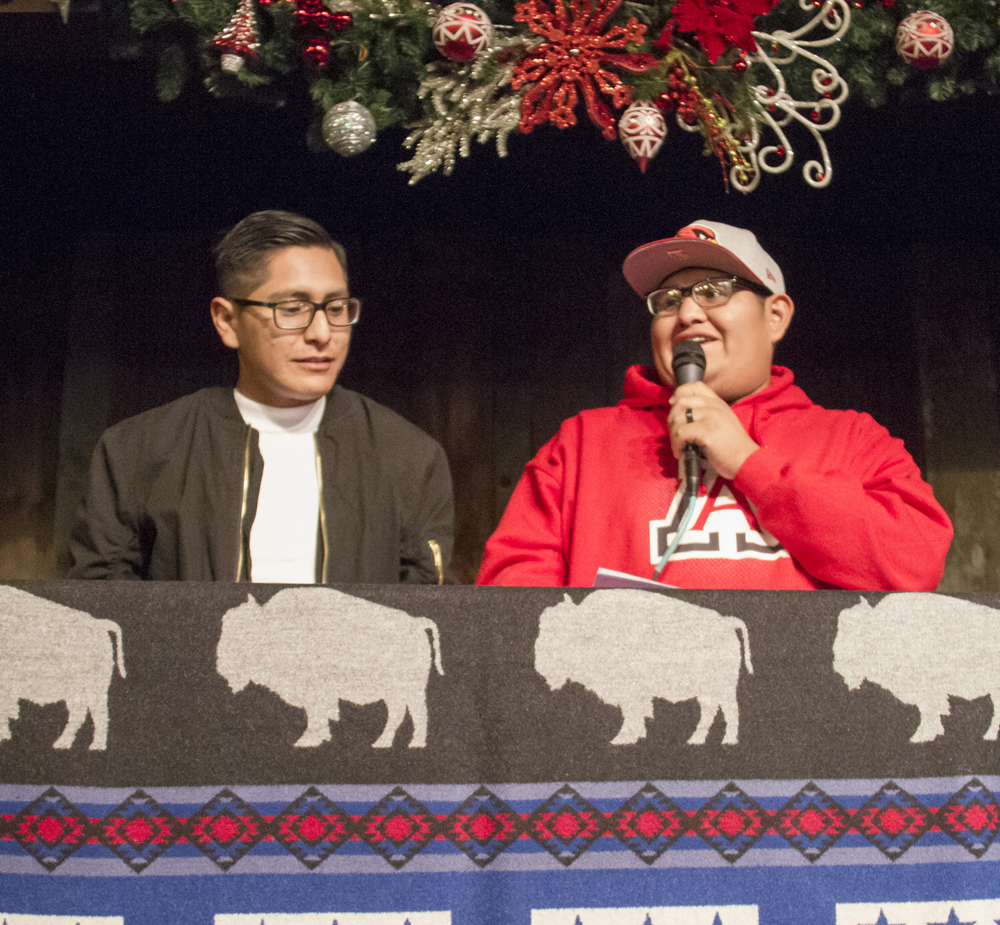 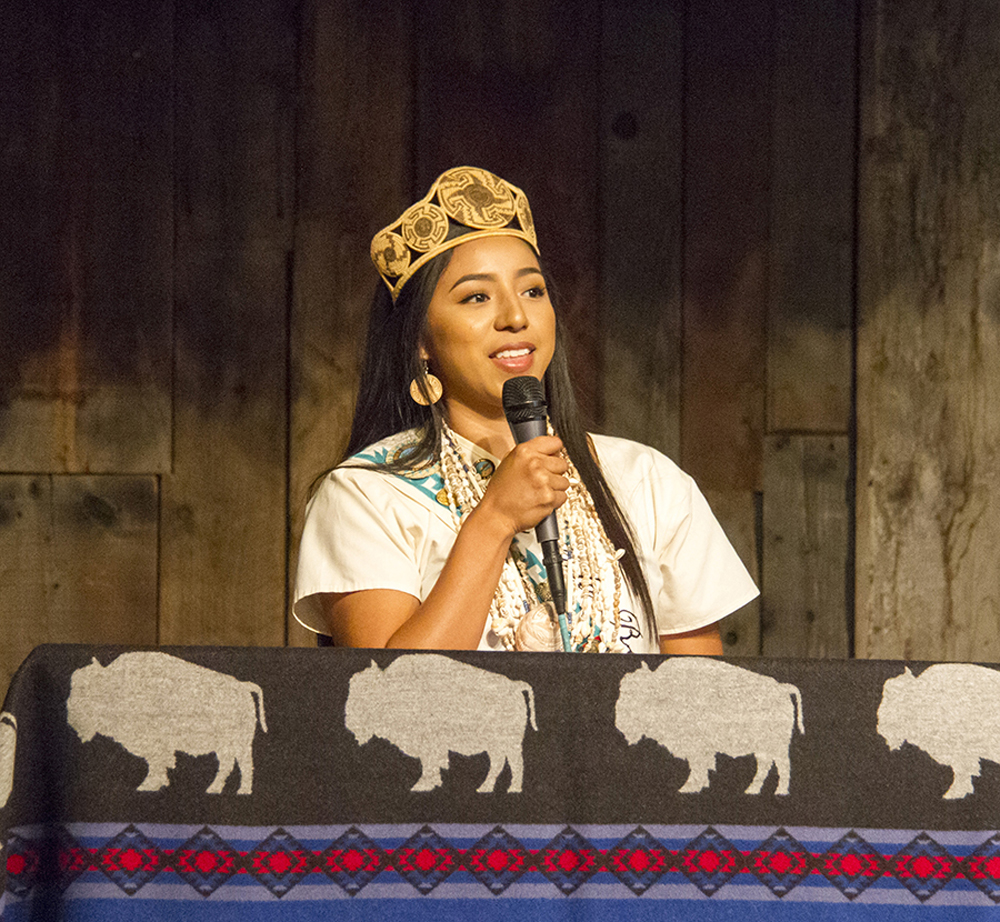 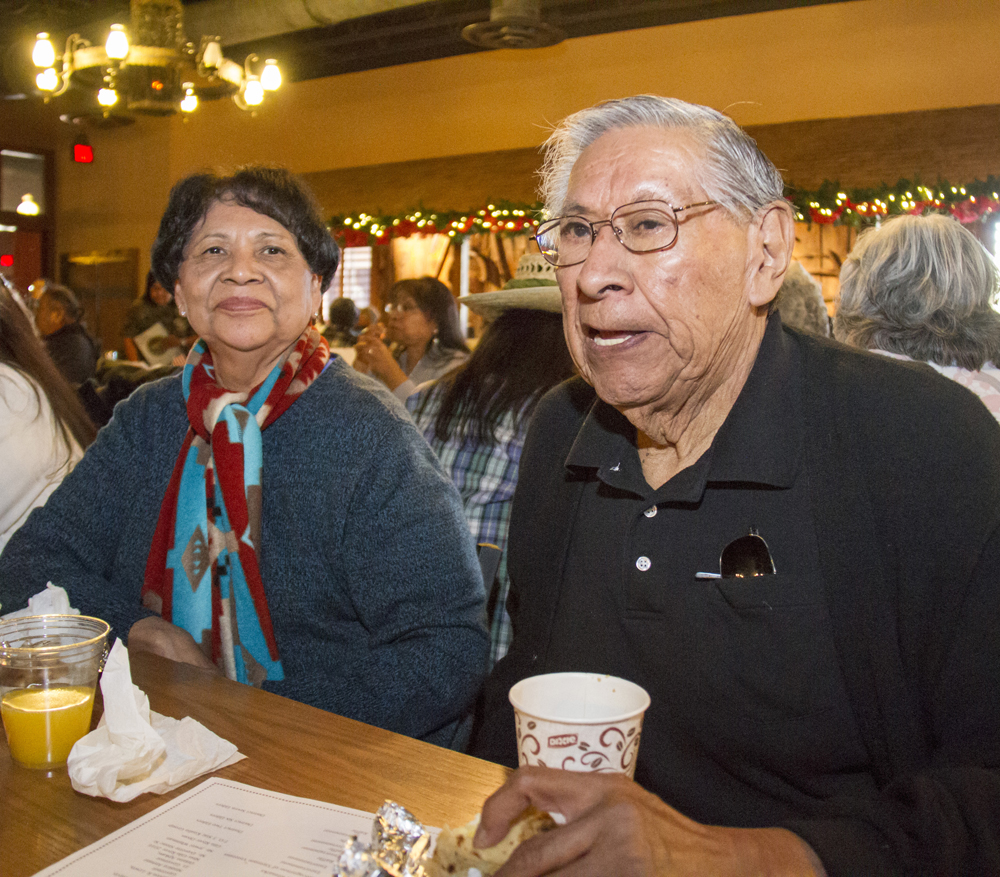