On a windswept hill overlooking Gila River Farms a monument to 16,000 Japanese Americans, who were taken from their homes and forced to live in internment camps at the former Gila River War Relocation Center from 1943 to 1945, was recently discovered to have been severely vandalized by multiple gunshots, with some areas of the structure almost completely shot through.

A group made up of Japanese American Citizens League (JACL) members, Lt. Gov. Monica Antone, and Paul Shorthair, who has been integral in making sure JACL members are escorted to the monument site and providing liaison assistance to families, traveled to the monument for the site’s annual Autumn cleanup on the morning of Nov. 12.

The cleanup was held in honor of the monument’s last steward, the late Dr. Ted Namba. JACL members picked up trash, painted over graffiti and offered remembrance through words, music, and silent reflection. Lt. Gov. Antone said that during the cleanup a member of the JACL played the taiko drums in honor of Gila River Indian Community members.

The cleanup was in honor of Ted Namba, who worked with the Community to relocate monuments…and build stronger relationships between the two cultures.

Tony McDaniel, Ira Hayes Post 84, said that they found shotgun shells and what appeared to be spent AK-47 rounds at the site.

“What we know is that somebody was out here shooting again. Whenever we go out there and do a cleanup, there are always spent cartridges lying around but they never really shot at the monument,” he said.

While every once in a while a bullet hole or two would have to be patched up at the monument, the recent level of destruction to the site is the worst McDaniel has seen.

“This time it looked like a deliberate attempt to destroy the monument,” he said.

While it is currently unclear as to when the damage was caused, it is important, said McDaniel, that people are educated on the importance of the monument and what it represents.

“Those that served, first we know that they were unjustly treated by being put there, but the people who served from there were basically the highest decorated unit during [World War II]. The Japanese Americans…were seriously decorated and honored. They definitely did their part during the war,” he said.

Now that the damage has been done, Ira Hayes Post 84, along with others, is looking to fix the monument in the near future. McDaniel noted that the site needs to be made a historical monument.

The Gila River War Relocation Center was built during World War II about 30 miles southeast of Phoenix, Ariz. in District 5. The center consisted of two camps, the Canal and Butte camps.

Construction of the relocation center began on May 1, 1942 and was officially opened just two months later on July 20.

After U.S. President Franklin D. Roosevelt signed Executive Order 9066 on Feb. 19, 1942, authorizing the forced removal and incarceration of all Japanese Americans on the West Coast, around 110,000 American citizens were sent to relocation camps around the country. Japanese Americans from California were sent to the Gila River War Relocation Center, which at its peak housed 13,348 men, women, and children.

Many of the Japanese Americans who had been incarcerated in the relocation center joined the war effort and became soldiers in all branches of the U.S. military, the 442nd Infantry Regiment being the most distinguished.

According to the U.S. Department of Defense (DOD), the 442nd Infantry Regiment, which was an all Nisei Army regiment, meaning all soldiers were born in the U.S. from Japanese immigrants, became the most decorated unit in U.S. military history. The regiment, made up of soldiers of Japanese ancestry, served in the European theatre during World War II, all-the-while their families were housed in relocation camps in the U.S.

The 442nd Infantry Regiment was the most decorated unit, for its size and length of service, in U.S. military history, receiving over 18,143 awards. A few of the awards included 21 Medals of Honor, 52 Distinguished Service Crosses, 560 Silver Stars, 4,000 Bronze Stars, and 9,486 Purple Hearts.

The monument not only stands in recognition of the thousands of Japanese American families forcibly sent to the Butte and Canal camps, but also honors those who served the U.S. during World War II.

A plaque at the base of the monument reads, “While their families were interned at Gila River, many U.S. citizens of Japanese Ancestry volunteered to serve or were inducted into the U.S. military services. They fought on both the European and Pacific fronts in defense of the United States. Sacrifices were made by these Americans of Japanese ancestry to demonstrate their loyalty to the United States of America.”

At the bottom of the plaque are listed names of Japanese American servicemen and women, who had been interned at the Gila River War Relocation Center, and died while serving the U.S. military armed forces during World War II. Those soldiers are: 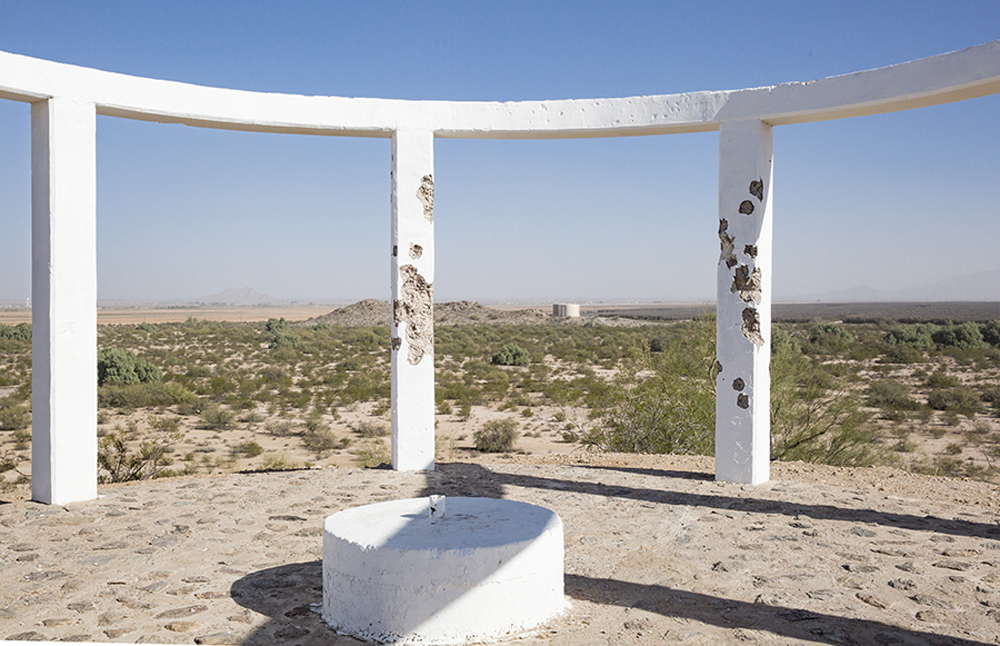 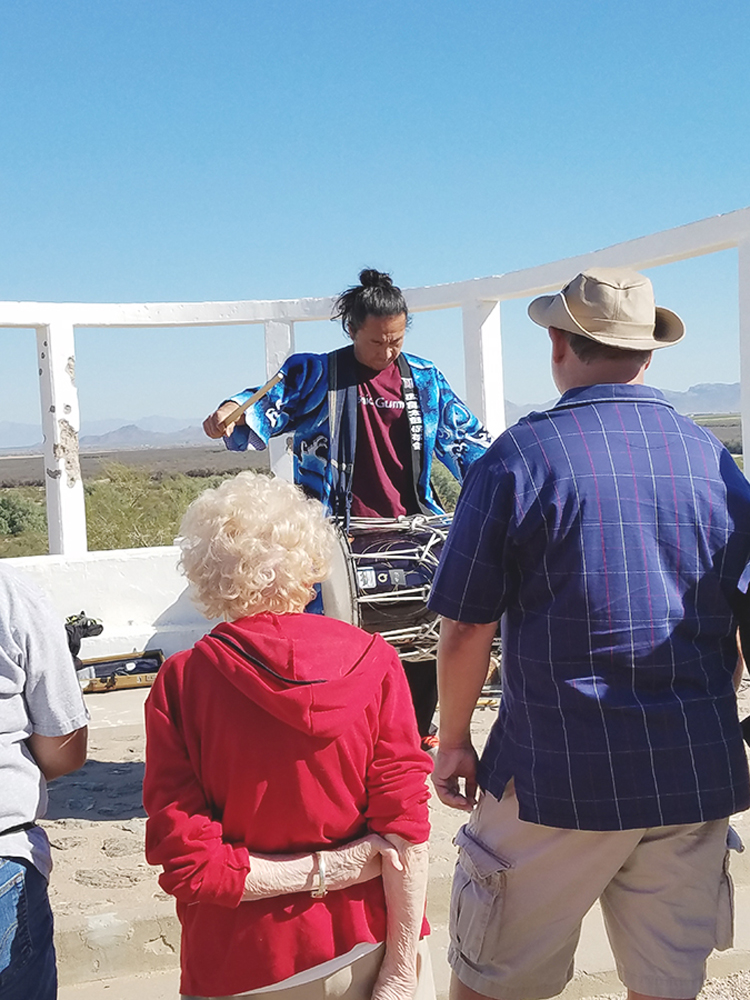 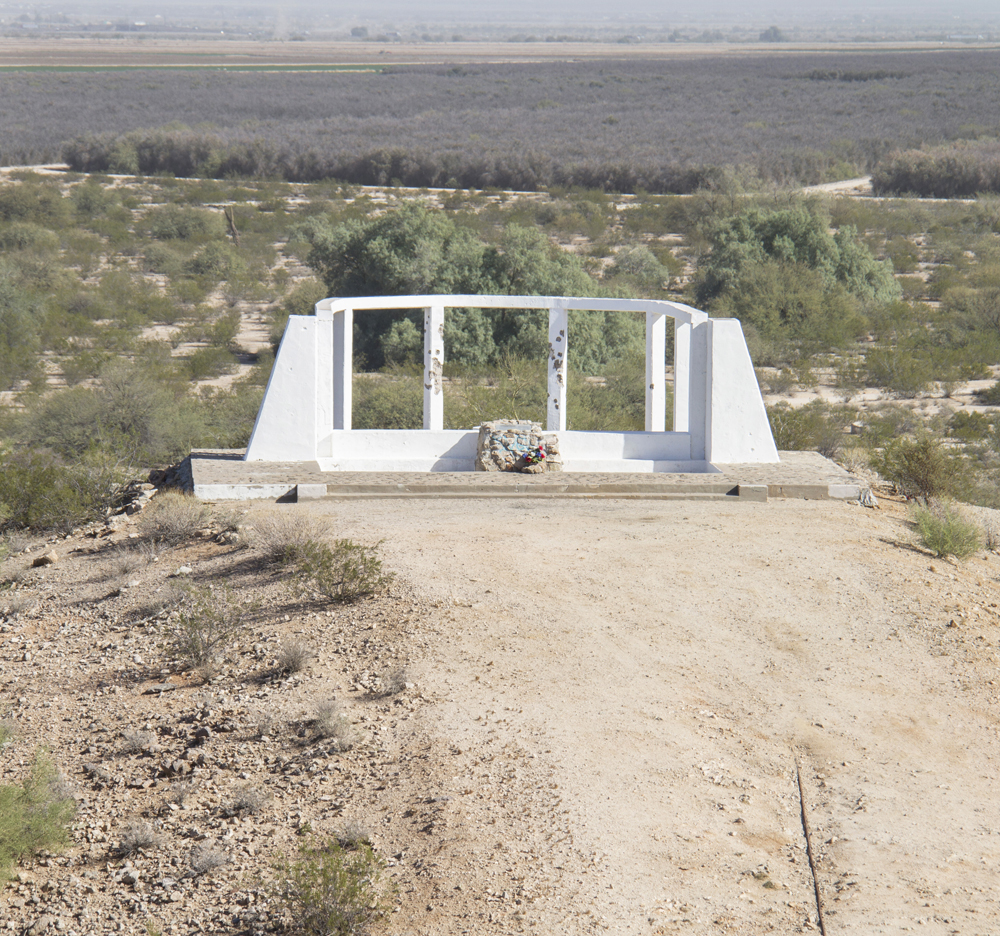 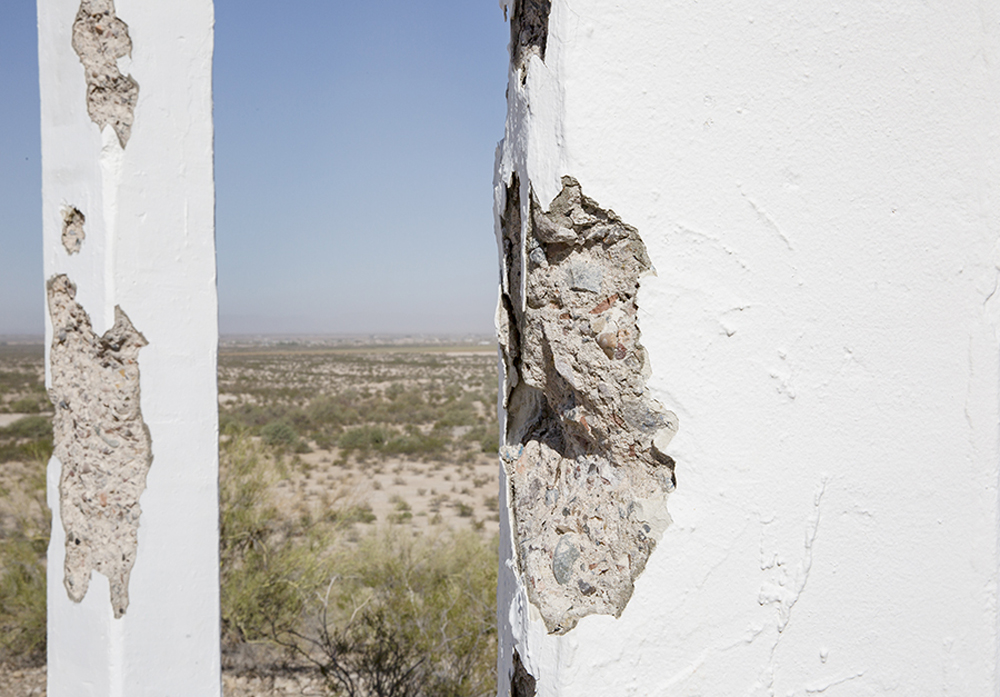 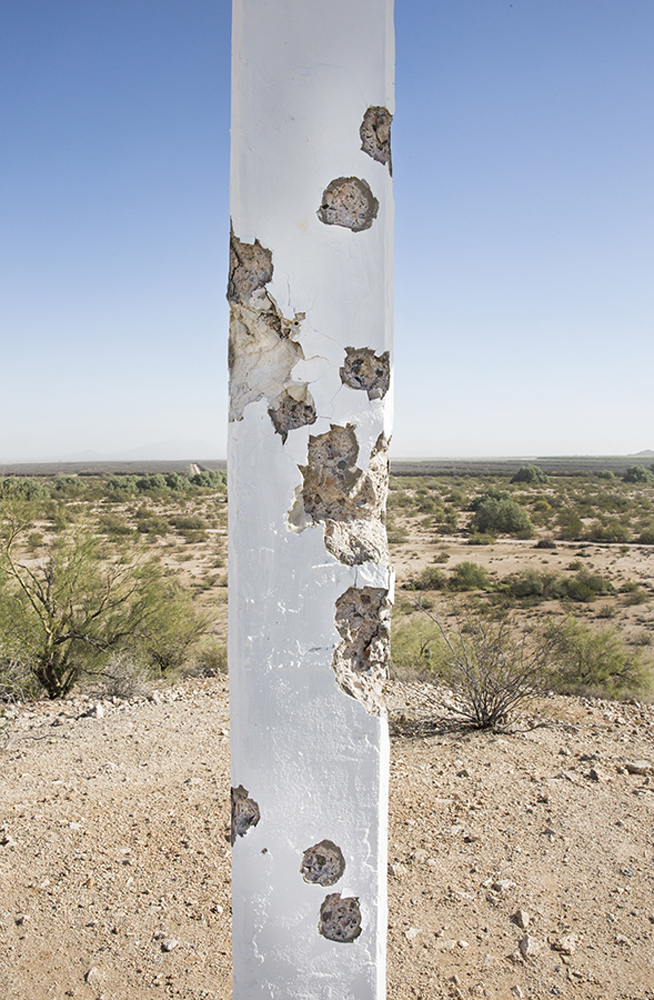