Together with Gov. Doug Ducey, the Gila River Indian Community and seven other Arizona tribes signed amendments to the 2002 tribal gaming compacts and an accompanying agreement designed to open up new compact talks on Nov. 21.

The updated agreement between the tribes and the State could give tribes who have kept the promise not to open new casinos in metropolitan Phoenix the ability to grow their tribal gaming operations.

According to a GRIC press release Gov. Lewis said, “This is a significant step forward for these eight tribes, who have stood by the promise we all made in 2002 not to open any additional casinos in the metropolitan Phoenix area.”

He said the signing of the amendments is about acting in good faith towards the state of Arizona and it’s voters, who have benefited from tribal gaming.

“Because [these] tribes have been trusted allies with the state, we will now have the opportunity to see a substantial return for having kept our promise to Arizona’s voters and leaders,” said Gov. Lewis.

At the signing ceremony Gov. Ducey and tribal leaders talked about the positive impacts of tribal gaming on the state and tribal communities that are funded by revenue from casinos.

Gov. Ducey said, “Tribal gaming has flourished, creating 15,000 jobs and driving significant economic development and opportunities much to the benefit of Arizona healthcare and Arizona education.”

He said the signing of the compact amendments meet the changing needs of the state and increase opportunities for tribal gaming.

Hualapai Tribal Chairman Dr. Damon Clarke said the amendments to the tribal gaming compact benefits all tribal communities that do not operate casinos, but lease their gaming machines to tribes in more heavily populated areas of the state.

Navajo Nation President Russell Begay said the modernization of the tribal gaming compact keeps money in the state of Arizona allowing them and the state’s economy to grow.

“Its about keeping Arizona money right [here], so that it can used to address the needs that it was set aside for,” said Begay.

Each Tribe signed two agreements. The first, a short compact amendment, recommitted the tribes to the Proposition 202 promise not to support any additional casinos in metro Phoenix. The compact amendment also allows these tribes to add more table games and keno games to their casinos.

The second agreement opens the way for a new round of compact negotiations between tribes and Gov. Ducey. However, this second phase of negotiation will only be available to tribes who agree to the “no new casinos” promise set forth in the compact amendment.

Every Tribe currently gaming in the State of Arizona will have the opportunity to sign both agreements – including the Tohono O’odham Nation, which defied the 2002 promise by opening a casino in Glendale. Should the Nation agree to the new promise, it would be allowed to keep its Glendale casino, though moving forward it would have to abide by its assertion that it will open no additional casinos in the Phoenix area.

“One of my administration’s major priorities has been to resolve the years-long West Valley casino dispute,” said Gov. Lewis, “Together with Gov. Ducey and our sister tribes, we are working on just such a solution – an agreement that will benefit our Community and every tribe in Arizona.” 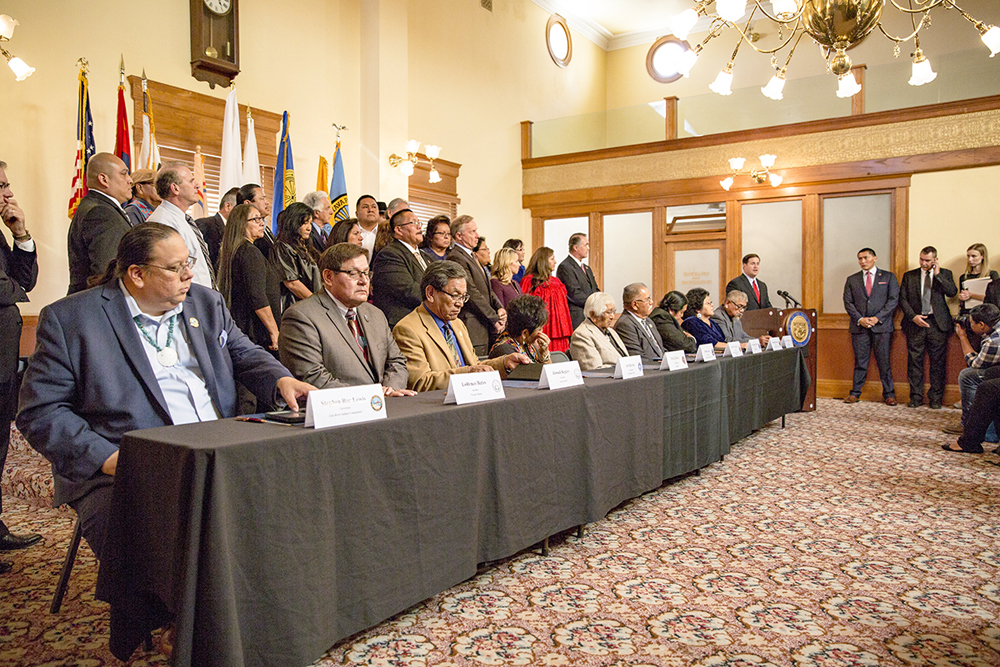 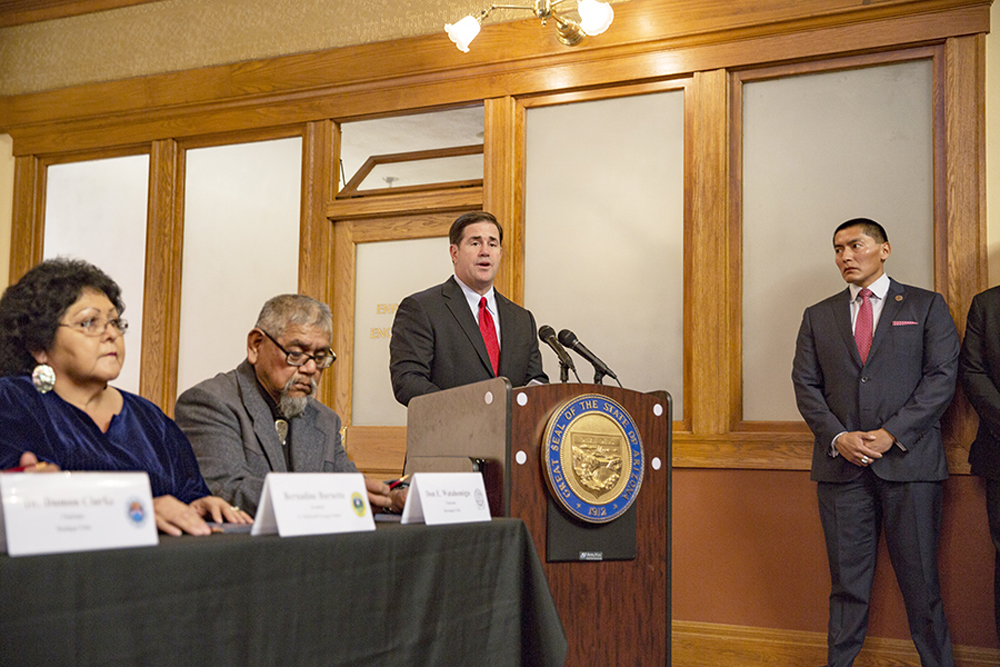 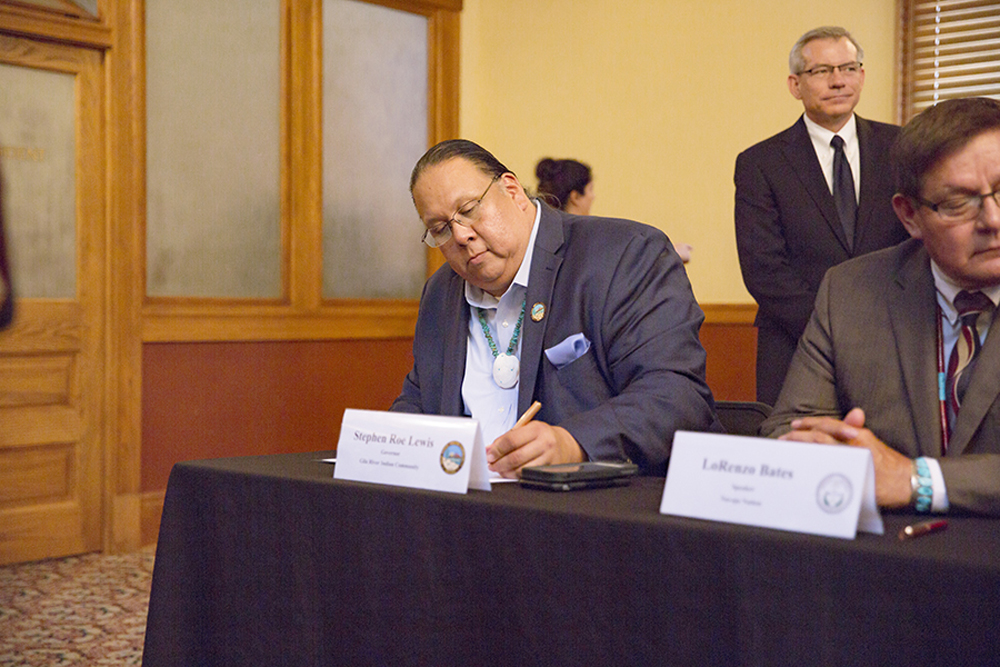 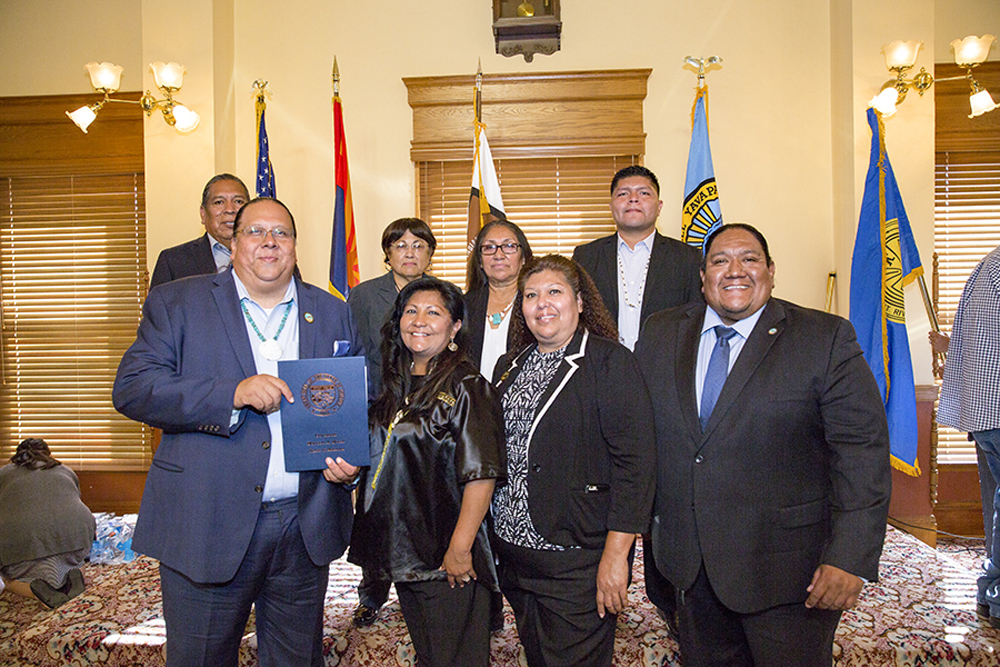