An international attraction has landed in the Gila River Indian Community bridging two cultures together for festive holiday fun.

The Lights of the World International Lantern Festival flipped the switch on over 75 displays on Nov. 18.

The lantern festival is a show of the mutual friendship between the sister cities of Chengdu, China and Phoenix and the surrounding communities like GRIC and the city of Chandler.

Before officially lighting the displays, a cultural exchange and ribbon cutting ceremony took place between GRIC and Chinese performers and delegation.

District 5 Council Representative Robert Stone provided an opening blessing for the event and talked about the importance of O’otham language in the Community.

Akimel O’otham and Chinese cultural dancers demonstrated the talents of the host and visiting nations that included performers of all ages.

Located on the south side of the Rawhide Western Town, the festival offers a glimpse of some of the worlds most famous landmarks that take attendees through a trek across Europe, Asia, America and other parts of the world.

Attendees will have a chance to check out the carnival rides and daily performances, which were showcased at the ribbon cutting ceremony.

He said it took over 18 months of planning on both sides, which translates into 160 tons of steel 87,000 yards of fabric and over 4 million lights to make the lantern festival possible.

Gov. Stephen Roe Lewis and Lt. Gov. Monica Antone appreciated the partnership between the Community and representatives from the city of Chengdu, China, where the lantern festival originated.

The Zigong Lantern and Trade Company have toured over seven countries and have used the opportunity to educate the public about Chinese culture and the significance of lanterns in relation to the Chinese lunar calendar.

“We are proud of our hospitality to be able to host an event of [this] magnitude,” said Gov. Lewis.

He said opportunities like the lantern festival put the Community on the map and demonstrate how they are able to host world-class events.

Lt. Gov. Monica Antone welcomed the attendees to the Community and for the tireless work that went into bringing the lantern festival to GRIC.

She said the lantern festival is a display of two cultures coming together as one over traditions that span hundreds of years.

Antone said it is a special opportunity for Community members to come out to see aspects of Chinese culture.

He said they chose key cultural design elements that represented the Community, which can be seen on some of the lanterns and the main entrance to the lantern festival.

“We noticed that there was Native American representation in some of the lanterns, but it wasn’t unique to the Community,” said David.

Thomas said that it is both beneficial to the Community, because it shows the rich culture of the O’otham people.

As each of the representing delegates cut the ribbon one-by-one the colorful array of lanterns started to resemble a small city of lights.

David said they hope to build the partnership with the people in Chengdu, China and the U.S.- China Educational Foundation, who were key stakeholders in the project.

For individuals and families wanting to visit the lantern festival, parking is $10 and admission for Community members is $19.99, who will need to have proof of tribal identification at the gate and $24.99 for adults. The festival will run until Jan. 29, 2017.

Festival goers can expect to be treated to a mix of Chinese cuisine, art as well as other attractions that will be sure to entice everyone’s palette.

For more information go to www.lightsoftheworldus.com. 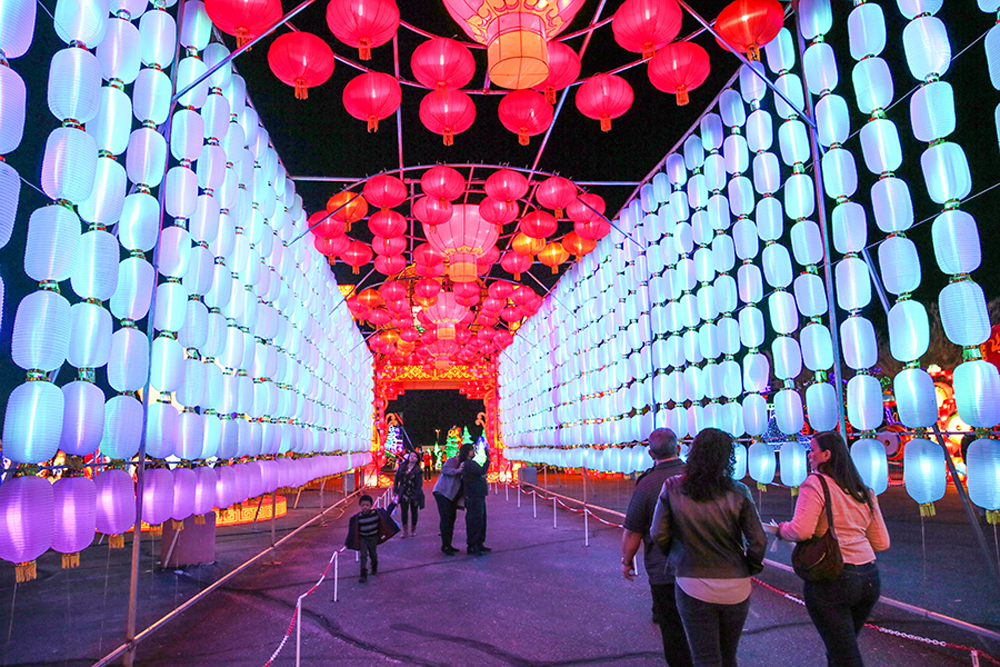 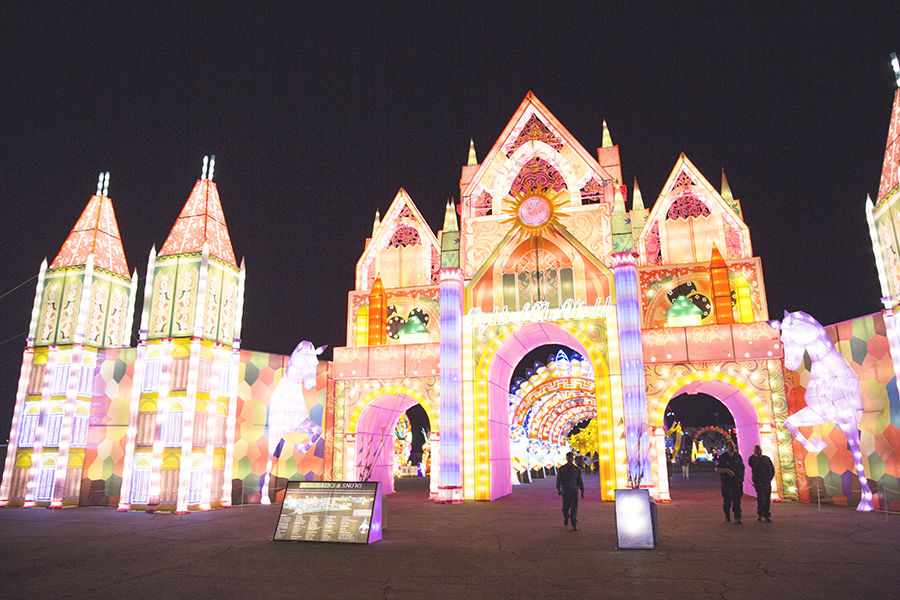 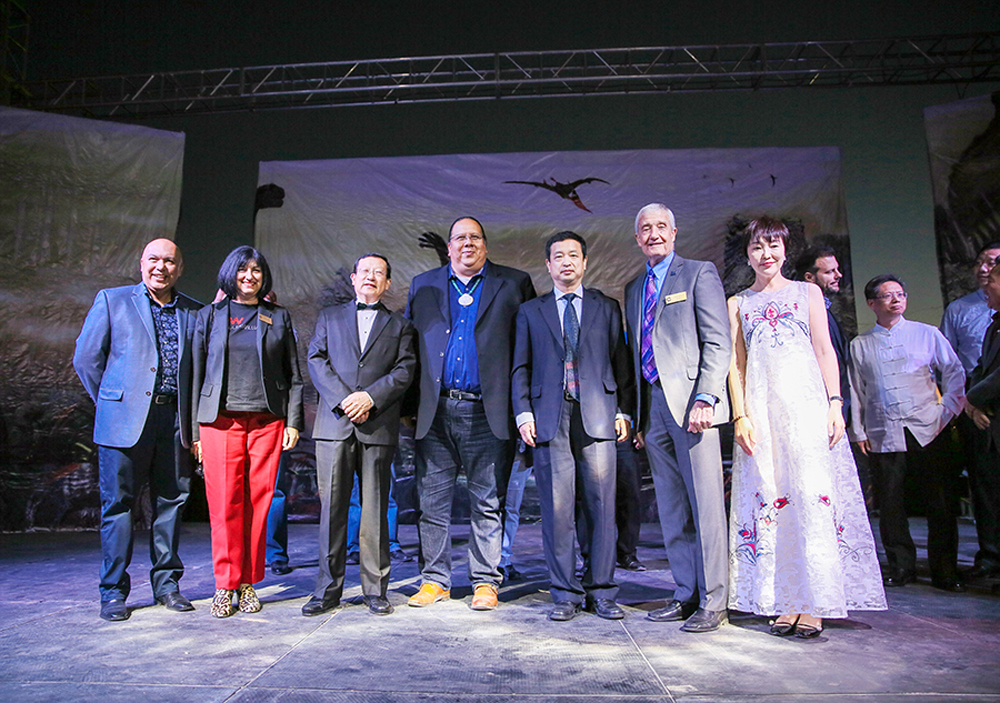 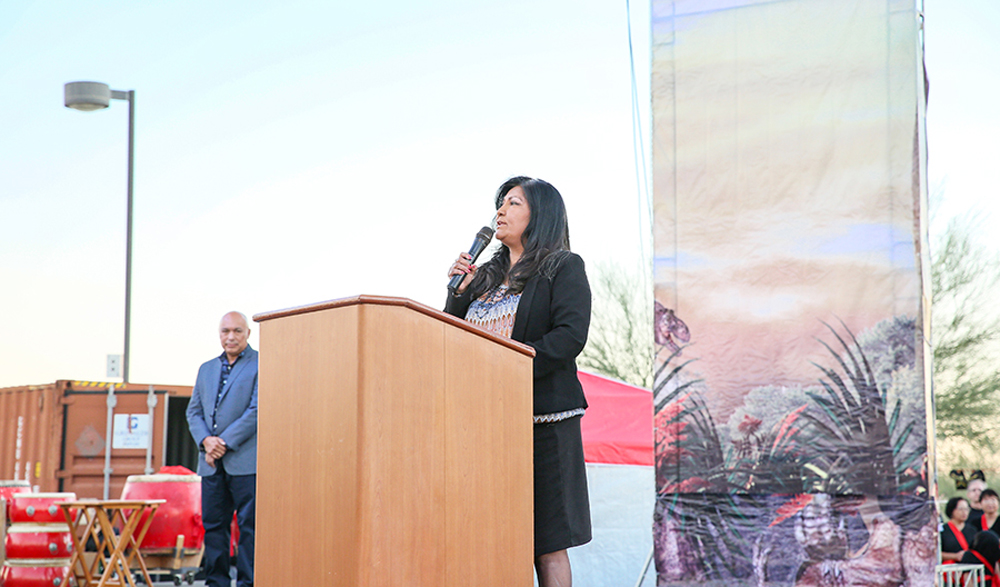 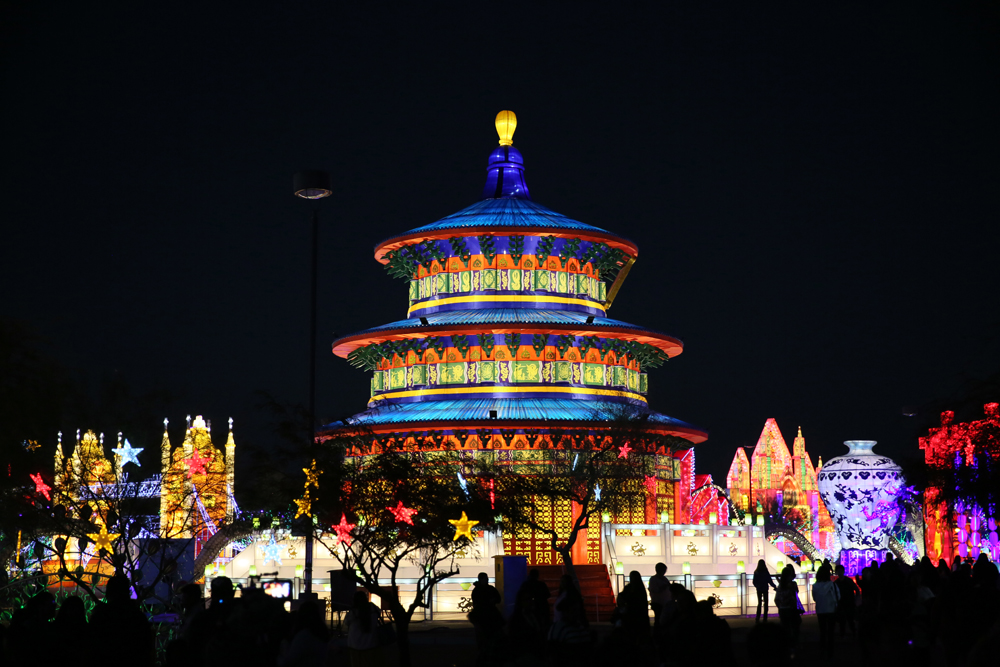 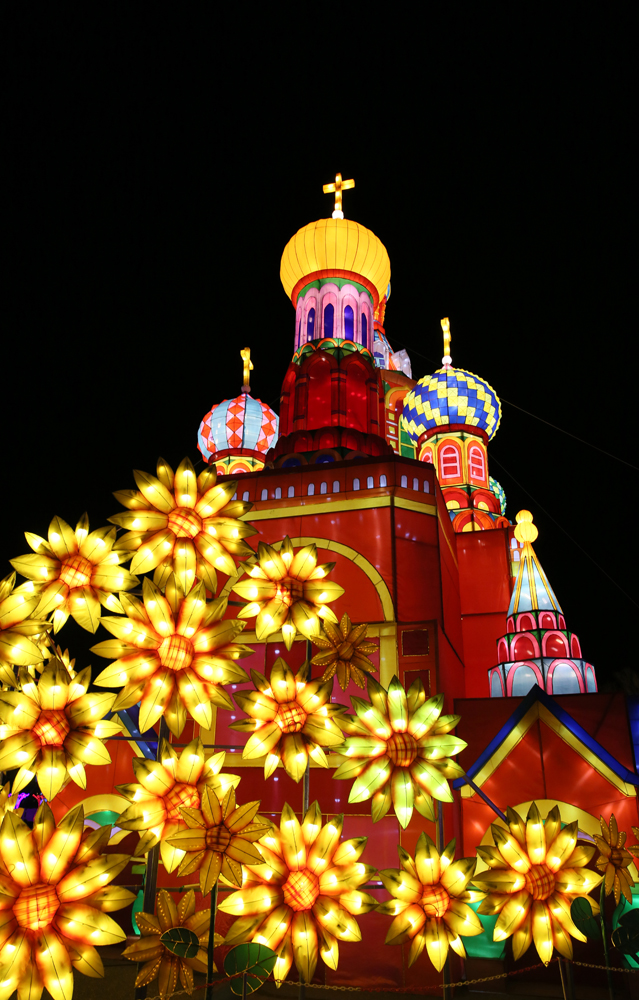 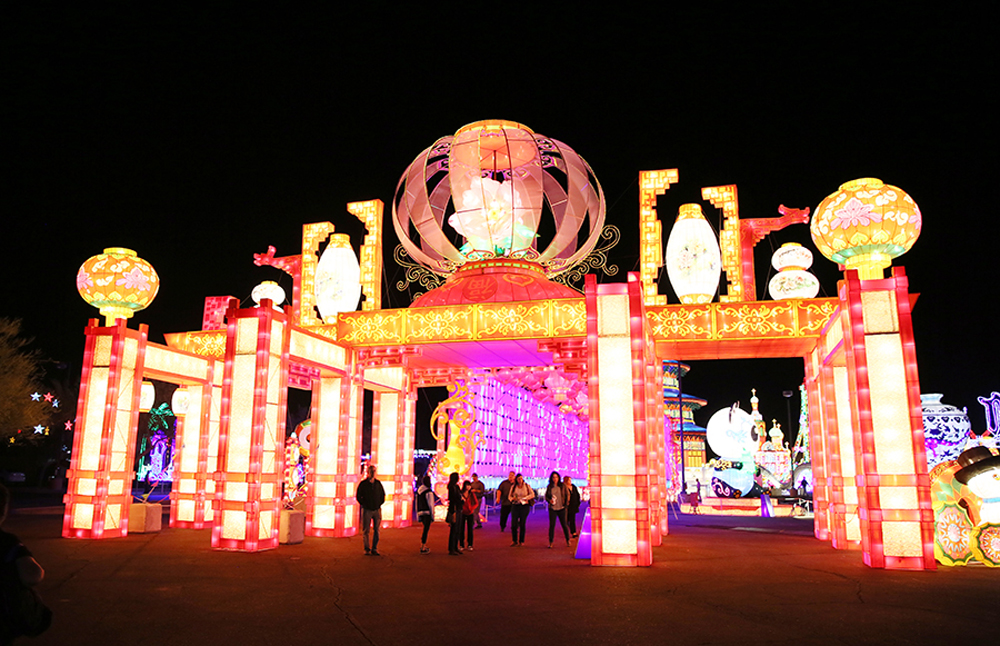 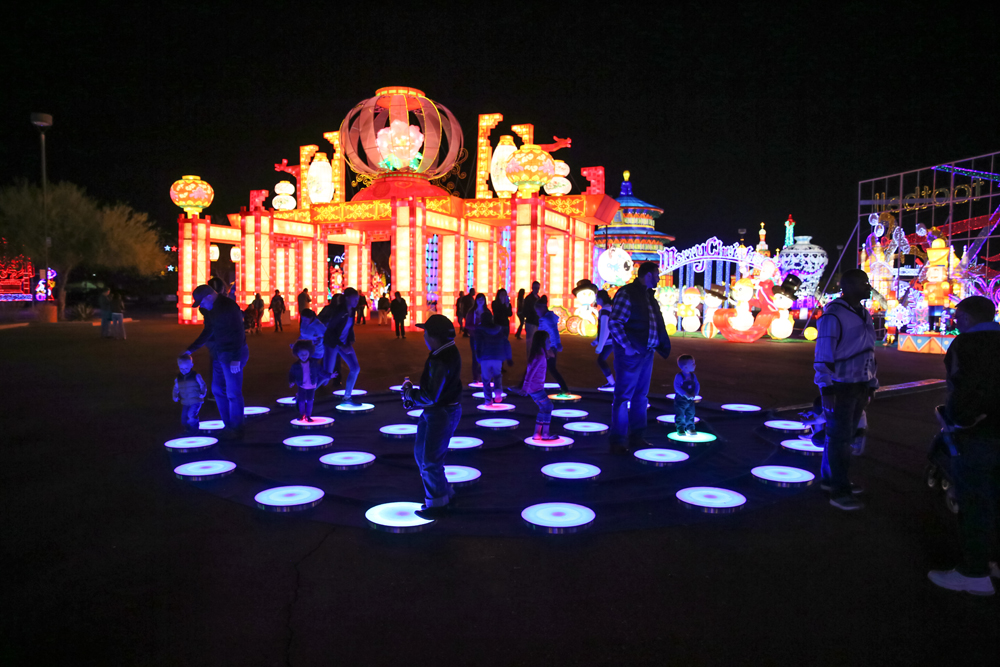 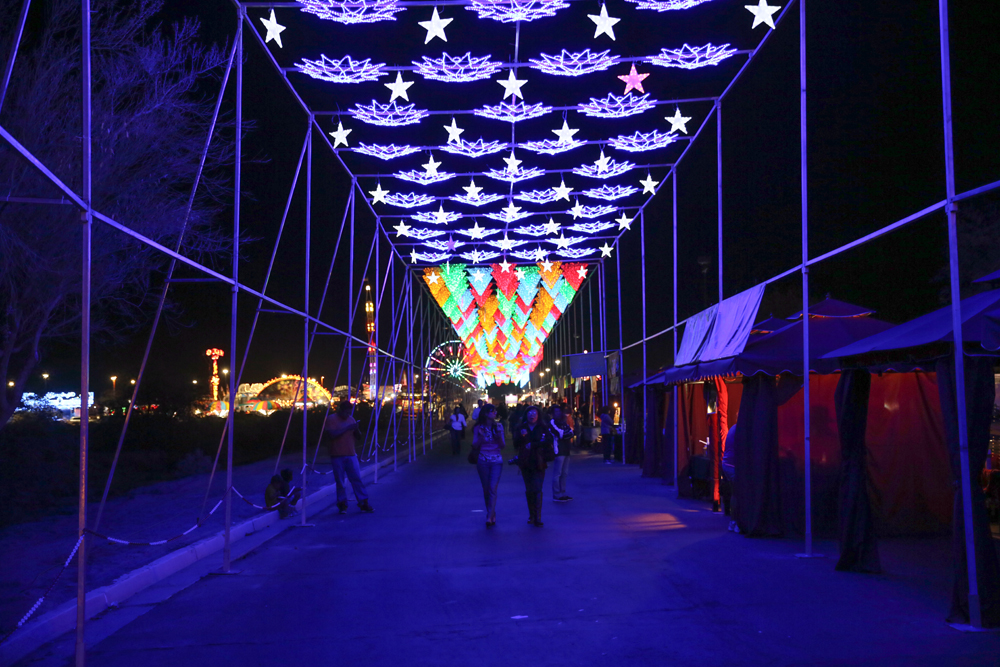