The last time the GRIN checked in on the Standing Rock Sioux Tribe’s fight to stop the Dakota Access Pipeline, a group of young men from the Gila River Indian Community had driven nearly 1,500 miles to deliver donations of water, blankets and camping supplies to the people at the Oceti Sakowin (pronounced oh-che-tee shuh-ko-win) Camp. That was in September. A lot has happened since then.

On Sunday, December 4, the U.S. Army Corps of Engineers announced it would not grant an easement for construction under Lake Oahe at this time. The decision was seen as a major victory for opponents of the pipeline, because the easement was necessary for Dakota Access, LLC to construct its pipeline under the lake.

In its declaration, the Corps said it is calling for an Environmental Impact Study (EIS), which would look at the impact the pipeline would have to the area.

In the EIS, the Corps will explore alternative locations for the pipeline to cross the Missouri River, look more closely at the potential risk of an oil spill, and seek additional information on the Standing Rock Sioux Tribe’s treaty rights as they relate to Lake Oahe.

With the news of the Army decision to pursue an EIS, Standing Rock Sioux Tribe Chairman David Archambault II issued a statement thanking supporters and volunteers. But with the denial of the easement and a harsh winter setting in, protesters are being asked to leave the camp so as to keep warm and take care of themselves.

The standoff between the protestors, who call themselves water protectors, and the police escalated into violent clashes through much of October and November. The #NoDAPL movement received national attention after video of the violence spread on Facebook and Twitter, but things have quieted down in recent weeks.

Today, snow blankets the land – teepees and SUVs are covered in white. After two blizzards and daily high temperatures below freezing, many campers have reportedly left.

With the help of environmental law organization Earthjustice, the tribe in July filed a lawsuit against the Corps, alleging it violated several federal statutes, including the National Environmental Policy Act, among others.

That lawsuit has been temporarily put on hold due to the Corps rejection of the easement to see how the EIS and the change of the presidential administration may affect the project moving forward. 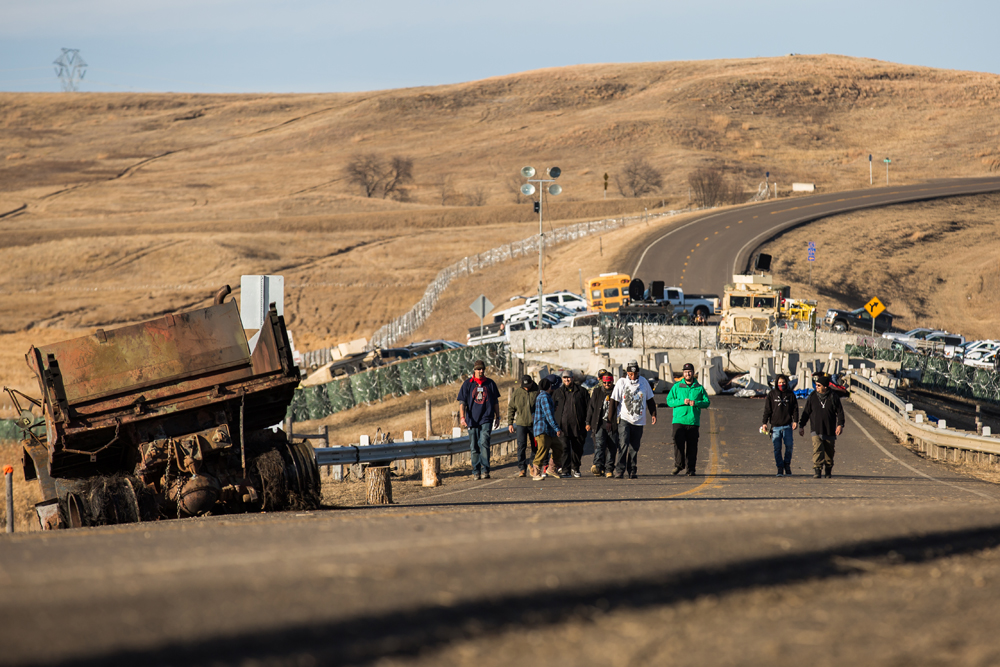