The holiday season was in full swing when parade floats of all types and sizes made their way down Casa Blanca Road in Sacaton on Dec. 2.

This year’s River of Lights parade had a Super Hero theme and the entries did not disappoint as characters straight out of the Marvel and DC universes and their green pals, the Teenage Mutant Ninja Turtles, joined Santa Clause to bring holiday cheer to the children in attendance.

The Gila River Indian Community Gov. Stephen Roe Lewis and Lt. Gov. Monica Antone teamed up as Superman and Superwoman to lead the parade in greeting the crowd of spectators, wishing them a Merry Christmas.

This year over 20 entries took part in the parade that consisted of Community departments and members.

As the parade went on there was a marketplace for people to purchase handmade gifts made by Community artisans at Ira H. Hayes Mathew B. Juan Memorial Park.

The winners of this year’s River of Lights parade were awarded in different categories based on quality, originality, theme and overall appearance and presentation.

The Paul Family was awarded the Governor’s Award for best presentation of this year’s super hero theme, which consisted of a string of carts bedazzled in various lights of all colors bearing the logos of Batman, Superman and Captain America.

Santa Claus and the Grinch put aside their differences this year to help the box shakers and movers in Shipping and Receiving roll their way to the Community Managers Award in the best GRIC department category.

Mr. and Mrs. Paws (an entry by Merry Kriss Kyyitan) featured tiny pooches, in tow strolled their way to the Directors Award in the best family category.

Stringing their lights to resemble a small winter wonderland in the desert, the Tribal Recreation Department and Wellness Center received the Kids Choice Award for best use of lights.

Not to be outdone, the District 1 Service Center and Community Services Department had something special for the crowd with their entry taking home the Judges Award for best overall entry. 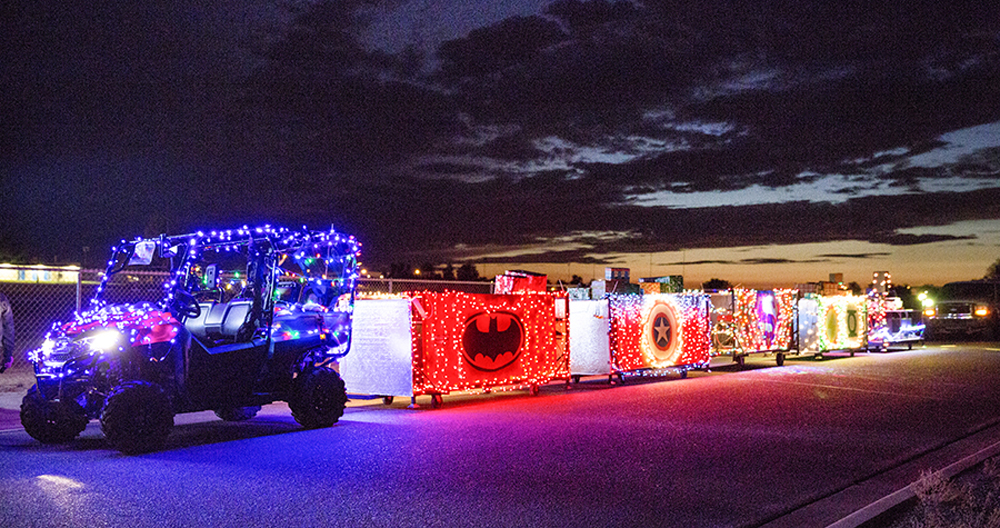 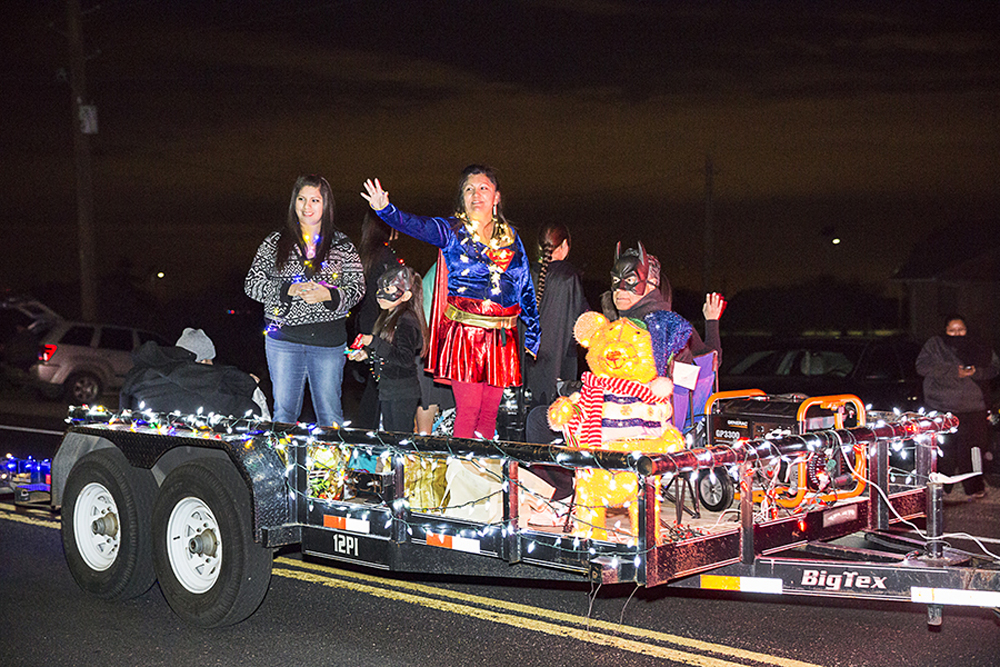 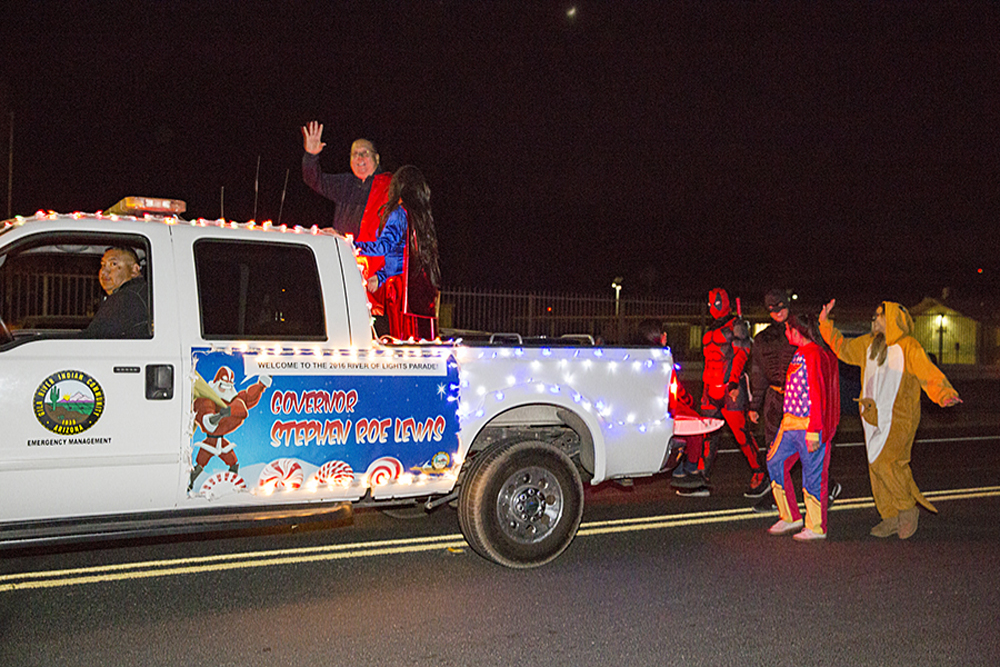 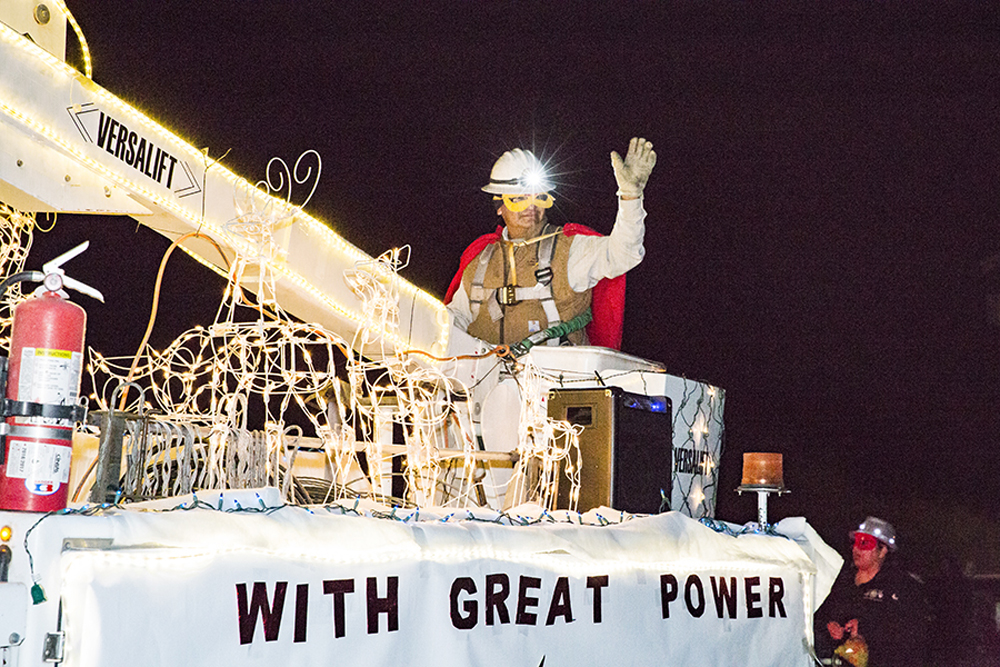 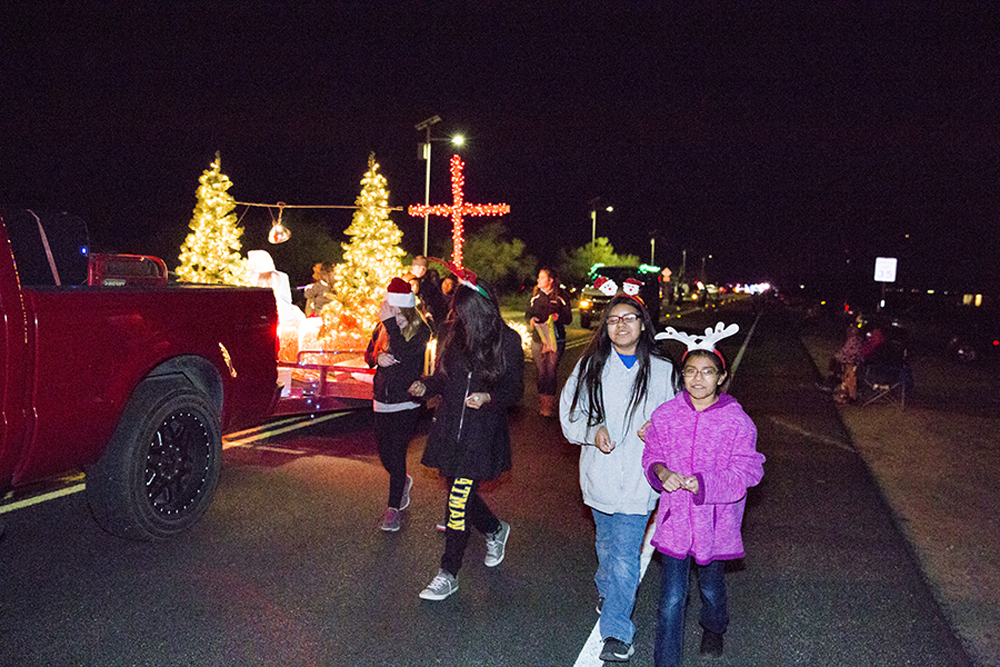 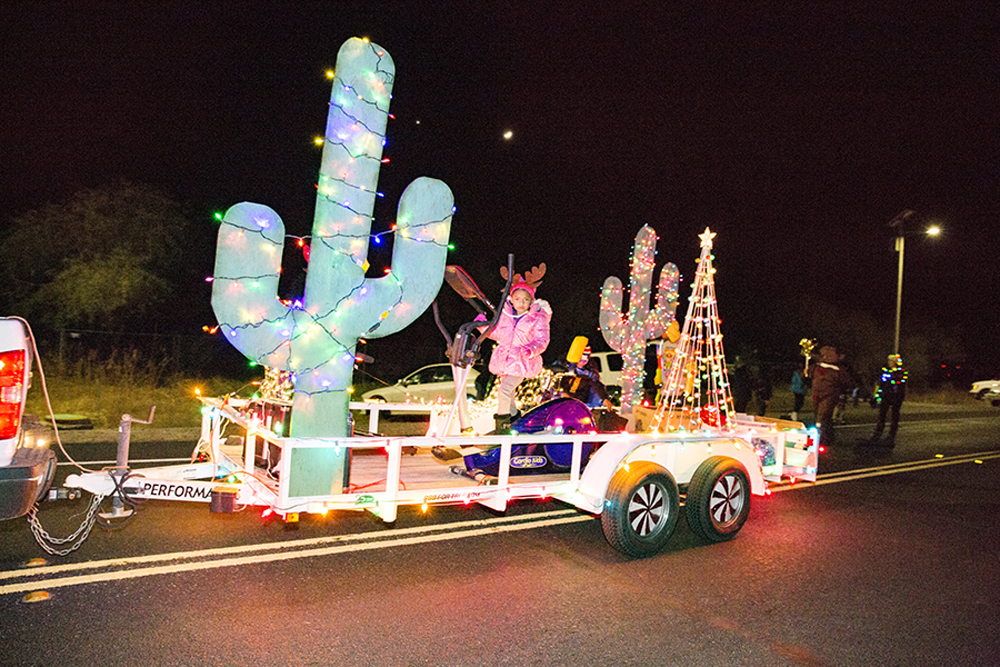 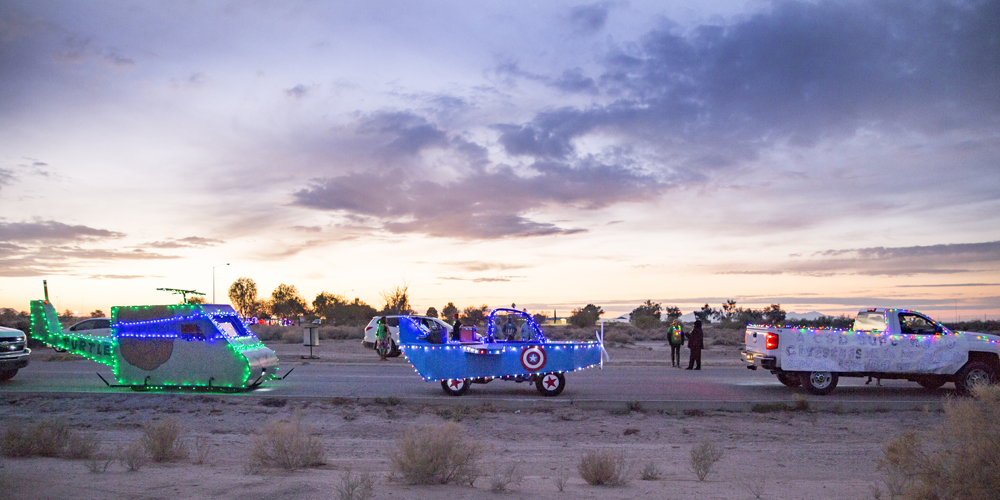 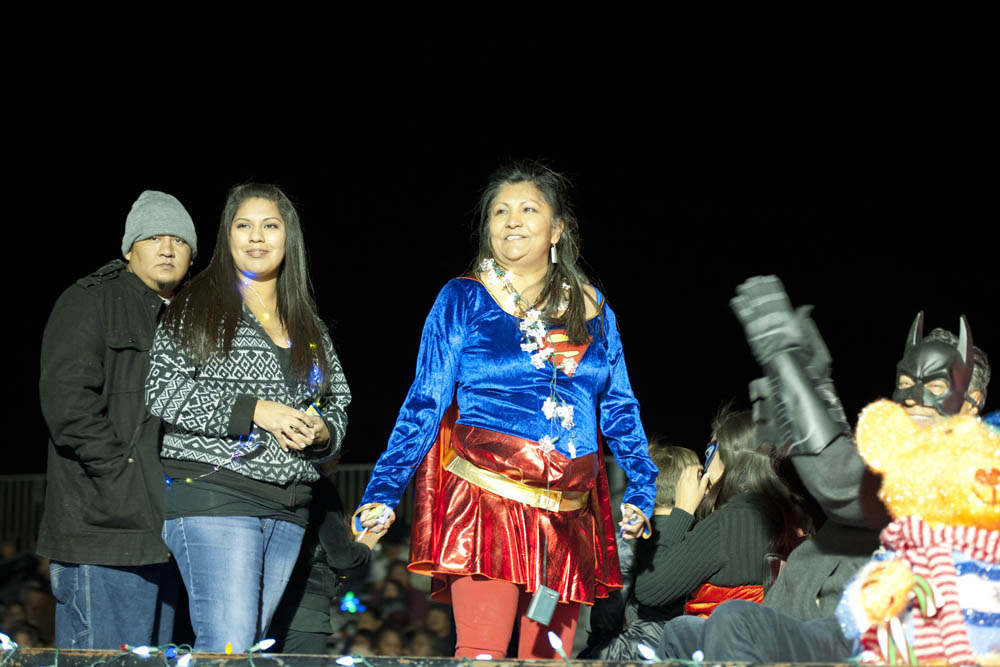 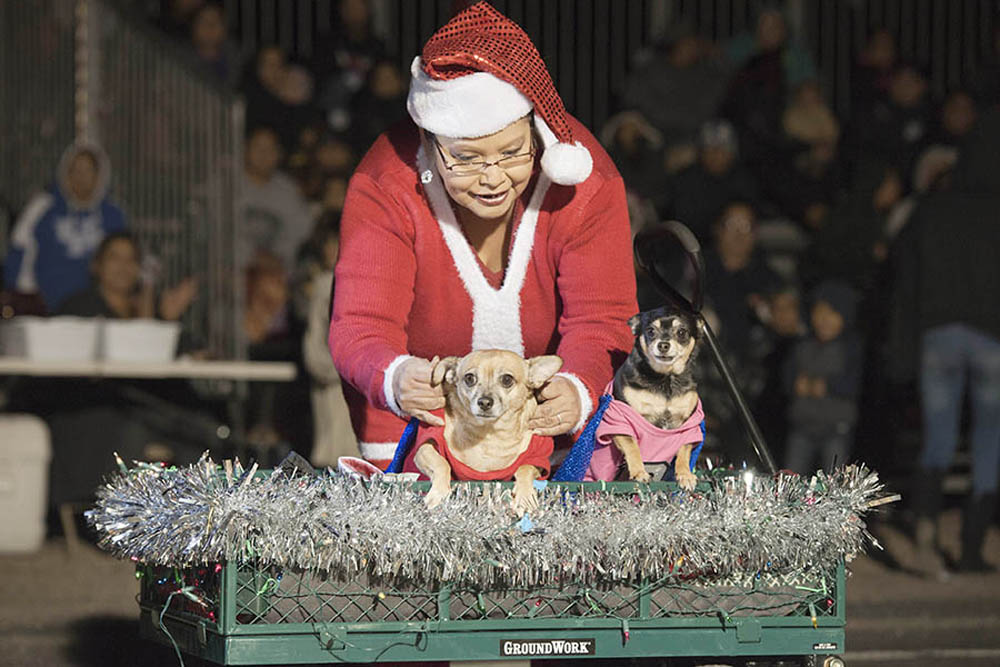 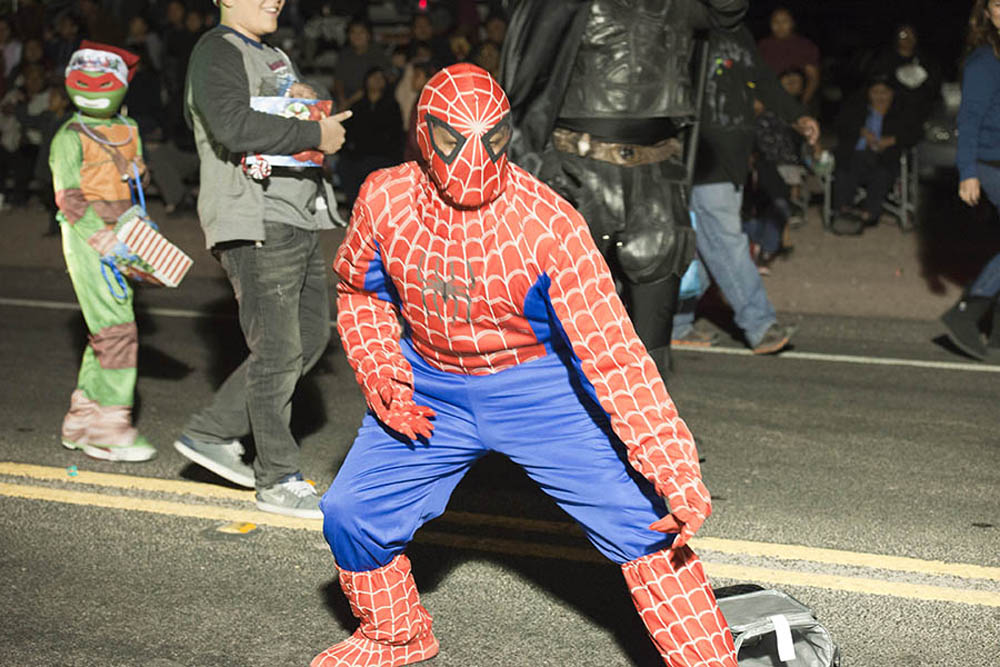 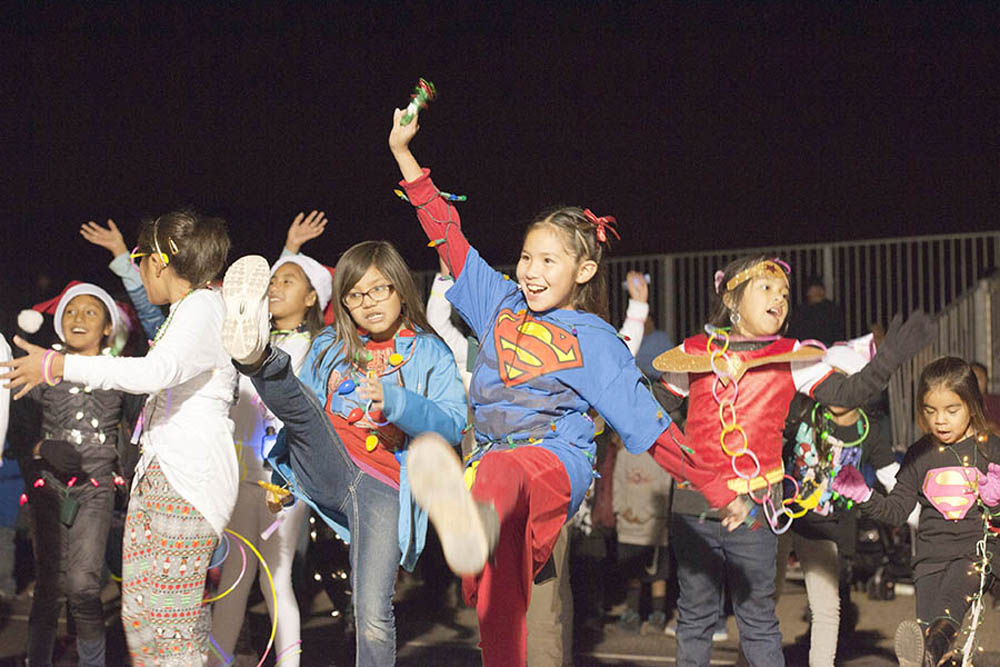 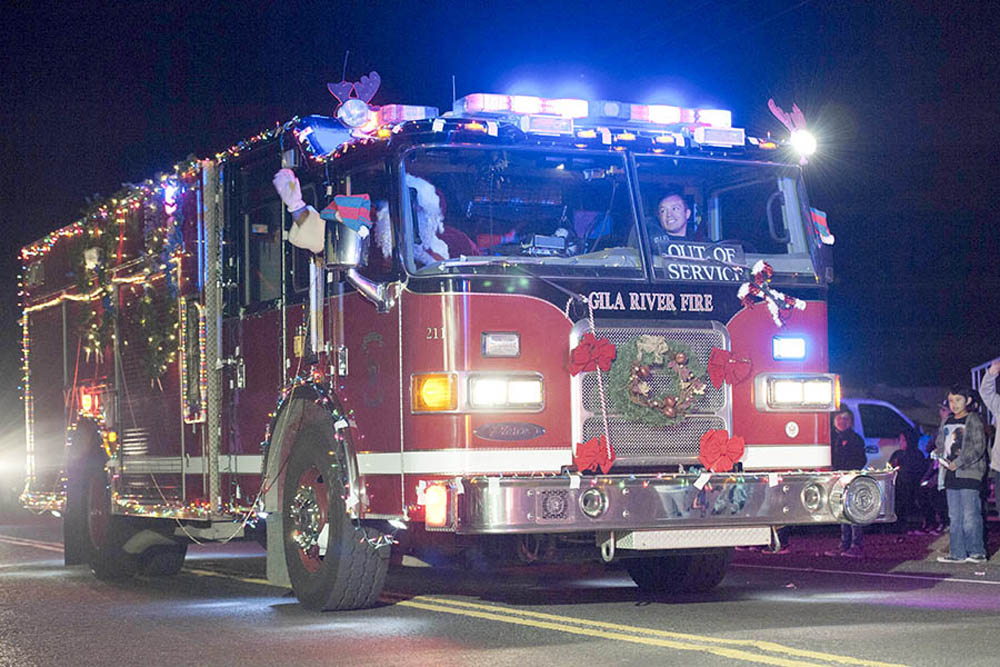 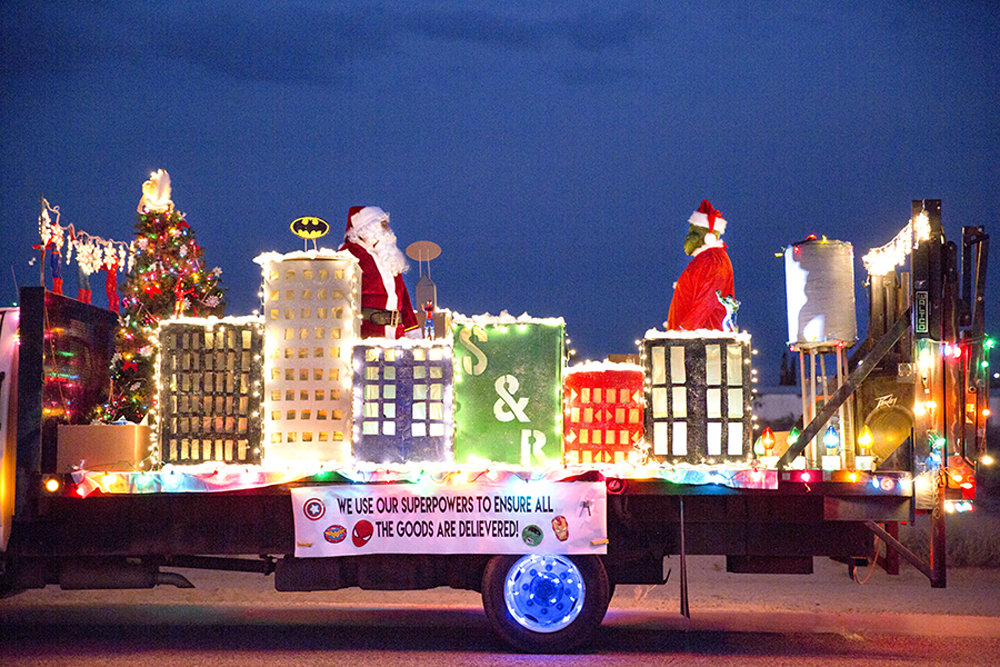 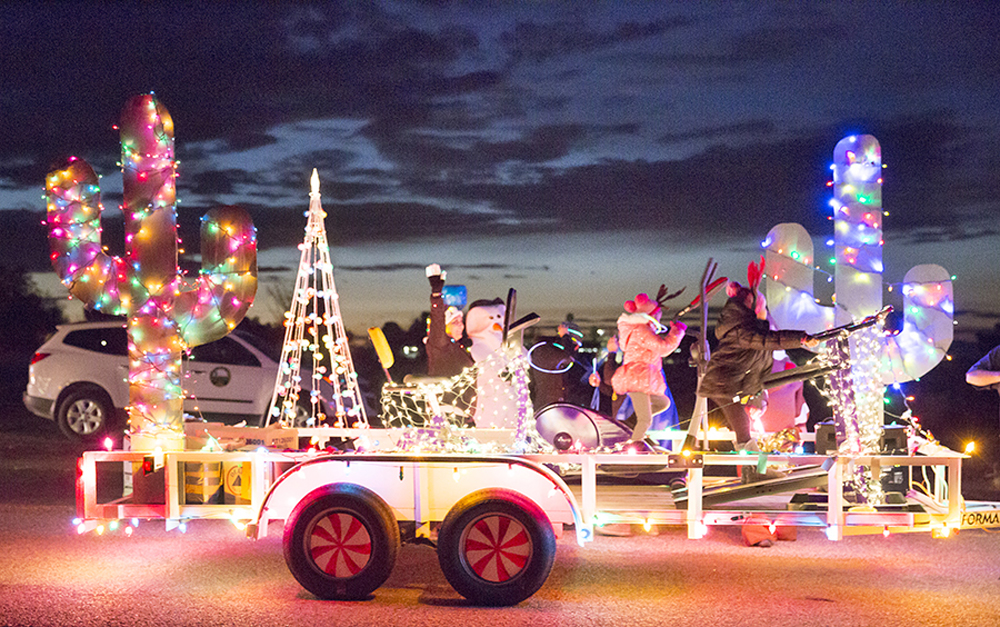