The Arizona Commission on Indian Affairs, the Inter-Tribal Council of Arizona and the Arizona Indian Gaming Association organizes the event to recognize the contributions of American Indians to the state of Arizona.

To open the session the Ira H. Hayes American Legion Post 84 presented the colors on the floor of the Arizona House of Representatives.

Outside, universities and policy institutions that work with the Arizona tribes on education and government-to-government relations set up informational booths on the lawn of the capitol.

Within the Arizona House of Representatives Speaker of the House David Gowan and Senate President Andy Biggs along with tribal leaders and students from across the state led a Joint-Protocol session.

“You’re contributions to the economy and statewide community are such a necessary part of the state of Arizona’s future,” said Gowan.

He said in order to take on the big issues that affect both tribal and state governments each side must cooperatively work together.

“I appreciate the spirit of cooperation that we have with each of the tribes within the state of Arizona,” said Biggs, “It is very critical as we enter an era of improved relations and communication with the tribal nations, [We] value your input.”

He emphasized the significance of Arizona tribe’s position over critical issues that impact them and said they are one of the biggest contributors to the state’s economy.

Gov. Lewis, along with Senator Carlyle Begay and Senator John McCain are supporting an initiative for increased background checks on homes where American Indian children are placed when they are at risk.

He said it is important for the state of Arizona to utilize the Federal Bureau of Investigation’s National Crime and Information Center database, and the implementation of the Bureau of Indian Affairs Office of Justice Service Purpose Code X information sharing program for tribal social service agencies.

Discussion at the sessions focused on the safe guarding of the Indian Child Welfare Act to keep American Indian families together in the interest of tribal communities.

“ICWA has kept Indian families whole. It has allowed Indian children to retain their identities as Native Americans,” said Gov. Lewis, “It has prevented predatory adoption agencies from turning a profit by preying on tribes, children and families and would-be foster parents.”

He is working with House Representative Sonny Borrelli (R)-District 5 and the Arizona Veterans Caucus to introduce House Bill 2323, a measure that will help compensate American Indian soldiers who served in the armed services from 1977 to 2000 that had their Arizona State income tax withheld.

Gov. Lewis’s address shed light on the many challenges that lie ahead, but spotlighted how the Community is exercising its tribal sovereignty. 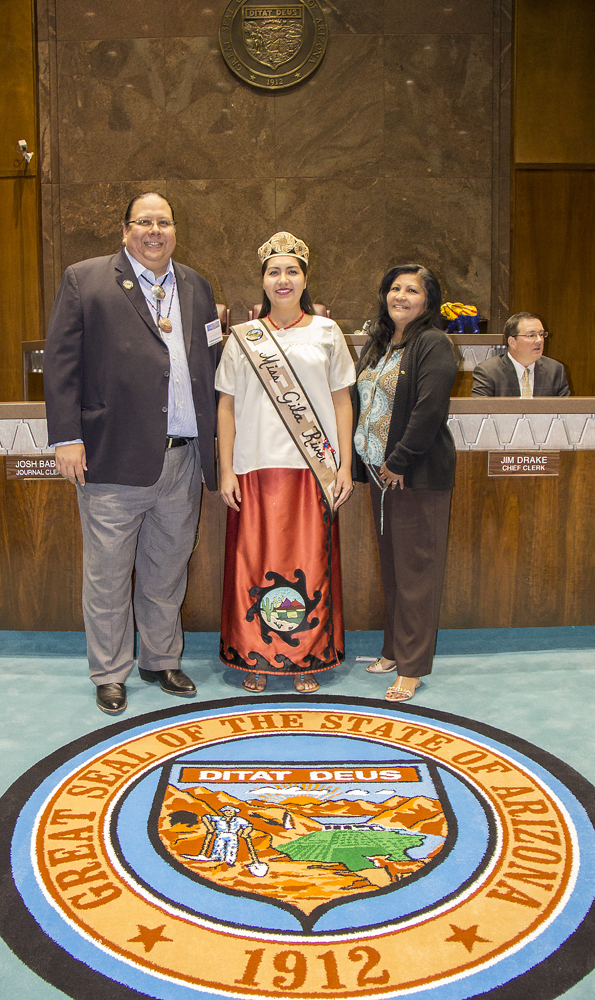 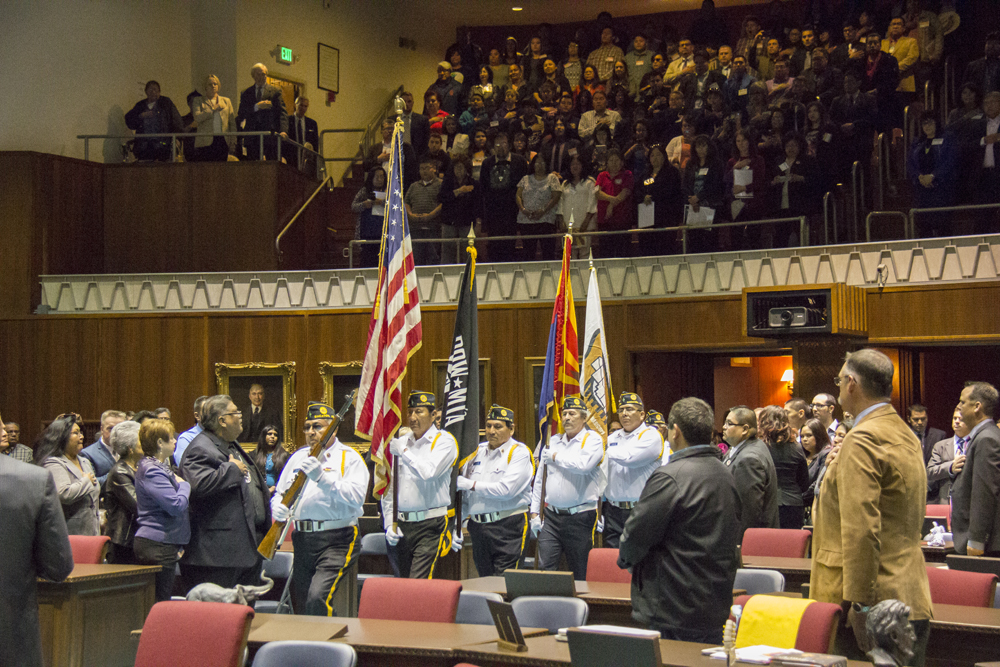