Gila River Transit is off to a smooth start. The local bus program started offering rides around Sacaton on Jan. 11 and plans to begin service in the West End this month.

Sasha Pachito, who manages the program, said in its first week over 140 people utilized the bus service, “and every week since then we’ve had over 100 people.”

The Sacaton route includes 17 stops that takes riders to the police department, the courthouse, the hospital, Boys & Girls Club, the service center, the Executive Ki, residential areas and a number of other spots. More bus stops may becomte available as the route is evaluated.

If you’ve seen the bus and it looks a bit plain, GRIC DOT understands. For now they are all white, but they have some design concepts submitted by GRIC members and hope to have unique artwork on the buses in about a month.

“There are a couple buses out there that look just like [the transit bus] and we want to be distinct from everyone else,” said Pachito.

The bus is in operation Monday through Friday from 8 a.m. to 5 p.m. with the last circuit beginning around 4 p.m. It takes about 3-5 minutes between stops along the route and one circuit takes between 40 and 50 minutes.

All of the buses come equipped with a wheelchair ramp and all bus drivers are trained in assisting the disabled.

Gila River Indian Community Department of Transportation started to pursue the idea of a transit service many years ago and felt that this was the right time to get the program rolling.

The grant supplies approximately 80 percent of the program costs. The funding helped the Community purchase the three buses and pay for staffing.

Those dollars are now making an impact in Districts 6 and 7.

Gila River Transit will begin operating a bus route in the West End this month, possibly as soon as next week, the week of Feb. 8. It will not shuttle passengers between the West End and Sacaton; the two routes will operate independently.

GRIC DOT hopes to continue to expand the service in coming years, depending on funding availability. 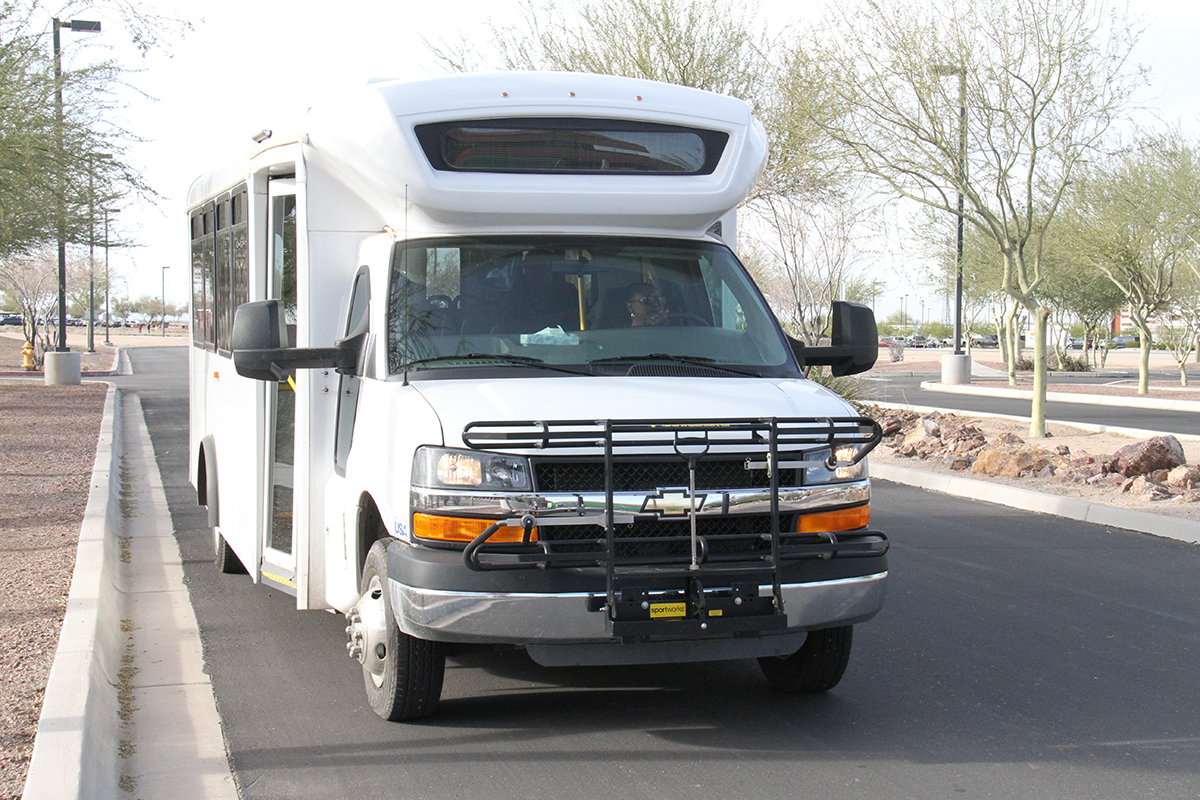