Open your ears and suspend your questioning mind, the storyteller requested of the audience. Feel this cold air and embrace these stories, he said.

Three hundred and fifty people filled the dirt ball court of the Huhugam Heritage Center under winter stars and the soft glow of a waxing quarter moon. Bundled up for warmth, expelling little white puffs of frosted breath, and steeped in the aroma of burning mesquite wood, the audience faced the stage, young and old, quietly absorbing the history of their people.

“Every generation wrestles with such questions as: Who are we? Where did we come from? And why are we here?” said historian and retired educator Billy Allen in a later email. “These stories represent our ancestor’s answers and on many levels, these stories can offer guidance, enlightenment and entertainment.”

Allen was the emcee for the Jan. 15 storytelling event, as well as one of the contributing storytellers.

The Himdag Ki: Storytelling Group from the Tohono O’odham Nation enlightened and entertained the audience first with a production of the story of The First Saguaro. A narrator recounted the story while children in costumes, surrounded by elaborate set design acted out the scenes and recited dialogue in O’otham.

It was inspiring to see young people acting out the stories of their ancestors, learning lessons about working hard and caring for others.

Allen spoke next. He talked about the significance of the stars in O’otham culture and told the story of Jeved Makai, Se’he and Ban.

“We selected Mr. Allen because…he’s a natural emcee,” said Robert Johnson, one of the event coordinators. “[He knows] how to speak eloquently, clearly and concisely and he puts some life into what he’s talking about.”

Johnson said the Community can expect more language-oriented programs to be held at the Huhugam Heritage Center in coming months as it develops a language program.

Recording was not permitted at the event, nor was photography during the storytelling. These stories must be experienced live.

Barnaby Lewis is another well-known orator. This is the 23rd winter he’s told the O’otham stories, but the first time on a stage at the Huhugam Heritage Center.

When Lewis tells a story, he is lively and evocative. He brings characters to life and draws the audience in, making the listener feel as if they are in the story.

Lewis alternated between O’otham (the stories’ original tongue) and English (so everyone could learn and understand). With well over 300 people in the audience, the event was like a huge family gathering.

“It’s always a good experience to see that many people interested in the stories,” said Lewis.

Listening to the old stories on a cold night in near silence gave listeners a connection to their ancestors, an impression of how it might have been hundreds of years ago.

But all of the stories told that evening add up to only a fraction of the canon of O’otham oral tradition, which, historically would be told in its entirety over the course of four long winter nights, and O’otham stories are only told during the winter when the rattlesnakes are in hibernation.

Allen was the one who asked the audience to “suspend your questioning mind.” He said the western way of thought depends on concrete evidence and reproducible results.

“That view does not always work with Native cultures. If one tries to follow the ‘logic’ with our stories, it diminishes the stories. By ‘suspending the questioning mind,’ the power and strength of nature and humans can be appreciated.” 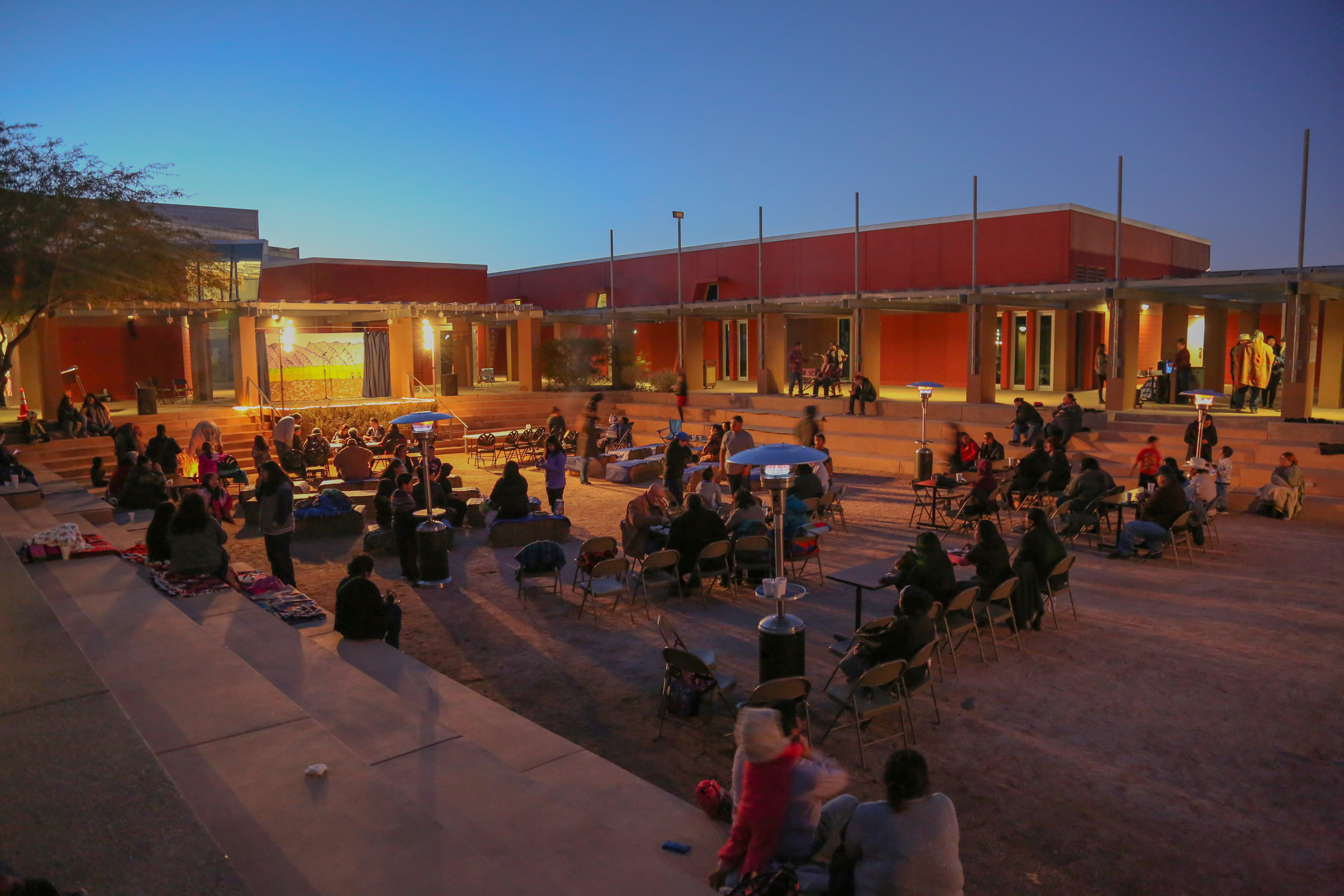 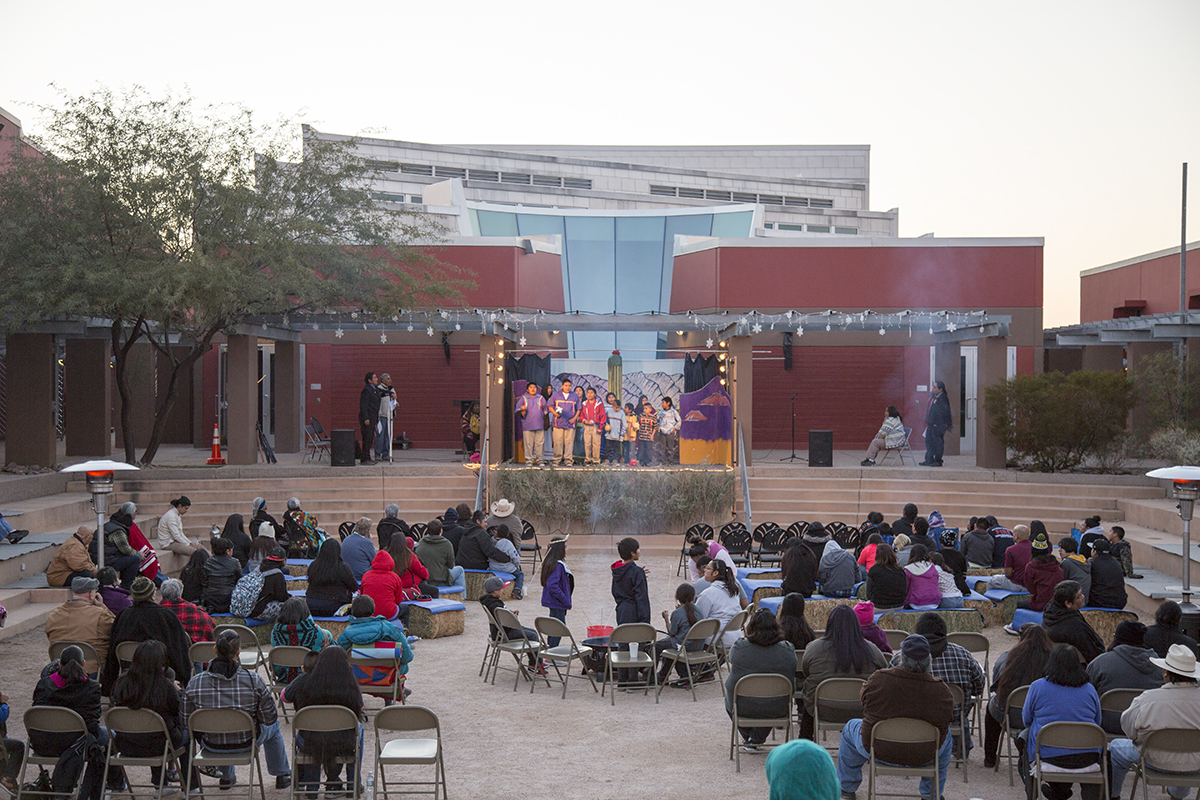