Enjoying a good meal with friends and family is one of the more important moments in life, and this is something Kevin Lewis, 31, sommelier (wine expert) and wine director for renowned valley restaurant, Kai, has learned through years of discipline and experience.

Lewis, a member of the Gila River Indian Community and sommelier for arguably one of the best restaurants in Arizona, began his life’s journey in District 4 in the village of Stotonic. It was there he spent much of his childhood, growing up with his father, the late GRIC police officer Sgt. Kevin Tilman Lewis, mother Velda, and three sisters.

“We lived in one of the housing developments for a while, [it was] pretty normal,” said Lewis. “We had kids in the neighborhood that we would play with all the time and every now and then we would have block parties. Most of my family lived around the area, my aunt and uncle lived two houses down, we were [over] there all the time,” he said.

At the tender age of eight, Lewis’s father passed away, and it was during the following years his mother taught him responsibility and discipline, two traits that helped him succeed later in life.

“She was kind of strict, especially on me because I was the oldest,” said Lewis.

“I think it shaped the way that my work ethic is, I didn’t really want to let her down or disappoint her,” he said.

“Having responsibility and not giving up is one of the big things that I feel I got from her,” continued Lewis. “She would never let me give up on anything, (whether) it was school work or something I couldn’t do, she would start pushing me until I was able to do it.”

With a solid work ethic and strong sense of responsibility nurtured by his mother, Lewis spent the next few years figuring out what to do with his life. Studying for a year at the University of Arizona then heading back to GRIC where he continued his studies at Chandler-Gilbert Community College, Lewis continued to search for the right career.

And that’s when it happened. In 2004 Lewis began working at Ko’sin Restaurant located at the Sheraton Wild Horse Pass Resort & Spa, and began his journey into the depths of the fine dining world.

Over the next several years Lewis worked his way through a variety of jobs at the resort, from working at Ko’sin as a server assistant, to bartending at the lobby bar, and eventually making his way to Kai.

“I ended up [at Kai] as a server assistant, (and) pretty much worked every position up to where I am now,” said Lewis.

With many people who decide to make a career in fine dining, the journey is often prompted by an epiphany-like moment during a meal. That moment can occur while eating a delicious main course, drinking a full-bodied glass of wine, or enjoying an extraordinary dining experience. Like many of his profession, Lewis’s journey into fine dining was no different.

Lewis’s moment occurred while on a trip to take his introductory exam at the Court of Master Sommeliers in 2008. After passing the exam, Lewis and Frank Giannotti, Kai’s supervisor and sommelier at the time, stopped to grab a bite to eat. Lewis ordered a bottle of sparkling wine and Giannotti ordered fried calamari.

“He had ordered fried calamari to go with the wine,” said Lewis. “I had no clue that that’s what he was doing. We were sitting there and eating and I’m taking a bite…I would sip the sparkling wine and it was mind blowing. Just the way that everything…seemed to work perfectly, the fried aspect of the calamari worked with the [wine’s] bubbles, it had a bit of a toasty note, the saltiness complimented it amazingly,” said Lewis.

“I had never tasted anything like that before or had wines paired with food before.”

Thus began Lewis’s passion for pairing wine with food and another step forward to becoming Kai’s sommelier and wine director, an advancement that ended up being more of a realization than a promotion.

At the time, Kai’s previous sommelier, Thomas Klafke left the restaurant, leaving Lewis to find his replacement. And, it was while Lewis was driving home one day from work a realization hit him.

“I was thinking, I am going to have to…interview the new sommelier, this person is going to have to know the [wine] list, the food, the clientele…and I thought wait, that’s me, I have been doing that for the past three years,” said Lewis.

Shortly after, Lewis asked Klafke if he could properly fill the role as Kai’s new sommelier.

Lewis said, “He just gave me a look of disbelief, and said, you’re really going to ask me that question? Of course you can do it.”

And that’s what Lewis has been doing ever since, delighting guests with his knowledge of wine and helping create a magical dining experience at Kai. 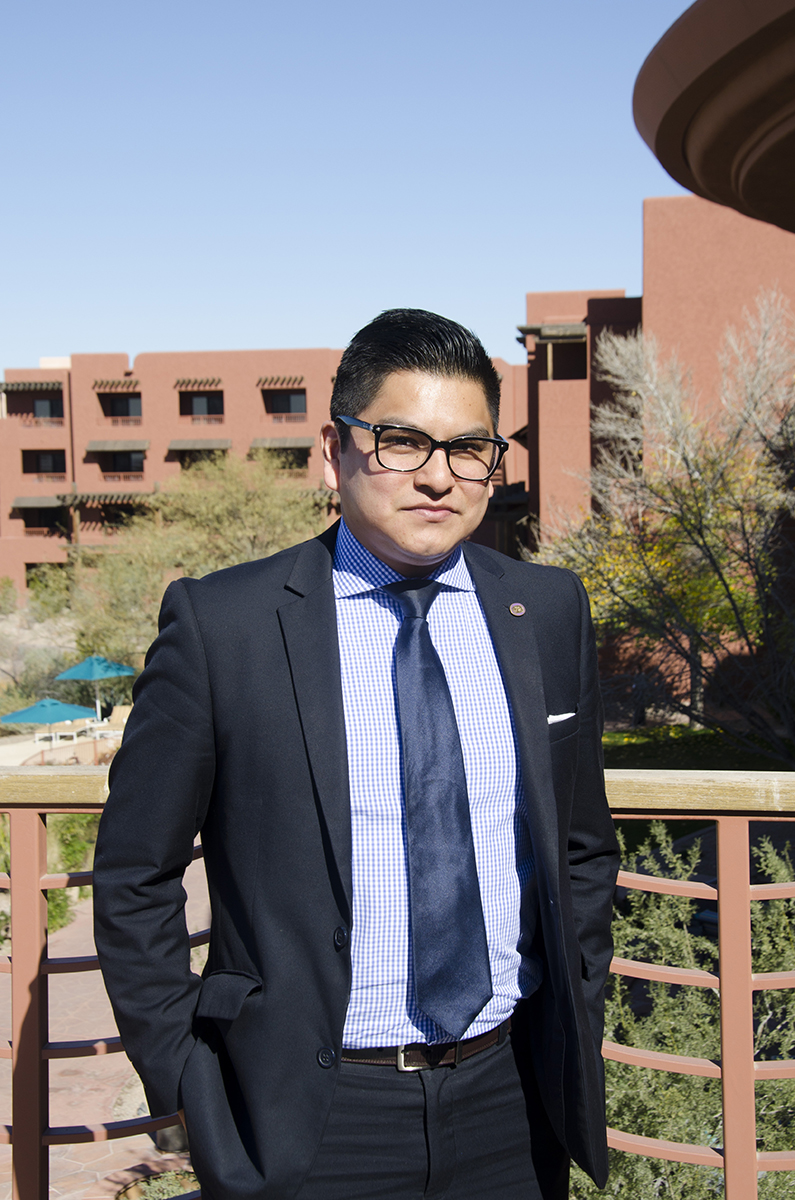