Music and education come together to get students excited about the performing arts.

The St. Peter Indian Mission School Billy Farris Memorial Hall transformed into a concert hall when musicians from the Phoenix Symphony visited the students on Jan. 14.

The Phoenix Symphony’s Education Program Concert Classroom consists of a series of school visits funded through a two-year, $75,000 grant awarded by the Community.

It is a community outreach program that visits over 25 schools in Maricopa and Pinal Counties throughout the year.

The Phoenix Symphony Education Assistant, Ben Baer said, “We want to get kids excited about music and instruments.”

Lead percussionist Bruce Pulk, who plays the kettledrums said, “It’s always a pleasure coming out and visiting the students. The program really took off 10 years ago and has been a success.”

He said the kind of exposure students have to instruments is not confined to a concert hall, but out in their own community.

The goal of the outreach program is to promote the idea about music and instruments as an integral part of our daily lives, including the amount of creativity that comes from it.

He said visits like the one to St. Peter leave a lasting impression, which may inspire the next generation of musicians in any genre of music.

“Many of the instruments are a result of the sharing of cultures.”

On the day of the visit an array of percussion instruments were brought out to demonstrate to the students.

One set of instruments included a cinder block and rocks used to create a high pitched sound similar to a xylophone and another was a set of deer hoofs commonly used in indigenous peoples’ performances.

Baer said that playing an instrument is different from most activities because an individual has the ability to play according to their personality and that allows them to take ownership of it. 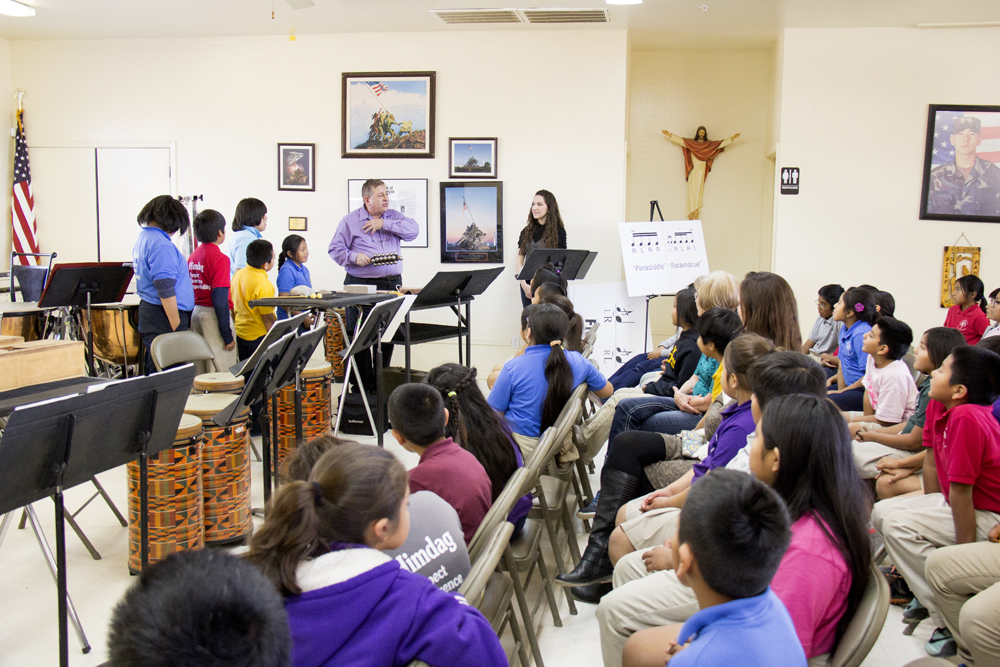 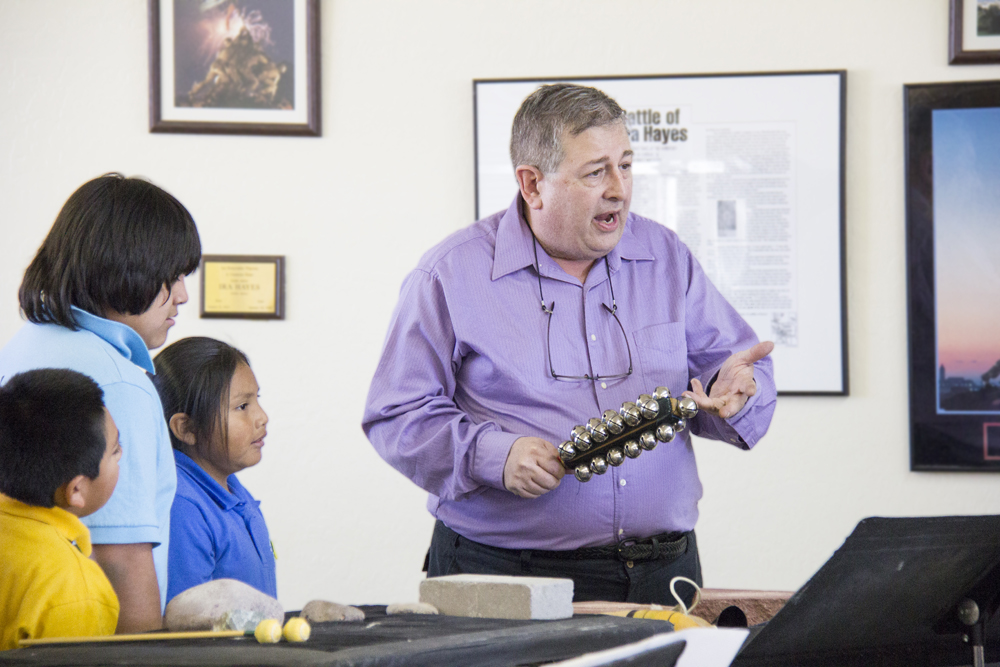