Brothers Richard Thomas and Issac Felix recently danced in a performance of the Nutcracker at the Phoenix Symphony Hall last December.

Charity Thomas, a mother of four from District 5, said she is proud of her two boys, “It really means a lot to me to see them performing in such a well-known play.”

The Nutcracker, which dates back to the late 19th Century, has been performed around the world and is known for its elaborate sets and cast of talented dancers.

They joined a cast of over 150 dancers and are going to be taking part in a production of The Sleeping Beauty from Feb. 11-14 put on by Ballet Arizona.

Thomas was cast as one of Drosselmeyer’s Assistants, but as the play goes on, he transforms into the Nutcracker Prince.

Charity said, “It was the most amazing thing to find out that he was chosen for the part. It’s one those things you feel proud to see him do.”

Last year’s performance marked Thomas’s third year in the Nutcracker and was a successful debut for Issac who starred as one of the party boys in Act I of the play.

Currently, Thomas and Felix are the only two known performers from a tribal community to be cast in the Nutcracker.

“It is an honor,” Charity said, in seeing her two boys representing the Community, “It is a very special addition to the play and is a big accomplishment.”

At 11 years old, Richard is an active student in his school and often practices in the Osborn School District after school ballet program for three days out of the week for three hours.

In some cases where there is a performance coming up, he will put in an additional three hours to be ready before showtime.

Charity said Richard’s opportunity to increase his ballet skills was made possible through being awarded a scholarship to attend the School of Arizona Ballet and since then he has shown a lot of intuitiveness.

What sets Richard a part from the other male dancers is his braided hairstyle that allows him to express his American Indian heritage.

Issac takes after his older brother and quickly distinguished himself as a talented ballet dancer.

When asked about being nervous Richard said it doesn’t really bother him, because his concentration is on getting the routine done correctly.

The School of Ballet Arizona offers classes for students of all ages that have an interest in learning concepts and training in classical ballet.

Isaac is studying ballet in an after school program in Phoenix and is in the third grade at Encanto Elementary School.

This isn’t the only time Charity has had two of her children performing in ballet, her daughter went through the same ballet program for three years under the close tutelage of well-known ballet instructor Camden Lloyd.

“Richard is thinking about pursuing a career in ballet, but Isaac hasn’t really decided if he wants to do the same thing,” she said, “I’m happy with what ever he wants to pursue, as a single mom it is hard, but I have a lot of support from close friends.” 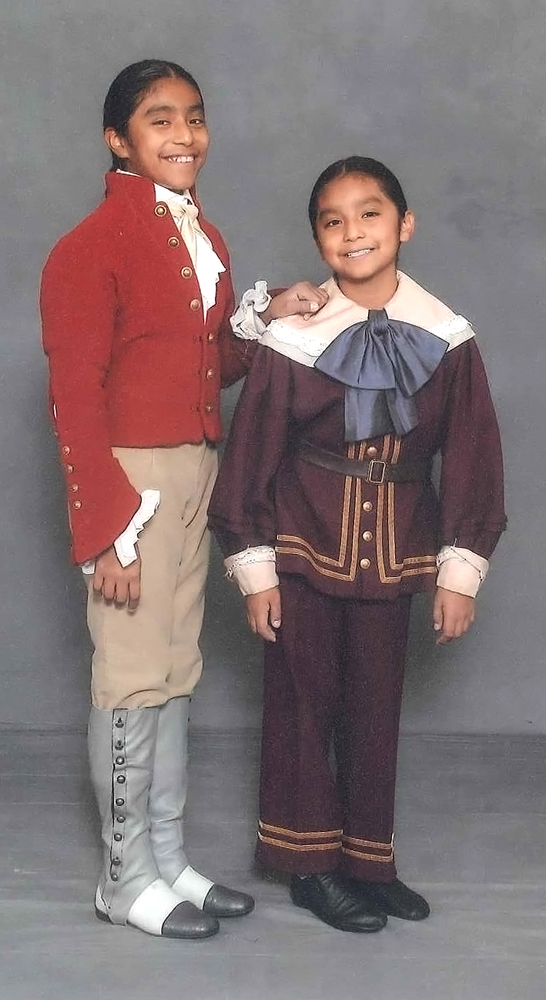