The Gila River Indian Community received a boost in education funds courtesy of the Arizona Coyotes.

The Arizona Coyotes donated $5,000 to GRIC during the first period intermission in a game against the Calgary Flames at Gila River Arena in Glendale, Ariz. on Feb. 12.

Gov. Stephen Roe Lewis, Lt. Gov. Monica Antone and representatives from Gila Crossing Community School and Education Standing Committee were present to receive the generous donation from the Arizona Coyotes that will fund the Science, Technology, Engineering, and Mathematics program at the school.

In a pre-broadcast airing on Fox Sports Arizona, Gov. Lewis along with sportscaster Todd Walsh did an overview of the Arizona Coyotes donation to the GCCS.

Included in the evening ceremonies, before the dropping of the puck the Ira H. Hayes American Legion Post 84 presented the colors as the National Anthem was played.

“We are really raising youth leaders and we are looking at ways that we can really elevate them through education,” said Gov. Lewis. “The funding will provide opportunities for the students to work year round in creating their own robotic models and participate in local and state STEM competitions.”

The evening wasn’t just about the donation of funding for the STEM program, but was an added bonus for some of the GCCS students, because they will be the direct beneficiaries of the donation.

With the funding GCCS plans to expand their robotics program, which is in partnership with Honewell and receives cross sharing of information from the Sacaton Middle School robotics program.

“We plan to get five more robotic kits to add to the three that we already have. We would like to go and compete at RoboWave in Albuquerque,” said Karen McQueen, GCCS STEM and robotics instructor.

The 24 students, who are in GCCS’s gifted and talented program, meet regularly on Friday evenings and sometimes Sunday.

“As we go along it will be a great experience for the students, because they will be able to put their robotic skills to the test in Albuquerque,” said McQueen. 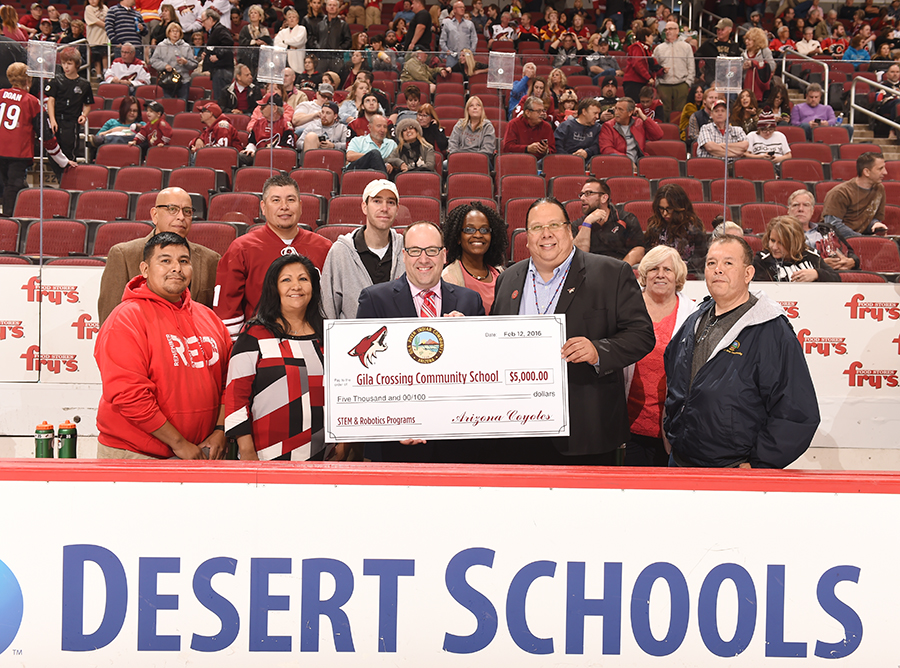