The 2016 Casa Grande Cowboy Days & O’odham Tash Pony Express stopped by GRIC on the morning of Feb. 5, inviting the Community to the event’s festivities.

“We reach out to all of the surrounding communities inviting all the dignitaries to the [rodeo events],” said Deb Eve, Chairman of the Pony Express group. “We like to get the kids involved by [collecting their] letters and we put these letters in the mail bag…and it goes through the whole ride with us and in the end all these letters will go back to the Casa Grande post office.”

The annual invitation by the Pony Express group has become a custom over the years and was started more than 25 years ago by former Gilbert Post Office worker Charlotte McGrew.

The customary occasion acts as a promotional event for local communities to join the annual Casa Grande Cowboy Days & O’odham Tash, which was held this year from Feb. 12-21.

“We would like to thank [GRIC] for all of their continued support throughout all of the years,” said Eve. “Allowing us to come up…and be a part of [the] community, and we appreciate the hospitality [shown] every year. 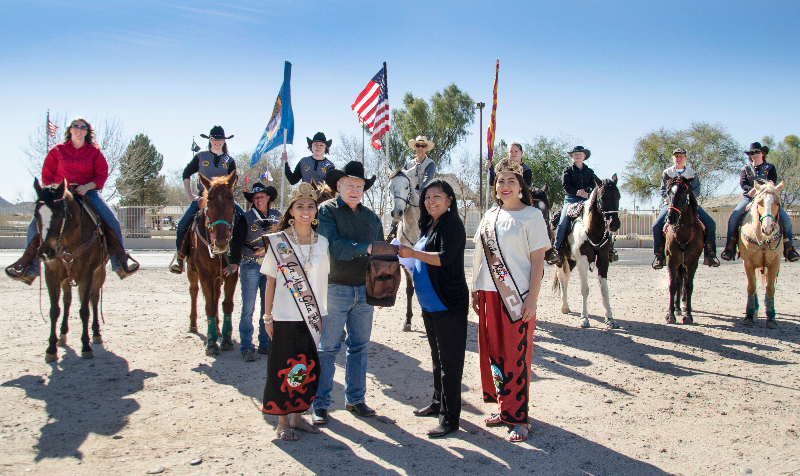