A local business is bringing smiles to children on Christmas morning across the Gila River Indian Community.

At Revolution Cheer, a Casa Grande business owned and operated by District 1 Community member Sonja Luevano, they are bringing awareness to those in need each year during the holidays.

More than 200 participated in the cheerleading and dance competition “Cheers for Change 2015” at Vista Grande High School in Casa Grande on Dec 19.

For the 350 spectators who came to the event, their only price of admission was an unwrapped toy.

In it’s third year, they collected more than 350 gifts that will be distributed by GRPD officers to children in the Community.

Before starting her business and organizing the “Cheer for Change” charity event, Luevano was a cheer coach at Vista Grande High School and came up with the idea to raise funds for the cheer program.

After the success of the first event she realized it could open the door to other opportunities.

“I knew we could reach out further than what we were doing. We decided to pick a program each year to donate to,” said Luevano.

For the first year of the event in 2013, they collected more than 300 gifts for the “Toys for Tots” foundation.

She said at this year’s event they gave out 44 awards in 30 different divisions and categories.

In addition, “Officer William Lewis was critical in the organization of the receipt of the toys and even participated in the event as Santa Claus,” said Luevano

Since the event has grown in just three years Luevano said, “It is an amazing feel-good event.  We have multiple Community members and Community Members’ children on our teams who will perform in the competition.” 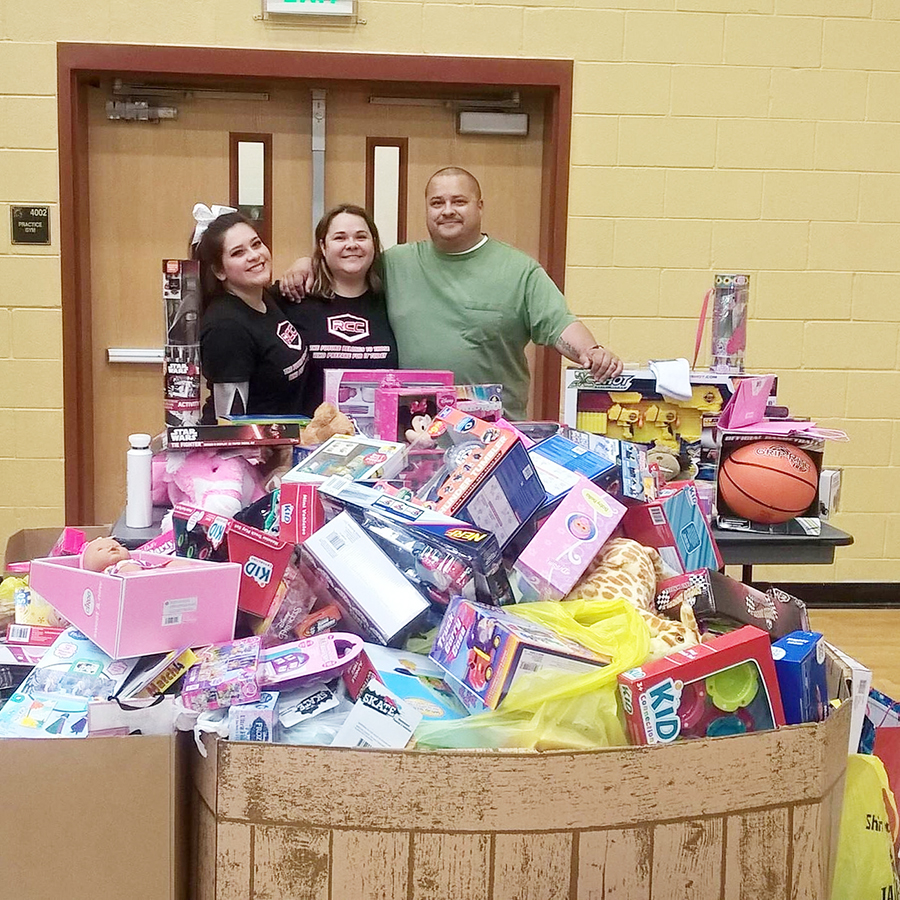