Two concrete walls intersect the building on a narrow angle down the middle. From the south entrance they diverge northward to present a view of the San Tan mountains and “Yellow Peak” as only Hashan Kehk can.

The District 2 Multipurpose Building is designed to reflect the identity of the community it serves.

Earth tones wrap around and permeate the building with varying shades of green to represent cacti and browns to represent the desert. Floor-to-ceiling windows welcome natural light and open the space inside. Patterns on the walls mimic those found on a saguaro or in a woven basket.

The D2 community worked closely with architects from Orcutt | Winslow, providing input on the layout of the community center, colors used and textural elements.

The new facility is a major upgrade from the district’s previous service center, which was a modular building. D2 Coordinator Jeanne Gomez said the community loves it and makes good use of the amenities it offers.

“The [youth] love to come here,” she said, and the elders enjoy their own space in the Elder Center downstairs and appreciate the convenience of being directly connected to the main service center, an elevator ride away.

But, said Gomez, “This building is not just for District 2.” People from all over the Community visit the center for events and recreation activities like Zumba. In 2014, the Community celebrated the 10th Anniversary of the Signing of the Community Water Rights in the newly opened facility gymnasium.

The building was completed in October of 2014 and last year it was recognized by two national organizations for its uniqueness and ingenuity of design.

The American Institute of Architecture gave it the Arizona Distinguished Building Award of Merit and Engineering News-Record’s Southwest region awarded it top prize in the Government/Public Buildings category.

Arviso Okland Joint Venture Projects was the general contractor for the construction of the building, which is owned and managed by GRIC Tribal Projects.

The quality of the project is more astounding in light of the challenges faced in its construction. The building design was already in the books and the construction teams were ready to get to work when the budget was suddenly cut by $4 million.

“We had to go through and do a ton of value engineering just to get that building down to about $9.9 million, and we did that,” said Tribal Projects’ Howard Reno.

In fact, the final cost was a little under $9 million, saving the Community an additional $1 million even after the budget reduction.

Numerous design elements were adjusted for cost, either by swapping out one material for another or reformatting the construction process.

“One example is the concrete walls, the two tilt panels that focus the view towards Yellow Peak,” said architect Stacia Ledesma.

They were originally intended to be built vertically from the ground up, with a very specific look. But to save money they were formed in panels on the ground, stamped and then tilted up.

“We had to be creative,” said Ledesma, and “offsetting the horizontal pattern of the boards with the vertical pieces just re-emphasized the texture of a basket and cactus. So I think the end result was actually better.”

The group also found cost-savings by changing the materials in the exterior skin of the building as well as in some ceiling panels. While a lot of changes were made to cut costs, the spirit of the project remained the same and the intent of the design was not lost in the final product. 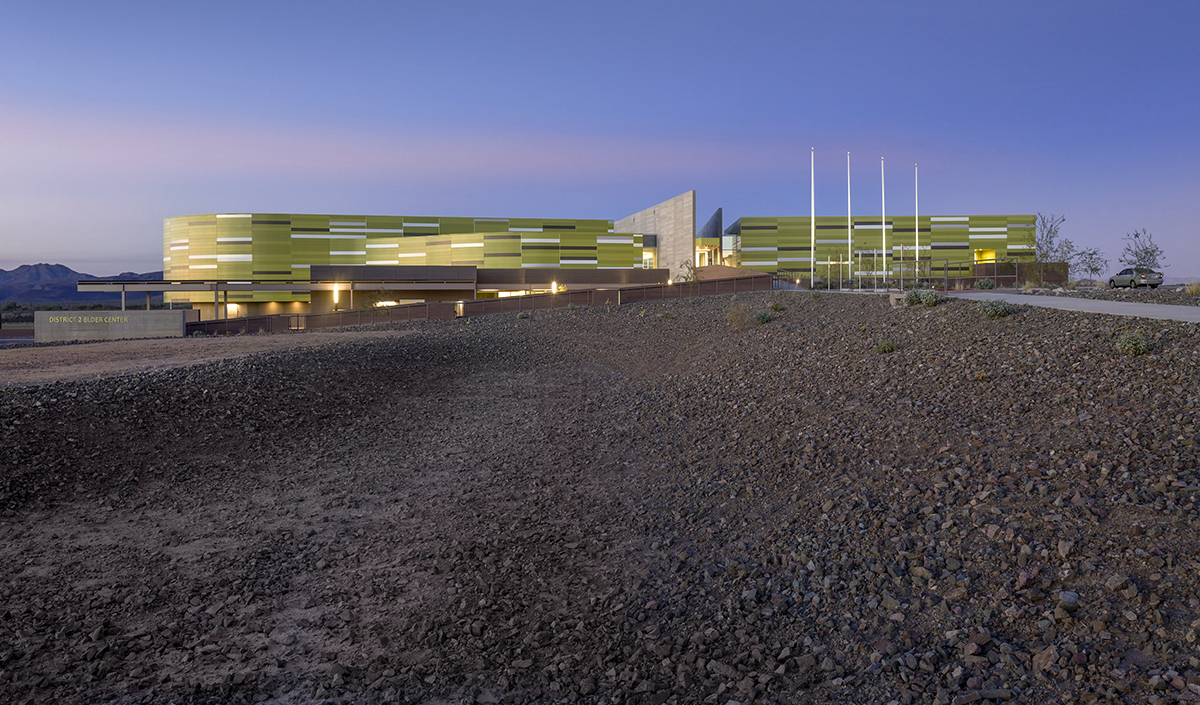 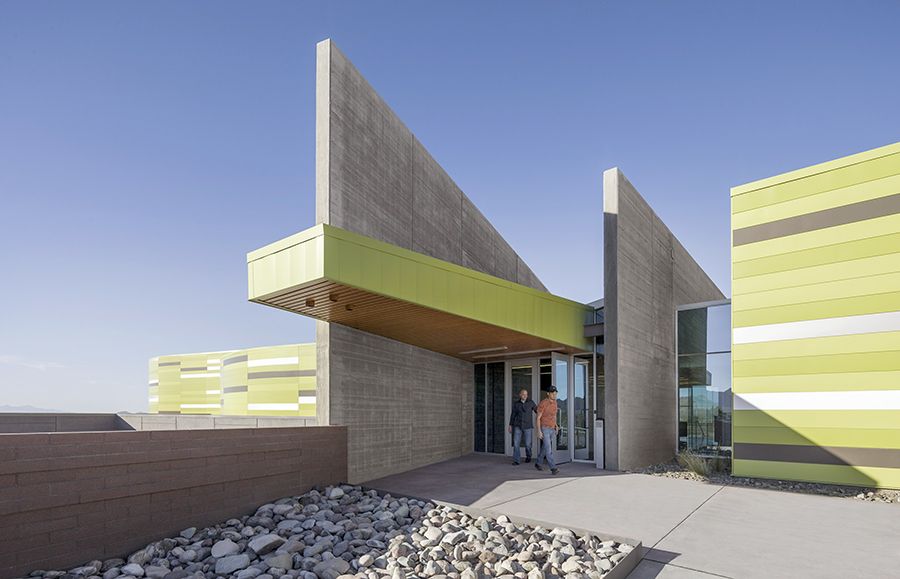 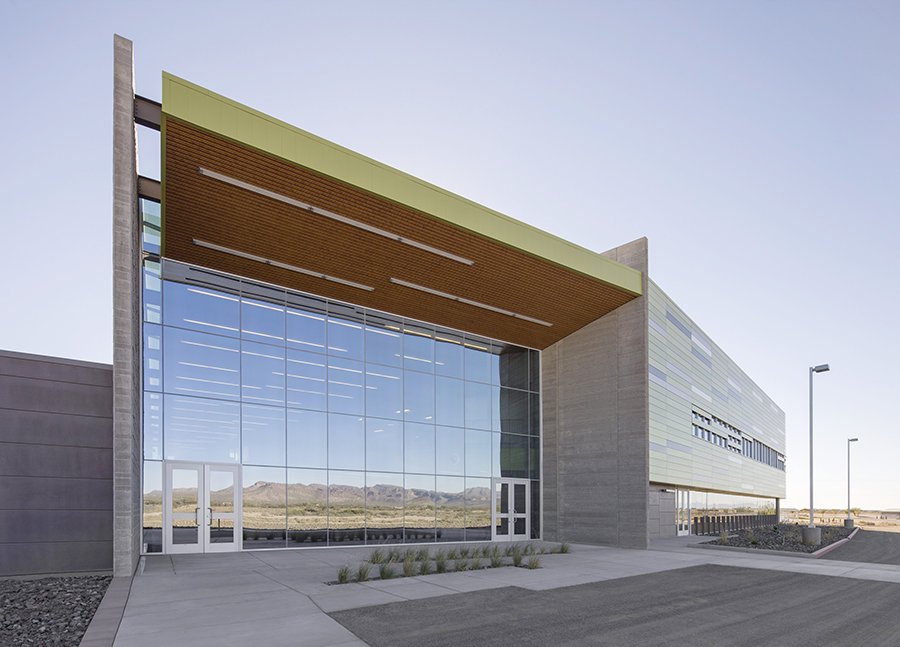