As the baithaj harvesters picked their fruit from the tops of the towering cacti, a layer of clouds shielded them from the harshness of the sun, signaling the sky-bound treasure of the coming rainy season.

The ripening of the baithaj (Saguaro cactus fruit) marks a significant time of the year for the O’otham. This is the turning of the season – field planting is done; rain is soon to come. O’otham mark their New Year with celebrations, prayers, and baithaj picking.

The baithag is the fruit of the ha:shañ (Saguaro cactus). Baithag and baithaj refer to the same thing, but baithag is used when the fruit is still affixed to the cactus; baithaj is the fruit after it’s fallen.

For D3 residents, this is the first baithaj gathering to happen in a long time.

“This is our first annual ha:shañ baithaj harvest for the District 3 community,” said Tammy Histia, one of the O’otham Language Class instructors. “As [long] as I’ve…lived in District 3, we’ve never had a harvest and I’m glad that the O’otham Ñeok Class had a chance to come out here and experience harvesting.”

The O’otham Language Class is open to the public and language learners of all ages; you don’t have to be from District 3 to attend. Histia and Anthony Gray teach the classes on Thursday evenings at the D3 Service Center. They are also the Cultural Coordinators for the Tribal Education Department.

The class met on the evening of June 16 for a special lesson about the baithaj and how to make a ku’ipad, which is the long pole used to knock down the baithag.

Robert Johnson of the Huhugam Heritage Center, Language Department, has been helping many districts plan their baithaj harvests for many years. He brought a number of hand tools and taught the participants how to cut the vap’pai (Saguaro cactus ribs), sand them down and bind them together to make longer poles. He also showed them how to attach the machchud, the crosspiece on the end of the poles that gives the tool its pushing and pulling power.

Johnson said that to the O’otham, ha’ha:shañ are like people, and should be treated with the same amount of respect and dignity you’d give to a friend or relative.

The next Thursday, the D3 group met up at the service center again, this time as the sun was rising, and drove to an area of desert where ha’ha:shañ flourished.

“Now when you get your first baithaj, you’re going to put some right here on your chest, and you’re going to bless yourself,” said Johnson. Everyone standing around him grabbed a little red pulp from the center of a baithaj and rubbed it just below their necks.

Johnson, an elder from District 4, has been exploring our desert landscape for more than half of his life and uses desert plants for traditional purposes. There is more to the desert than meets the eye.

The Saguaro cactus fruit is a delicious product of our desert’s most recognizable succulent, and birds enjoy it as much as we do. Many of the plump, red baithag tricked the people, who knocked them down only to find a hole in the side of the fruit where a bird had already gotten to the tasty inside.

In late April to early May, the ha:shañ hiosig (Saguaro flower) blooms. “After pollination, the flowers dry out and the baithag starts to ripen,” said Johnson.

The baithag are ripe when they are red on the ha:shañ and beginning to burst on their own. After pulling down a few of the fruits, the people cut them open with a gagithaj to reveal the juñ (the edible part of the fruit) inside. A gagithaj is the stem of the Saguaro flower. It has a very sharp edge and is perfect for cutting the baithaj open.

After opening the baithaj, the red fruit is slid out of its shell, into a bucket.

When the fruit is cut open and all the pulp is collected, Johnson instructed the class to lay the eldag (the fruit’s rind, or skin) on the ground with the open side face up, toward the sky. This is a prayer, asking the Creator for rain to come nourish the land, he said.

The group harvested as much baithaj as they could in the sunlight of the early morning hours. All of the baithaj fruit was collected into one bucket and will be made into sitol, a desert treat and a fantastic natural sweetener.

Johnson said a major part of making the baithaj harvest available to Community members is to hopefully bring out more children to teach them about their culture while they are still young.

Serenity Gray, Anthony’s 10-year-old daughter, said this was her first time on a baithaj harvest. She said she had a lot of fun reaching the tops of the ha’ha:shañ and learning how to get the fruit from the cactus.

Baithaj picking is a time of purity and prayer, said Johnson. “Our hearts are good, we think good thoughts, and…when we put the eldag up like that, we’re asking for rain from the Creator.”

This time of year, groups and families from around the Community go out into the desert to harvest the cactus fruit. There is still a little bit of time left before all the ripe baithaj are gone. Histia and her group are going out again on Saturday, July 2 near the Sacaton Mountains. If you’re interested in joining the group, call Histia at (520) 562-3662, extension 230. 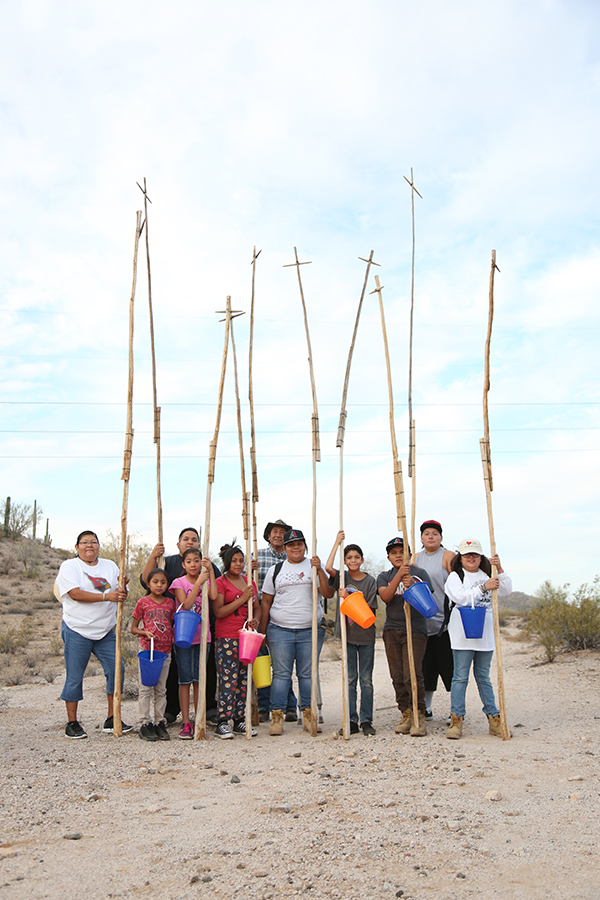 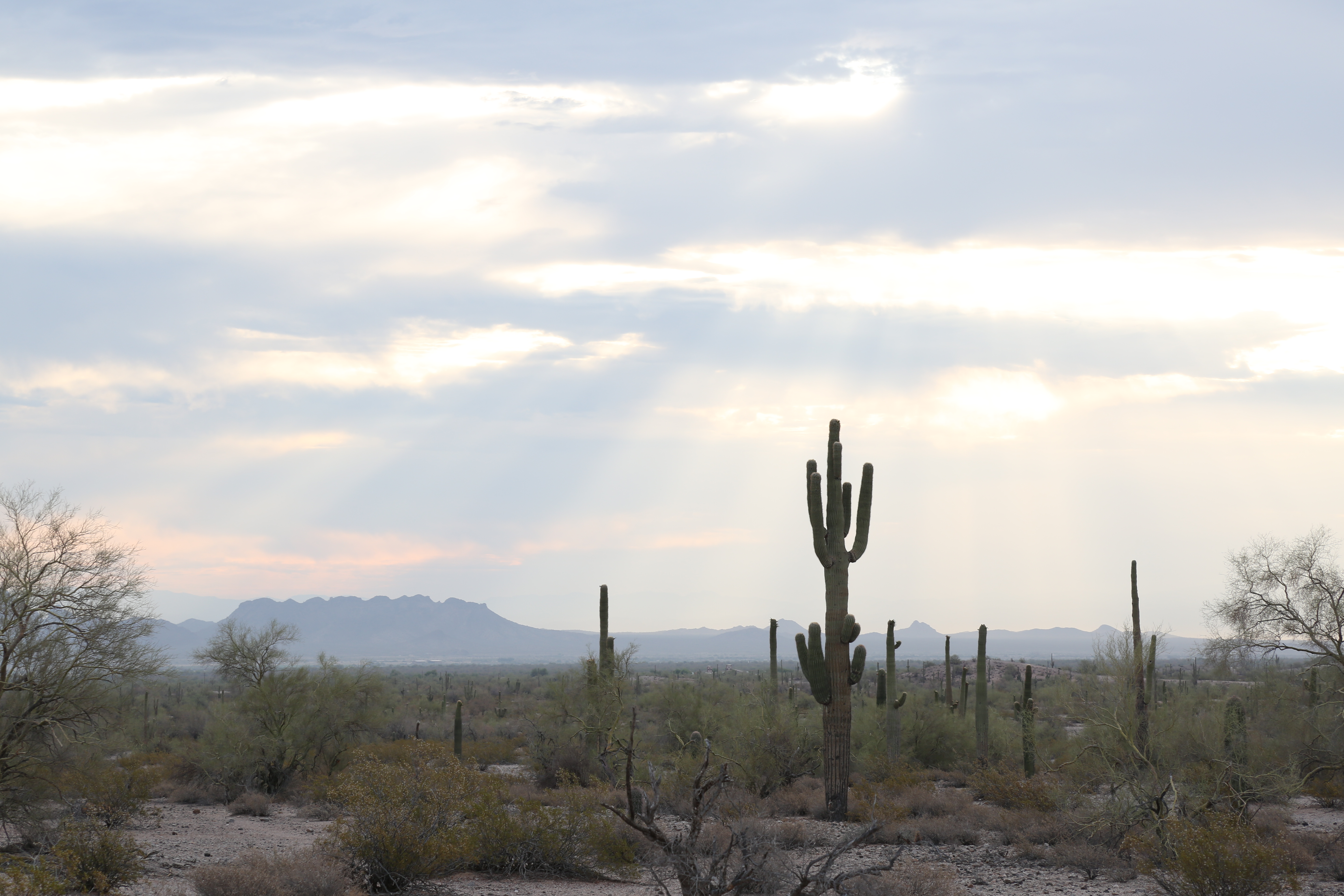 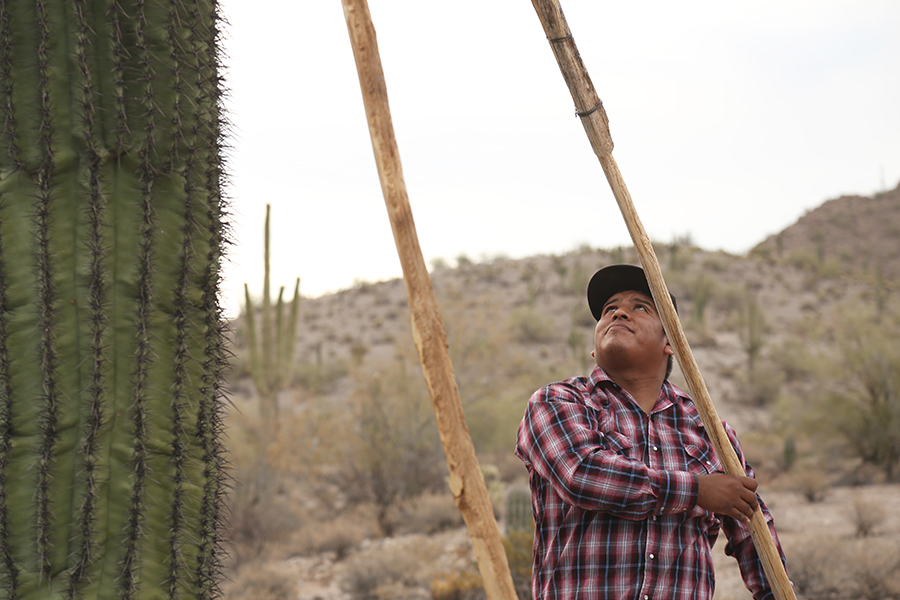 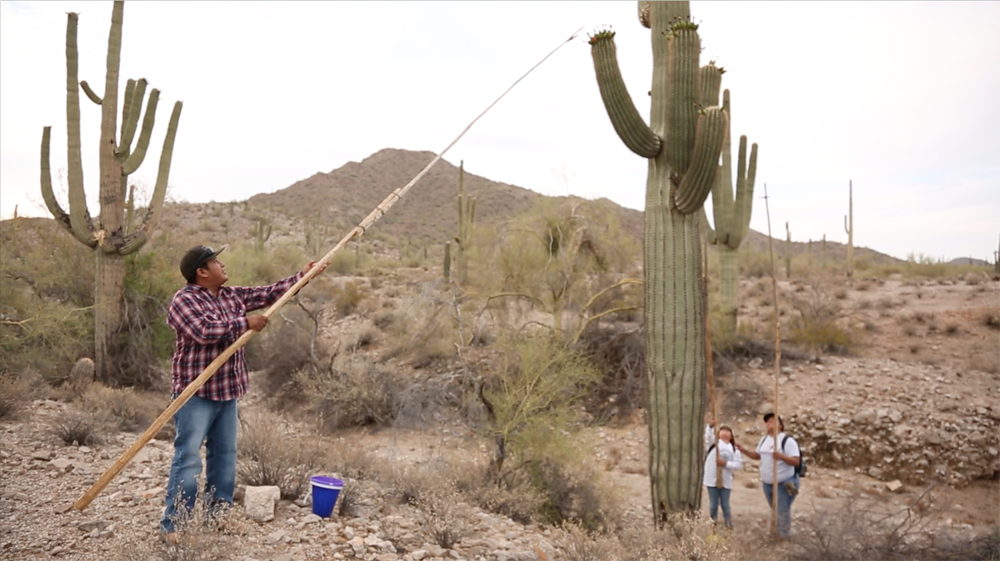 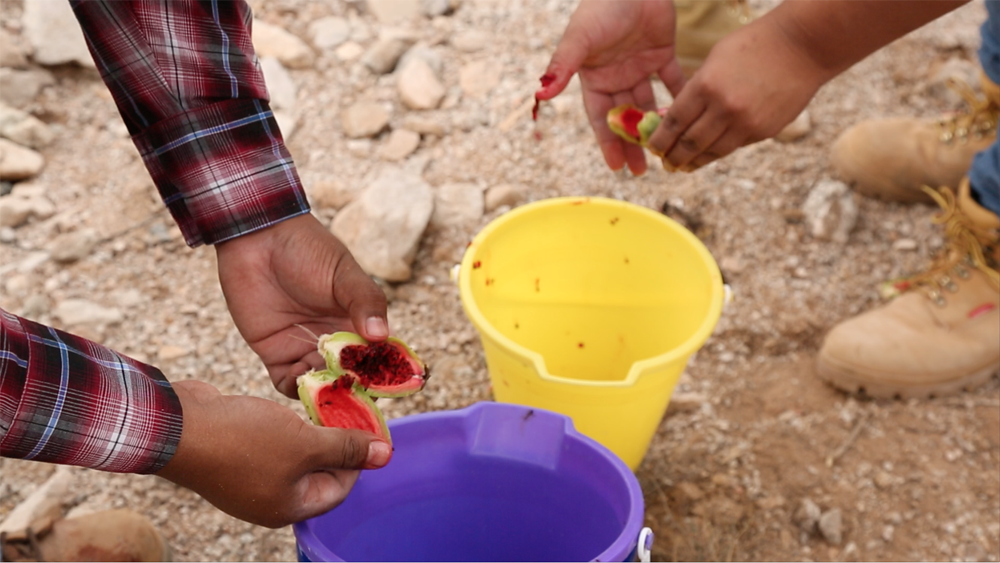 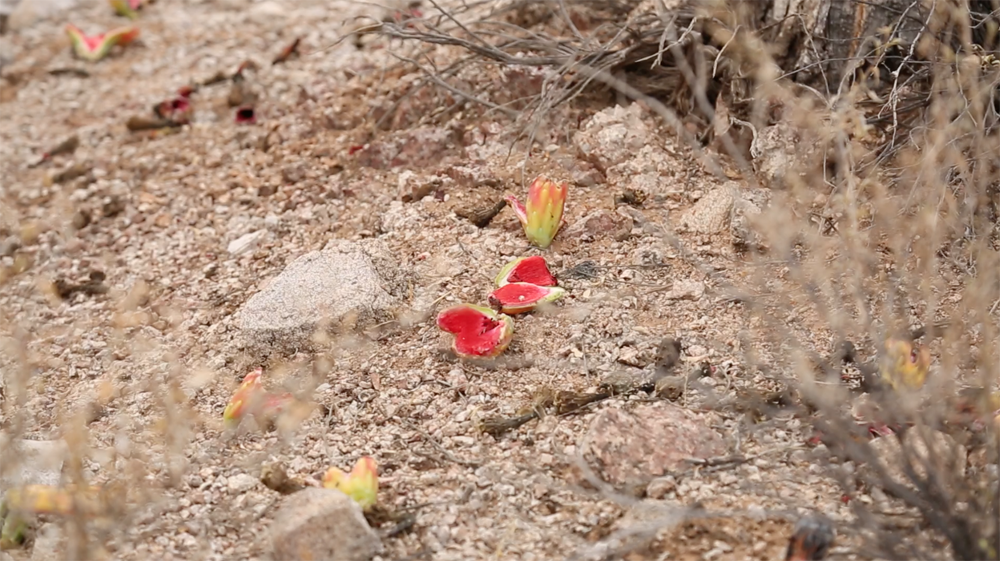