As a boiling hot Arizona sun beat down on the Gila River Indian Community and most people were taking shelter indoors, the Community’s youth were out en masse at Sacaton’s skate park, June 21, for Go Skateboarding Day, an annual worldwide skateboarding holiday.

Around 60 skaters and spectators participated in the skateboarding event, which featured timed races, trick competitions and prize giveaways.

The event was held at two locations with the first half of the competition taking place at Sacaton’s skate park and the second half at the old Gila River Fire Department parking lot where volunteers setup makeshift skate ramps and grind rails.

Skaters of all ages, from 30-somethings to the very young, joined in on the fun as family, friends, and a Gila River Fire Department engine crew watched the skaters preform a variety of tricks.

Gale Whitson, who came to the event to watch 15-year-old local skater Taymen Chatlin take part in Go Skateboarding Day, was surprised at how good many of the young skaters were.

“I think it’ s pretty cool. It must take a lot of practice for them to get up that high,” said Whitson of the skaters launching themselves off ramps and into the air.

“I remember when Taymen was small and just starting out, it was very hard for him,” said Whitson, “He would say ‘I can’t do it’, but I would say, ‘You have to try, you have to keep practicing until you get it right, because that is what it is [all] about. If you want to become better, you need to practice,’” she said.

And it appears that Chatlin took Whitson’s words to heart.

As the event drew to an end, Chatlin tirelessly tried to land a 360 Flip to win the best trick competition. Time after time he attempted the challenging trick to no avail, at times almost landing the trick while at other times crashing hard into the ground.

Finally, as the event was moments away from ending, Chatlin raced towards the wooden ramp one last time.

The crowd watched in near-silence as he charged up the ramp and into the air, flawlessly performing a 360 Flip and landing solidly back on the ground. Cheers erupted from the crowd and event host Reuben Ringlero congratulated the young skater for winning the best trick competition, earning him a brand new Cowtown skateboard.

When asked what it felt like to finally land the trick he had been working so hard to pull off, Chatlin said, “It felt great, really great.”

The Gila River Fire Department engine crew handed out Cowtown skateboards to the competition winners and tossed a variety of additional prizes to the crowd.

The event was hosted by Seven Layer Army and the Gila River Wellness Center and sponsored by Gila River Sand & Gravel and Cowtown Skateboards. 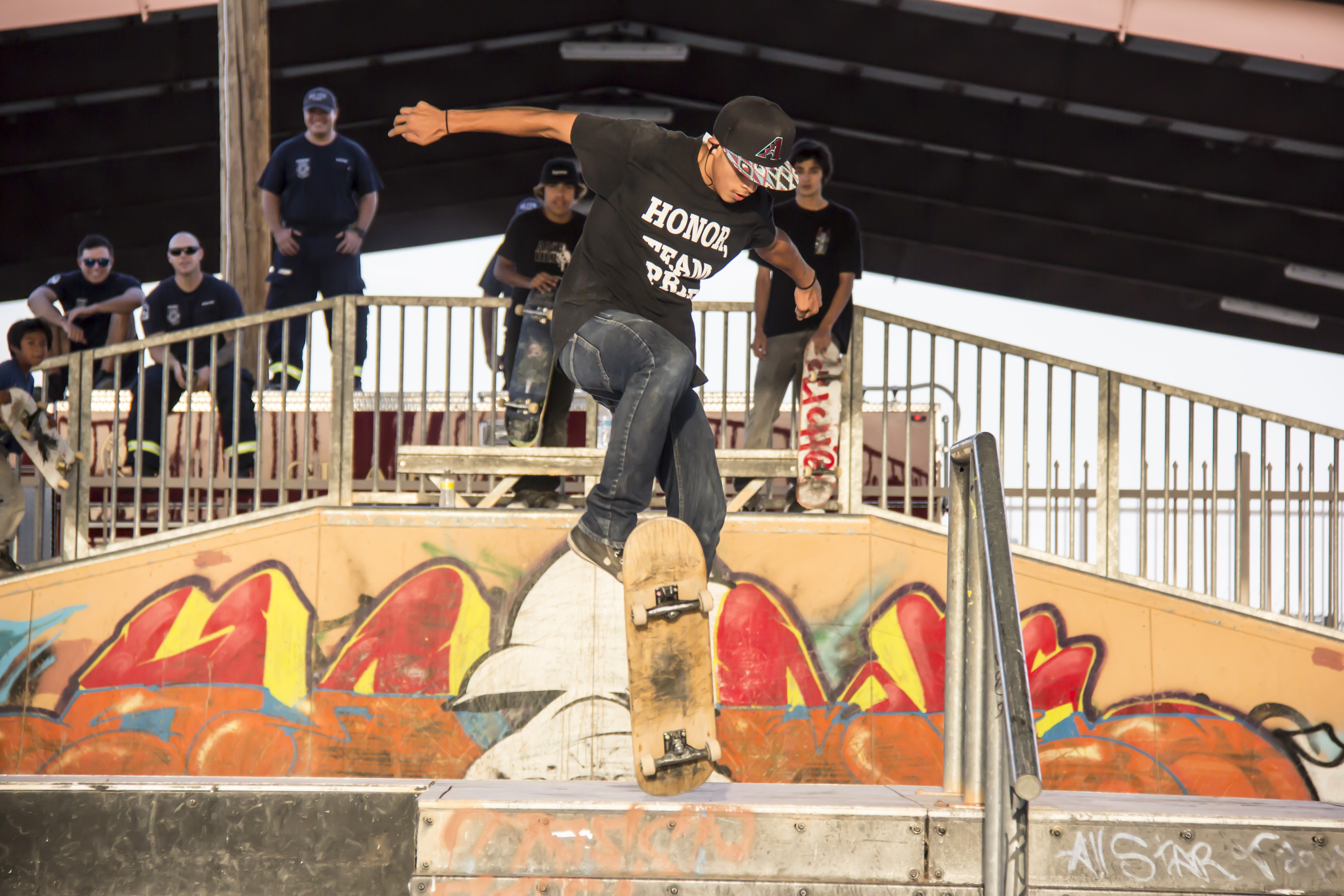 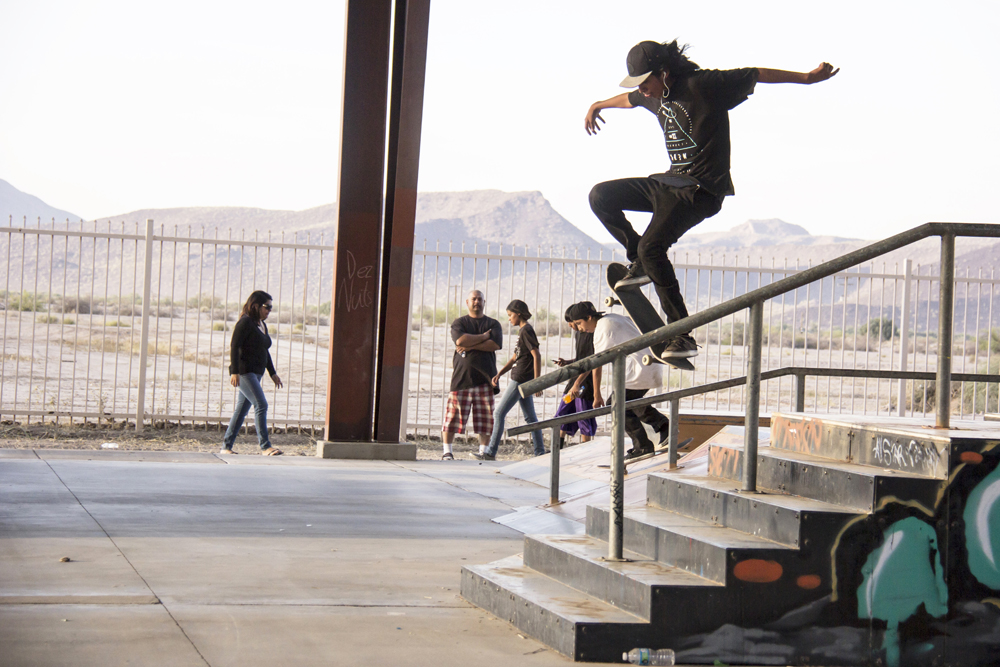 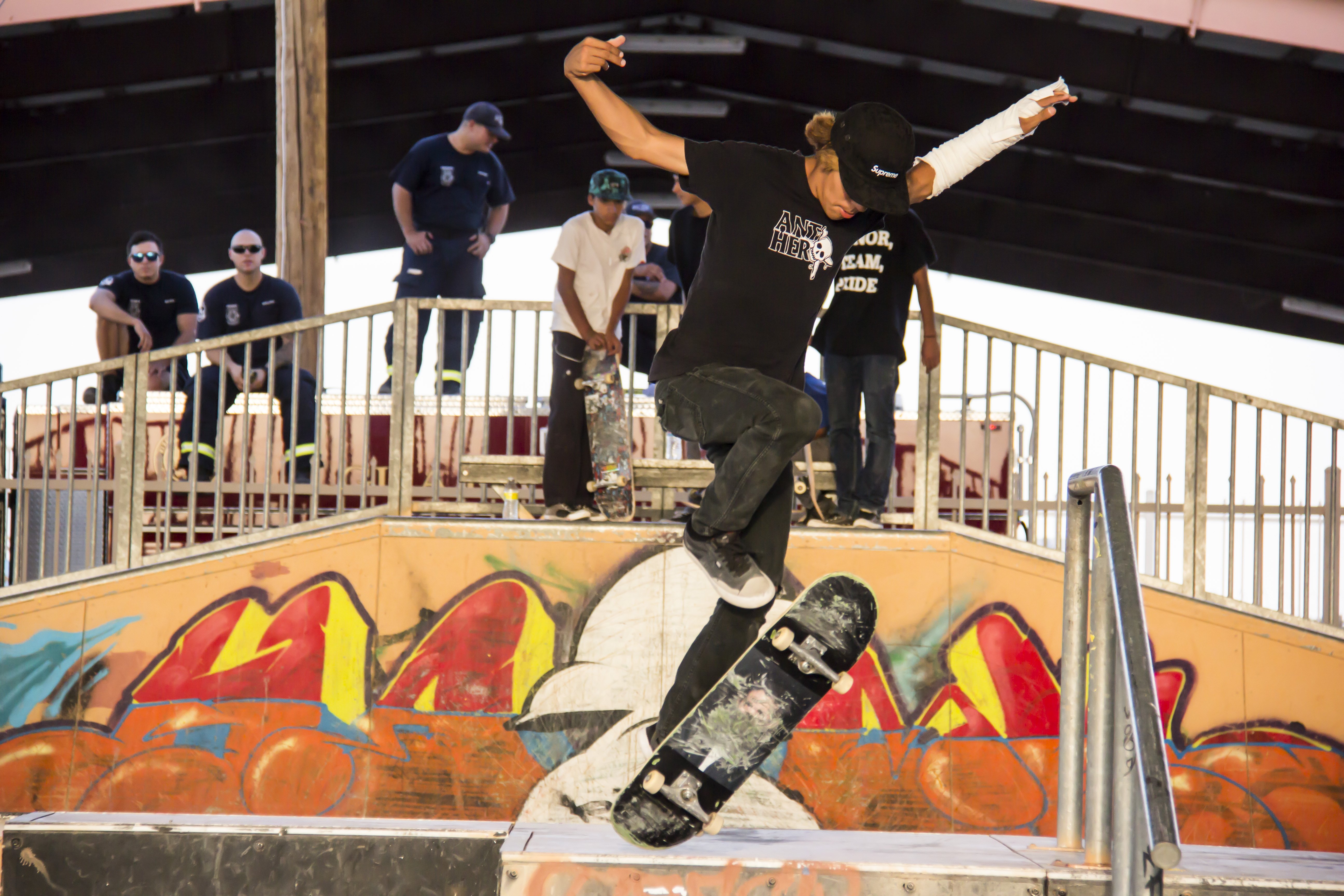 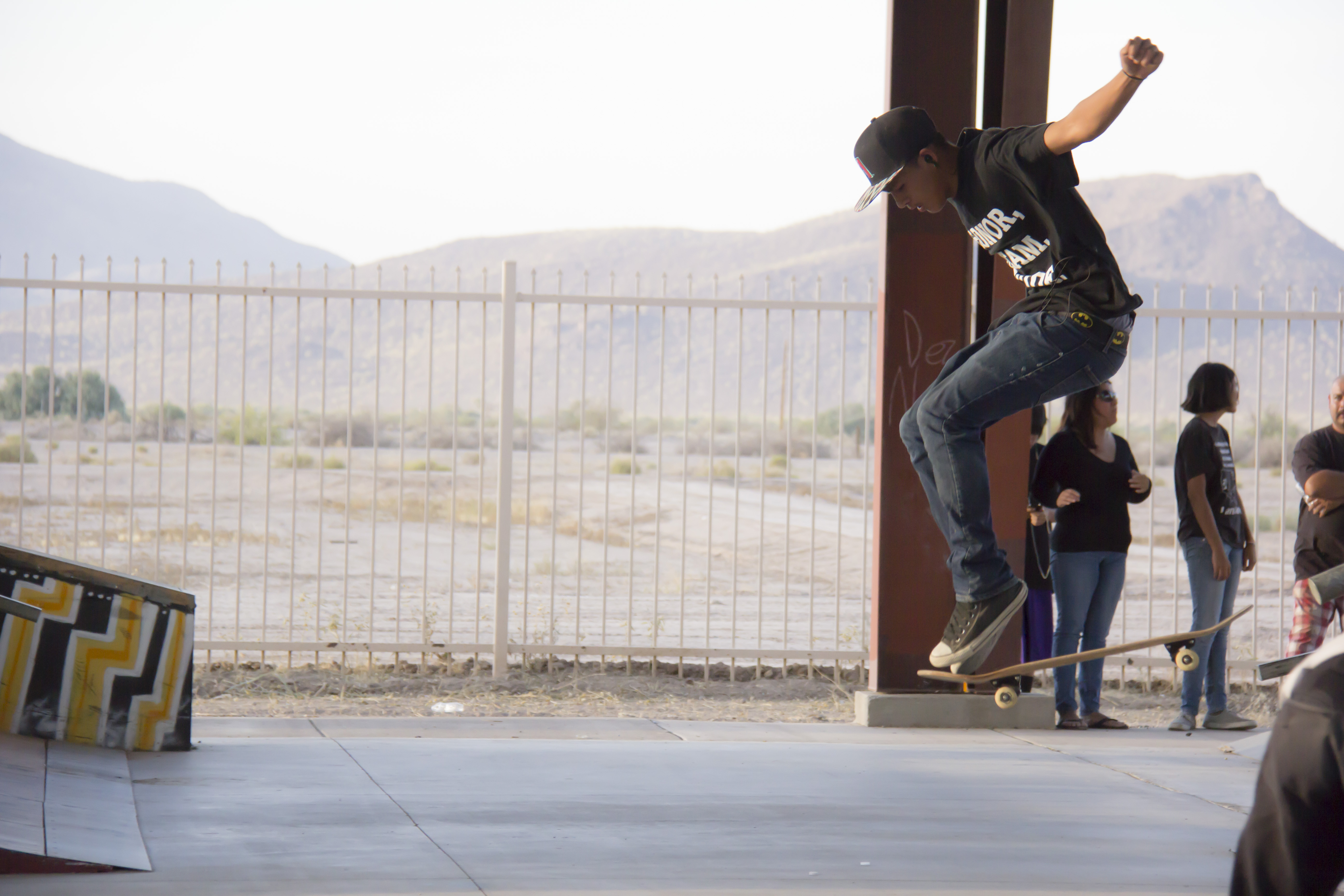 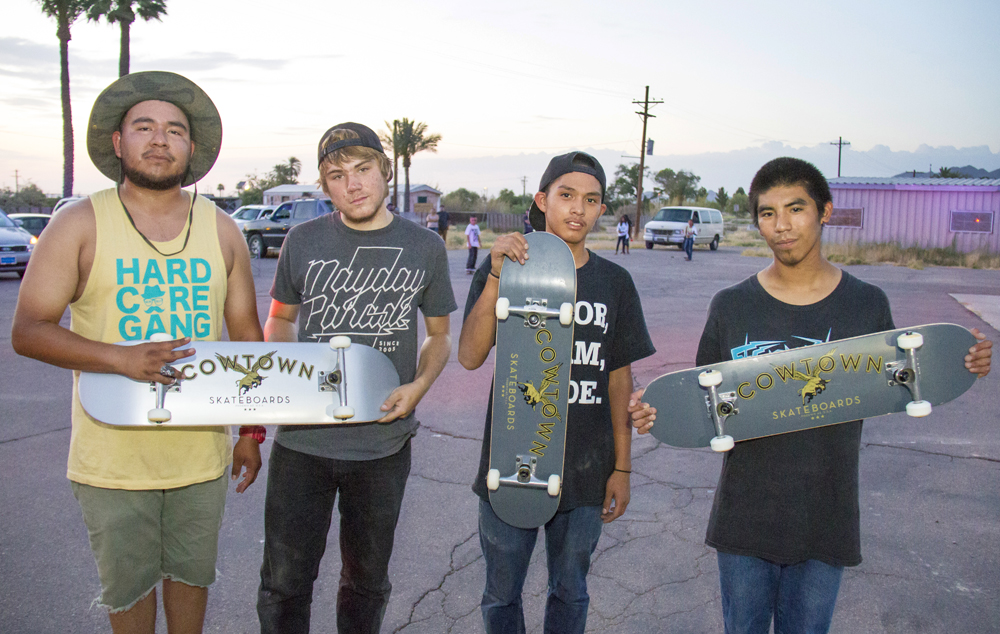 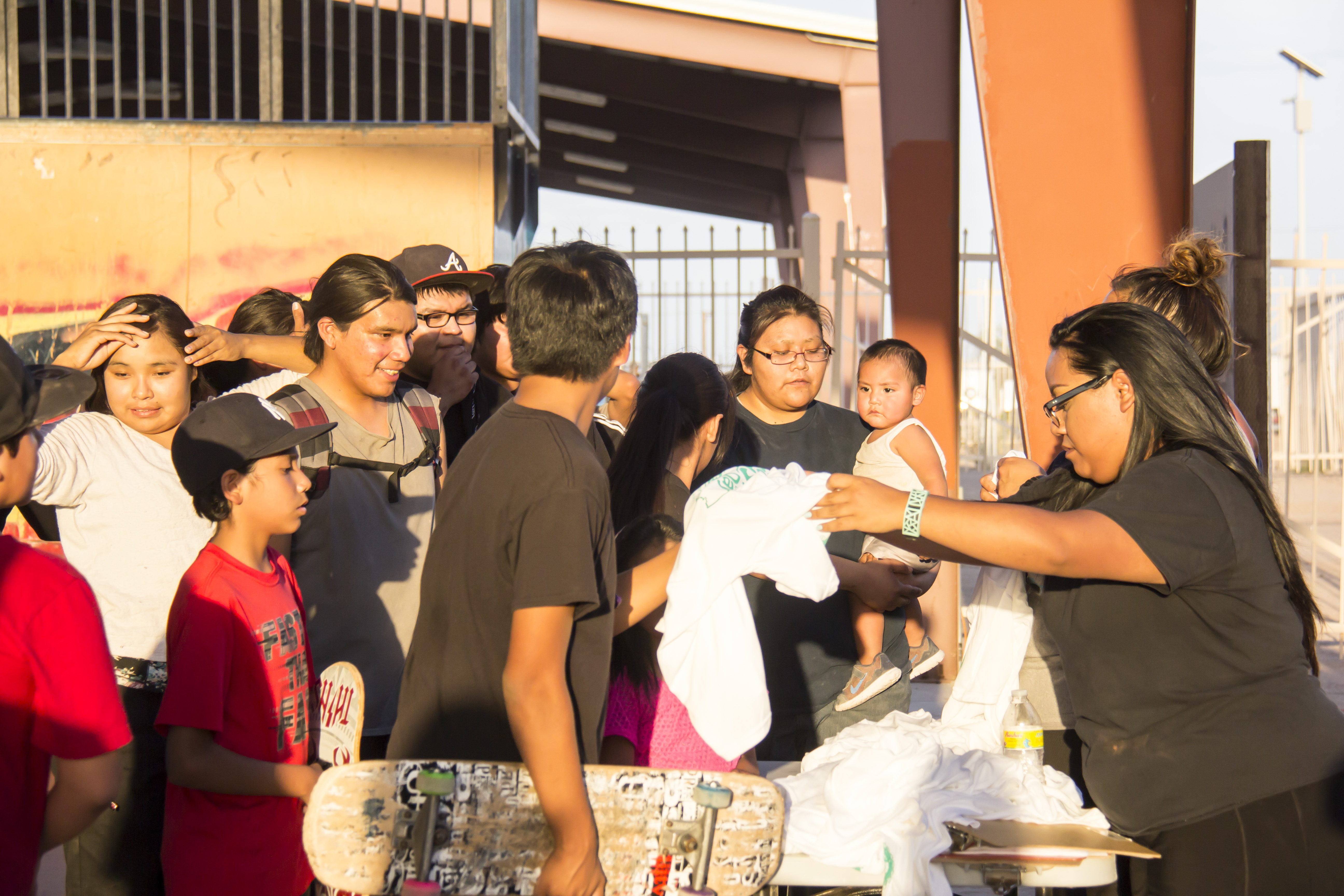