The Gila River Indian Community received praise from a non-profit organization that helps firefighters train to work under demanding conditions as they fight against wildfires.

Fighting wildfires is no small task and requires highly trained fire crews to employ skillful tactics to preserve life, property and to prevent forests from being reduced to heaps of ash.

The Arizona Wildfire Academy Executive Director Tony Sciacca, who oversees the training center located in Prescott, Ariz., went before tribal council to personally thank the Community for their grant funding on July 6.

The academy was started 2002 after the Rodeo-Chediski fire, which devastated 468,638 acres of land in East-central Arizona.

When the Rodeo-Chediski fire blazed its path across large tracts of land and homes, many of the responding agencies experienced difficulty fighting the inferno that became a logistical nightmare moving personnel and equipment from various fire agencies.

The academy wants to make sure firefighters are trained in the latest tactics before getting deployed to the next big blaze. The academy focuses on incident management, because the life of their crewmembers may depend on it and to reduce the chance of injury or death.

The Community-sourced grant helps fund scholarships that allow wild land firefighters to apply and get accepted to attend the academy, which is beneficial to small rural fire agencies that may not be able to pay for personnel training.

Sciacca said the Community is partially responsible for training over 3,000 firefighters, and has allowed them to accept students from across the Arizona and neighboring states.

In appreciation for the Community’s contributions, Sciacca presented council with a plaque and keepsakes that are handed to academy graduates. 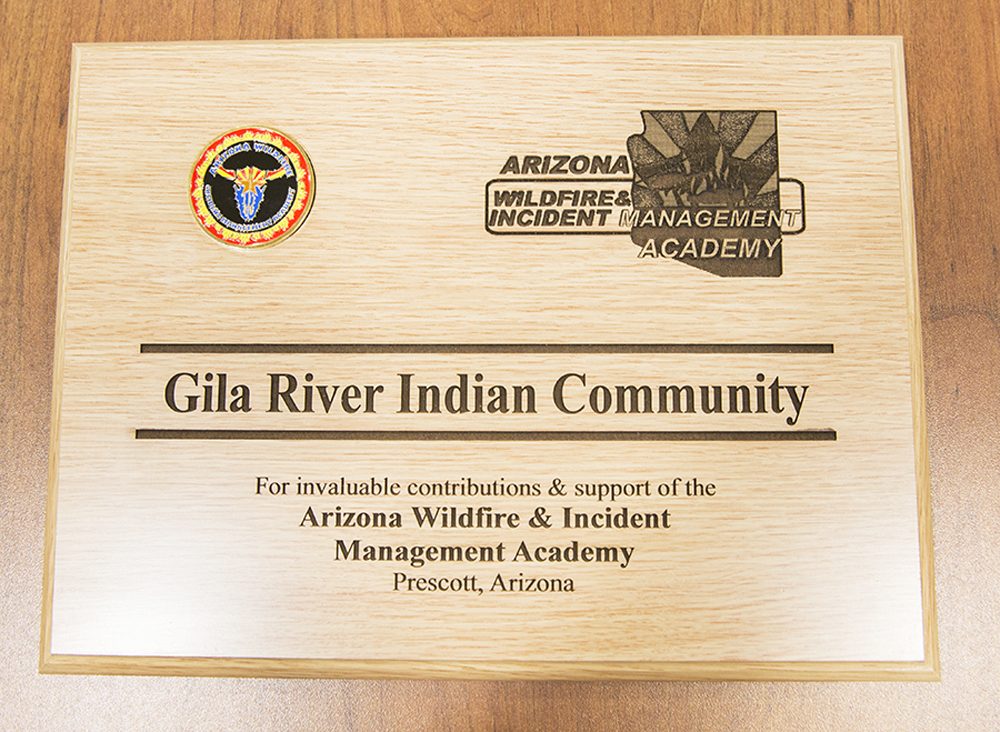