George Pettit is a Cherokee native born May 30, 1925 in Bunch, Oklahoma. His parents were Pearl and John S. Pettit. He has two siblings; one a half-brother and one full brother named John Lee Edwards. Before he enlisted, he started working at eleven years old cutting lumber for fence posts and railroad ties. He also did a lot of fishing in his spare time. Pettit said that, “life was hard”, growing up in Oklahoma.

Around the time he turned eighteen years old, he and many residents in his area heard the war was starting over the radio. He then made the decision to serve in World War II. Pettit was the smallest in his family compared to all his husky relatives who teased him about his decision.

His life in the United States Navy began on August 24, 1943. He left to San Diego, California by bus to boot camp. For six days he traveled from Oklahoma to California where he trained for 7 weeks. He would also send money back home to his mom. George says that life in the Navy, when compared to life in Oklahoma, was easier. He enjoyed his time in the Navy.

After boot camp, he earned nine days leave. He traveled for three days to Oklahoma. Spent three days at home; then, he traveled three days back to California. After returning to San Diego, he left for Hawaii where he would then catch his ship.

Pettit was put on the USS Phelps – a Porter class Destroyer on May 39th 1944. The USS Phelps sailed for Kwajalein where it joined Task Force 52 for the assault on Saipan, Tinian and Guam. They continued on for Eniwetok [Atoll]. Along the way, the USS Phelps was wiping out enemy gun emplacements. Pettit remembers spending twenty-one days outside the island of Saipan. He recalls seeing other ships get hit from Japanese war planes and spending the majority of the time chasing the Japanese around the island.

He said that at one point he witnessed a cruiser being hit by Japanese war planes. He said he was sitting in the back of the ship when he heard a plane approaching. There was a plane flying low to the water so the radar couldn’t detect it. He witnessed the war plane torpedo a cruiser killing 400 sailors. After all that, he said the plane began to fly toward the other ships, but they saw the tracers from the other ships shoot down the plane. During their engagement with the island, the USS Phelps was attacked with two direct hits from accurate fire from an enemy shore battery. Sixteen men were injured.

After they received damage, they returned to Hawaii to repair the ship. Pettit received his discharge on January 15, 1947. He served on the USS Phelps, the USS Doran, and the USS War Hawk. He left with ribbons and medals including: Asiatic Pacific ribbon/medal with three stars, American area, World War II Victory medal, and the Philippine liberation medal/ribbon with one star.

He was twenty-three years old when he returned home to Oklahoma. He married Lorraine, his first wife and had his oldest daughter with her. 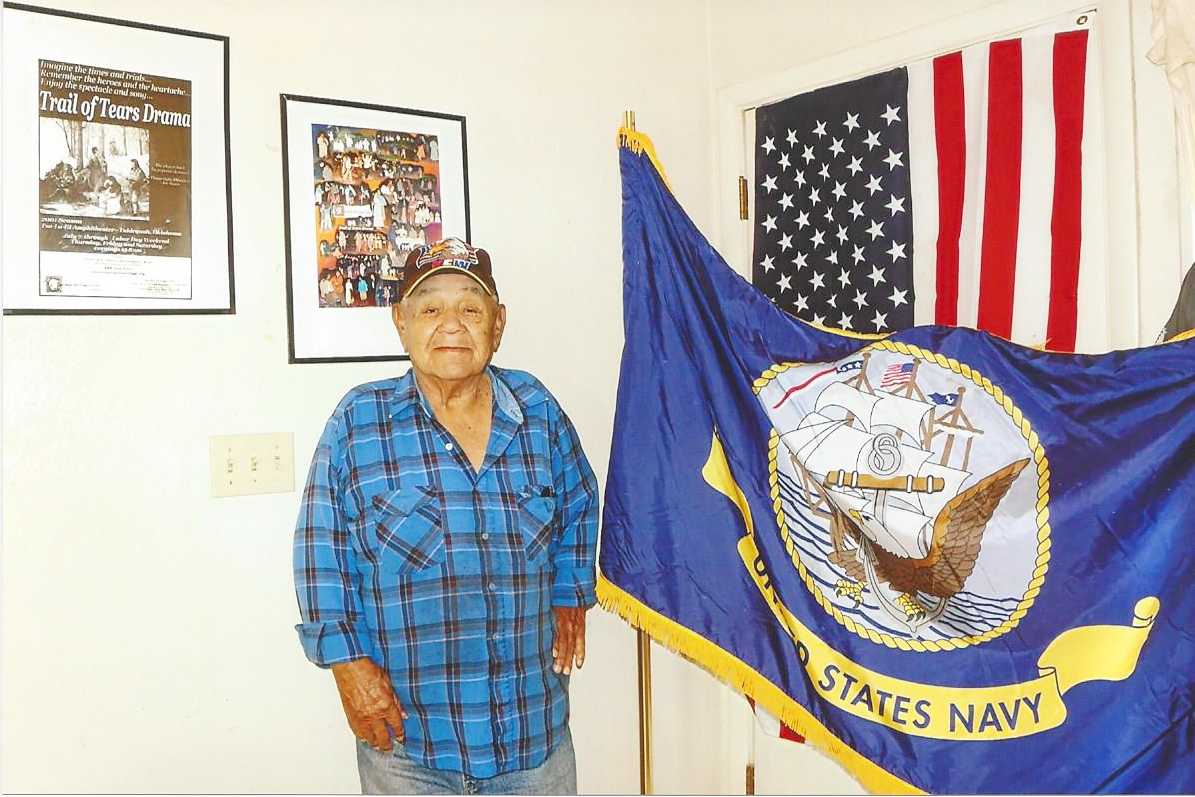